Among U.S. metro areas, nowhere is the coronavirus spreading faster than Fresno, a place where local leaders have been openly defiant of health directives and coronavirus conspiracy theories are rife. The ranking comes from a new analysis by the N.Y. Times that found California is now home to all but two of the top seven metro areas where infections are rising fastest. The others are Salinas, the Inland Empire, Sonora, and Merced. N.Y. Times | KGPE 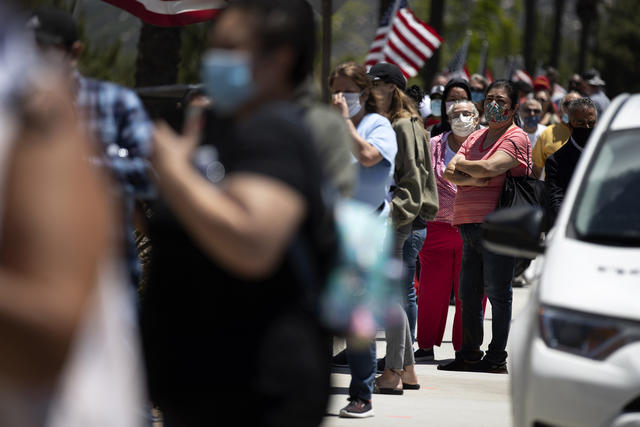 People lined up to get into Viejas Casino & Resort in Alpine as it reopened on May 18.

Throughout the pandemic, San Diego officials have refused to tell where local outbreaks have been occurring. Now KPBS has obtained the data. It showed the highest prevalence of infections at big box stores, restaurants, nursing homes, and jails. Also hit hard: Seven area casinos, which have remained open since May. “It's like a chain reaction," an infectious-disease doctor said. "We're not going to be able to get our hands around this epidemic when there is just this ongoing transmission.” KPBS

California once again shattered its daily Covid-19 record on Monday, adding 62,000 new cases. The state is now averaging roughly 44,000 new cases each day —  more than seven times the figure from six weeks ago. As of Sunday, more than 17,000 people with the coronavirus were hospitalized. A state model predicts that number could rise to 100,000 in the next month. L.A. Times | A.P. 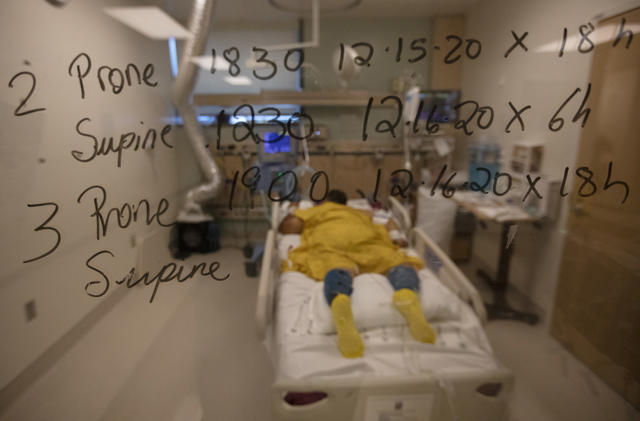 "Wouldn’t be surprised if L.A. rings in the new year as the Covid capital of the world.”
— L.A. County physician in the L.A. Times

Gov. Gavin Newsom said on Monday that it was all but certain that the state would extend sweeping restrictions on public life in Southern California and the San Joaquin Valley before they expire next week. “I think it’s pretty self-evident,” he said. As of Monday, ICU availability in both regions remained at 0%. S.F. Chronicle | L.A. Times

When a passenger fell gravely ill on a Los Angeles-bound flight last Monday, Tony Aldapa's training kicked in. The Los Angeles emergency medical technician performed CPR on the man, knowing that he might be exposing himself to Covid-19. Despite his efforts, the passenger died mid-flight. Now Aldapa says he is suffering from familiar symptoms — headache, cough, body aches. NBC Los Angeles | ABC 7

A fascinating election analysis by the N.Y. Times found that many immigrant neighborhoods across the U.S. shifted toward President Trump since 2016, even as he lost ground in predominantly white urban and suburban areas. In Los Angeles and Orange counties, 87% of precincts with a Latino majority shifted right. One of the most dramatic shifts toward Trump occurred in Orange County precincts with many Vietnamese residents, who essentially switched sides. N.Y. Times 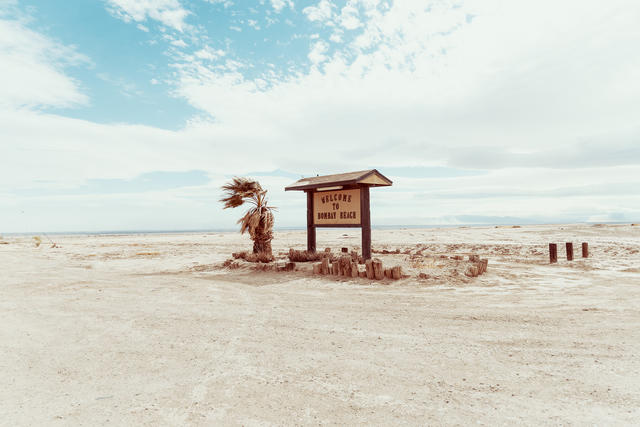 The receding Salton Sea poses a danger to public health.

The Salton Sea, once a tourist mecca of beauty pageants and boat races, is now hurting children. As the lake shrinks, dust from an exposed playa embedded with decades of agricultural runoff billows across playgrounds and baseball diamonds. Asthma rates among local children are triple the national average. High Country News and The Desert Sun collaborated on a project that follows the money spent on fixing the slowly unfolding crisis — or rather the lack of it.

The reporter Ryan Sabalow, a native of rural Siskiyou County and an avid hunter, did a deep dive on the battle over wild horses in Modoc National Forest. The overpopulated herds, while graceful, are an invasive species, he wrote. The Bureau of Land Management wants to reduce them. Horse advocacy groups accuse officials of condemning the animals to "concentration camps.” Something's got to give, wrote Sabalow, but when it comes to horses, "romance has a tendency to trump facts and reason." Sacramento Bee 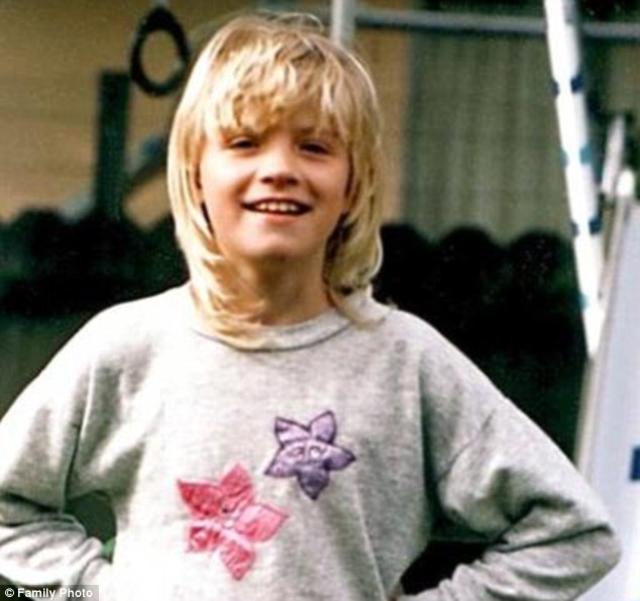 Michaela Garecht was nine when she disappeared from outside a store in Hayward.

Thirty-two years after the disappearance of a 9-year-old Hayward girl named Michaela Garecht, the police have arrested a suspect. Investigators linked David Misch, 59, to a palm print found on the girl's scooter. Garecht vanished after going to a market with a friend in 1988, a cold case that stunned the Bay Area. Her body was never found. “I feel as though I am still looking for Michaela, but now I don’t know where,” her mother said in a statement. “I honestly feel lost in the dark.” A.P. | NBC News 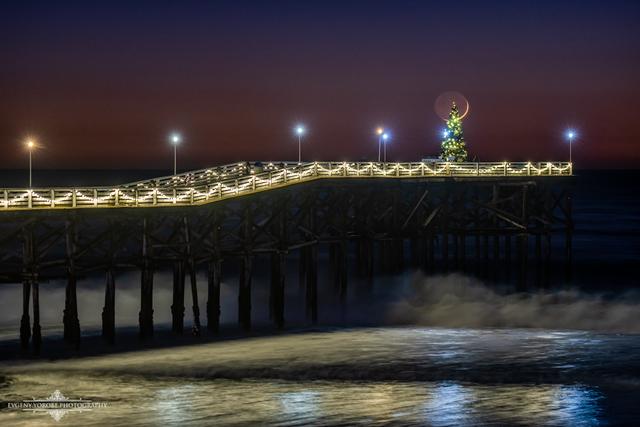 It's a long-held tradition in San Diego to decorate historic Crystal Pier with lights and a Christmas tree each December. A local photographer, Evgeny Yorobe, shared an exquisitely timed view of the tree on Dec. 15, above — with a temporary topper from the heavens. 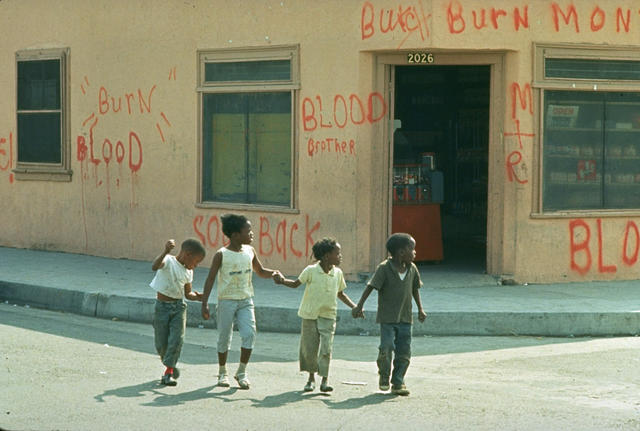 Children crossed the street during the Watts Riots in 1965.

Newspapers and magazines have been rolling out their best-books-of-2020 lists in recent days. A few that intersect with California: