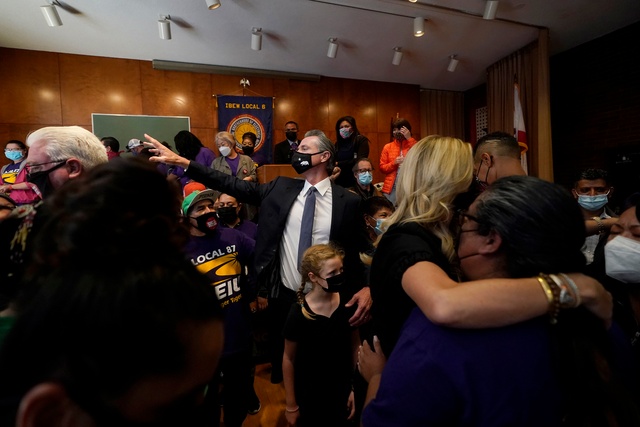 In the end, it wasn't close. With nearly 70% of the expected votes counted, Californians on Tuesday affirmed their support for Gov. Gavin Newsom by nearly a 2-to-1 margin, putting him in a position of renewed strength as he enters the final year of his first term. In a short speech in Sacramento, Newsom said Californians hadn't only said "no" to the recall. "We said yes to science. We said yes to vaccines. We said yes to ending this pandemic. We said yes to people’s right to vote without fear of fake fraud or voter suppression.” L.A. Times | Politico | A.P. 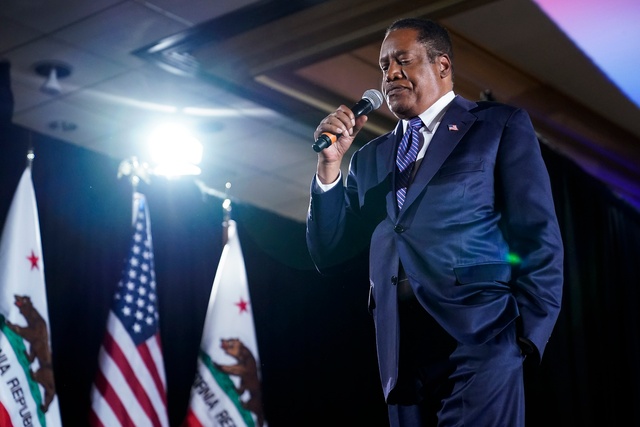 Larry Elder spoke to supporters in Costa Mesa on Tuesday.

Had Newsom failed, Larry Elder would have replaced him. Among the pack of 46 challengers, he collected a whopping 46.9% of the vote according to early results, 37 percentage points ahead of his nearest rival, Democrat Kevin Paffrath. The result could establish the talk radio host as the putative leader of California's Republican Party. Asked about a 2022 run on Tuesday, Elder replied, "I have now become a political force here in California in general and particularly within the Republican party. And I’m not going to leave the stage.” L.A. Times

Other recall odds and ends: 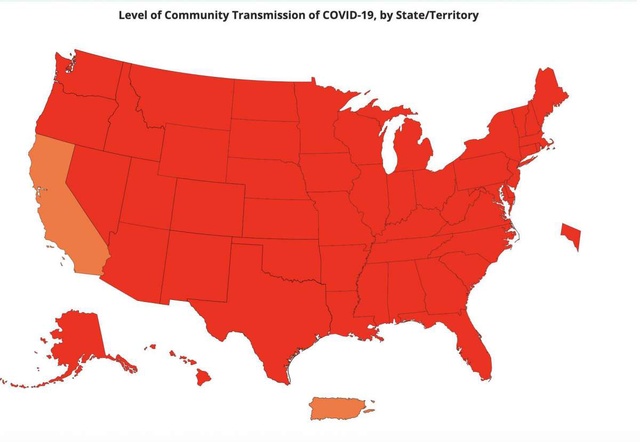 Community transmission levels by state as of Sept. 14. Red is "high." Orange is "substantial."

California is now the only U.S. state to exit the CDC's worst category for Covid-19 transmission, moving from the "high" to "substantial" tier of the agency's color-coded chart. According to data published Tuesday, the country as a whole had a seven-day transmission rate of about 248 new cases per 100,000 people. In California, it was 97.8. State epidemiologist Dr. Erica Pan credited masking and vaccination. S.F. Chronicle | L.A. Times

California's experience is wildly varied. The transmission rate in Shasta County, for example, is 654 cases per 100,000 people. Shasta Ready

California's ebb and flow of coronavirus cases has followed a similar pattern to that of Britain, just a few weeks behind. While California's pandemic trends appear to now be improving, so did Britain's. "But then it went right back up again,” Dr. George Rutherford, an epidemiologist, said at a recent forum. “We need to be careful that this doesn’t happen here.” L.A. Times 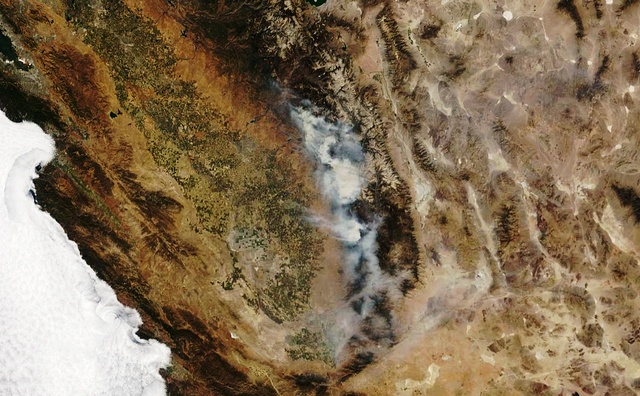 Smoke from the KNP Complex fires swirled over Sequoia National Park on Tuesday.

"The fire has intensified tremendously.”

Lightning-sparked fires in Sequoia National Park quintupled in 24 hours, advancing on Tuesday to within a mile of the Giant Forest, famed for a collection of giant sequoias that includes the General Sherman tree, the largest living thing on Earth. Firefighters were mounting an all-out assault on the KNP Complex fires, now roughly 9 square miles, which also threatened the picturesque community of Three Rivers. “We’ve been painting the mountains red with retardant for the last couple of days,” Park Superintendent Clay Jordan said. L.A. Times | S.F. Chronicle

Top Catholic leaders in California are rising to the defense of Junípero Serra. A bill now on Gov. Gavin Newsom's desk would replace a statue of the Spaniard who helped colonize California on the state Capitol grounds with a monument to native peoples. The Serra statue has been in storage since being toppled by protesters in 2020. The Wall Street Journal published a column by the archbishops of Los Angeles and San Francisco with the headline, "Don’t slander St. Junípero Serra." Catholic News Agency | S.F. Chronicle

For centuries, spring-run Chinook salmon would rest in the cold waters of Butte Creek before spawning. But with the water an astounding 10 degrees hotter in places, what was once a place of life has become one of untimely death. In a beautifully done presentation, the Washington Post reports: "Of the estimated 16,000 spring-run Chinook that made the journey from the Golden Gate Bridge to this curve in a creek and others like it across the Central Valley, about 14,500 have died." 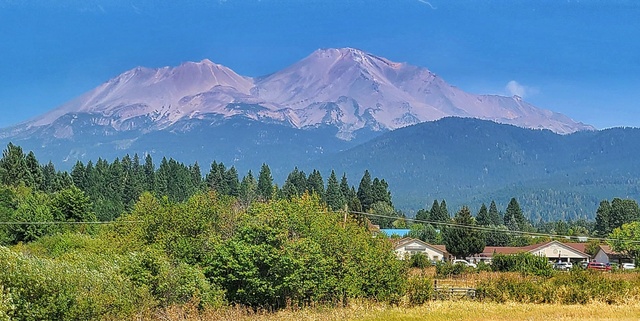 The climatic conditions that have fueled massive wildfires and shriveled California's lakes and crops have also turned Mount Shasta from white to brown. The solitary peak's vanishing snow has not only altered the skyline but also accelerated the melting of glaciers, unleashing torrents of mud, boulders, and trees — "like a cork from a bottle of Champagne," writes Louis Sahagún — that are creating havoc for surrounding communities. L.A. Times 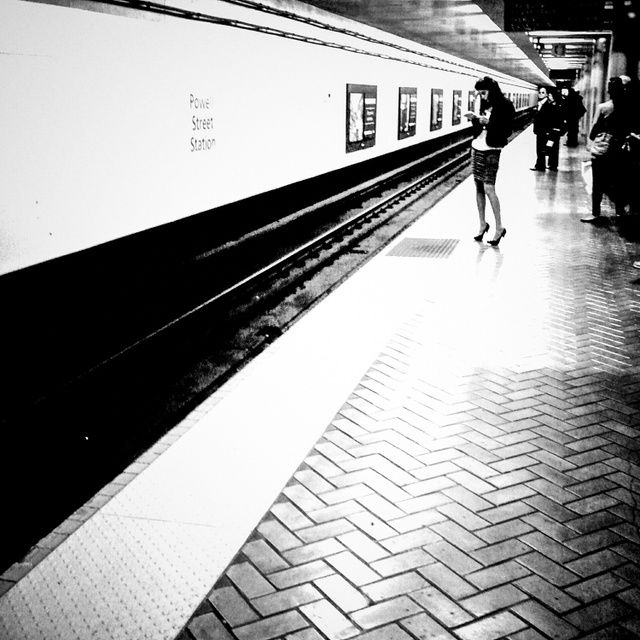 "Everybody was in shock."

In a terrifying midday accident, a BART passenger was pulled onto the tracks by her dog's leash and killed Monday, officials said. Amy Adams, 41, had stepped onto a train at San Francisco's Powell Street station with the dog tethered to her waist, witnesses said. Right as the doors were closing, she stepped back onto the platform and appeared to wave to another person. The dog remained inside. As the train departed, it dragged Adams. KGO | Bay Area News Group

Riverside County Sheriff Chad Bianco, who oversees five jails and county courthouse security, said he would ignore coronavirus vaccine mandates for sheriff's department employees. Describing himself as “the last line of defense from tyrannical government overreach,” Bianco said the government had no authority over people's "health choices.” Richard Carpiano, a public health expert at UC Riverside, said Bianco has been a font of coronavirus pseudoscience. "Dereliction of duty would be an understatement," he said. Press Enterprise | KABC 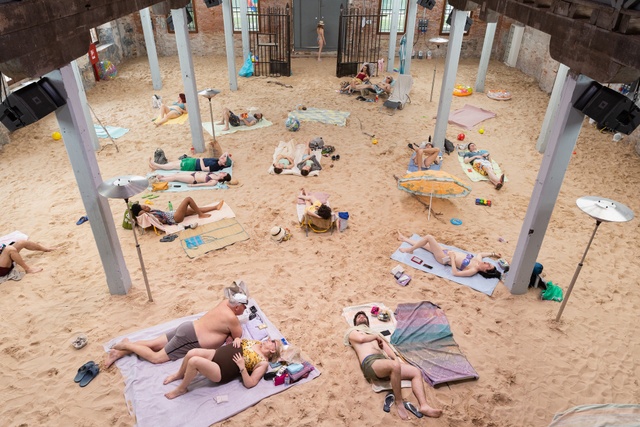 “Sun & Sea” takes place on a casual day at the beach.

The biggest performing arts spectacle of the fall in Los Angeles involves pouring 20 tons of sand into a museum. The winner of the top prize of the 2019 Venice Biennale, “Sun & Sea" portrays the climate crisis through a deceptively relaxing day at the beach. It's an opera, but also a form of endurance art: The production lasts just one hour, but repeats without pause as audiences swap in and out for five consecutive shows. L.A. Times

The newsletter will pause Monday through Wednesday next week.