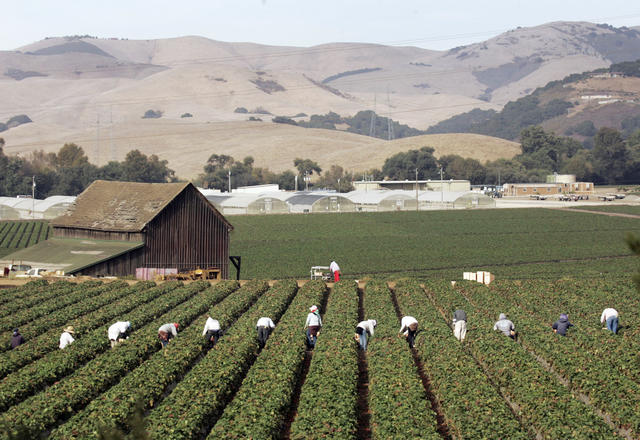 Salinas, home to an $8.5 billion farming industry, is built on the backs of roughly 90,000 farmworkers who earn an average of $17,500 a year. Yet it's among the country's most expensive places to live. That means whole families live in single bedrooms, and a full third of people lack reliable access to food. The Californian

Fire experts have been saying for years that California needs to drastically expand its use of prescribed burning to reduce the threat of monster wildfires. But progress has been agonizingly slow. Stanford researchers interviewed experts in the public and private sectors to find out why. Just about everyone cited the same thing: fear of liability in the event of fires escaping. Sacramento Bee | Ars Technica 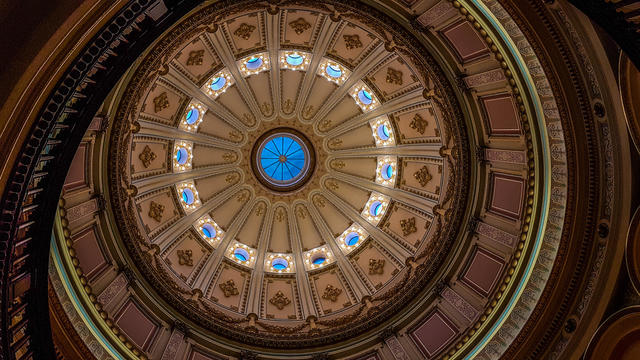 The interior of Sacramento's Capitol dome.

Gov. Gavin Newsom wants to add state agencies dedicated to cannabis, early childhood development, and workforce training, among other new offices and divisions. He's also sharply increased spending on staff in his own office. The expansion of government has alarmed some observers. It's easy to grow when times are flush, a policy expert said. But "in the long term, when it's time to adjust, it's almost impossible to kill these things." Sacramento Bee

Uber is experimenting with letting drivers set their own fares. It's part of a strategy to ward off California's new gig-worker law, by showing that the drivers are independent workers and not employees. Some drivers will be able to ask for up to five times the fare Uber sets. S.F. Chronicle | Bloomberg

The gig law has faced an intense backlash from freelance writers and others who say they are losing work. The bill's author said many people are confused. "I just don't think a lot of people have read the bill," she said. USA Today

Prosecutors and police regularly gain access to private messages on Twitter and Facebook to build criminal cases. Yet when defendants seek similar communications that could be exculpatory, the answer is no. In one case, attorneys say the tech giants are refusing to share evidence that could prove the innocence of a man facing a possible death sentence. S.F. Chronicle

Oakland became the first city in California to bar landlords from running criminal background checks on prospective tenants. Supporters said the measure, known as the "fair chance housing" ordinance, ensures that people coming home from prison are able to reintegrate into society. Berkeley is eyeing its own ordinance. East Bay Times | S.F. Chronicle 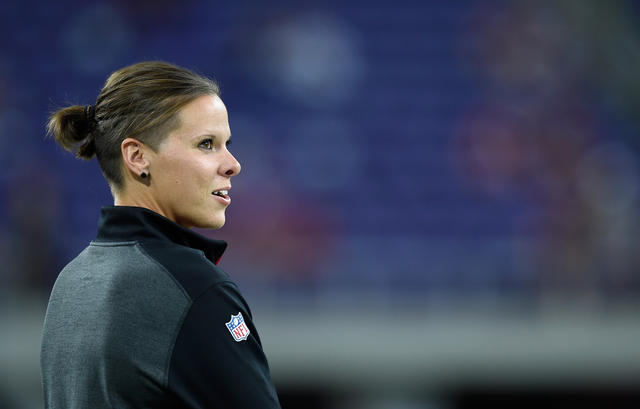 Katie Sowers is just the second woman to hold a full-time coaching position in the NFL.

The 49ers' Super Bowl run has turned a spotlight on Katie Sowers, an offensive assistant who will be the first female and openly gay person to coach in football's biggest game. Sowers, 33, was stung early in her career when she was refused a coaching position over her "lifestyle," she said. Now she's on top of the world. "I see young girls out there almost every game," she said, "and someone's mom or dad is yelling to me, saying, 'My daughter wants to play football' or, 'My daughter is going to be a coach.'" The Guardian | People 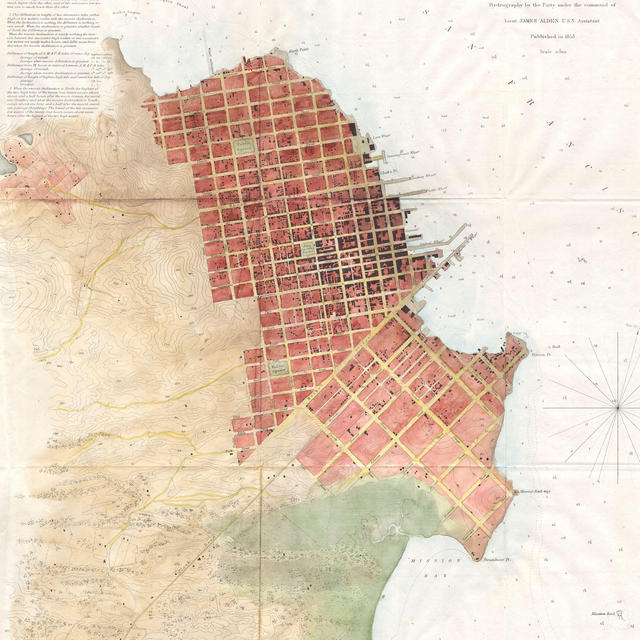 Whereas most cities bend their streets around hilly terrain, San Francisco plopped down a series of grids — irrespective of topography — resulting in the sort of steep streets pictured below. The reason traces to the Gold Rush, when the city's populace was nestled within an orderly settlement on the northeast corner of the peninsula. In the scramble to expand, the grid pattern was simply rolled out like carpet over hills and valleys on a path to the ocean.

"Thus is woven the tale the streets tell," wrote Florence Lipsky, the author of "San Francisco: The Grid Meets the Hills," "showing us that San Francisco's identity resides more in the ebb and flow of its streets than in the Transamerica Tower." S.F. Chronicle 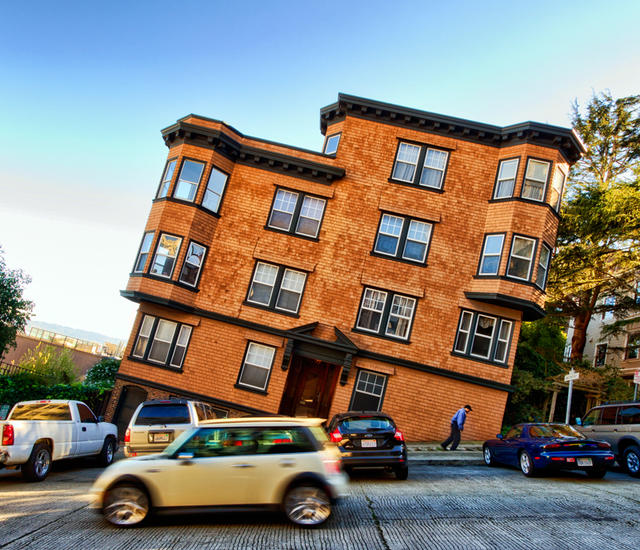 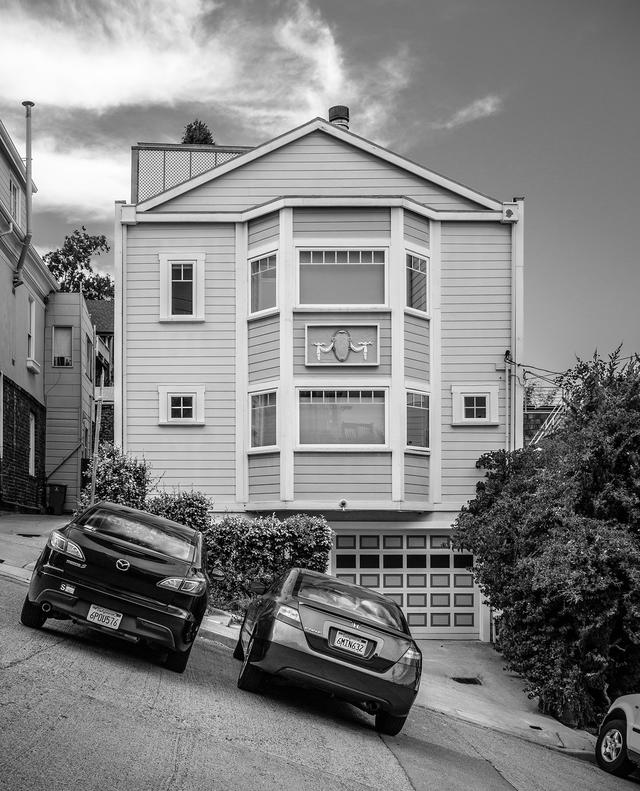 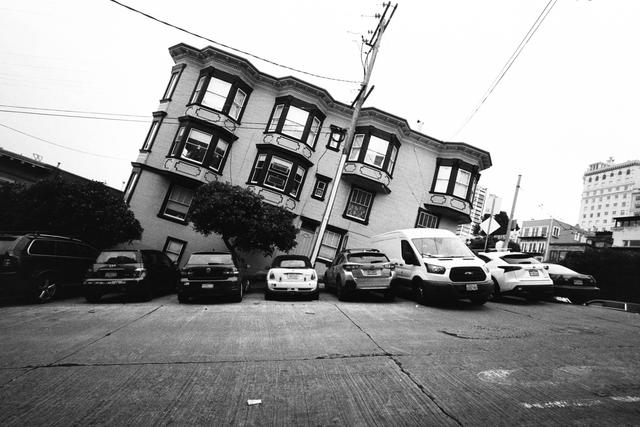 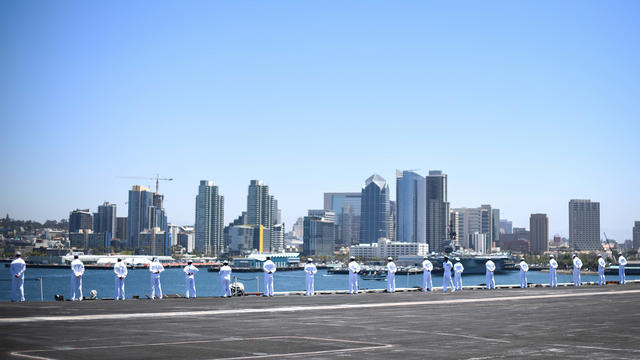 Sailors stood on the USS Theodore Roosevelt with the San Diego skyline in the background. Two more carriers are coming to the city.

San Diego is home to the nation's largest concentration of military personnel. Now the region is poised to add two more aircraft carriers as the Abraham Lincoln and Carl Vinson make San Diego their home port this year. The ships, with 3,000 sailors attached to each, are expected to add strain to the local housing market, but also as much as $1.6 billion in economic activity. S.D. Union-Tribune | KGTV

The Abraham Lincoln arrived in San Diego this week after a grueling 10-month deployment. It was an emotional reunion. KPBS | S.D. Union-Tribune

Michael Avenatti, the Los Angeles lawyer and onetime presidential aspirant, is being kept in solitary confinement for "his own safety" ahead of his trial on extortion charges, the prison's warden said. Avenatti's attorneys have complained that the cell is freezing and the conditions are hampering his defense. Washington Post | CNN 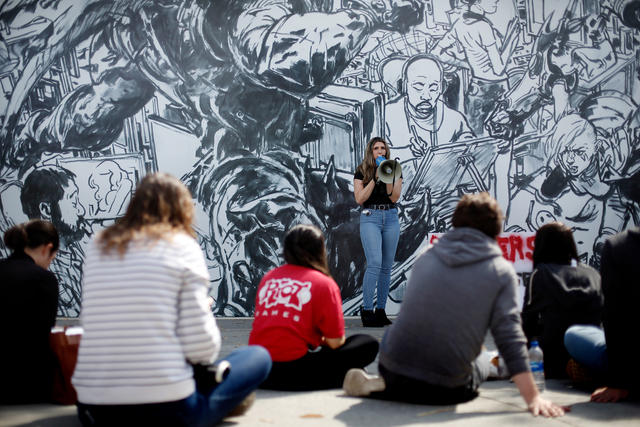 Workers staged a walkout at Riot Games in Los Angeles last May.

In 2018, two women who had worked at Riot Games sued the Los Angeles game studio, alleging they were routinely subjected to sexual harassment and gender discrimination. In December, a settlement of $10 million was reached. Then two state agencies weighed in, saying the figure was way too low. The appropriate amount, they said: "over $400 million." L.A. Times | Bloomberg

The Los Angeles City Council voted unanimously to ask the commissioner of baseball to award the Dodgers the 2017 and 2018 World Series titles in the wake of a sign-stealing scandal. "They got beat by teams that were cheating," a council member said. "We know that the Astros cheated, and they were advantaged by it." L.A. Times | NBC News