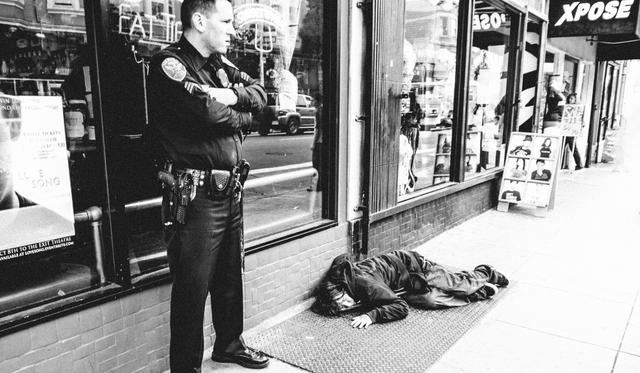 The Supreme Court declined to hear a major case on homelessness, letting stand a ruling that allows people to sleep outside if no other shelter is available. The outcome was a setback for city officials in California who said it undercuts their ability to regulate sidewalk encampments. NPR | Curbed

People are getting rich off PG&E's bankruptcy. Lawyers and consultants have made $217 million since January. Banks have raked in $114 million in financing fees. Hedge funds playing both sides stand to make billions. And it's ordinary Californians who will pick up the bill. A bankruptcy expert: "As a ratepayer, it can be strange to watch all of these investors making money off PG&E while feeling kind of helpless, because chances are our rates are going to go up in the years to come." KQED 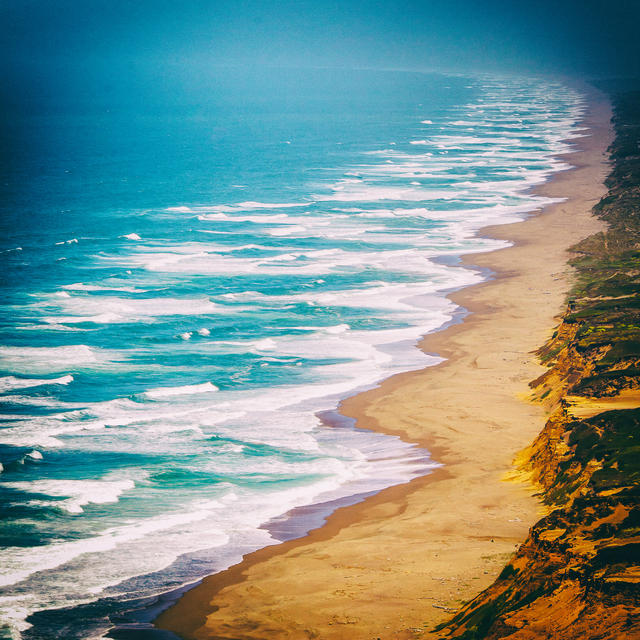 California's coastal waters are acidifying twice as fast as the global average, a study found. Ocean water is normally slightly basic, or alkaline, but it's becoming increasingly acidic as it absorbs more of the world's carbon emissions. That threatens California's most important seafood, including the market squid, Dungeness crab, and spiny lobster. NBC News | L.A. Times

California's gig economy law was intended to protect workers from exploitation at companies like Uber and Lyft. But it's putting freelance writers and editors out of work. Vox Media is the latest company to revamp its relationship with California, cutting 200 freelance positions to comply with the law. Sacramento Bee | Hollywood Reporter

The rationale behind gang enhancements — charges that can add years to felony sentences — is that they hold gang members accountable for the fear they strike in communities. Critics of the practice say they're arbitrary and racist. Now San Francisco's newly minted district attorney, Chesa Boudin, is poised to do away with them. S.F. Chronicle 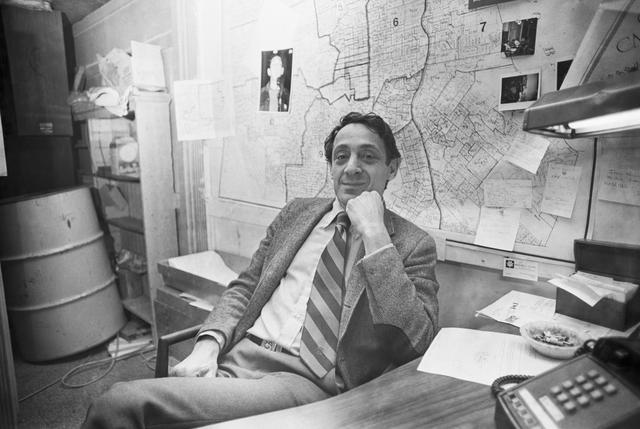 The Navy has begun building a ship named after Harvey Milk, four decades after the San Francisco supervisor was assassinated and six decades after he was kicked out of the military over his sexual orientation. The USNS Harvey Milk, a fleet oiler, will resupply fuel to other ships at sea. "It really does send a message of hope," his nephew said. N.Y. Times | S.D. Union-Tribune 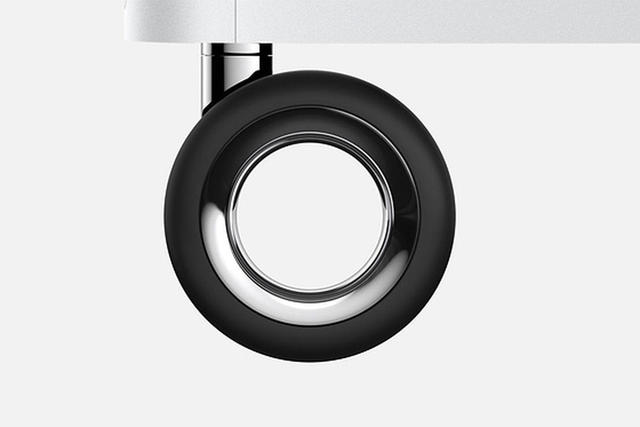 Fun fact: Apple is worth more than the entire American media industry, including Netflix, Comcast, Disney, and all the major news publishers and TV channels. N.Y. Times

When your clothes are extremely cheap, this is the reason. An investigation of the e-commerce juggernaut Fashion Nova found that its clothes are made by workers, many of them undocumented, who are paid as little as $2.77 an hour at Los Angeles factories. "It has all the advantages of a sweatshop system," a labor expert said. N.Y. Times | Refinery29 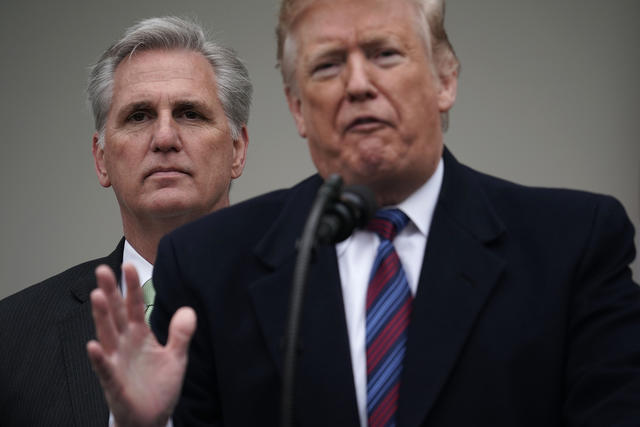 Rep. Kevin McCarthy has been one of the president closest allies in Congress.

Democrats this week are poised to make President Trump the third president ever impeached. But despite a damning pile of evidence, House Republicans are expecting zero defections on the floor. That's thanks in part to Kevin McCarthy, the House minority leader from Bakersfield, who kept Republicans in lockstep by bringing his rivals into the fold quickly. Politico

Harvey Weinstein gave his first interview in more than a year. The film producer who has been accused of sexual misconduct by more than 80 women said he should be remembered for helping women in Hollywood. "I feel like the forgotten man," he said. "I made more movies directed by women and about women than any filmmaker." In a statement, his accusers said, "He will be remembered as an unrepentant abuser who took everything and deserves nothing." New York Post | N.Y. Times 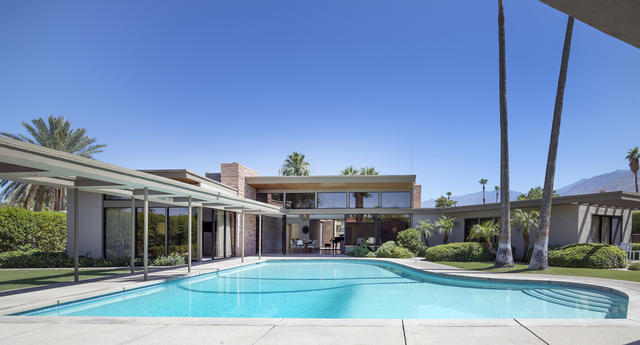 When Frank Sinatra started visiting Palm Springs in the 1940s, he helped spark its transition from a sleepy village to a playground for Hollywood royalty. One day, he strode into architectural offices of E. Stewart Williams and asked them to build him a Georgian style house. Mortified, Williams offered an alternative more fitting for the desert environment: a single story house with clean lines, flat roofs, walls of windows, and indoor-outdoor living spaces. The blue-eyed singer agreed. The result, Twin Palms, pictured above, is regarded as a quintessential example of the style known as desert modernism. If you have $2,500 to throw around, you can spend the night there. dezeen | WNYC 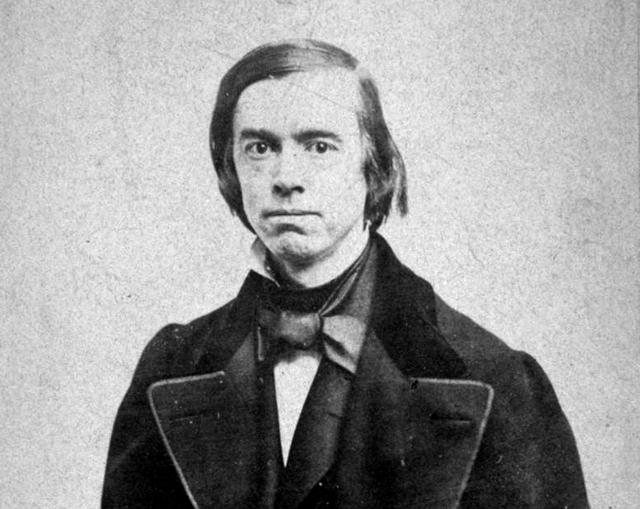 "As the heart is kindled and ennobled it pours out feeling and interest, first upon family and kindred, then upon country, then upon humanity. The home, the flag, the cross, these are the representatives or symbols of the noblest and most sacred affections or treasures of feeling in human nature."
— Thomas Starr King

California was riven by debates over slavery during its formative years as a state.

In 1859, the trading of insults between the pro-slavery California jurist David Terry and U.S. Sen. David Broderick, an abolitionist, led to a duel and Broderick's untimely death. That same year, the governor signed a bill to bisect California with supporters eager to introduce slaves into the lower part of the state. It failed only because the U.S. Congress was too preoccupied by the Southern secession crisis to take it up.

During the presidential election of 1860, all four members of California's congressional delegation campaigned for the pro-slavery Democrat, John C. Breckinridge.

Into this uncertainty stepped a Unitarian minister in San Francisco named Thomas Starr King, born on this day in 1824. 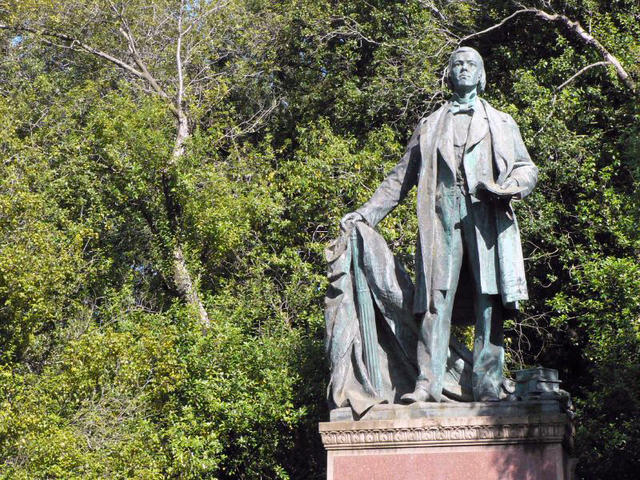 A statue of Thomas Starr King at Golden Gate Park.

King held a strong belief in equality and he embarked on a statewide lecture tour, speaking in churches, town squares, and mining camps, about the patriotic duty to preserve the Union. A delicate man, standing just 5'2" and weighing about 120 pounds, he encountered hostile crowds and death threats. But his oratory, as one contemporary author put it, "held within it all the sweetness of the harp when struck by a master hand, all the power and solemn grandeur of a great cathedral organ."

Within a few years, King was dead at the age 39. The rigors of his speaking tour were said to have left him exhausted and he was overcome by diphtheria then pneumonia. On his deathbed, he turned to his wife and told her he could see the future. "It already looks grand, beautiful," he said. "Tell them I went lovingly, trustfully, peacefully."

A decade ago, California Republicans orchestrated a move to replace a statue of Thomas Starr King at the U.S. Capitol with a sculpture of Ronald Reagan. Historians were appalled. Daily Beast | McClatchy