Months before a pending recall vote, Gov. Gavin Newsom is at risk of being listed on the ballot without a designated party preference. The governor and his staff failed to submit paperwork in time that would have gotten the words "Democratic Party" listed next to his name. On Monday, he sued his own handpicked secretary of state, Shirley Weber, for not smoothing over the error. "The unforced errors," an L.A. Times reporter tweeted, "are astounding." Courthouse News Service | Politico 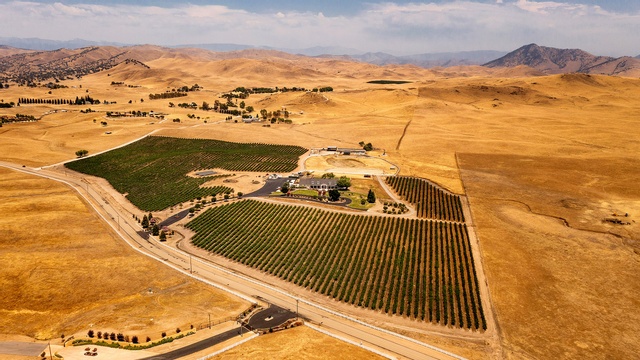 Parched farmland near Sanger on June 17.

Water scarcity is presenting California's rice farmers with a wrenching choice: Would it make better business sense to sell their water than to grow rice? Seth Fiack, a grower on the banks of the Sacramento River, chose to sell. “You want to sit there and say, ‘We want to monetize the water?’ No, we don’t,” he said. “It’s not what we prefer to do, but it’s what we kind of need to, have to.” N.Y. Times 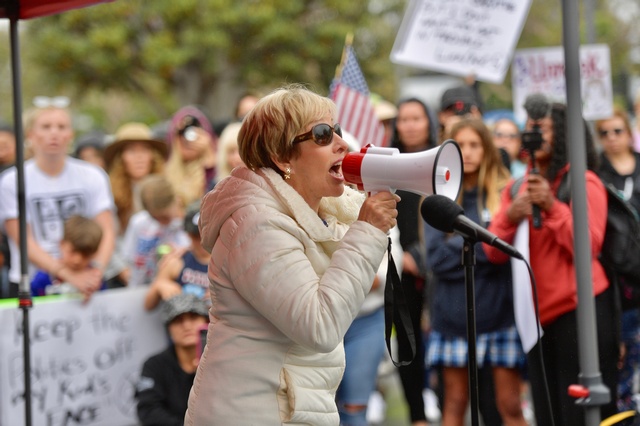 Peggy Hall told a crowd that Covid-19 isn't real during a protest in Costa Mesa on May 17.

America is emerging from the pandemic, but for a "mega-network" of anti-vaccine moms, government skeptics, conspiracy theorists, and others, the battle is far from over. A reporter spent six months interviewing activists in Southern California, an epicenter of the movement. “This is a humanitarian issue,” said Jason Lefkowitz, an anti-vaccine organizer. “It is about our civil liberties being taken away over a made-up pandemic. It is a global war over everything.” Washington Post 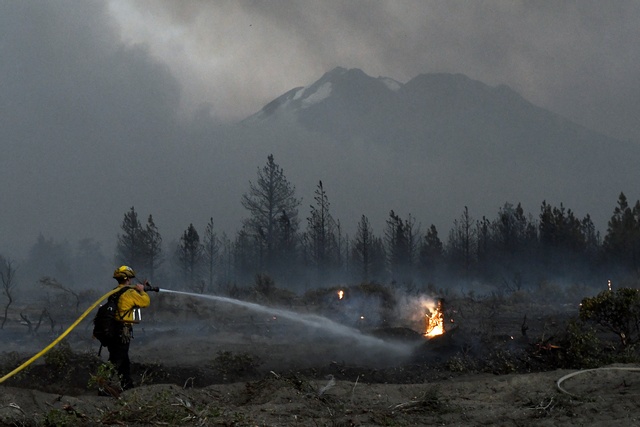 A firefighter cooled down hot spots after the Lava fire swept through an area north of Weed on Monday.

A wildfire propelled by powerful winds in Siskiyou County nearly tripled in size between Monday and Tuesday, covering more than 20 square miles. Roughly 8,000 residents have been displaced by the Lava fire, which is one of several blazes ignited by lightning last Friday. In a startling admission, a fire official apologized to residents during a town hall, saying crews initially left the site of fire on Friday, believing it was no longer a threat. Then it rekindled. KRCR | Record Searchlight 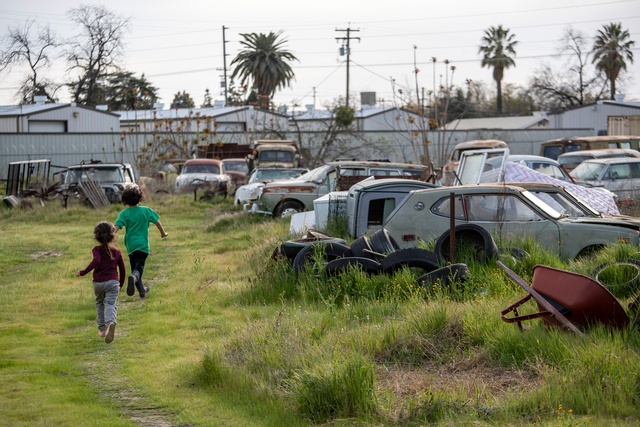 Children played on a property owned by Frank Carson in Turlock.

Frank Carson, a Modesto defense lawyer known for his jugular instincts, spent his career accusing police of corruption. Then he found himself on trial, accused of being the kingpin of a sprawling murder conspiracy. The person who helped spark the case: Kirk Bunch, a detective who had faced blistering personal attacks from Carson in the courtroom. The star witness: Robert Woody, a meth-using braggart who even prosecutors acknowledged lied repeatedly.

L.A. Times reporter Christopher Goffard spent two years investigating what would become the second-longest murder trial in the history of the California criminal courts. The result is a brilliant piece of journalism, gorgeous in its prose and jaw-dropping in its details, told in three parts. 👉 Part I | Part II | Part III

San Jose became the first city in the nation to require that gun owners compensate taxpayers for gun violence. A little more than a month after the San Jose rail yard mass shooting, the City Council unanimously approved ordinances mandating annual fees and liability coverage for firearm purchases. “We won’t magically end gun violence," Mayor Sam Liccardo said after the vote, "but we stop paying for it." KRON | S.F. Chronicle 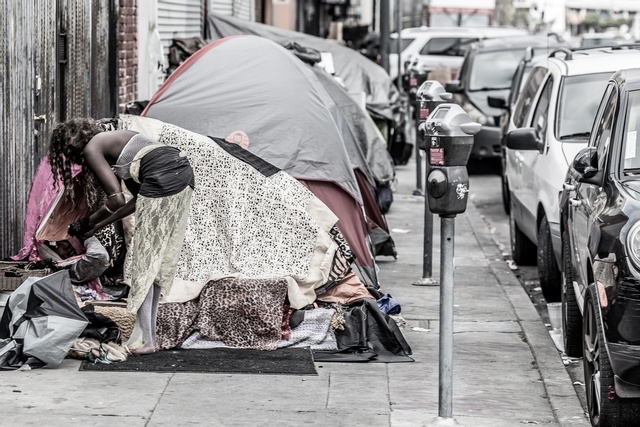 In an abrupt shift, the Los Angeles City Council moved Tuesday to bar homeless people from camping near schools, parks, libraries, and other “sensitive” facilities. Councilman Paul Krekorian said Angelenos deserve to regain public spaces now occupied by tents. “They want to be able to use their parks and their sidewalks and their libraries,” he said. Dissenting, Councilmember Mike Bonin said the city has too few beds for the homeless. "Where are people left to go?” he said. L.A. Times | KTLA 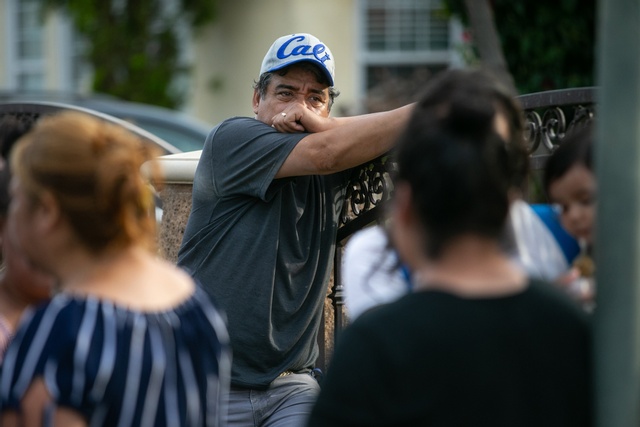 Neighbors reacted outside the home where three children were found dead in East Los Angeles.

The authorities arrested the mother of three young children who were found dead on Monday in an East Los Angeles home. Sandra Chico, 28, was being held on suspicion of murder after deputies responding to a call discovered her children not breathing and were unable to revive them. Chico was home. The children were Mia Camila Rodriguez, 4; Mason Mateo Rodriguez, 3; and Milan Mateas Rodriguez, who was born on May 5 of this year. L.A. Times | CBSLA

A Los Angeles spa was facing threats of a boycott after a viral video showed a customer complaining that a transgender woman with male genitals was allowed to disrobe in the spa’s female section. “I just want to be clear: It’s OK for a man to go into the women’s section, show his penis around the other women, little girls, underaged,” the woman filming says. “Wi Spa, you condone that. Is that what you’re saying?” The spa defended its actions, saying California law makes it illegal to discriminate against trans people. Plans for a protest and counterprotest were set for Saturday. Los Angeles magazine

In a divided country, a communal Hollywood apartment building is trying to redefine togetherness. At Treehouse, residents of many ages and from myriad walks of life conduct their lives largely in common view. “I’ve never been big on family,” said Jason E. C. Wright, the community’s librarian. “Very much an isolationist, a loner. But I would fight for this community.” New Yorker

In the 1930s, the city of Ontario began holding an annual picnic that featured a long table with sections designated for each of the 48 U.S. states. The idea of the All States Picnic was to pay tribute to residents' varied origins. Reminiscences flew between meal companions. In an oral history, Sandi Willis recalled the main topic at the Iowa table: “You know they missed the four seasons. That’s the one thing they always talked about, about how they miss the four seasons — but [they] did not want to live in snow any longer.”

As the picnic’s popularity grew, so did the table, stretching to more than a mile and drawing as many as 120,000 people. A 1941 Ripley's Believe It or Not! cartoon declared Ontario’s picnic table the “world’s longest.” In time, the tradition waned as local-born residents increasingly outnumbered transplants. It’s still held every July Fourth, but now plays second fiddle to the parade.

LIFE dispatched photographer Allan Grant to chronicle the All States Picnic in 1948, when postwar optimism was surging. See a selection of his images below, and many more here. 👉 Google Arts & Culture 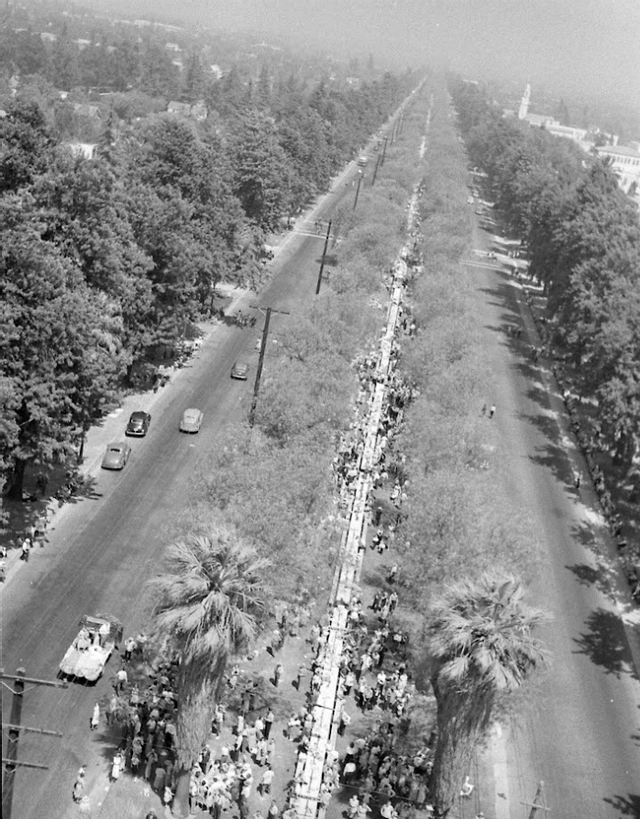 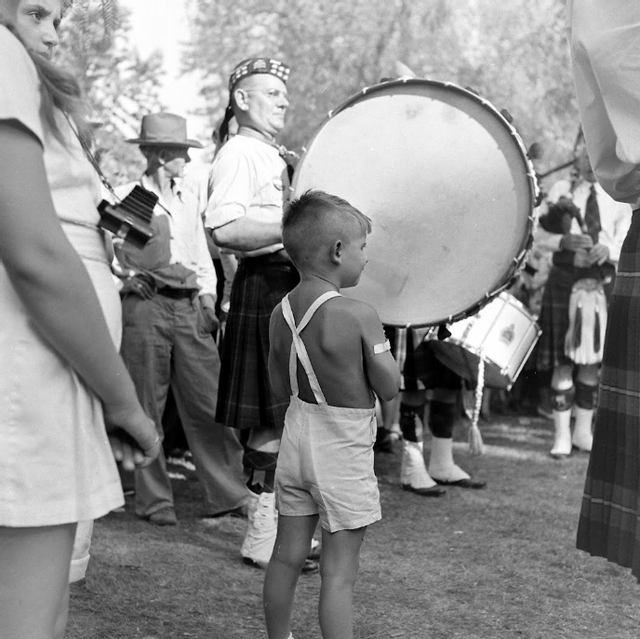 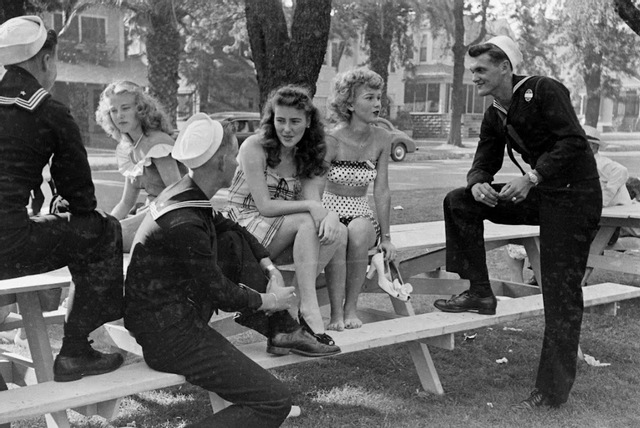 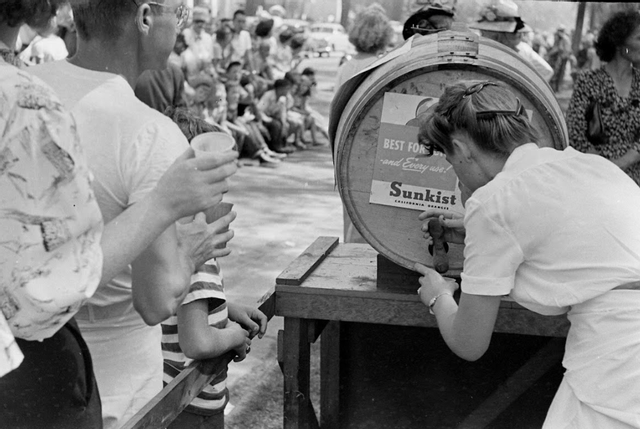 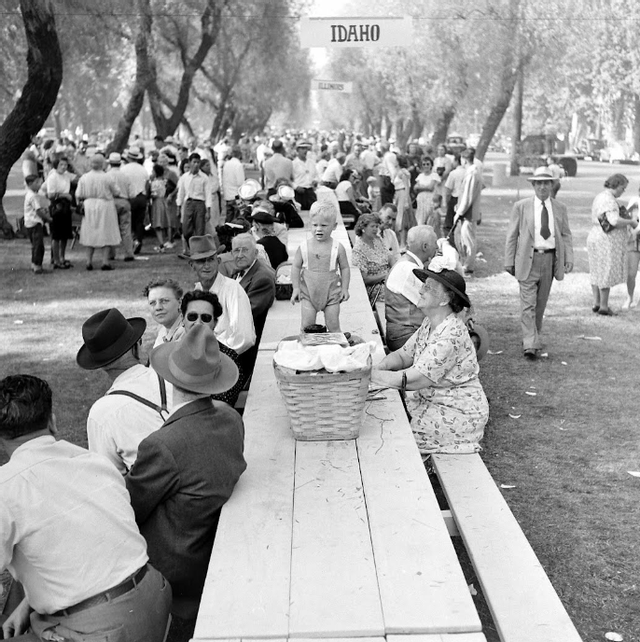 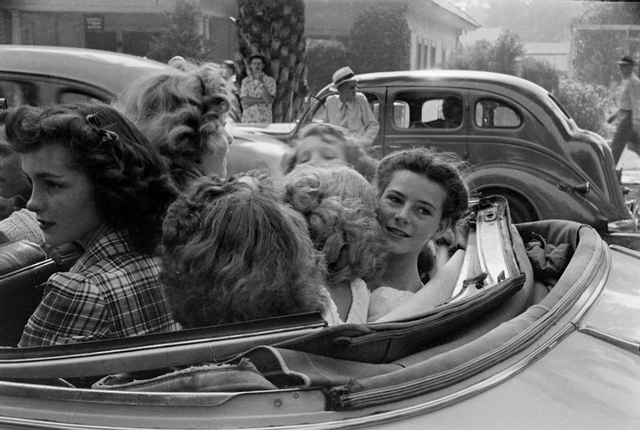 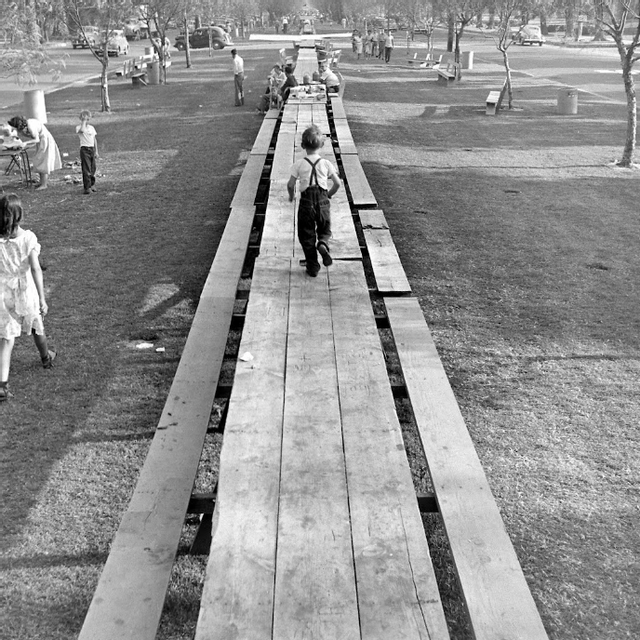