In September, both chambers of the state Legislature unanimously approved a measure to expand college aid. The legislation was the culmination of years of campaigning to reduce college costs and would have extended eligibility for the Cal Grant, the state's biggest financial aid program, to an additional 150,000 students. Last Friday, Gov. Gavin Newsom vetoed it, calling it too expensive. CalMatters 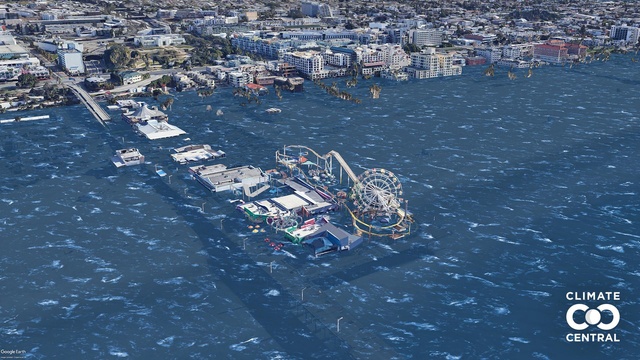 ☝️ Here's what could happen to Santa Monica Pier with unmitigated warming.

That's according to a new study by climate researchers that visualizes what 3 degrees Celsius of warming above preindustrial levels might mean for sites around the world. In the most dire scenarios, scientists say the planet could hit that threshold by the 2060s, causing a gradual rise of the seas over a span of centuries that swallows our cities. CNN | The Guardian 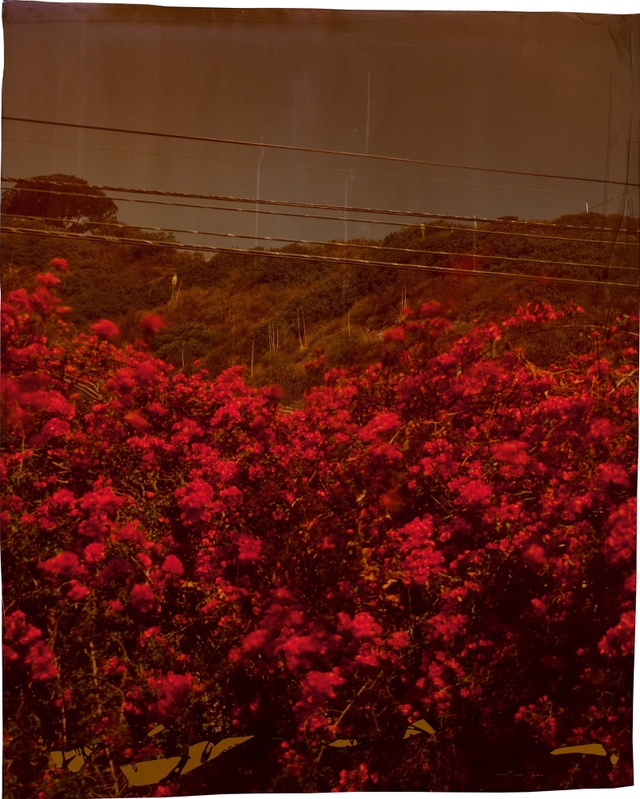 Early photographers of the American West strapped heavy equipment onto mules and hiked for days into the wilderness. A century and a half later, with a camera in every pocket, those old ways are generally long forgotten — but not by John Chiara. The San Francisco photographer shoots California using handmade box cameras as large as a small elephant that he hauls on a trailer and positions in front of his subjects. To make a photo, he climbs inside the camera and manipulates the exposure of photographic paper. A single shot can take half a day. "The subject of my work," Chiara once said, "is photography itself.” The results have been called luscious, moody, and magical. Lens Culture | Guernica

Walgreens said Tuesday it would close another five stores in San Francisco, attributing the decision to retail crime. Company officials said rampant shoplifting was not only hurting the bottom line but also endangering the stores' employees. All told, Walgreens has closed 22 San Francisco locations in five years. S.F. Chronicle | SFGate.com

In July, Target said it would start closing all of its San Francisco locations early because of retail crime. KGO 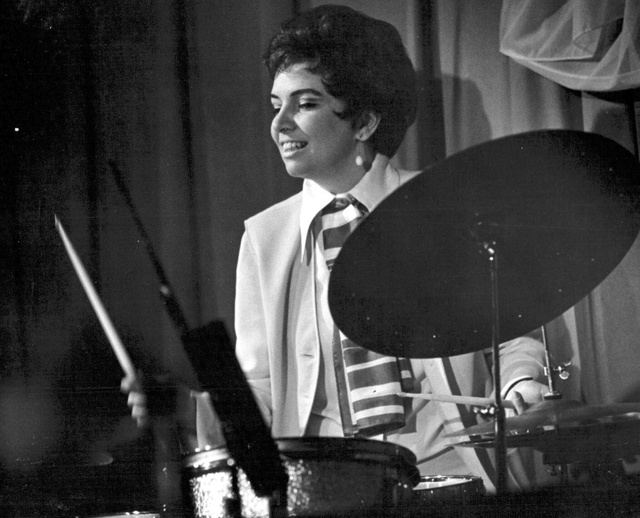 Dottie Dodgion at Basin Street East in Manhattan in 1961.

Dottie Dodgion, a rare high-profile female drummer in the jazz world of the 1950s and ’60s, died on Sept. 17 in a hospice center in Pacific Grove. Dodgion played with figures such as Charles Mingus, Benny Goodman, and Marian McPartland. One night in 1961 while playing with Goodman, the bandleader failed to recognize Dodgion as he name-checked band members. The crowd demanded an introduction, then gave her a standing ovation. Goodman's manager later whispered "Bye" in Dodgion's ear, indicating she was fired for showing up the boss. At age 90, Dodgion played her last set on March 12, 2020, at the Inn at Spanish Bay in Pebble Beach. Shortly afterward, the regular gig was canceled because of the pandemic. New Yorker | N.Y. Times

In 2017, a Fresno police officer fatally shot an unarmed 16-year-old. After a four-year battle, the boy's mother, Christina Lopez, won a $4.9 million settlement with the city. Now she's behind bars. Prosecutors have accused Lopez of using her settlement to buy guns for members of a Fresno gang. Fresno County District Attorney Lisa A. Smittcamp called it "some of the most despicable behavior I’ve ever seen from a human being.” Washington Post | Fresno Bee 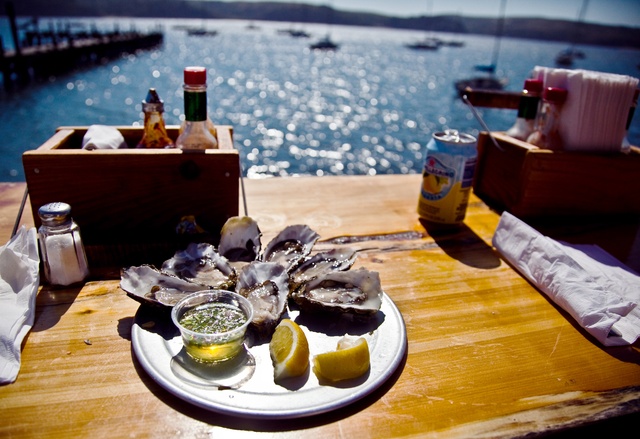 An oyster bar on Tomales Bay made The New York Times' 2021 list of the 50 most exciting restaurants in America. Marshall Store is a tiny family-owned restaurant perched directly on the shore right off of Highway 1. The oysters are farmed on location, served smoked, barbecued, and raw to patrons seated at communal tables on the deck. It's said to be a fine way to spend a sunny afternoon on the coast.

Also on the list: Mister Jiu's, Nari, and The Anchovy Bar in San Francisco; Pearl River Deli and n/naka in Los Angeles; and Mini Kabob in Glendale. 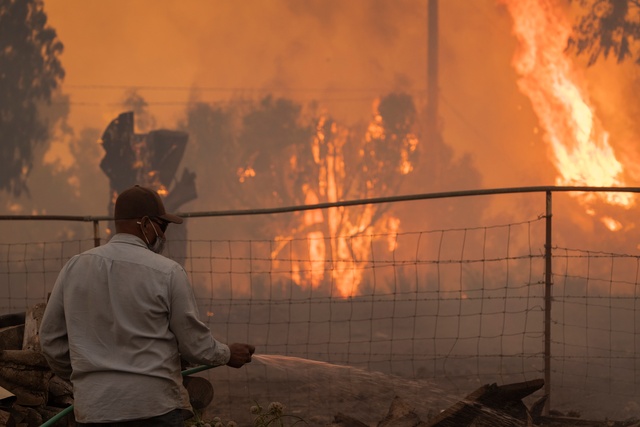 A ranch hand sprayed a hose as the Alisal fire loomed on Tuesday.

A wildfire outside Santa Barbara more than tripled in size from the day before, reaching 21 square miles by late Tuesday. With just 5% of the blaze contained, the Alisal fire has raced through an area lightly populated with ranches, including one once owned by Ronald Reagan. Highway 101 remained closed in both directions. Forecasts called for winds to pick up again Thursday, prompting PG&E to issue its second outage warning of the week, telling 29,000 customers they could have their power cut. A.P. | KTVU

Amazon dropped a planned warehouse in El Cajon after San Diego County leaders advanced a plan to require that employers on county-owned land pay a "prevailing wage," essentially the going rate for an occupation. Labor leaders heralded the ordinance as a way to lift working families out of poverty. Critics, including the city of El Cajon, warned that it would be financially disastrous, especially among disadvantaged communities where jobs could evaporate. Vice 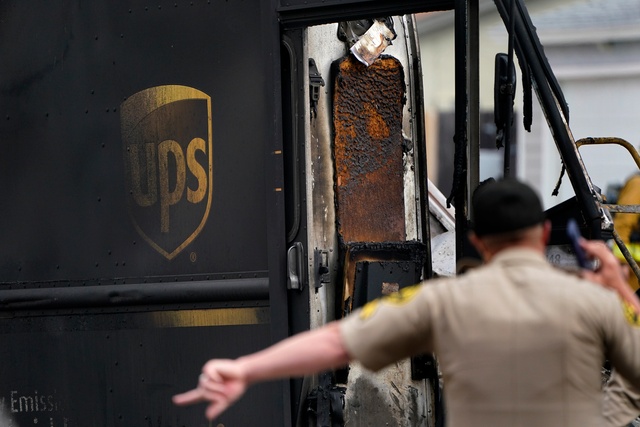 Steve Krueger's burned truck at the scene of the plane crash in Santee on Monday.

The UPS driver killed by a small plane that careened into a San Diego suburb on Tuesday was just months from retirement. Steve Krueger, 61, worked for the delivery company for 30 years. A snow lover, he had recently bought a home near Mammoth Lakes where he planned to spend much of his time. NBC San Diego

Aviation experts suspect disorientation or a medical emergency may have played a role in the crash. NBC San Diego | A.P.

The U.S. will open its borders with Canada and Mexico to nonessential travel in November, ending a 19-month freeze imposed during the pandemic. Only vaccinated travelers, however, will be allowed to cross. Mexico had pressed the U.S. for months to ease restrictions that have separated families and curtailed leisure trips. N.Y. Times | A.P. 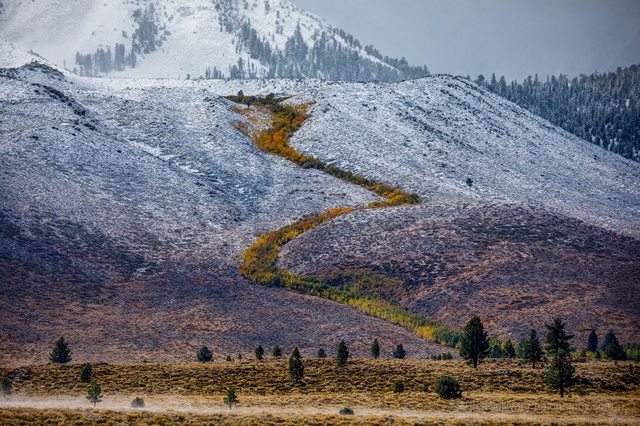 ☝️ This is what it looks like when fall and winter collide in the Eastern Sierra.

The famous fall show of the Eastern Sierra, when the aspens, cottonwoods, and willows don bright colors against a backdrop of soaring peaks, lasts just a few weeks every September and October. Even more fleeting — and dazzling — is when the tableau is draped with a dusting of early winter snow, as happened late last week. A few photographers shared their favorite pictures. 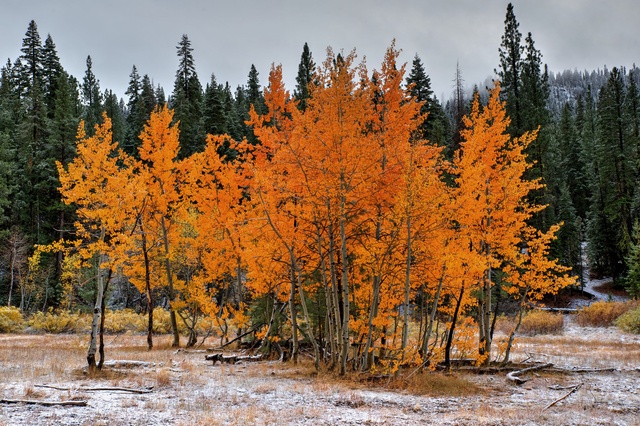 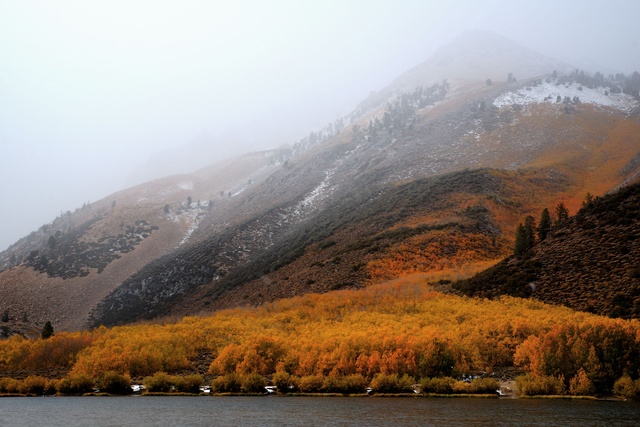 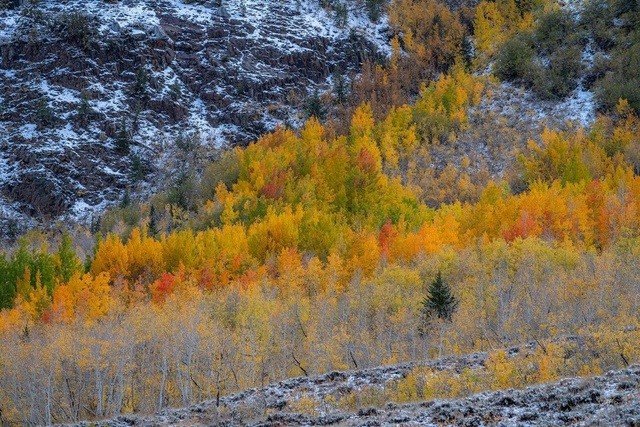 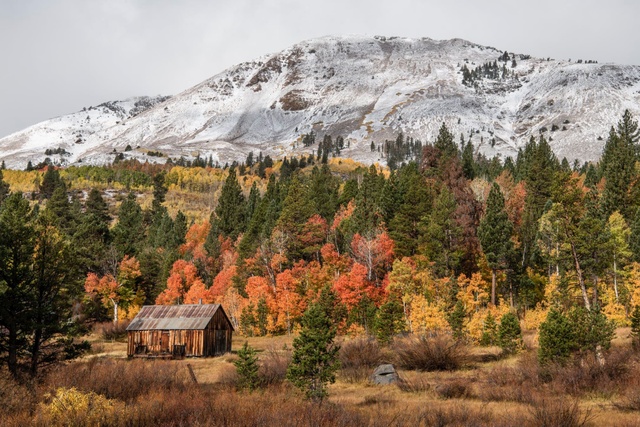