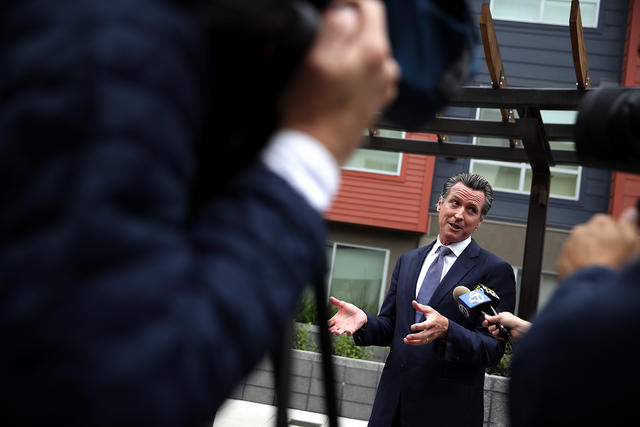 Gavin Newsom talked with the media as he campaigned for governor in San Francisco in 2018.

Gov. Gavin Newsom came into office last year promising an ambitious progressive agenda. He can point to some victories, but interviews with more than two dozen people at the state Capitol painted a picture of an undisciplined and impatient leader, the L.A. Times reported. "I expected sort of a steadier, more methodical governor," an environmental advocate said. L.A. Times

A crew of 20 veteran firefighters based in the Angeles National Forest are being deployed to battle the out-of-control Australian wildfires that have killed at least 23 people and scorched millions of acres. Australian firefighters have assisted exhausted crews in California for years. "So we are returning the favor," a Forest Service spokesman said. CBS Los Angeles | CNN 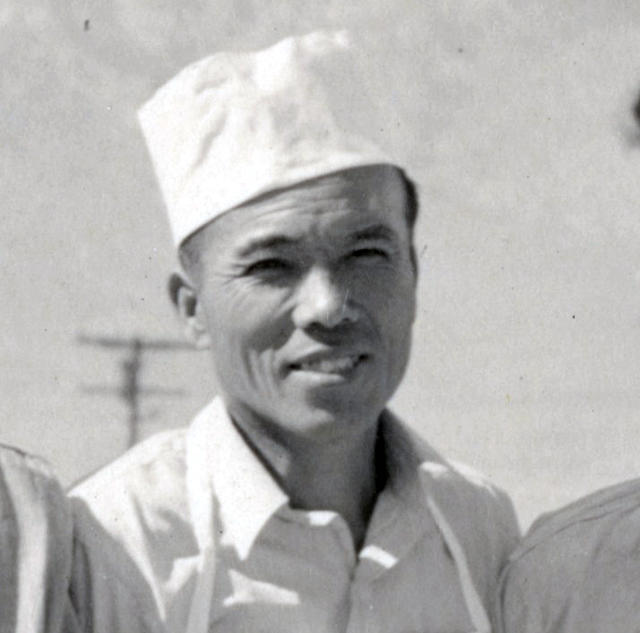 Giichi Matsumura during his incarceration at the Manzanar internment camp.

On Aug. 2, 1945, Giichi Matsumura, a captive of the infamous Manzanar internment camp, sneaked off on a fishing trip and succumbed to a freak snowstorm. His remains were buried under a pile of rocks, where they stayed for decades, until last October when two hikers stumbled upon them. Now officials have used DNA to confirm that the body belonged to the man who became known as "the ghost of Manzanar." A.P. | L.A. Times

It's the end of an era for three storied California publications:

On Jan. 1, Berkeley rolled out the nation's most comprehensive law to fight throw-away food packaging. In an effort to encourage customers to carry their own cups, restaurants now have to charge 25 cents for each disposable cup. "We fed ourselves and hydrated without throwaway containers for millennia," a local official said, "and we can do it again." The Guardian | Berkeleyside

The owner of an Italian restaurant in California's rural northeastern corner has made a practice of hiring ex-convicts. "What I learned was that a lot of these guys, they were given a bad hand at the beginning, and they could use some help to even things out," he said. "They all needed someone to teach them about life." L.A. Times 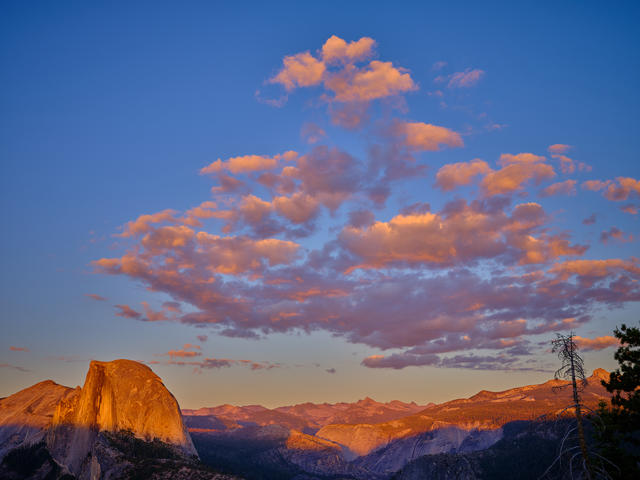 The burgers at Forks Resort are best enjoyed after taking in the sights, the New Yorker contends.

A New Yorker writer declared that a $5.50 hamburger from a little known spot near Yosemite was the best hamburger of the decade. The meal at the Forks Resort Restaurant in Bass Lake was admittedly enhanced by its timing immediately after viewing the famed valley. "It was the most beautiful hamburger in the whole beautiful, beautiful world," she wrote. New Yorker

Homeless people in San Diego can now get infractions cleared if they agree to stay for a month one of the city's shelters under a new police program. "We're all trying to do our part in ending homelessness, and we want to do it in a way that's compassionate, but also has accountability," the police chief said. S.D. Union-Tribune | A.P. 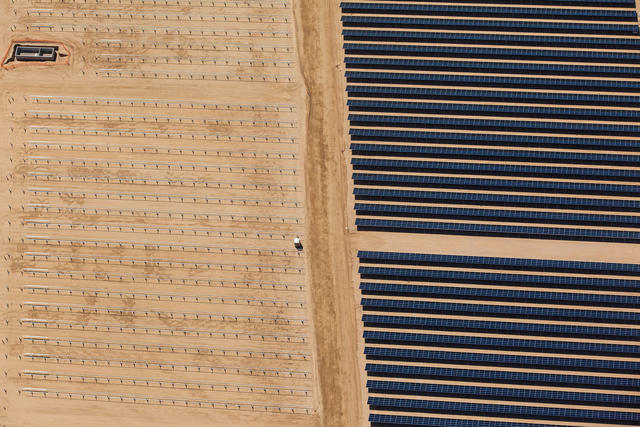 The Desert Sunlight solar farm in the Mojave Desert opened in 2014.

As California races to reduce its reliance on fossil fuels, an unexpected opponent is trying to block new solar farm projects in the Southern California desert: Environmentalists. They argue that solar panels belong on roofs, not on fragile desert landscapes. The area where a project has been proposed near Blyth is sacred, one opponent explained. "And they will destroy it." Desert Sun

Rocio Rebollar Gomez, the mother of an Army officer and a 31-year resident of San Diego, has been deported to Tijuana. The family's lawyer said immigration officials knew Gomez was scheduled to self deport. Instead, as the family went to an ICE office to discuss her case, officials "snuck her out through the back" without a chance to say goodbye, said her son, Second Lt. Gibram Cruz. He called it "completely inhumane." N.Y. Times | KPBS 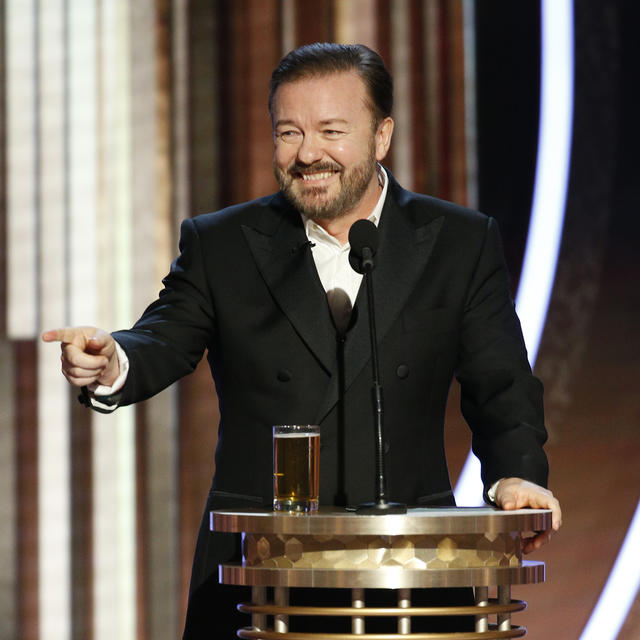 Ricky Gervais pulled no punches during his monologue at the Beverly Hilton Hotel on Sunday.

Ricky Gervais delivered an expletive-filled skewering of Hollywood's elites at the 77th Golden Globe Awards. The comedian targeted Felicity Huffman's legal troubles, Joe Pesci's height, and Leonardo DiCaprio's dating habits, among other topics. He ended this way: "So if you do win an award tonight, don't use it as a political platform to make a political speech. You're in no position to lecture the public about anything. You know nothing about the real world." Hollywood Reporter | Washington Post

The big winners of the night: "1917," which captured a surprise win for best drama, and "Once Upon a Time ... in Hollywood," which took the award for best musical or comedy. N.Y. Times | L.A. Times 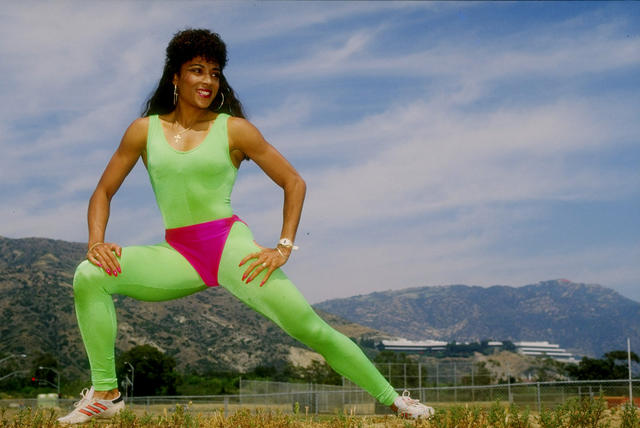 Here's Florence Griffith Joyner looking fabulous in 1987. Born in Los Angeles and forged into greatness at Cal State Northridge and UCLA, FloJo, as she was known, became the fastest woman of all time. But she garnered almost as much attention for her skintight running suits and lavishly manicured nails as her sprinting records, which stand to this day. 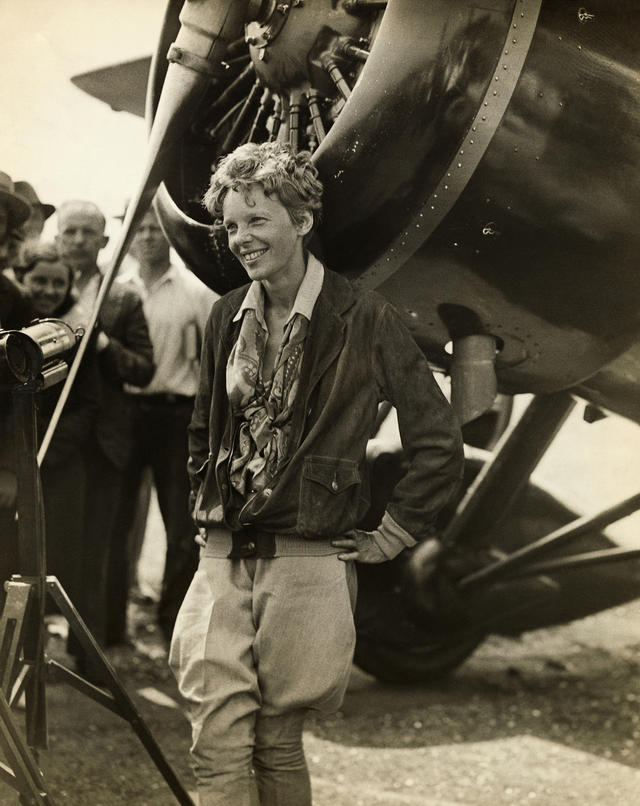 Another stylish California trailblazer: Amelia Earhart. The first female aviator to fly solo across the Atlantic was an unlikely fashion icon, named among the best dressed women in America by the Fashion Designers of America in 1934. She even had her own clothing line. Introduced during the Depression, Amelia Earhart Fashions didn't catch on, but it's credited as the first-ever celebrity fashion brand.