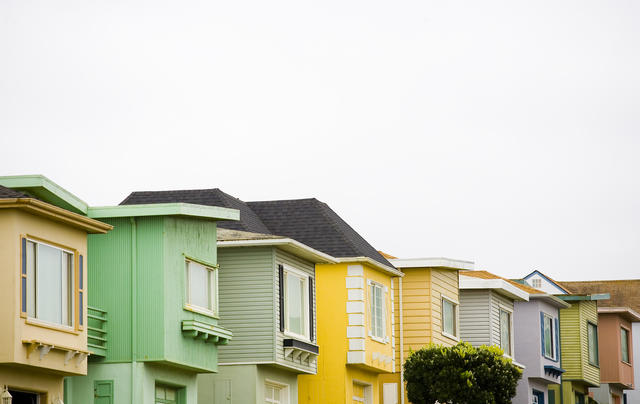 The "Little Boxes" of Daly City.

Among U.S. states, California ranks 49th in housing units per capita, behind only Utah. In policy terms, the central culprit is zoning regulations. That's what makes Senate Bill 50, which would force communities to allow more housing construction, the most economically transformative legislation of the Trump era, writes Annie Lowrey. "It would stop neighborhoods from casting themselves in amber, preventing new building and forcing younger, poorer families to urban peripheries." The Atlantic

California has been gradually extending Medi-Cal benefits to people in the country illegally, accepting children and, as of Jan. 1, young adults into the program. Next up: roughly 27,000 low-income seniors would be eligible for medical coverage under a funding proposal from Gov. Gavin Newsom. The Hill | Fresno Bee

Turning right on a red without stopping will get you a $500 ticket. Peeling paint on your license plate could cost you $1,000. Oppressive traffic fines in California have actually reduced revenues to the state because many drivers simply can't pay them. Now Gov. Gavin Newsom is proposing that fines for low-income motorists be reduced by as much as half. Sacramento Bee | KSBY 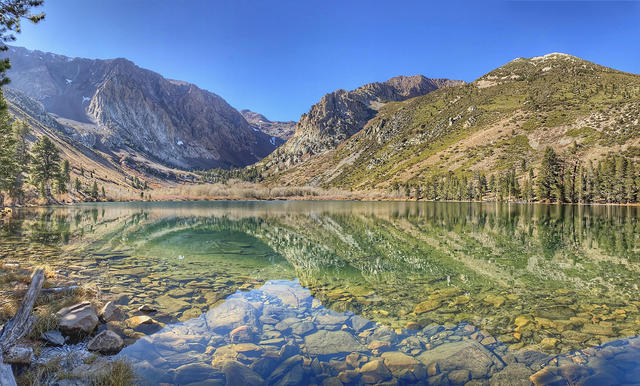 When hikers in the Eastern Sierra reach Parker Lake, pictured above, conversations often stop in mid-sentence. Then: gasps. The shimmering lake, tucked in a glacially carved valley and backed by 12,000-foot peaks, is among the prettiest, yet most overlooked, places in the Ansel Adams Wilderness. "There is a handful of trails I have hiked over the years that have taken my breath away — causing me to just sit in awe at what's before me," a travel author wrote. "Parker Lake is one of those trails." Modern Hiker 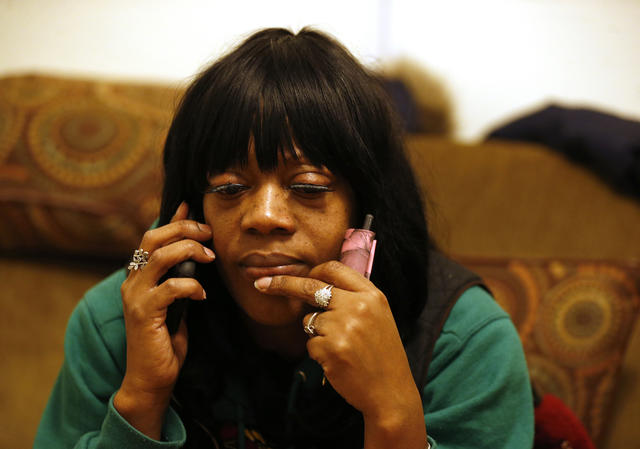 Misty Cross, an activist with Moms 4 Housing, was arrested on Tuesday.

In a predawn raid, sheriff's deputies, in military-style fatigues with guns drawn, removed homeless mothers from an Oakland home they had illegally occupied to protest the region's housing crisis. Four people were jailed and released hours later. Greeted by cheering supporters, they said they were more fired up than ever. Oakland's mayor called the women "courageous." S.F. Chronicle | East Bay Times

A decade ago, Facebook, Google, and other major tech firms were seen as a college graduate's dream workplaces. Now many job seekers are taking a pass on Silicon Valley's most lucrative positions, saying they aren't worth the ethical quandaries. "If a classmate tells me they're joining Palantir or Facebook," a Stanford graduate said, "there's an awkward gap where they feel like they have to justify themselves." N.Y. Times

This is scary: A widely shared video showed beachgoers being swept off their feet by a "sneaker wave" during the weekend's King Tide in Humboldt County. They were fine. Lost Coast Outpost | North Coast Journal

A sneaker wave up the coast in Oregon resulted in tragedy. Oregonian 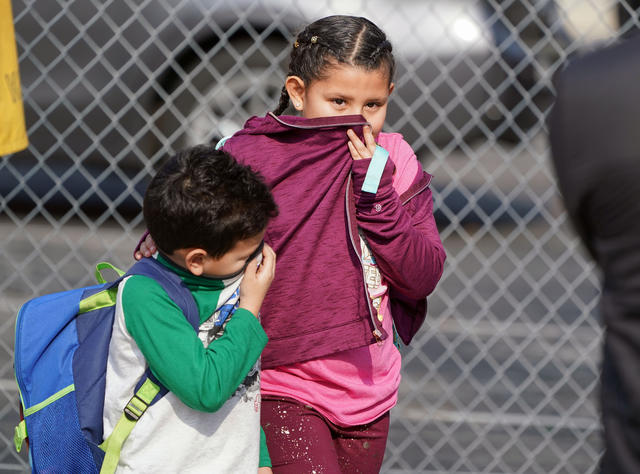 Children covered their noses and mouths at Park Avenue Elementary School in Cudahy after a jet dropped fuel on Tuesday.

An airplane dumped thousands of gallons of jet fuel over a densely populated area of Los Angeles County, inflicting minor injuries to 60 adults and children, officials said. Delta Flight 89 had taken off from LAX when it ran into engine trouble and turned around. Kids were in physical education class at a school in Cudahy when the jetliner dropped the fuel over a five-mile area. "We thought it was rain," an 11-year-old said. L.A. Times | Daily Breeze

The Los Angeles Police Department is expanding a criminal investigation into allegations that officers falsified information collected during traffic stops to categorize people as gang members. Activists have complained for years about officers criminalizing African Americans and Latinos who had done nothing wrong. "These allegations are extremely troubling," a police commissioner said. L.A. Times | City News Service

Michael Avenatti, the garrulous L.A. attorney known for representing Stormy Daniels against President Trump, was arrested on Tuesday for for alleged bail violations. Avenatti is facing a raft of federal charges in Los Angeles and New York in cases involving alleged extortion, theft from clients, cheating on taxes, and lying to investigators. Daily Beast | Reuters 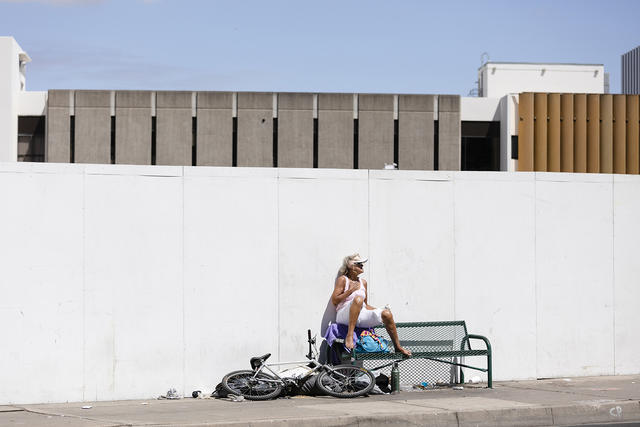 Philip Cheung for The Washington Post via Getty Images 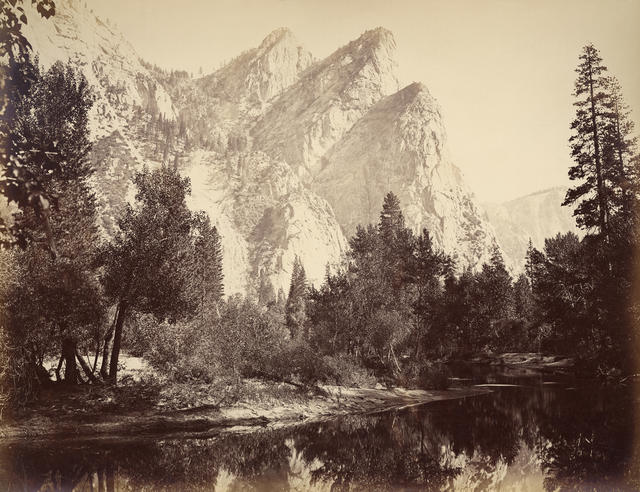 The Three Brothers in Yosemite, 1861.

It was an unknown photographer from New York, as much as anyone, who saved Yosemite from commercial exploitation. Carleton Watkins had come to California during the Gold Rush to seek his fortune, but turned instead to photography.

In 1861, he strapped nearly a ton of camera equipment onto 12 mules — including giant glass plate negatives and a traveling dark room in a covered wagon — and made the arduous journey into Yosemite Valley.

The images he created, mysterious and powerful, were an international sensation. Displayed in New York in 1862, they were hailed by the New York Times as "indescribably unique and beautiful." Two years later, the pictures helped persuade Abraham Lincoln to place Yosemite under federal protection. It was first time that a government created what was, in effect, a national park. 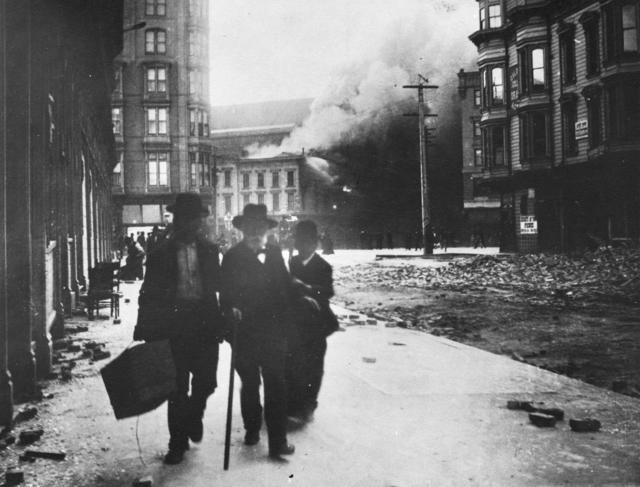 Carleton Watkins, leaning on a cane, was helped along a sidewalk in the aftermath of the 1906 San Francisco earthquake.

After a burst of fame from his Yosemite work, Watkins receded into obscurity. In a terrible blow, the 1906 San Francisco earthquake destroyed his studio and most of his negatives. Blind and destitute, he spent his final years at the Napa Hospital for the Insane. He died there in 1916 and was buried in an unmarked grave on the hospital property.

Modern appraisals of Watkins's work have celebrated him as an essential figure of 19th century American art. But his environmental legacy arguably looms even larger. All that followed his groundbreaking photography in Yosemite, wrote the Guardian — the writings of John Muir, the birth of the national park system, the founding of the Sierra Club — "can be traced back to the intake of breath when his images were seen for the first time." Pacific Standard | The Guardian

An earlier version of this newsletter repeated some common misconceptions about the life of Carleton Watkins. Tyler Green, the author of a 2018 biography of the 19th century phorographer, said accounts of Watkins's failure as a businessman are incorrect. The author also found no evidence to support the claim that Watkins once lived in a railroad car.