It's true that the financing of Joe Biden's campaign drew heavily from California, where he collected roughly $170 million more than President Trump. More precisely, however, it came from the deep blue ribbon that hugs the Pacific Coast. The N.Y. Times created a zip code level map that lets you see the seven-figure sums Biden raised in places like Malibu, Santa Cruz, and Mill Valley. 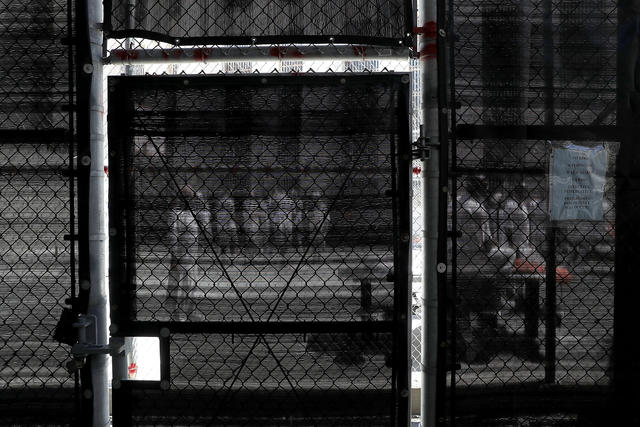 Condemned inmates, seen through black mesh in an exercise yard, at San Quentin in 2016.

Gov. Gavin Newsom threw his support behind the appeal of a death row inmate convicted of murdering two people in 2009. In an amicus brief, the first of its kind by a California governor, Newsom argued that the state's application of the death penalty discriminates against Black people. “California’s capital punishment system is now, and always has been, infected by racism,” he said. S.F. Chronicle | A.P.

The U.S. Forest service has relied for years on private companies to provide bulldozers and other equipment during the wildfire season. But the computer system on which the program runs has become so cumbersome that desperately needed equipment has been left idle even as wildfires rage nearby. In one case, bulldozers and water trucks were ready and waiting to fight an exploding wildfire in the Tahoe region over the summer. They were turned away. Sacramento Bee 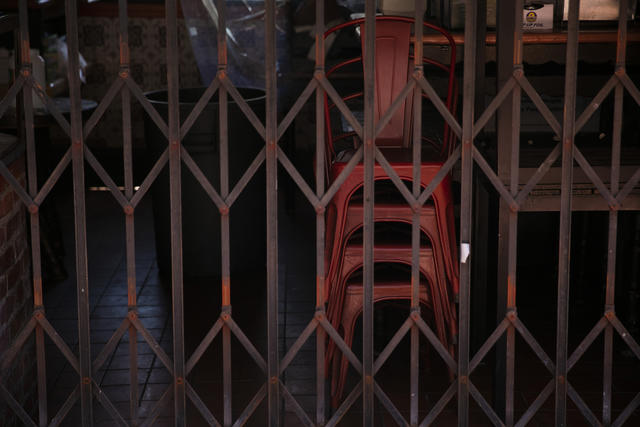 Chairs stacked up at a shuttered restaurant in Los Angeles over the summer.

California restaurants were charged liquor and health permit fees even as they were prohibited from reopening. Now a coalition of businesses has filed claims demanding to be reimbursed. A class-action lawsuit is expected to follow. “The irony is, they did what they were told and the very entity that told them to close is keeping these fees,” a lawyer for the restaurants said. A.P. | Sacramento Bee 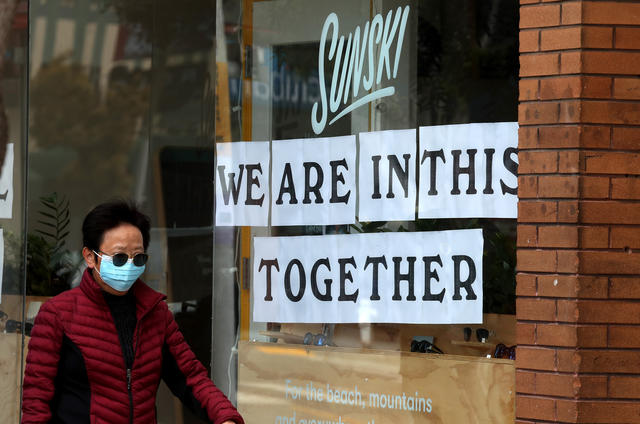 A woman walked by a store in San Francisco last March.

“We have, at least so far, done everything right.”

If the entire country had followed San Francisco's approach to containing the coronavirus, one expert said, there would be 50,000 dead instead of more than 220,000. One of the keys to the city's success: A population that has been unusually responsive to health orders. L.A. Times

Kids are struggling all over California. But they're having an especially hard time in Sonoma County, which has faced wildfires on top of some of the state's worst coronavirus rates. High school students are failing classes at rates never before seen in the county. A survey found that 7 out of 10 students feel anxious about their future. “We have to do something now," Healdsburg's schools chief said. "This needs to stop.” Press Democrat

Employees at Verkada, a $1.6 billion startup in Silicon Valley, used company surveillance cameras to take photos of female colleagues, then made sexually explicit jokes about them in a Slack channel. When the matter was brought to management, the punishment was a stock reduction. The person who posted the photos still works there. Vice 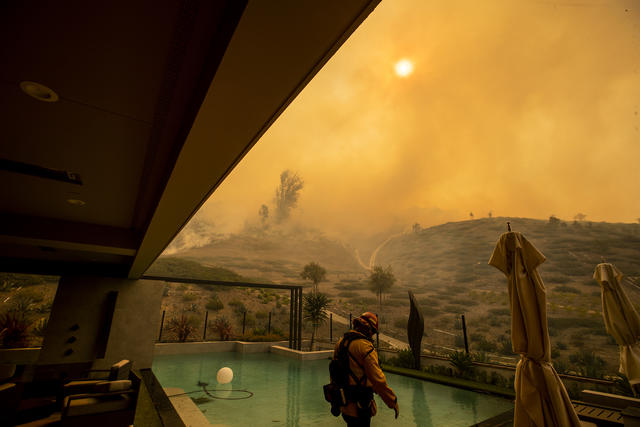 A firefighter walked through a property as the Silverado fire approached in Irvine on Monday.

Two firefighters were severely burned as a wind-driven wildfire raced through the hills of eastern Orange County on Monday. The Silverado fire was bearing down on Irvine, where more than 90,000 people were ordered to flee. Southern California Edison said its equipment may have triggered the blaze. Nearby, a smaller fire was threatening Yorba Linda. O.C. Register | A.P. 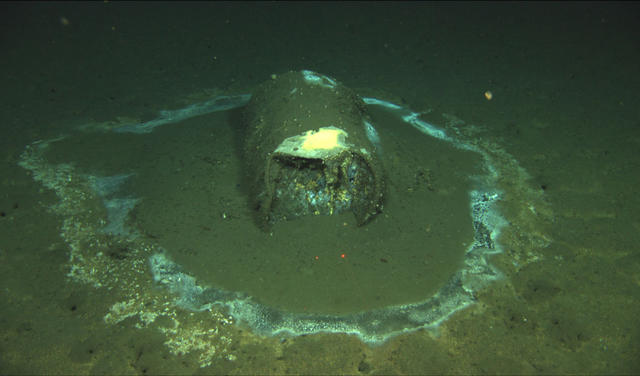 ☝️ That is a barrel leaking toxic waste 3,000 feet underwater off Catalina Island. There could be as many as half a million barrels like it on the surrounding seabed: decades ago, a DDT maker in Los Angeles got rid of its waste by simply dumping it into the ocean. It's a story of environmental abuse so egregious it seems unimaginable. L.A. Times

In 2019, Los Angeles County recorded its highest number of violent hate crimes in more than a decade, a new report said. The surge is especially stark given that overall crime was down. Black people were the most frequent targets. While the group represents roughly 9% of the region's population, they faced 47% of the racially motivated attacks. This year is on track to be even worse. L.A. Times | Crosstown

Hate crimes are up in Orange County, too. Voice of OC

Bill Gross, the Pimco co-founder and bond king, has been accused of blaring the “Gilligan’s Island” theme song at all hours at his Laguna Beach mansion to annoy a neighbor he was feuding with. Things got ugly after the neighbor accused Gross of installing an outdoor sculpture that blocked his view. Lawsuits are flying. L.A. Times | MarketWatch

... Gustavo Arellano, a columnist for the L.A. Times who covers Southern California and beyond. He previously wrote the ¡Ask a Mexican! column for OC Weekly and is author of “Taco USA: How Mexican Food Conquered America.”

A. The Hollywood Bowl on a summer night. Any concert. The entire experience is like California communion — culture, nature, people of all backgrounds, together for a couple of hours. 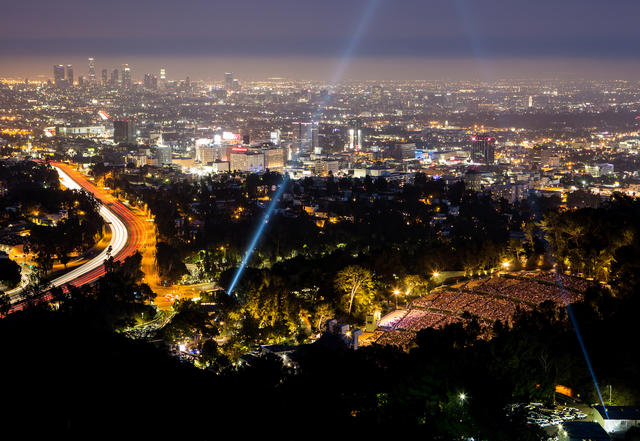 The Hollywood Bowl on a summer night is a quintessential California experience.

Reread "A Texas-Mexican Cancionero: Folksongs of the Lower Border" for an article I did about a Joe Biden corrido. Author Américo Parades is CRIMINALLY unknown outside of Texas or Chicano studies, but he deserves to be praised as one of America's top folklorists and ethnomusicologists.

My wife's Alta Baja Market, of course! But I can't say that because, you know, conflict of interest — so Kareem's Falafel in Anaheim. Palestinian food. I once took Louie Perez of Los Lobos there, and he said it was one of the top three falafels of his life.

Carey McWilliams, even though he spent relatively little time here, but because he remains our prophet. Mike Davis, because he's our Jeremiah. And Dolores Huerta, who I've had the honor of meeting in the past and is an absolute DELIGHT and a HELL of a life story that I don't think the public can ever truly appreciate.

It's been a good year for L.A.'s pro sports teams. What's your prediction for the World Series? And do you think one of the city's NFL teams can achieve any sort of trifecta?

Dodgers, of course. And no. The Chargers, which I like, belong to San Diego. And the Rams are trash.