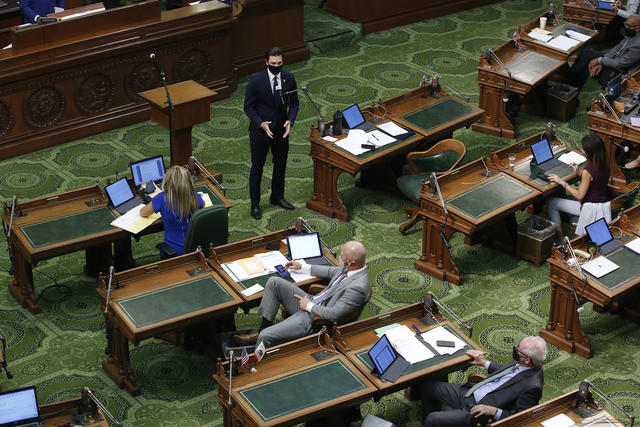 The state Assembly held its first full session since going into recess in March.

California legislators on Monday introduced a package of police reforms that would make it illegal statewide to use a dangerous neck hold that blocks blood flow to the brain. The proposal appears to go further than any other state. A.P. | L.A. Times

Protests continued across the state on Monday. In Oakland, a rally was held demanding justice for Erik Salgado, a 23-year-old who was fatally shot by California Highway Patrol officers on Saturday. At the time, Salgado was said to be behind the wheel of a vehicle stolen from a San Leandro car dealership. “Erik was a good daddy. He was a good brother," Salgado's sister told a crowd. KQED | S.F. Chronicle 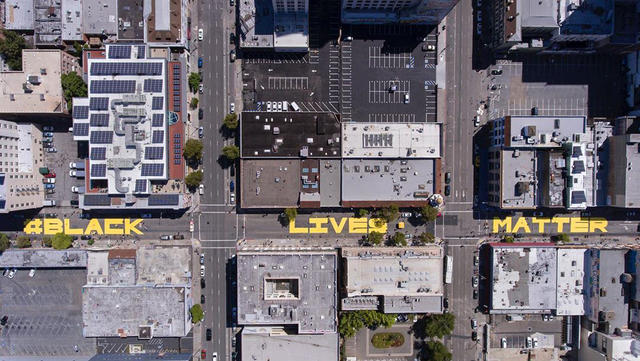 There were reports of surging coronavirus cases in a number of places across California. An outbreak at a prison in Riverside County ranked as the worst to hit the California prison system to date, growing from zero cases to 993 in three weeks. In Los Angeles, the transmission rate climbed, a development officials blamed on reopening businesses. It's possible the number of intensive care beds could fall short in the next few weeks, they said. L.A. Times | Desert Sun 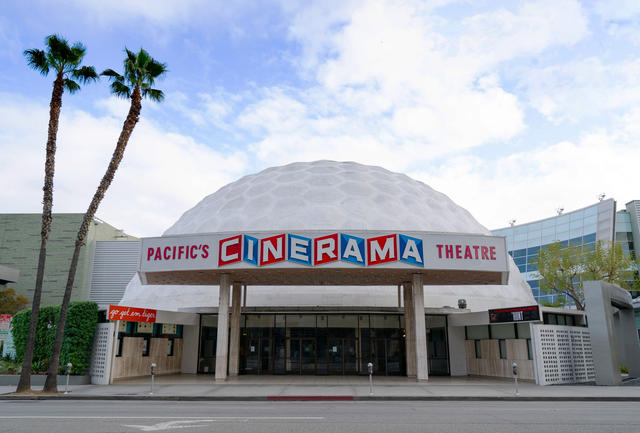 Movie theaters across most of California can begin opening as early as Friday as long as they limit theater capacity to 25 percent, under new state guidelines. The industry is hoping for at least the semblance of a summer season, banking heavily on films like Christopher Nolan's "Tenet" and Disney’s "Mulan" to bring audiences back. Hollywood Reporter | Deadline

Steven Carrillo, the suspect accused of killing a Santa Cruz deputy over the weekend, was captured after a gutsy takedown by a local resident. Armed with a rifle, Carrillo had ordered the man to hand over his car keys, police said. He did. Then, as Carrillo turned around, the man tackled him, wrestled his weapons away, and pinned him to the ground. The man asked not to be named, Santa Cruz Sheriff Jim Hart said. “It was a remarkable, remarkable, heroic thing that that resident did." Mercury News | A.P. 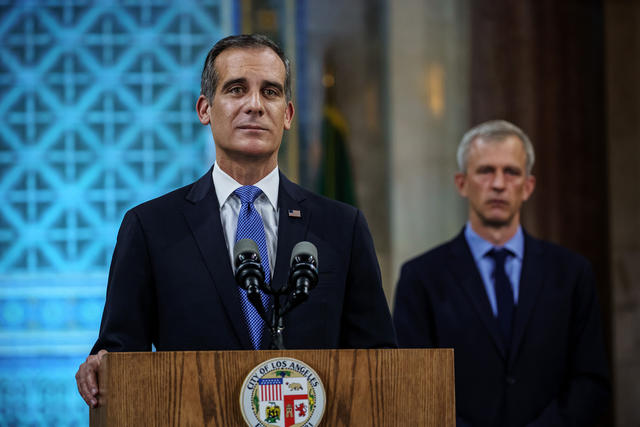 Mayor Eric Garcetti delivered his State of the City address in Los Angeles on April 19.

The Washington Post published a profile of Los Angeles Mayor Eric Garcetti. A man with national ambitions, Garcetti has emerged as something of a "soulful technocrat" as he tries to not only to vanquish the coronavirus, but to reimagine the Los Angeles that might emerge from its devastation. "We’re also seeing a spiritual moment when we need each other," Garcetti said, "and we’re willing to do things faster and bigger than we’ve ever done before." Washington Post

At an immigration detention center in Adelanto, a protest dubbed “Free Our People” turned violent on Sunday. Officials said more than 40 vehicles were damaged and as many as six windows smashed. An American flag was burned and the slogans “Brown Lives Matter” and "Abolish ICE” were scrawled on a facility sign. Officers fired rubber bullets in response. Victorville Daily Press | Victor Valley News 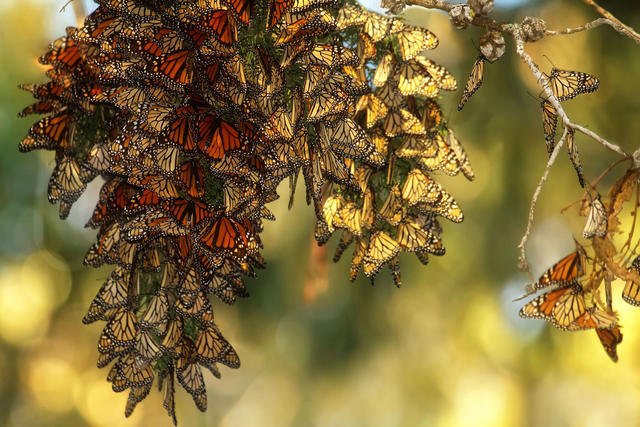 Long read: Here are 9,000 beautifully written words on the crusade to save the monarch butterfly, one of America’s most iconic species. Among the memorable bits:

As California emerges from its Covid-19 lockdown, the Sun is curating recommendations from outdoors experts of their top 5 not-to-be-missed day outings in each of nine California regions. On Friday, John Soares kicked things off with his picks for the state’s "far north.”

Next up: the Central Valley region — stretching from the southern San Joaquin Valley up to the Sacramento Valley — with recommendations from the California travel junkie Josh McNair. Here they are in no particular order. 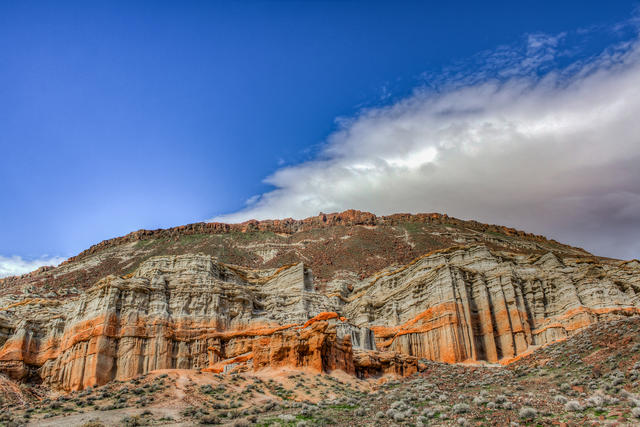 Red Rock Canyon State Park, in Kern County, features lots of unique rock formations in stunning red hues. The park has miles of hiking trails and a campground, and is a great place to go for wildflowers in the spring. 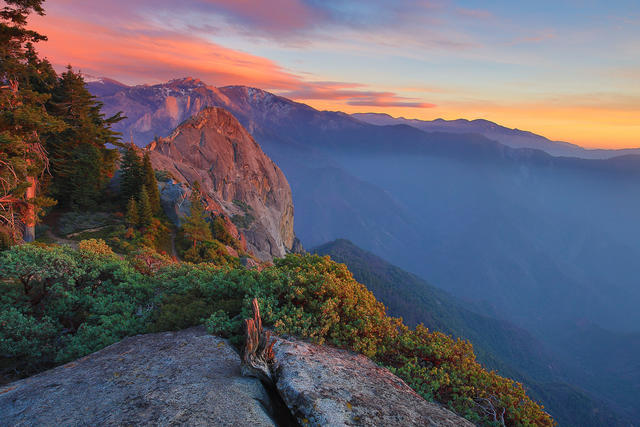 This park is home to many of the largest trees in the world, and it is a fantastic place to explore with both General Grant and General Sherman groves. Also, the hike to Moro Rock will get the blood pumping and has some great views. 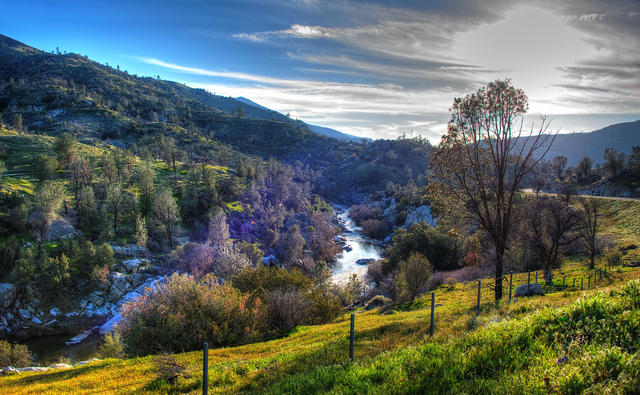 The Kern River is a rafter’s delight.

The Kern River is a popular destination for white water rafting in Southern California. It has many different water classes, from easy to difficult, and there are even options for multi-day adventures. 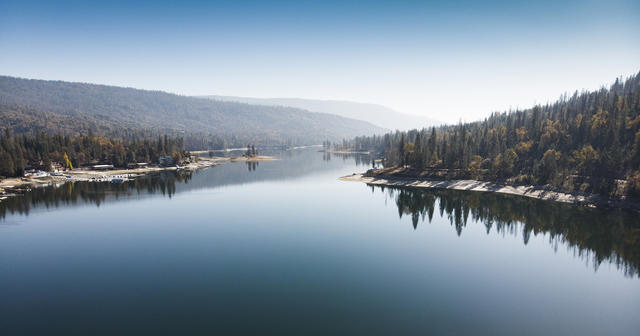 Bass Lake has been described as a smaller version of Lake Tahoe.

South of Yosemite National Park, Bass Lake is a destination itself with lots of outdoor activities like hiking, fishing, and kayaking. The 5-mile long lake is situated in a forested area and is excellent for a weekend of relaxation or adventure. 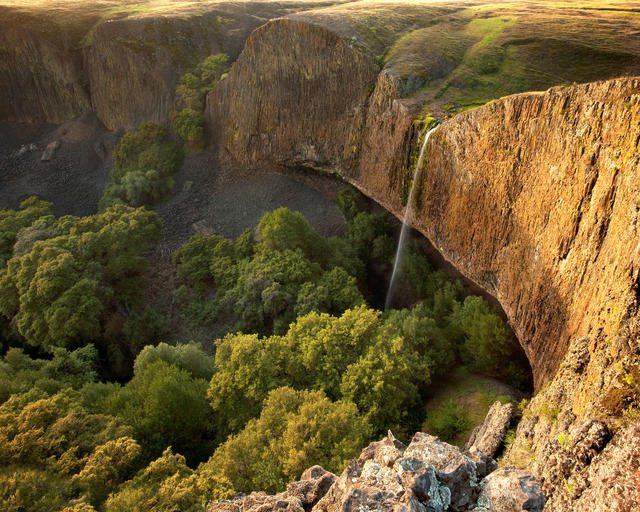 Phantom Falls is a moody waterfall located deep within a nature reserve near Chico.

Phantom Falls is a nice hike in Butte County, near Chico, that features a stunning, seasonal waterfall. While it is only really flowing in the spring, it is a sight to see as it cascades down into a vast valley. Plus, you can head into Chico and go to Sierra Nevada Brewery after the hike.

Josh McNair is the author of the excellent travel website California Through My Lens.