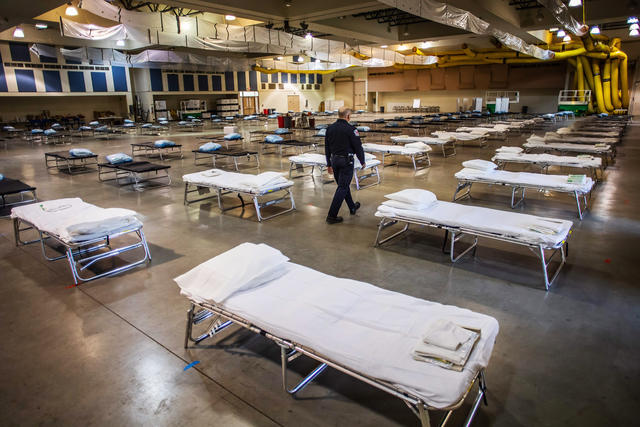 A temporary hospital was set up in Indio.

California needs tens of thousands of additional medical workers to staff facilities that will house 50,000 new hospital beds. So Gov. Gavin Newsom signed an executive order loosening certification requirements to get workers in the field faster. Then he issued an urgent call: "If you're a nursing school student, a medical school student, we need you," he said. "If you've just retired in the last few years, we need you." A.P. | L.A. Times

Between Friday and Monday, the number of California patients hospitalized with COVID-19 in intensive-care beds nearly tripled. S.F. Chronicle | Reuters

A Safeway worker in San Jose, the first inmate in L.A. County, and a postal worker Santa Rosa. Here are the latest coronavirus totals, according to the S.F. Chronicle and N.Y. Times: 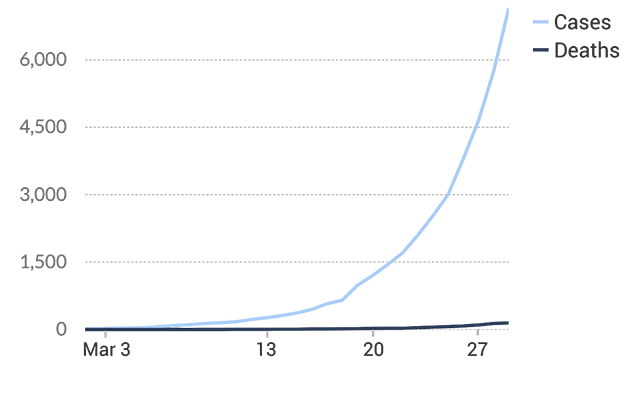 Even though California and Washington defined the U.S. outbreak early on, the number of cases in New York quickly dwarfed the totals of the other two states. When the numbers are adjusted for population, the difference is even starker. The Y axis in the graph below shows thousands of cases per million. Washington Post 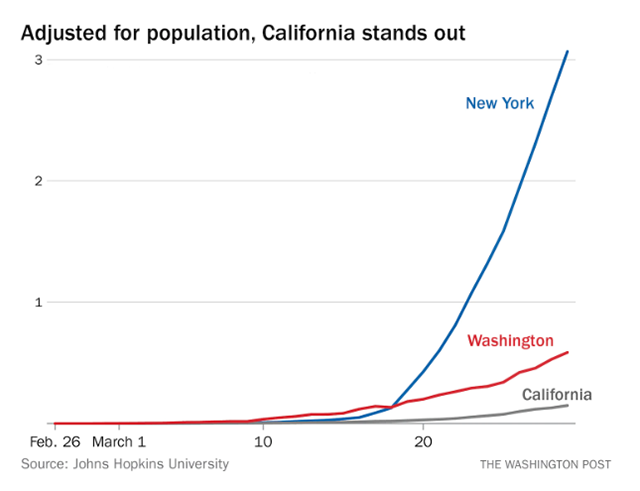 Public health experts are seeing signs that the Bay Area's public lockdown worked to slow the spread of the virus. Even so, officials said shelter-in-place orders would last until at least May 1. Politico | Mercury News 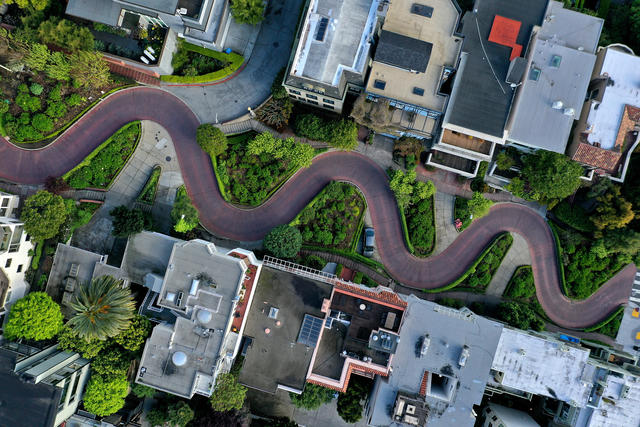 An empty Lombard Street in San Francisco on Monday.

Data from a medical technology firm that tracks fevers suggests that stay-at-home orders and restaurant closures have contributed to rapid drops in the numbers of fevers, an early indicator of coronavirus. "It looks like a way to prove that social distancing works," a preventive medicine expert said. "But it does show that it takes the most restrictive measures to make a real difference." N.Y. Times

Workers at Instacart, Whole Foods, and Amazon are walking off the job in protest. They're demanding things like free protective equipment and better pay as they risk exposure to the coronavirus while interacting with the public. "We are potentially going to be vectors of this disease," a strike leader said. recode | CNN

A Doordash driver got a note from his doctor saying he shouldn't drive because he was sick, with shortness of breath and a dry cough. The company suspended him without pay. L.A. Times 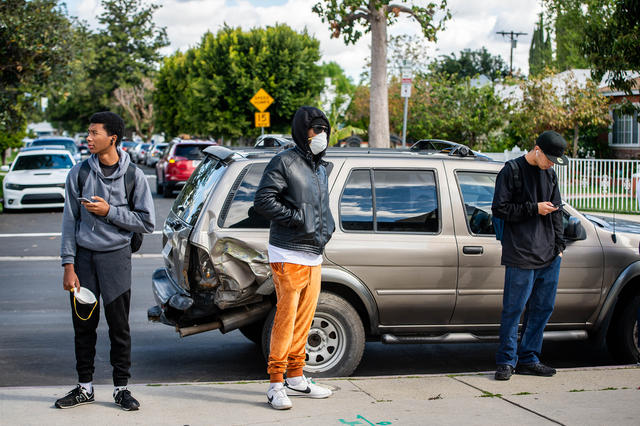 Students waited in line for Chromebooks at Reseda Charter High School on March 25.

Out of about 120,000 L.A. high schoolers, roughly 15,000 have been entirely absent online and failed to do any schoolwork since campuses shut down on March 16, officials said. Another 40,000 have failed to keep in daily contact with teachers. The numbers speak to a troubling disruption in education as schools across the state attempt a shift to distance learning. L.A. Times | L.A. Daily News

Some community college professors said about 1 in 10 students failed to show up to online classes. LAist

Day laborers depend on a certain measure of economic optimism. Yank that away, and uncertainty morphs into desperation. Gabriel Reyes, a father of three, was $600 short of his $1,800 monthly rent and April was around the corner. For a month, he handed out slips of paper with his name and number at a Home Depot parking in L.A. "I've only managed to earn $40," he said. "I don't know if the landlord will give us a break." L.A. Times

Several restaurants in Fresno have pivoted to selling boxes of food, including items such as fruits, vegetables, eggs, milk, and raw chicken breasts. "We're not making a profit on this," one owner said, "but I'm keeping my employees on payroll because I have work for them." Fresno Bee

A renowned L.A. chef converted her restaurant into a relief center, offering daily free meals and basic supplies to any laid off restaurant worker. Time Out 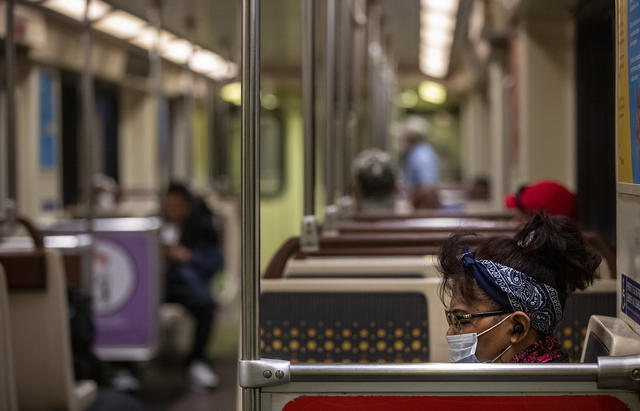 A woman wore a mask on a train in Los Angeles last week. 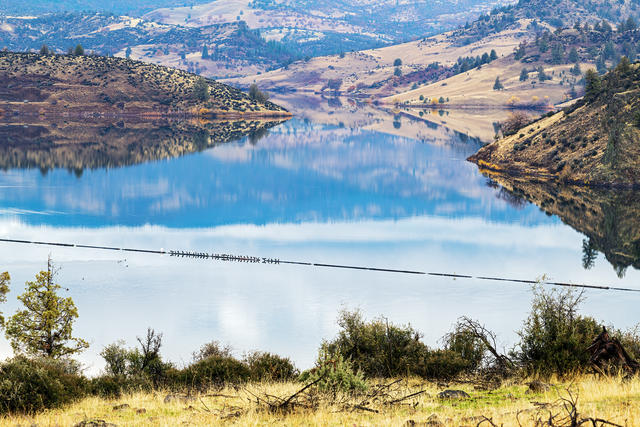 Iron Gate Reservoir in Siskiyou County is among four sites on the Klamath targeted for dam removal.

A plan to remove four hydroelectric dams along California's second-largest river, the Klamath, would be the biggest such demolition in U.S. history. If successful, the project would restore to its wild state what was once one of the greatest salmon and steelhead rivers in the West. Among its opponents: waterfront homeowners who stand to see their property values plummet. A.P.

You may have missed it, but Prince Harry and Meghan Markle now live in Los Angeles. That's according to numerous reports that say they have been holing up in a compound with their baby boy, Archie, as the coronavirus continues its spread. Two months ago, the couple announced plans to "step back" from their royal duties in a dramatic rupture from the House of Windsor. Vogue | People 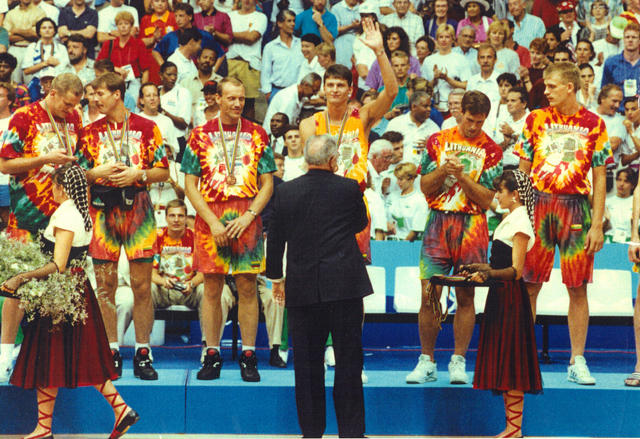 The Lithuanian national team donned their tie-dyes on the podium in Barcelona in 1992.

Basketball is an obsession in Lithuania, and in 1991 the newly independent nation wanted nothing more than to showcase its talents on the world stage at the 1992 Barcelona Olympics.

But the Baltic nation of fewer than 3 million people, still recovering from Soviet efforts to crush its rebellion, had no money. Then, in an unlikely twist of fate, members of the Grateful Dead saw a newspaper article about the Lithuanians’ situation. Fans of both basketball and freedom, the musicians cut the team a check. They also sent over a crate of tie-dyed T-shirts in Lithuanian colors, depicting a skeleton dunking a basketball.

It was game on.

At their first Olympics since 1928, the Lithuanians toppled China, Venezuela, Brazil, and others, making it all the way to the bronze medal match.

Their opponent, in a made-for-Hollywood matchup, was the Unified Team, made up of the remnants of the former Soviet Union. All of Lithuania stopped, tuning in to the game on radios and television.

At one point, Lithuania's president came down from the stands to check on a player who suffered a gash to the forehead. "Don't worry about it," the president told him. "You are spilling blood for Lithuania." After a close battle, Lithuania pulled off a 6-point victory. Words couldn't express the euphoria, player Rimas Kurtinaitis recalled in a documentary about the Cinderella run, "The Other Dream Team." "You need to be there."

In a nod to their Haight Street benefactors, the Lithuanians donned their Grateful Dead tie-dyes on the podium. Years later, team member Arturas Karnisovas told CNN the band had gained a following in Lithuania.