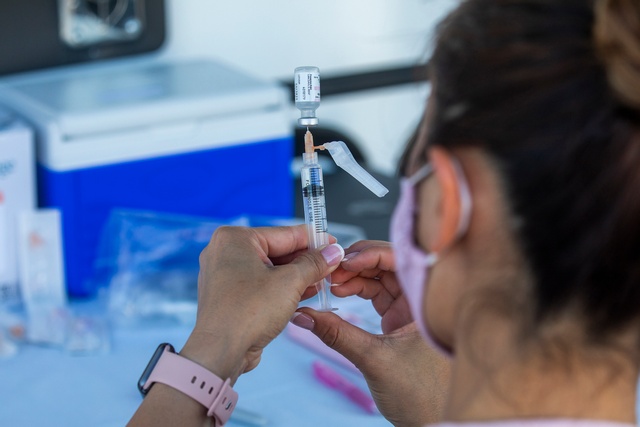 The rate of Covid-19 vaccination in California has risen significantly over the past two weeks after months of decline. The turnabout is being attributed to fears of the Delta variant along with a growing number of vaccine mandates from municipalities, businesses, and venues. From July 25 to 31, providers in California administered an average of nearly 44,000 first vaccine doses per day. That's up roughly 41% from two weeks prior, a promising shift but still short of where health experts want it to be. L.A. Times | Mercury News

A pair of new polls showed Californians moving further away from Gov. Gavin Newsom as the recall election grows nearer. A survey conducted by Survey USA for a group of San Diego news organizations found that 51% of likely voters favored Newsom's ouster; just 40% were opposed. A separate poll by Emerson College/Nexstar showed voters evenly split: 46% in favor of the recall and 48% against. Notably, 54% of Hispanics wanted the governor removed. S.D. Union-Tribune | The Hill 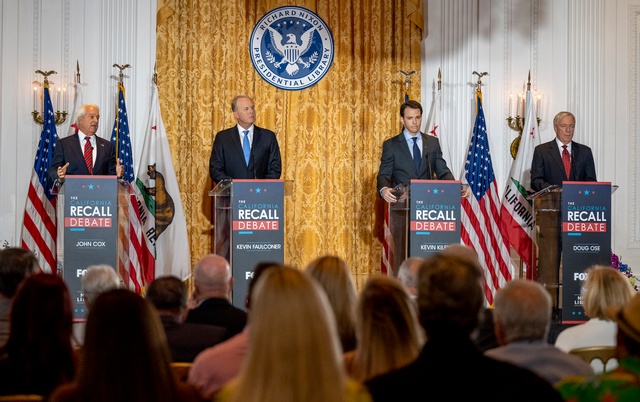 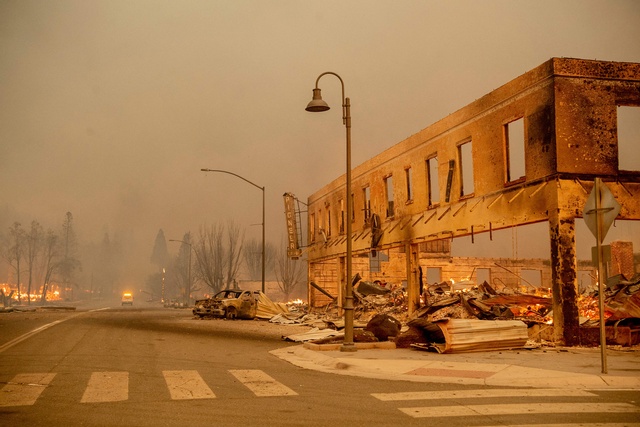 The Dixie fire roared into the Sierra town of Greenville in Plumas County on Wednesday, destroying businesses and homes and casting the sky in an orange glow. Fire officials were still assessing the damage, but photos posted to social media suggested the historic downtown was left in ruins. (See the Google Maps street view of the photo above.) “We lost Greenville tonight,” Rep. Doug LaMalfa said in a video, holding back tears. S.F. Chronicle | Record Searchlight

"Stop messing with people that have to do this for our living."

“You have to be a mask Nazi for a living?”

As mask mandates have been resurrected across California, so has the anti-mask movement. In San Jose, mask opponents have been going from store to store, smartphones aloft, picking fights with workers. “It’s terrifying working in retail now,” said Ryan Cage, a manager at Recycle Bookstore. Mercury News | KGO

In San Francisco, you must be vaccinated to work in city government, hospitals, public universities, and many private companies. Soon the unvaccinated may be barred from restaurants and gyms. But one place you can be unvaccinated: public school classrooms. San Francisco Unified has declined to require that teachers be vaccinated. S.F. Chronicle | SFist

Roughly 2,700 San Francisco city employees are unvaccinated and at risk of losing their jobs, according to data obtained by the Chronicle. 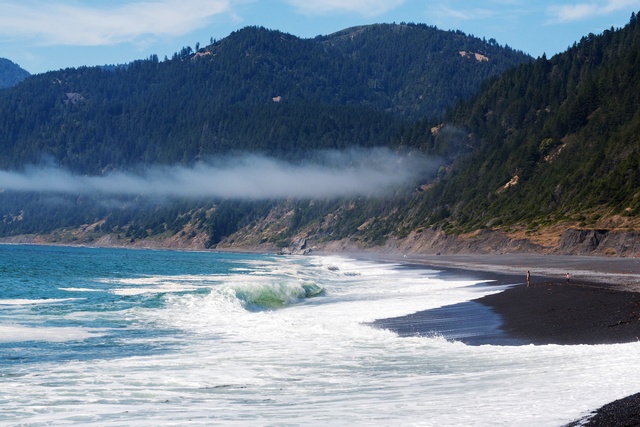 Black Sands Beach, among the few places accessible by road along the Lost Coast, is unlike other California beaches. The sand is indeed black, though it's not really sand — it's more like tiny rocks. Buffeted by harsh winds, it is not ideal for sunbathing; with its menacing undertow, it's not a place for swimming. It's also not a people-watching spot, noted one reporter, aside from the "exhausted-yet-ecstatic souls" passing by on hikes that began days earlier. What Black Sands Beach is is wild, a place that feels a world away from the one you left behind. Ukiah Daily Journal

The Orange County Board of Education voted to sue Gov. Gavin Newsom over his mask mandate for schools, saying it will do "serious harm" to children already set back by a year of campus closures. Since the mask rule was announced on July 12, school board meetings across the state have been roiled by emotionally charged debates over the line between public safety and personal choice, with some parents vowing to keep their kids home. Last month, two parents groups filed lawsuits challenging the mask mandate. O.C. Register | Voice of OC

“I feel like the kids are more used to it. It’s the parents that are freaking out.” Many students say they're unbothered by the mask rule. L.A. Times 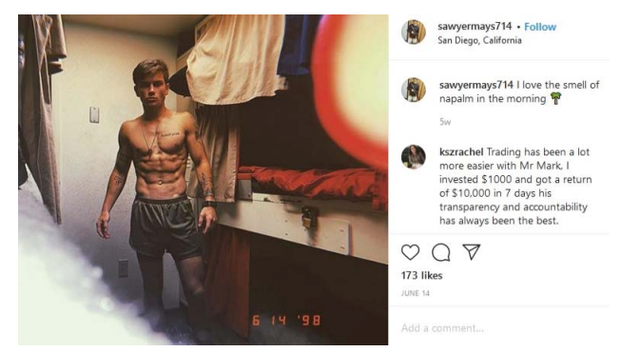 U.S. District Court for the Southern District of California

Unsealed court records identified the sailor accused of igniting the Bonhomme Richard warship in San Diego last year. Investigators portrayed Seaman Apprentice Ryan Mays, now 20, as nursing a hatred of the service. After dropping out of a SEAL training course, Mays was reassigned to the Bonhomme Richard’s Deck Division, a job often responsible for manual labor such as removing rust and painting. Sailors who aspire to become SEALs but find themselves in more mundane roles, a report noted, commonly find the experience "challenging." N.Y. Times | Daily Beast

Joseph Jimenez, 20, the man charged with fatally shooting two young moviegoers in a Corona movie theater last week, said he was guided by voices in his head that had tormented him for months. “The voices said my friends and family were going to be killed,” he said. Jimenez said he had been diagnosed with schizophrenia and stopped taking his medication. Press-Enterprise | A.P. 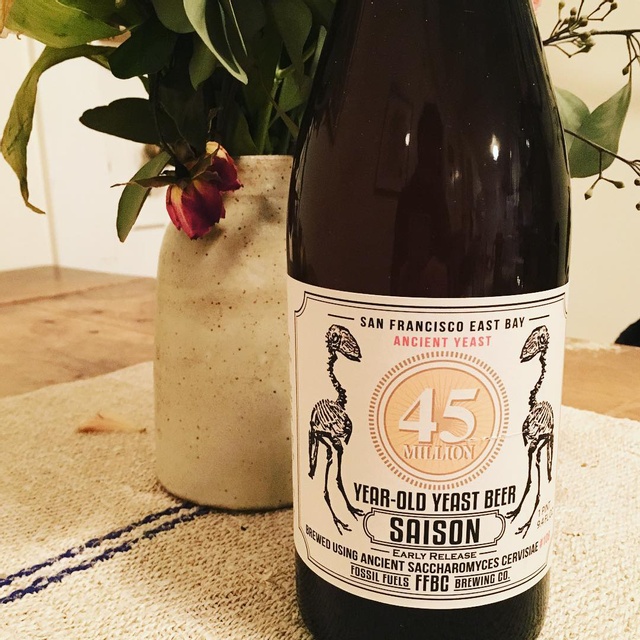 In the early 1990s, a California professor stunned the scientific community by reviving 45-million-year-old yeast — and using it to make beer.

Raul Cano, a microbiologist at Cal Poly San Luis Obispo, found the spores in the gut of an ancient bee encased in tropical amber and spread it on a growth medium to see what would happen. Astonishingly, they woke up. Once confirmed, the achievement forced scientists to reexamine long-held beliefs about the limits of life.

For a while, Cano thought the discovery might make him rich. It didn't. But a thought occurred to him. His spores resembled brewer's yeast: Could he make beer with them? He made a batch on a lark and served it at his daughter's wedding. After some fits and starts, the experiment led to a collaboration with a brewer under the name Fossil Fuels Brewing Company in 2008. Its introductory pale ale, by many accounts, was good. William Brand, a former critic with The Oakland Tribune, raved about it, noting an "intriguing, very odd spicy note" in the finish. Even so, Fossil Fuels' beers never quite caught on. But that doesn’t mean they won’t yet. Cano, a master of bringing the dormant to life, has said he won't give up. WIRED | The Tribune