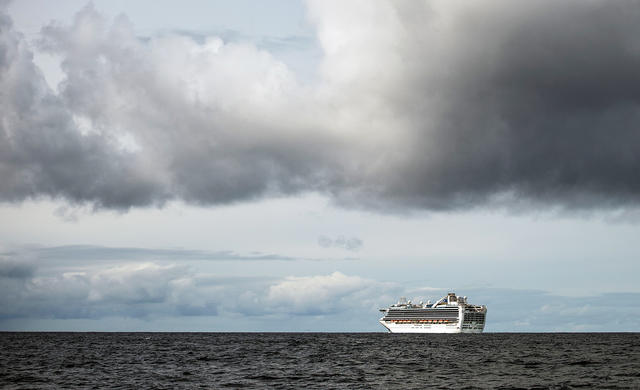 The Grand Princess passed the time about 25 miles off the coast of San Francisco on Sunday.

The Grand Princess cruise ship, where at least 21 people tested positive for the novel coronavirus, was expected to dock at the Port of Oakland on Monday after idling for several days off the coast. Nearly 1,000 California passengers were to be transported to military bases in the Bay Area and San Diego, where they would be quarantined for 14 days. Oakland Mayor Libby Schaaf sought to preempt criticism of the decision to allow the stricken vessel into the Bay Area. "We have to not let our fears impede our humanity," she said. A.P. | S.F. Chronicle

First coronavirus cases were confirmed in Shasta, Madera, and Fresno counties, as the number of infections climbed across California over the weekend. The latest totals on confirmed cases, according to the S.F. Chronicle and N.Y. Times:

See live trackers of confirmed coronavirus cases in California, the U.S., and worldwide.

"We're past the point of containment."

The Placer County patient who died last week had been infected by the coronavirus before boarding a Grand Princess trip to Mexico from Feb. 11 to Feb. 21, a cruise official said. That suggests the virus had been circulating in California since at least early February. Officials began to acknowledge that the spread of the virus is likely now beyond their control. S.F. Chronicle | L.A. Times

The twin ports of Los Angeles and Long Beach, the nation's largest port complex, are projecting a quarterly plunge in cargo volumes of as much as 17 percent compared to the same period last year. Imports were already slow as a consequence of the trade war with China, a port official said: "With the coronavirus, we've gone from uncertainty to potential chaos." L.A. Times | Daily Breeze 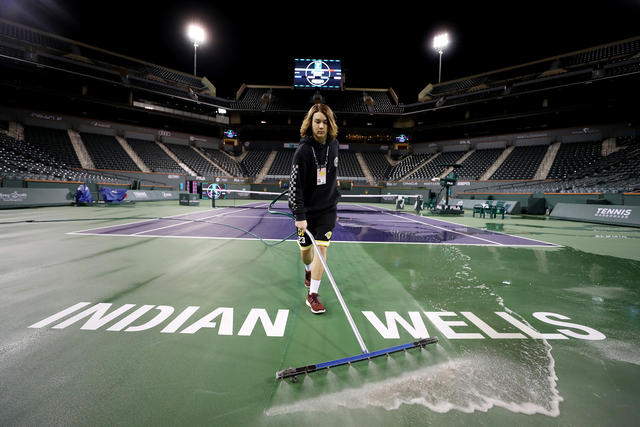 Latest developments on cancellations and closures:

"Did California just have another tax revolt?"

An unusual story line emerged in California's election results: Voters appeared to have become allergic to new taxes. Not only did they reject a statewide education bond for the first time in a quarter century, as of Friday just 58 of local 237 local tax measures had been approved. A survey in February found broad agreement across the state that taxes were too high. S.F. Chronicle 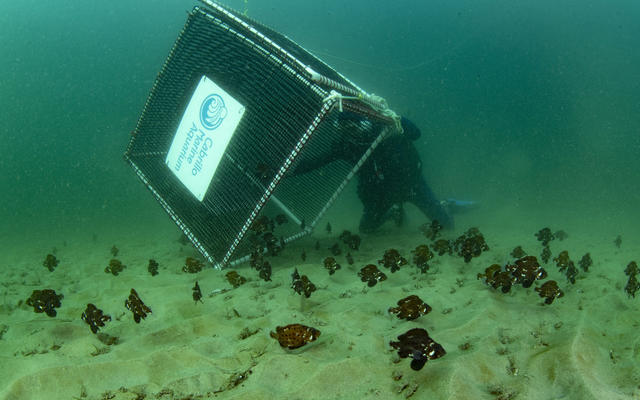 Giant sea bass, mysterious creatures that live more than 70 years and weigh up to 560 pounds, were all but wiped out by overfishing in the North Pacific Ocean. Now there are fresh hopes of a comeback after the Aquarium of the Pacific in Long Beach managed the notoriously difficult feat of breeding them in captivity. Nearly 200 baby giant sea bass were released in Santa Monica Bay last week. L.A. Times | Signal Tribune

A five-county poll of Bay Area residents found a vast majority — 89 percent — believe homelessness is an extremely or very serious problem. Most people also favored the idea of sanctioned encampments. Yet less than half were comfortable with anything being built within a half mile of their home. Mercury News

Berkeley has proposed an ordinance that would give tenants the first right to buy the home they live in. It's generating a lot of controversy. Berkeleyside 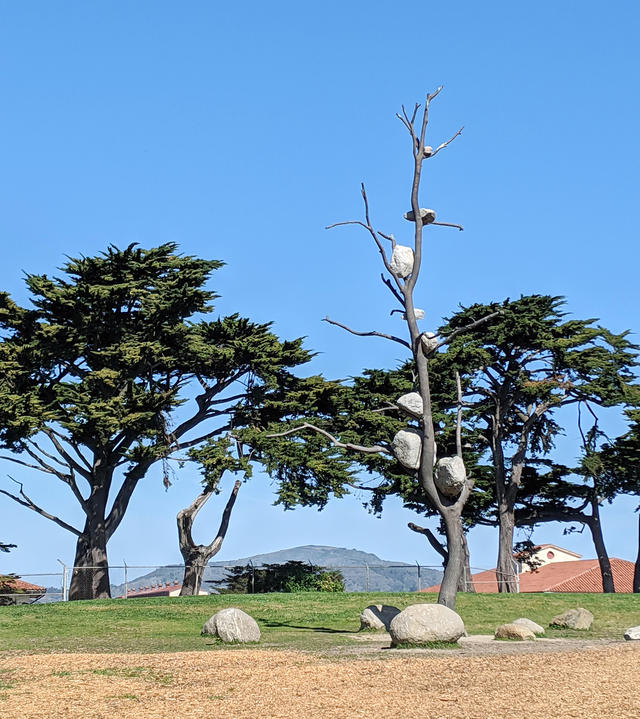 Pictured above is what looks to be a very sketchy place to sit on a windy day in San Francisco. Upon closer inspection, however, the tree with boulders perched precariously in its branches is revealed to be made of bronze. It's part of a yearlong public art installation by a renowned Italian sculptor now on view along the waterfront at Fort Mason. Parks Conservancy

Southern California is expected to be heavily soaked between Monday and Thursday as an atmospheric river delivers much-needed rain after a very dry January and February. More than a third of California is now experiencing "moderate drought," according to the most recent data. Forecasters warned of potential flooding and debris flows. Weather Channel 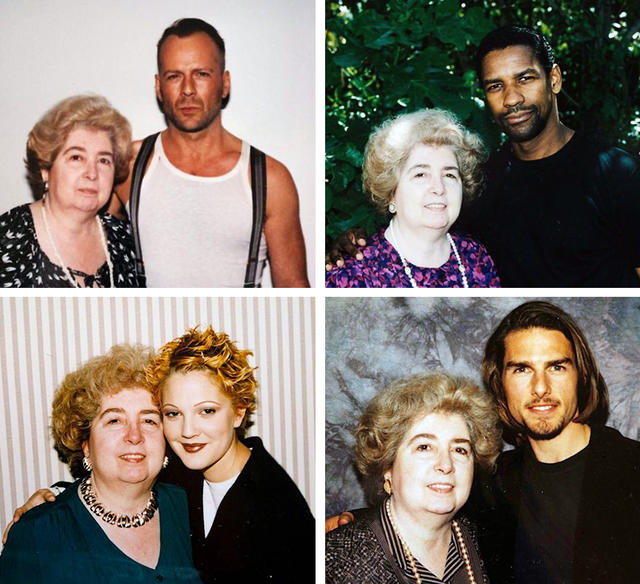 Maria Snoeys-Lagler and some other people.

A photo album discovered at a Belgium thrift shop shows a mysterious, middle-aged woman posing next to the biggest stars of Hollywood in the 1990s — Denzel Washington, Julia Roberts, Kevin Costner, Kevin Bacon, and many others. Turns out the woman, Maria Snoeys-Lagler, who died in 2016, was a member of the Hollywood Foreign Press Association. No one seems to know how her photo album ended up in Belgium. An arts reporter called it "an accidental work of art." artnet | boredpanda