Horror in the valley 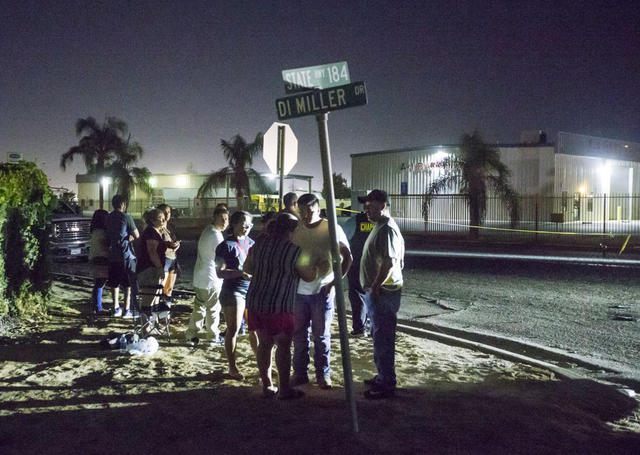 A crowd gathered near the location in Bakersfield where several people were shot and killed on Wednesday.

A gunman in Bakersfield fatally shot five people on Wednesday before turning the gun on himself.

Authorities said the rampage unfolded within just 15 minutes. The man first went to a trucking business where he shot his wife and two men. Next, he drove to a residence and killed two men there. He then carjacked a vehicle and shot himself as deputies closed in.

There was no immediate word on what sparked the violence. "Obviously, these are not random shootings," Kern County Sheriff Donny Youngblood said during a news conference. 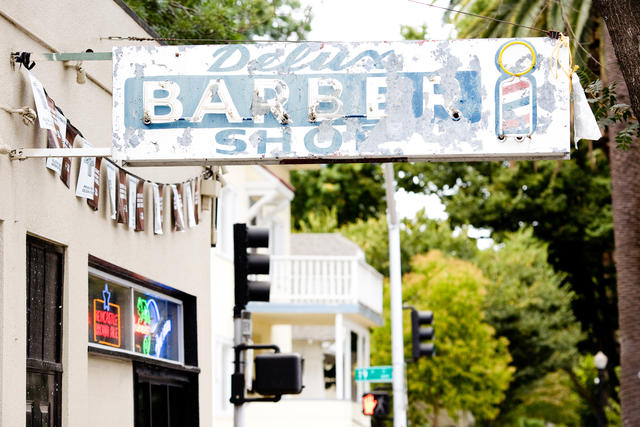 Industries that rely on independent contractors say a new ruling could put them out of business.

In April, California's highest court made it harder for companies to classify workers as independent contractors rather than employees. Analysts warned that it would take a sledgehammer to the gig economy. Now, the barbershop industry, which traditionally relies on a contractor model, says its businesses are in trouble. At a Sacramento barbershop, seven barbers quit. 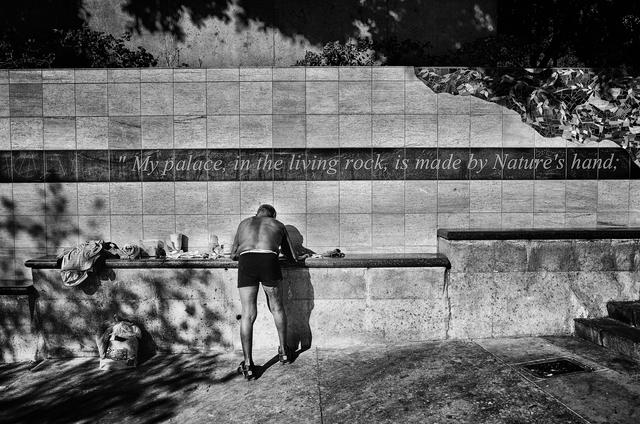 Not long ago, California moved from the world's sixth-largest economy to the fifth. But the state also has staggering income inequality. The Census Bureau put out new numbers showing that California retained the sorry distinction of having the nation's highest poverty rate —19 percent, or 7.5 million Californians. Blame housing costs, analysts said.

As Gov. Jerry Brown hosts a global climate summit in San Francisco, activists are highlighting what they say is a blind spot in his environmental record: little has been done to discourage onshore oil production. In 2017, California was the nation's No. 4 oil-producing state. Under Brown, the state's oil drilling agency has issued some 21,000 well permits.

Gubernatorial candidates Gavin Newsom and John Cox are locked in a standoff over the terms of televised debates. Cox wants five debates. Newsom said he'd only do a CNN debate. But that one was cancelled after Cox tried to dictate the topics. Now it's uncertain any debate will occur. An L.A. Times columnist's assessment: "What a couple of babies."

BART approved advertisements from a group that promotes Holocaust denial and anti-Semitic views. The ads began appearing this month at two San Francisco stations. They say "History Matters!" along with the name of the group: Institute For Historical Review. BART said it had no choice but to allow the ads or risk a lawsuit. 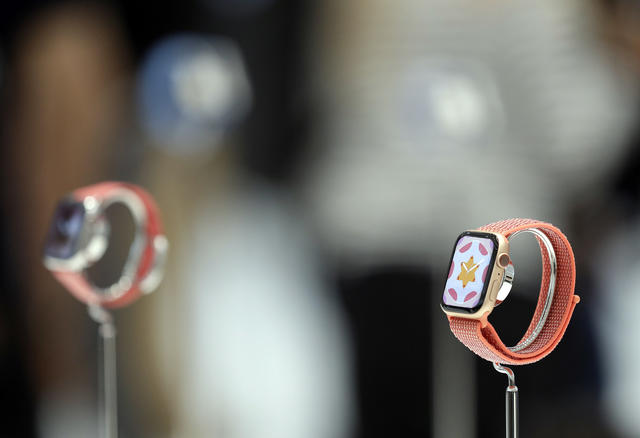 Apple watches on display at Apple headquarters in Cupertino on Wednesday.

Apple unveiled giant new iPhones and a watch that tracks your heart. The iPhone XS Max, with a screen measuring 6.5 inches, is Apple's biggest ever. Starting price: $1,100. Tech writers, however, appeared to be more excited about the watch, which is evolving into a health device. It has electrocardiogram functionality, which can detect an irregular heart rate. Apple's pitch: It could save your life.

Hewlett-Packard was started in a Palo Alto garage. Nearly 80 years later, the immense success of the tech industry means the median price of homes in the area is now $940,000. That's why more people are now leaving Silicon Valley than moving to it. "This dispersion of startups embodies a deep irony," the Economist wrote. "The technology industry, which has disrupted nearly all other sectors, is disrupting itself." 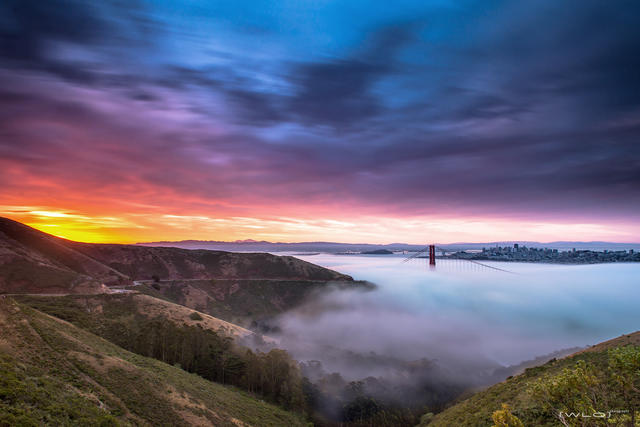 When the rest of the state was setting record temperatures this summer, San Francisco stayed cool and cloudy. Why is that? The answer lies in coastal upwelling, the process by which wind brings deep and cold water to the ocean's surface. That chilly water, in turn, cools the air, creating fog that gets sucked inland. Bay Nature has an explainer. 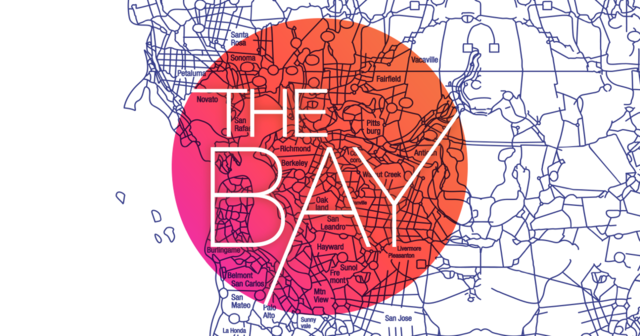 I’ve recently gotten hooked on KQED’s The Bay, a great new podcast trying to make sense of what’s happening in the Bay Area.

Their latest episode looks at stories of sexual misconduct in Bay Area yoga classes, including accusations of touching, drugging, and sex with a minor. "I trusted yoga," one victim said, "so I trusted him." 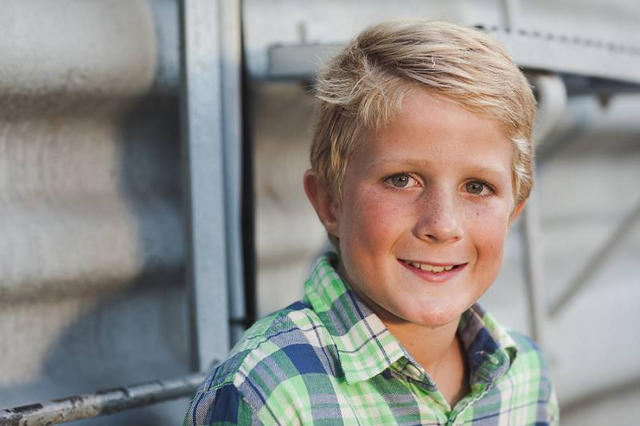 James Ransom was a smart, talkative 12-year-old in Orange County. Then, after suffering a concussion on the football field in 2015, his mood darkened. A little more than a year later, he took his own life. More than a thousand people attended the funeral. A reporter spent several months investigating whether a single hit led to a child's suicide.

"Hollywood Ghost Ship:" More than 60 people were found living illegally in an abandoned comedy theater on Hollywood Boulevard that had no electricity and reeked of human waste. Some residents said they were being charged rent: $400 a month.

A video was released that showed Harvey Weinstein touching and propositioning a woman who later accused him of rape. The recording was made by Melissa Thompson as she demonstrated video technology for the disgraced film producer. At one point, he tells her: "Let me have a little part of you. Can you give it to me?" 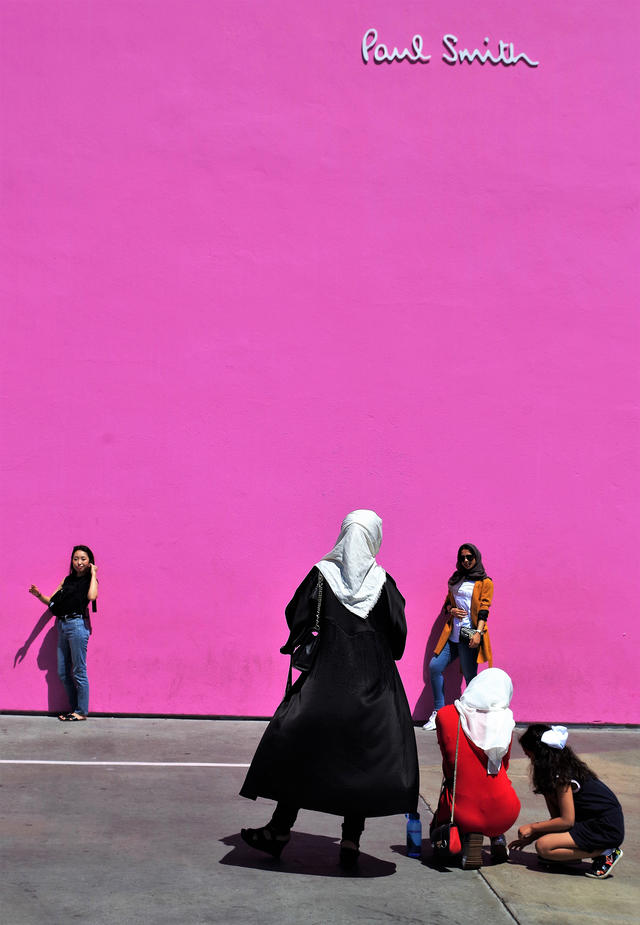 The Paul Smith wall on Melrose Avenue has become a popular destination for Instagram users. 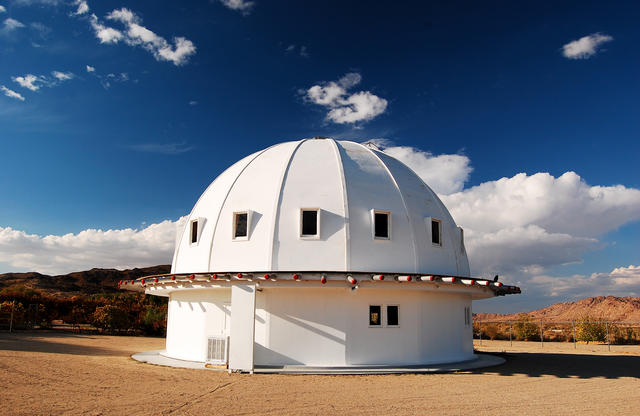 Welcome to the Integratron.

Near Joshua Tree is a giant white dome where you can take a sound bath. The Integratron was created in the 1950s by a Ufologist who claimed the structure was capable of time travel. What really happens is you lay down while someone plays crystal bowls for 20 minutes. The experience is supposed to be very relaxing. It made Curbed's list of 21 things you should do in the California desert.