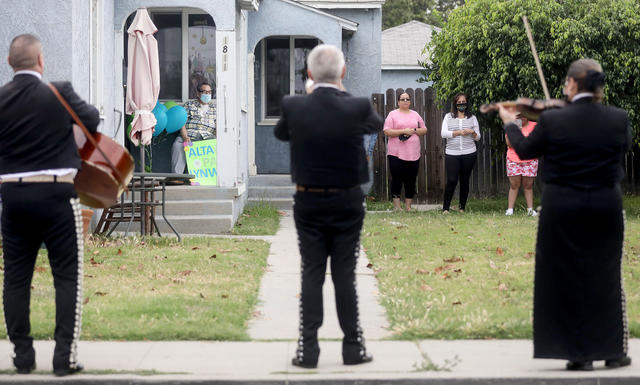 A Mariachi group played for an elderly resident who is quarantined at home in Long Beach.

As of Thursday, Covid-19 hospitalizations have jumped 32 percent in the last two weeks. Gov. Gavin Newsom again pleaded with Californians take precautions. “I cannot impress upon people more the importance at this critical juncture, when we are experiencing an increase in cases that we have not experienced in the past, to take seriously this moment,” he said. L.A. Times | Mercury News 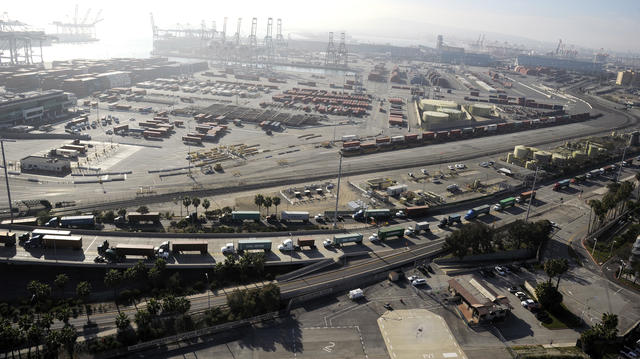 Trucks lined up receive shipments at the Port of Long Beach in 2015.

California adopted a first-in-the-nation rule that forces manufacturers to ramp up sales of zero-emission trucks and buses. As a result, the state estimates that 15 percent of the 1.2 million trucks on the road will run on electricity by 2035, cutting pollution in a state with notoriously dirty air. CalMatters | N.Y. Times

It was filmed by one of the remotely operated vehicles of the Monterey Bay Aquarium Research Institute, a scientific group that has made an art form of sharing its discoveries with the public. That strange apparatus atop the anglerfish's head is a lure, with a glowing tip used to attract prey. YouTube (~2:15 mins) 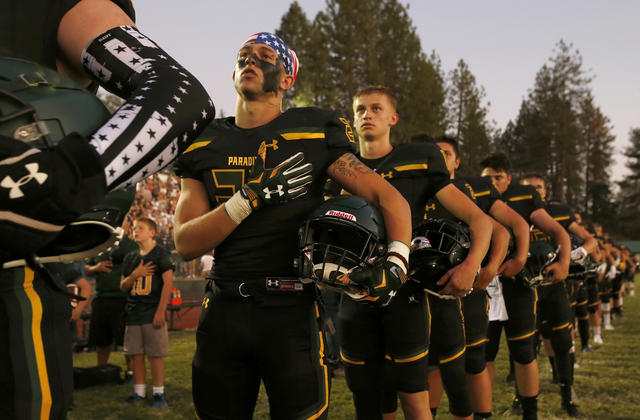 “After all of the accomplishments we’ve made in the face of adversity, I believe there is nothing that can stop us.”

In 2018, the teenagers of Paradise saw their community burned to the ground. Then the pandemic hit. Paradise High School's class of 2020 is now entering a precarious world with an added credential: a degree in survival. The Verge

The president of the Madera County Board of Education posted an image on Facebook of a Confederate flag with the words “I am proud to be white.” Within days, more than a thousand people had signed a petition calling for her to step down. On Thursday, that's what she did. Madera Tribune | KFSN 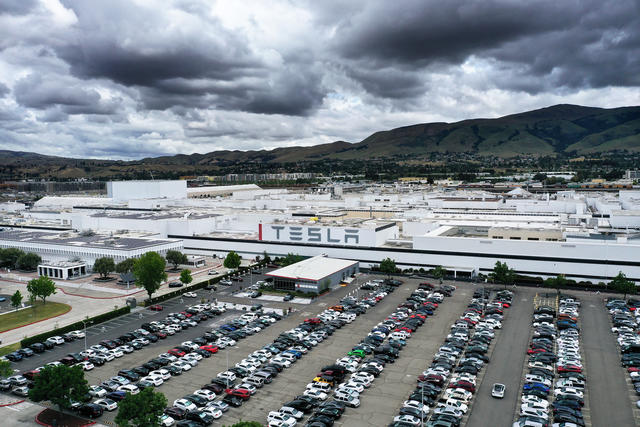 The Tesla's Fremont factory after it reopened on May 12.

A woman captured on video deliberately coughing on a baby at a yogurt shop has been identified — and she works with kids. Multiple parents and colleagues told San Jose Inside that she is Nancy Norland, a special education teacher at Oak Grove School District in San Jose. Police said they were following up on leads but had not yet arrested anyone. San Jose Inside 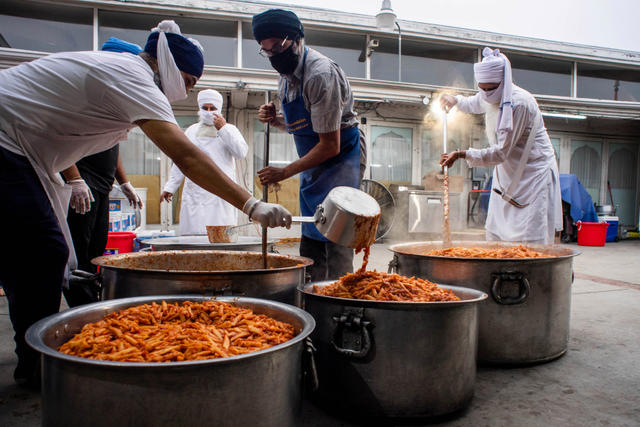 In the last 10 weeks, the Sikh Gurdwara in Pacoima has prepared more than 105,000 meals.

Sikhs arrived in California in the early 1900s, as young pioneers from Punjab sought work at lumber mills, farms, and the railroad. Over the generations, the religious community has embraced a devotion to charity that has helped ease California through tragedy after tragedy. The pandemic is the latest example. Here's an account of a Sikh temple's work in Los Angeles, where every single weekday its members have been serving up meals to struggling families — no proselytizing and no strings attached. L.A. Daily News

"Shaun King needs to be put down."

Members of a private Facebook group for retired Long Beach cops discussed how to kill the Black Lives Matter activist Shaun King, according to screenshots published by King. The Long Beach Police Department issued a statement saying it was "appalled and deeply disturbed" by the report. It launched an investigation along with the FBI. Long Beach Post | Press-Telegram 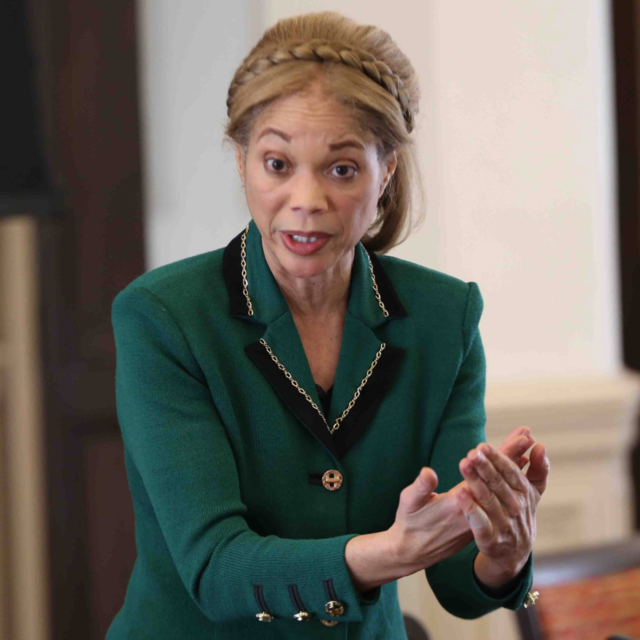 Connie Rice is a civil rights attorney and author of “Power Concedes Nothing.”

On this week's California Sun Podcast, host Jeff Schechtman talks with Connie Rice, a long-time Los Angeles civil rights lawyer who has worked to transform the LAPD. She talked about cops she's worked with who put their lives on the line to protect the vulnerable. "They are guardians, not gladiators," she said. But sadly, she added, they are the minority. California Sun Podcast