Emails obtained by the Sacramento Bee revealed that a public health official pleaded with Placer County Sheriff Devon Bell not to publicly imply that a man had died from his Covid vaccine in January. He did anyway, setting off reports that ricocheted around the world and fed into a wave of unfounded vaccine fears. A week later, the vaccine was ruled out as a cause of death. Sacramento Bee 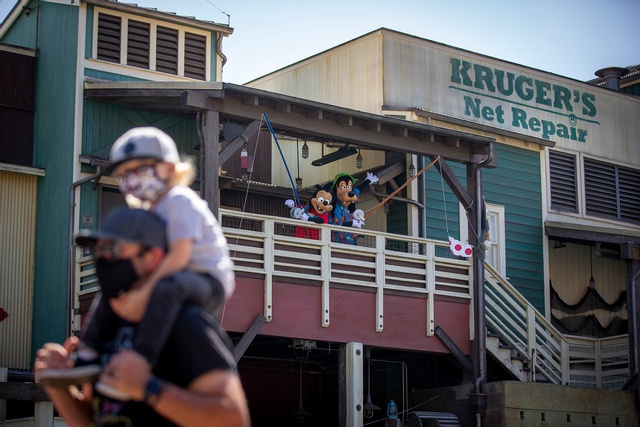 California's return to normalcy took a leap forward Tuesday as 13 counties moved to more relaxed phases of the state's reopening framework. Among them were Los Angeles and Orange counties, the first and third largest, which entered the orange tier, allowing bars to reopen outdoors and higher indoor capacities for a variety of businesses. L.A. County's top health official said the region's progress in beating back the virus was remarkable. "It didn’t just happen," she added. "There was a lot of hard work.” L.A. Times | Sacramento Bee

Counties home to half of Californians are now in the orange tier. See your county's status. 👉 Covid19.ca.gov

With restrictions lifting and spring break arriving, public health experts have offered varying levels of concern about whether California will fend off a fourth surge: 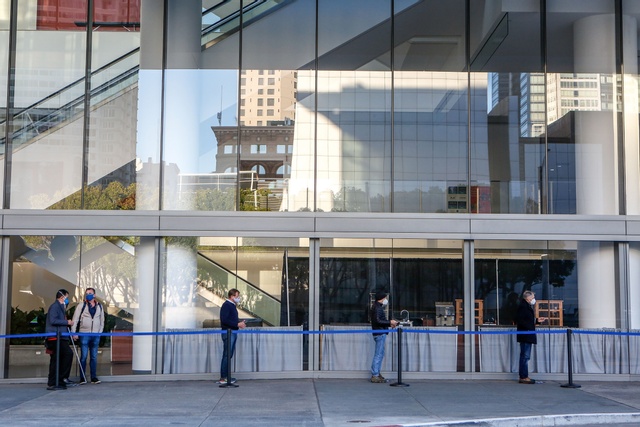 People waited to get vaccinated at San Francisco's Moscone Center on Feb. 5.

“Here Comes the Sun,” The Beatles

“Walking on Sunshine,” Katrina & the Waves

“I Will Survive,” Gloria Gaynor

At Moscone Center, the largest vaccination hub in San Francisco, they have an amazing playlist of happy songs on rotation. Peter Hartlaub got the story behind the song selections and compiled them on Spotify for all to enjoy. S.F. Chronicle

If a recall was held today, Gov. Gavin Newsom would easily survive it, a poll by the Public Policy Institute of California found. Roughly 56% of voters oppose the recall, while 40% support it. “The support for keeping Gov. Newsom has become much more optimistic about where things are headed with COVID than they were in January," said Mark Baldassare, the PPIC president. "All of these things work to the benefit of keeping the status quo." L.A. Times | S.F. Chronicle 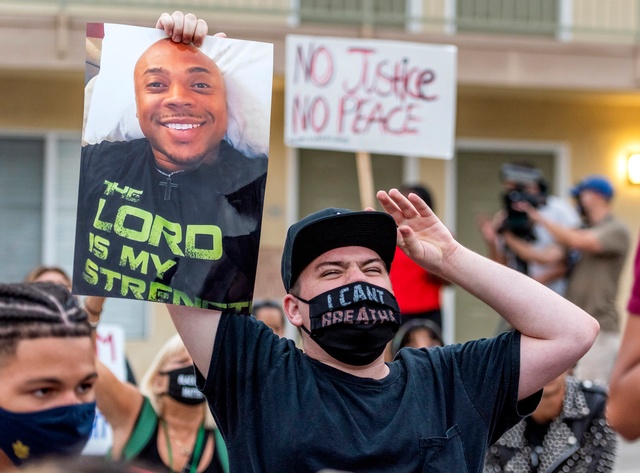 Demonstrators protested the police killing of Kurt Reinhold in San Clemente on Sept. 24. 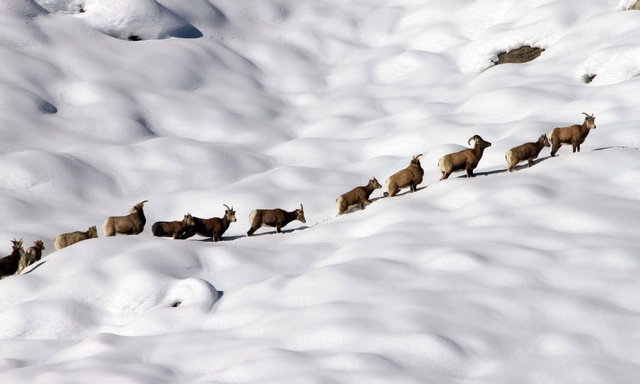 There are only around 600 Sierra Nevada bighorn sheep in the wild, so when mountain lions developed a taste for them, wildlife officials began moving the cats 100 miles away. But the strategy has been complicated by the tenacity of the mountain lions. One relocated male promptly turned around and walked the entire distance back to the sheep. “Within the first 24 hours, he had 360 degrees to choose from in which to travel and he started making a beeline right back to where he came from,” a scientist said. The Guardian

The first arrest has been made in the human smuggling operation that left 13 people dead in a vehicle crash in Imperial County on March 2. Jose Cruz Noguez, 47, a legal permanent U.S. resident, was arrested as he crossed into the U.S. at the Calexico Port of Entry Monday night. The authorities said they were led to Cruz by an associate who surreptitiously recorded a phone conversation with him about the smuggling attempt. City News Service | A.P.

The New Yorker on the "blame game" at the southern border: "The word 'crisis' is both an overstatement and an understatement of the situation. There were more families and children seeking asylum at the border under Trump in 2019 than there are now. And the current numbers, if higher than Biden anticipated, are not unexpected. ... Yet, in another sense, the situation is worse than much of the public understands, because the issues involved are genuinely complex and nearly impossible to settle as long as policymakers in Washington continue to regard decency as a sign of political weakness rather than of moral strength." 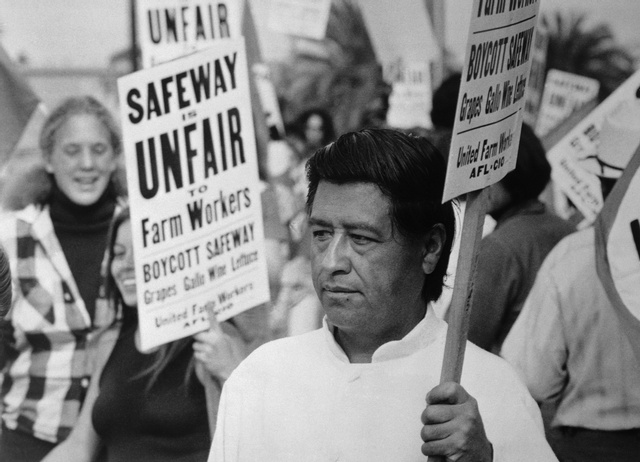 Cesar Chavez picketed outside the San Diego-area headquarters of Safeway markets in 1973.

Cesar Chavez, born on this day in 1927, is all but a saint in California. But the labor leader called undocumented immigrants "wetbacks," embraced a ruthless foreign dictator, and ruled over his organization with an abrasive style that pushed dozens of people away. His conflicted legacy is nowhere near pure enough for today's "woke warriors," wrote the columnist Gustavo Arellano. "To paraphrase Oscar Wilde: Every saint had a past, and every sinner has a future. And Chavez is perhaps as great an example of this in California history. It’s a thought that took me my adult life to realize and appreciate — and accept." L.A. Times

A ride through the forest at Sonoma Zipline Adventures in Occidental.

You can spend the night in Ewok-like redwood treehouses, then fly through the forest on ziplines.

Last summer, Sonoma Zipline Adventures added five yurts in the redwoods near Santa Rosa, suspended high above the ground and connected by swaying suspension bridges. A writer for Sonoma Magazine checked it out: "It turned out to be one of the most unique and memorable overnight stays I’ve experienced as a travel writer."

An entomologist once bet a museum trustee that he could find a new species of insect in her backyard in Los Angeles. He did, and a new project was born to investigate the fantastic biodiversity of America's second-largest city. Since the BioSCAN project began in 2012, scientists have identified more than 800 insect species, 47 of which are new to science. The team has been sharing images of their fabulous finds under high magnification. Atlas Obscura | WIRED

See a few of the images below, and more at the digital exhibition called "Spiky, Hairy, Shiny: Insects of L.A." NHM.org 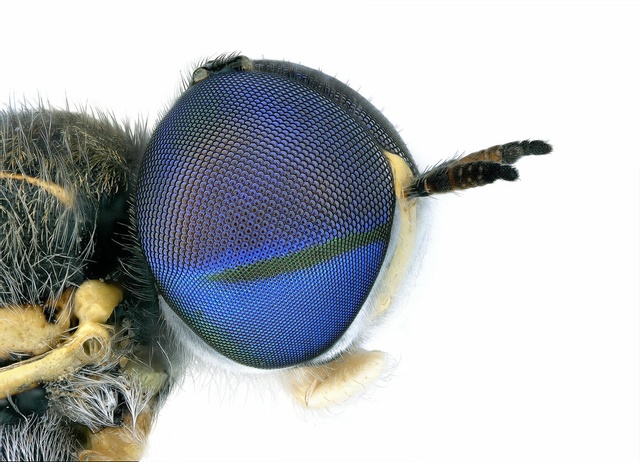 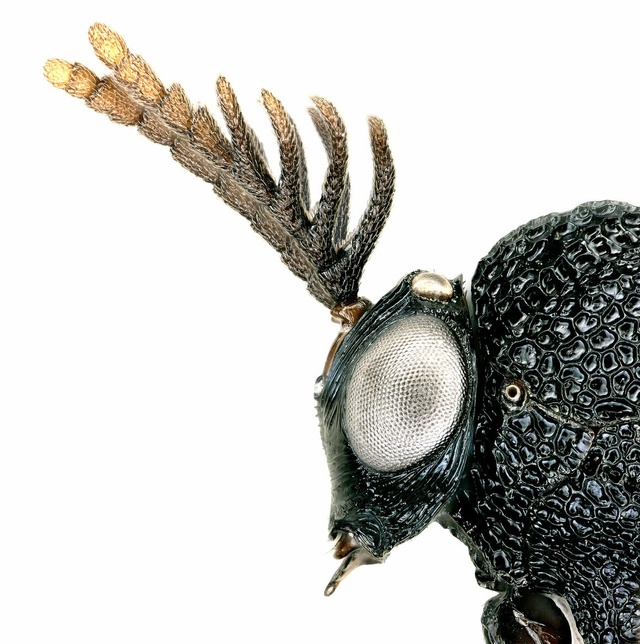 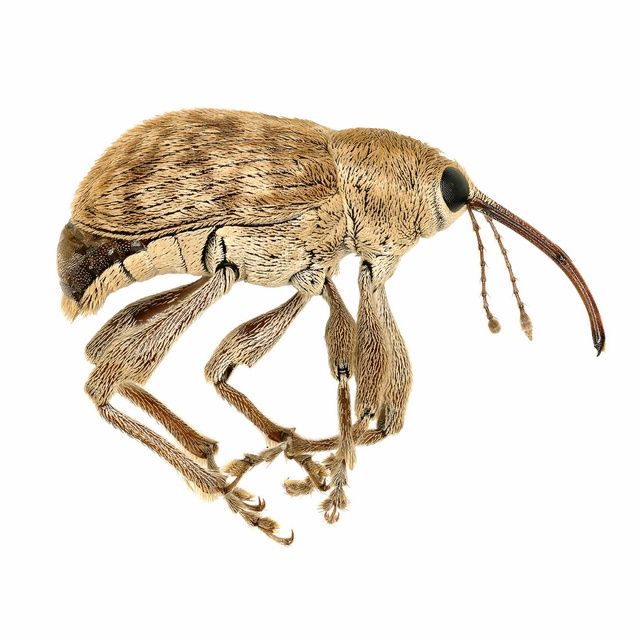