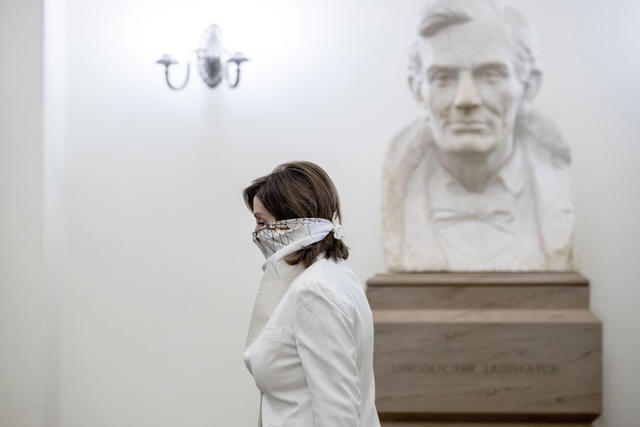 “The president is, shall we say, in an altered state right now.”

On Thursday, Speaker Nancy Pelosi announced plans to create a panel that would review whether President Trump is capable of carrying out his duties, saying he was suffering a “disassociation from reality.” Republicans characterized the move as the prelude to a coup. The Guardian | Washington Post

Some polls show Joe Biden and Donald Trump essentially tied in Texas. The surprisingly strong prospects of Democrats in the Lone Star State tracks with an influx of more 700,000 transplants from California since 2008. The expats may not number enough to tilt the presidential race, but they are making places like Houston and Dallas politically competitive to a degree that was unfathomable 20 years ago. CalMatters 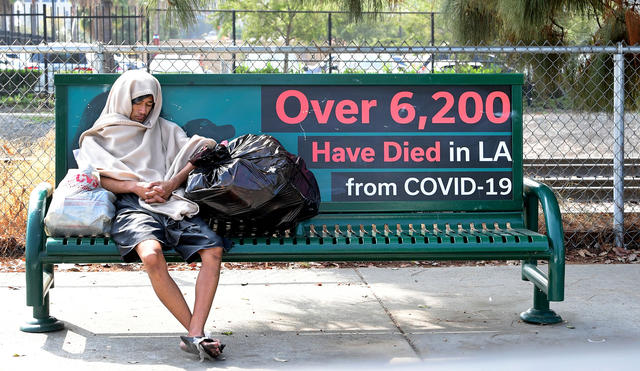 A homeless man in Los Angeles on Thursday.

Statewide, California's coronavirus numbers continue to move in the right direction, but a handful of counties have been reporting troubling upticks. L.A. County had its highest daily count of new cases in six weeks on Wednesday. “This is something we need to watch closely,” the county's top health official said. City News Service | Sacramento Bee

See how your county is faring. 👉 Covid ActNow 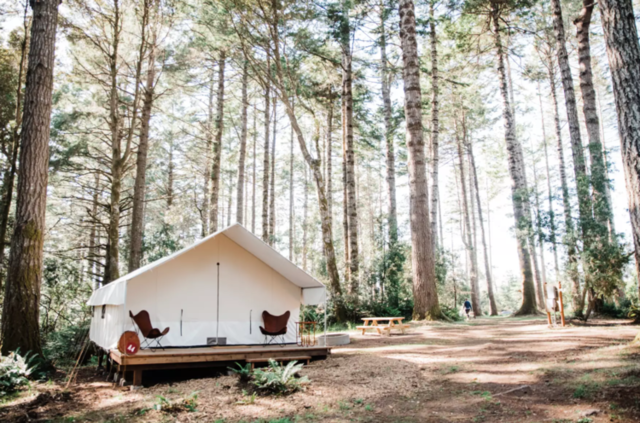 Mendocino Grove has 60 luxury tents set among the redwoods.

A treehouse perched above a vineyard in Monterey Bay. Lakeside cabins in the Trinity Alps. Botswanan safari tents in the Mayacamas Mountains.

Here's a promising list of the 27 best glamping destinations in California. 👉 This Life of Travel

In 2008, Chris Willson, of Santa Cruz, responded to an unusual Craigslist ad offering up a cruise ship. Today, he lives with his girlfriend, cat, and dog aboard a 293-foot luxury liner in the Sacramento-San Joaquin River Delta. When night falls they have their pick of 85 boutique cabins. Here's the wild story of a man's bid to save the derelict ship that inspired television's "Love Boat." 👉 S.F. Chronicle

“Sometimes we go sit at a bench in the Diamond Heights community garden. That’s as naughty as I get.”

Even as restrictions are eased on restaurants, parks, and movie theaters, many people in the Bay Area have remained rigid about sheltering in place. Some have immunocompromised family members. Others say they won't feel comfortable until there's a vaccine. S.F. Chronicle 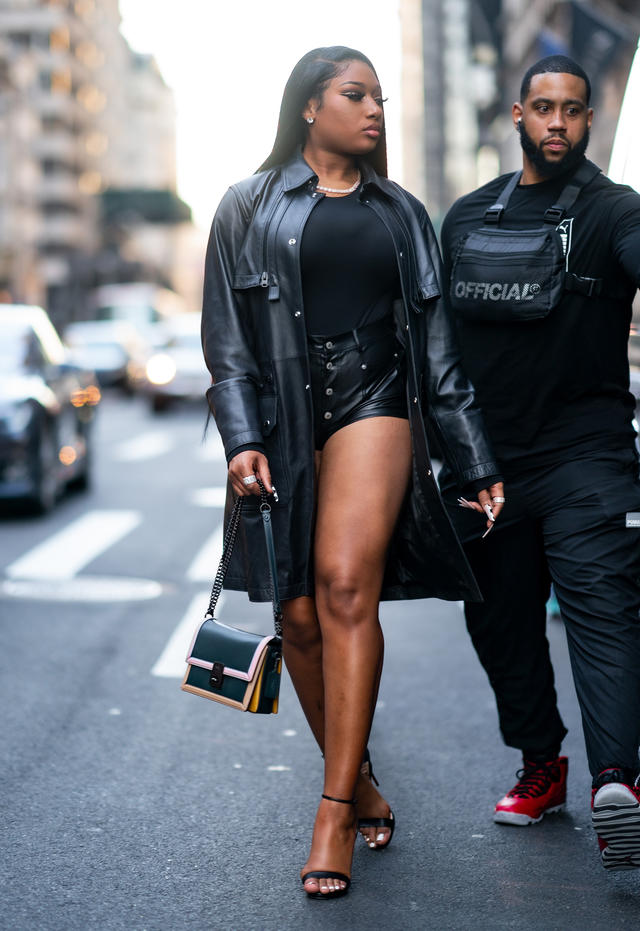 Months after the rapper Megan Thee Stallion said she was shot in the feet in the Hollywood Hills, prosecutors accused another rapper, Tory Lanez, of assault with a semiautomatic firearm. Megan Thee Stallion initially declined to name her assailant, but said misleading accounts from Lanez's team forced her to come forward. "You shot me and you got your publicist and your people going to these blogs lying,” she said on Instagram. L.A. Times | Pitchfork

A popular YouTuber took a tour of the homeless encampments of Venice Beach. Sidewalks are unwalkable. Handball courts have been converted into homes. One person created a dwelling on an island in an intersection, with multiple rooms and a makeshift patio. It's a reminder of how far human suffering has spilled into the streets of one of California's most storied beach communities. YouTube (~11 mins)

The lives of USC linebackers were "stamped forever with an early expiration date," Sports Illustrated wrote.

In 1989, college football tacklers were taught to lead with their heads. Drug tests were easy to beat, concussions were common, and pain was for the weak. That fall, USC had a depth chart of 12 linebackers. Five died before the age of 50, with obituaries that cited cancer, diabetes, addiction, and suicide. But they were all linked to football. A gripping long read 👉 Sports Illustrated 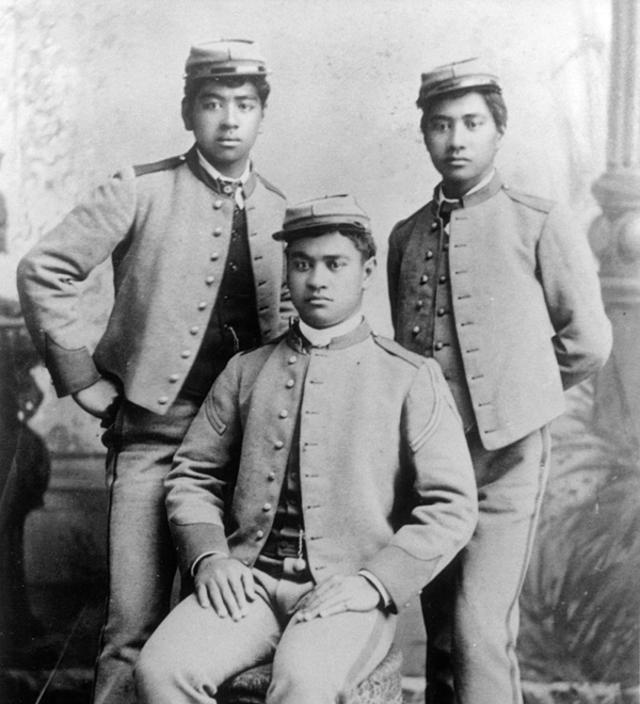 The three Hawaiian princes in their cadet uniforms, circa 1885.

In the summer of 1885, three Hawaiian princes, on break from their studies at a Bay Area military school, paddled into the ocean off Santa Cruz on 17-foot redwood planks.

The strange exercise was recounted in the pages of the Santa Cruz Daily Surf: "The young Hawaiian princes were in the water, enjoying it hugely and giving interesting exhibitions of surfboard swimming as practiced in their native lands."

It was on that warm Sunday afternoon that the first instance of board surfing was documented in California.

Members of the Hawaiian royal family, David Kawananakoa, Edward Keliiahonui, and Jonah Kuhio Kalaniana’ole were brothers who had been sent across the Pacific to be educated at St. Matthew's Hall, a rigorous military academy in San Mateo. They spent summers with family friends in Santa Cruz, where they had surfboards carved out of local trees.

The teenagers returned to Hawaii after just a few years. But they had unwittingly left a gift to California, where a new kind of relationship with the sea was awakened. Reports in the Santa Cruz press described growing numbers of locals riding waves like the Hawaiians — "standing the whole way." 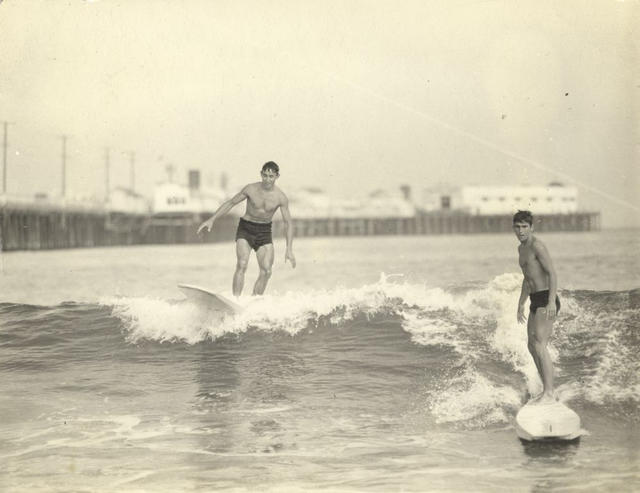 Before long, Santa Cruz was calling itself "Surf City."

The lore of the Hawaiian princes was shared orally for generations. Then in the 1990s, Santa Cruz researchers excavated the history from archival documents and photos in Hawaii and California, stirring up a wave of local pride. In 2010, a plaque honoring the princes was added atop a bluff overlooking the beach. A few years later, two of the princes' original redwood surfboards, stored and largely forgotten at a Honolulu museum, were loaned to Santa Cruz for an exhibit.

On the final leg of the journey, the boards were escorted into the city's downtown in a procession of 38 classic woodie surf wagons. At an unveiling ceremony, a solemn hush fell over the room. The Santa Cruz Sentinel captured the moment: "In the world of surfing, they are the Rosetta Stone, the Shroud of Turin, the Hammer of Thor. They are the paintings on the cave walls at Lascaux, Shakespeare’s first folio, Babe Ruth’s first bat. They are the First Surfboards." 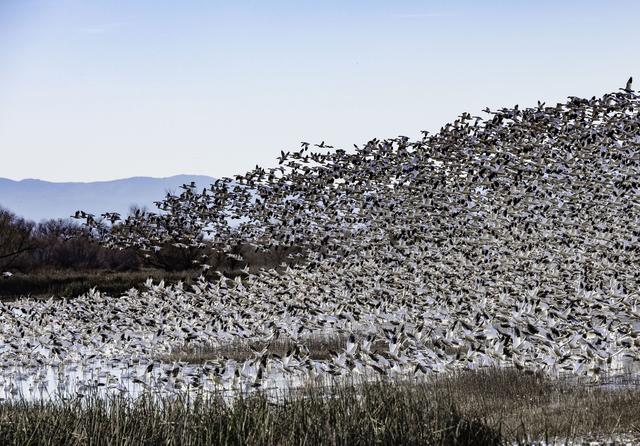 Snow geese take off from wetlands in the Gray Lodge Wildlife Area.