Please note: The newsletter will pause Friday for the holiday weekend. Back in your inbox on Monday. 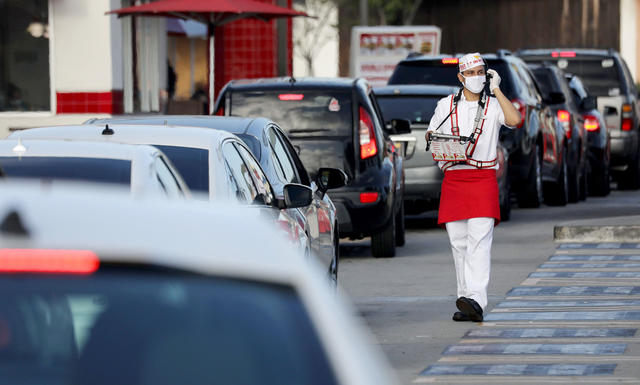 A worker took orders at the drive-through of an In-N-Out Burger in Los Angeles on Wednesday.

As California retreats from its reopening, Politico and the Wall Street Journal published accounts of what went wrong in a state that had been the nation's shining star on the coronavirus.

California's restaurant industry was already severely bruised by the pandemic. Many were left with no room to spare on revenue after implementing safety measures. Now forced to shut back down for three weeks, “This will be the last straw for a lot of restaurants,” said the head of the California Restaurant Association. A.P.

Here are the 19 counties where bars, wineries, movie theaters, and indoor restaurant dining must close. 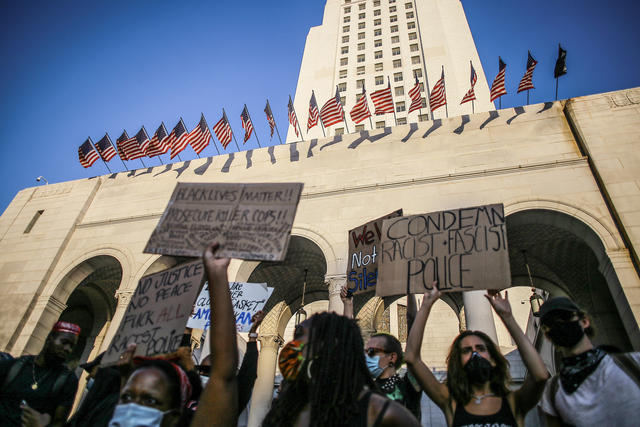 In the first systematic look at the question, public health experts found little evidence that the protests over George Floyd's death caused a significant increase in coronavirus infections. A.P.

So how exactly do you catch Covid-19? A consensus is now emerging around an answer: The virus is rarely transmitted via fleeting encounters with people outdoors. "Instead, the major culprit is close-up, person-to-person interactions for extended periods. Crowded events, poorly ventilated areas and places where people are talking loudly — or singing, in one famous case — maximize the risk." Wall Street Journal (no paywall)

In a June 20 message on Facebook, Thomas Macias shared his regrets about having attended a party in Lake Elsinore and catching the coronavirus. "Because of my stupidity I put my mom and sisters and my family's health in jeopardy," he wrote. "Hopefully with God’s help," he added, "I’ll be able to survive this." He died the next day. NBC News 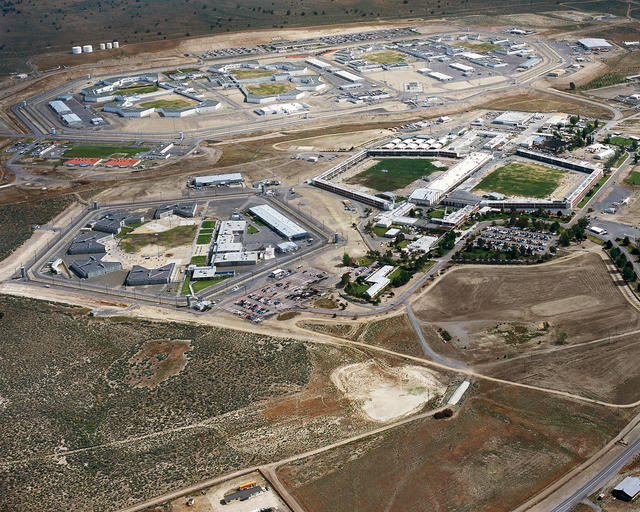 California Department of Corrections and Rehabilitation

Rural Lassen County managed to keep the coronavirus at bay for months. Its first case didn't surface until May 22. As such, Lassen was among the first California counties to start easing back toward normalcy. Now a major outbreak has exploded at the Susanville state prison, posing a danger to the surrounding community. Its source: inmates transferred from San Quentin. L.A. Times

Opened in 1922, the Oakland Zoo is now on the verge of closing for good, its CEO said. Shuttered since March, the zoo has already cut wages across the board, laid off part-time and season staff, and furloughed 10% of its full-time staff. It's now down to $3.2 million in an emergency reserve fund. The bare-bones cost of operations per month: $1.2 million. East Bay Citizen | SFGate.com 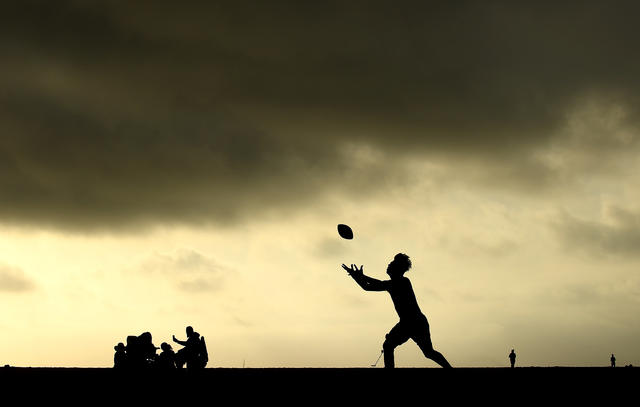 Citing concerns about racial bias, the San Francisco police are halting the release of mug shots of people who have been arrested unless they pose a threat to the public. Police experts said it was the first department in the nation to do so. Police Chief Bill Scott said the move affirms a core principle in criminal justice: "those booked on suspicion of a crime are nonetheless presumed innocent of it.” S.F. Examiner | A.P. 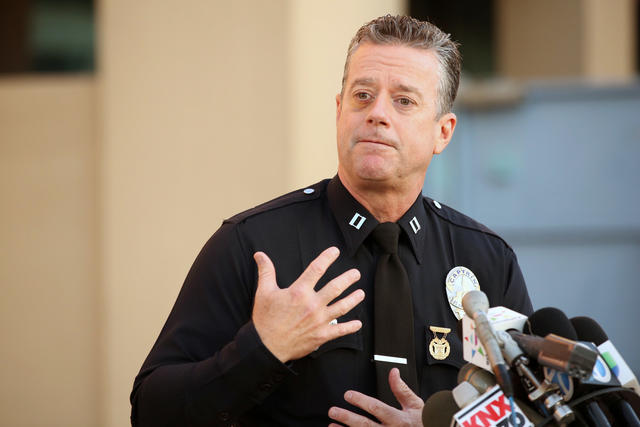 The Los Angeles Board of Education approved an immediate 35% cut to its school police force. Student activists and community groups celebrated the move. Before the vote, the department's police chief warned that nighttime security, after school programs, and sex-trafficking prevention would be eliminated. After the vote, he quit his post. L.A. Times | L.A. Daily News

California is now home to the world's most valuable carmaker. Tesla shares hit a record high on Wednesday, giving it a market capitalization of nearly $210 billion, ahead of Toyota. Headquartered in Palo Alto, the pioneering carmaker is also more valuable than Disney, Coke, and Exxon Mobil. CNN | Bloomberg 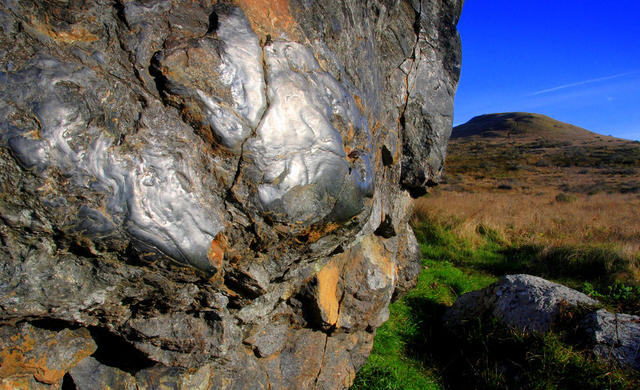 Two big boulders along the Sonoma coast have smooth spots that scientists believe were buffed by back-scratching Columbian mammoths.

California was once a Serengeti of prehistoric mammals: mammoths, ground sloths, saber-toothed cats, and more. Scientists determined that the boulders served as scratching posts by examining the texture and location of the polished areas, and comparing them with the sorts of marks modern elephants make. Located in Sonoma Coast State Park, the rocks nowadays attract another sort of wild creature: rock climbers. One told the Sonoma County Gazette that when climbing there, "You can literally feel a tactile connection to the past as you grip the stone." Atlas Obscura

The California Sun has been curating recommendations from outdoor writers of their top five not-to-be-missed destinations in each of nine California regions. Today’s post is the final installment: the Central Coast region. After the holiday, I’ll publish all 45 recommendations as a standalone mini-guide.

Here’s Brian Milne with his favorite places along the coastal stretch from Monterey County to Santa Barbara County. 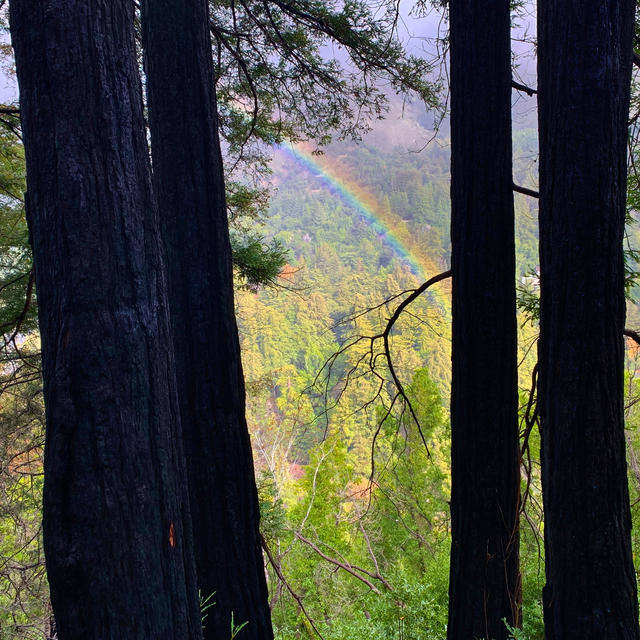 By far my favorite state park on the Central Coast, the park and nearby trailheads and beaches offer a little bit of everything: great camping, biking, hiking, fishing, and even surfing. Hike the Big Sur River trails — including Buzzard's Roost with a panoramic view of the ocean — and keep your eyes peeled for banana slugs sliding down the base of 2,000-year-old redwoods. 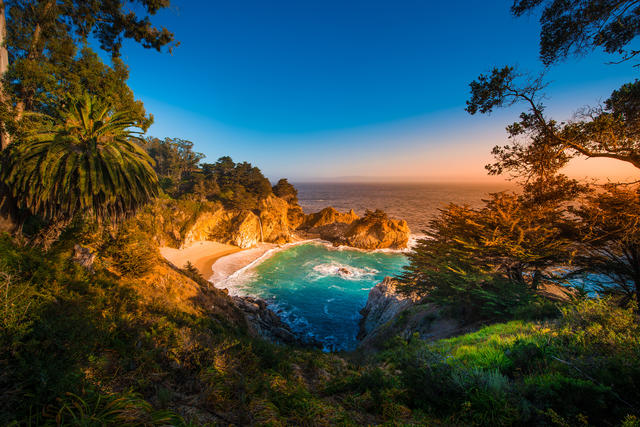 The best waterfall on the Central Coast — sorry, Salmon Creek and Nojoqui Falls — is also one of the easiest to access right off Highway 1. The flat, 0.6-mile out-and-back trail stops at McWay Falls Overlook, offering an awe-inspiring view of an 80-foot waterfall that pirouettes down a granite precipice to the white sandy beach below. Visit the trail at an extremely high tide, and you'll see one of the few waterfalls on the West Coast that falls directly into the ocean. 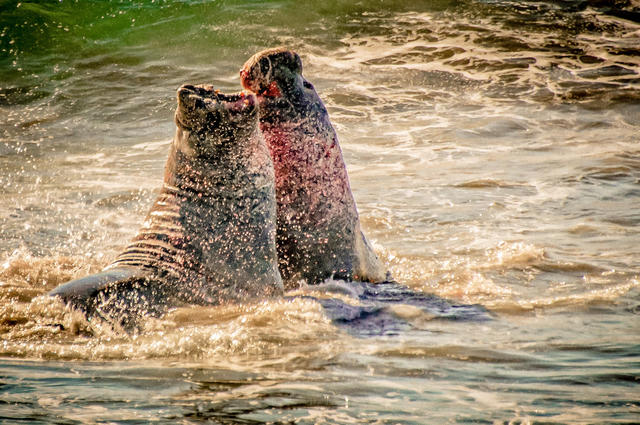 The snorting behemoths of Piedras Blancas put on a truly wild display.

This sandy beach rookery located 5 miles north of Hearst Castle in San Simeon is where more than 15,000 elephant seals migrate for birthing, molding, and resting throughout the year. Trails and viewing areas are open daily, but the best time to visit is from December to March, when the larger males are on the beach claiming their territory. While you're in San Simeon, be sure to visit Hearst Castle, stop at San Simeon Cove and Pier, and do the 2.5-mile hike out to San Simeon Point. 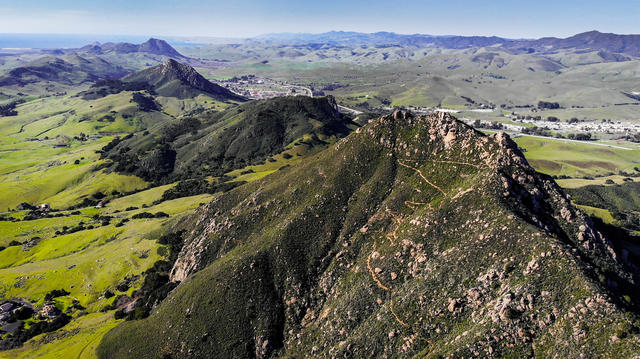 Bishop Peak, in the foreground, towers above San Luis Obispo.

One of two signature hikes in the heart of San Luis Obispo, Bishop Peak earned its name from the three main points at the summit, which resemble a bishop's miter. This fun, 3-mile hike climbs about 850 feet in elevation and offers 360-degree views of the city once you reach the top. If you're looking for a second adventure, check out the trails up nearby Cerro San Luis or Madonna Mountain. 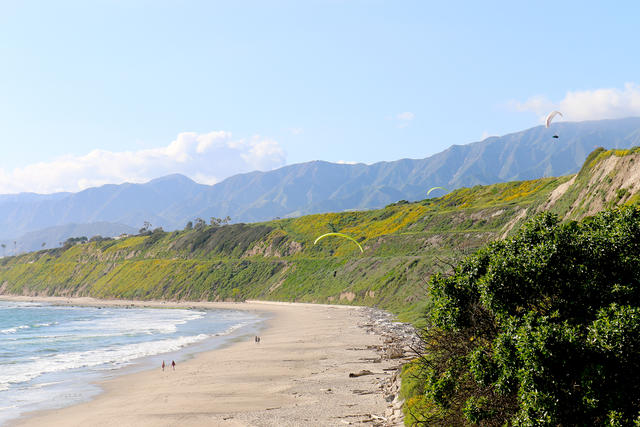 Rincon Beach Park has some of California’s best surfing.

Located at the Ventura-Santa Barbara county line, Rincon is a legendary point break known as the "Queen of the Coast." But even if you aren't a surfer, the Rincon parking area offers access to another one of Rincon Parkway's best outdoor opportunities: the Pacific Coast Bike Route, a two-lane path separate from the highway that runs along the water's edge to Marina Park in Ventura.

Brian Milne is the author of "Top Trails: California Central Coast" and will be releasing his next guide on California's best outdoor adventures later this year on his Amazon author page.