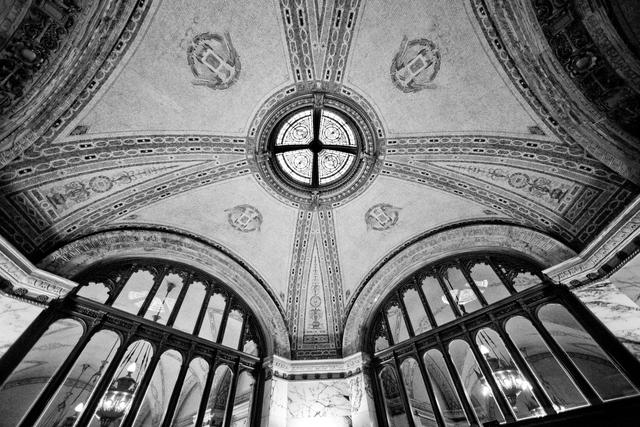 A ceiling inside the 9th U.S. Circuit Court of Appeals in San Francisco.

Based in San Francisco, the U.S. Court of Appeals for the Ninth Circuit has had a reputation as the most progressive federal circuit. Now, after 10 appointments to the court under President Trump, it has suddenly shifted to the right, with an even more pronounced tilt expected in the years ahead. "Trump," one judge said, "has effectively flipped the circuit." L.A. Times

The Beaux Arts home of the Ninth Circuit is among the most ornate public buildings in the West. Curbed San Francisco

Several dozen coronavirus patients at the Bay Area's Travis Air Force Base need to leave, but they have nowhere to go. A plan to send them to a facility in Costa Mesa prompted residents there to protest, holding signs like "Don't turn our city into another Wuhan." Local officials asked a judge to block the move, and she agreed. O.C. Register | A.P.

The two 13-year-old boys accused of setting a library fire that left two firefighters dead in Porterville have been charged with murder. The boys denied the charges and remained in jail. In California, children under 14 cannot be tried as adults. Visalia Times Delta | A.P. 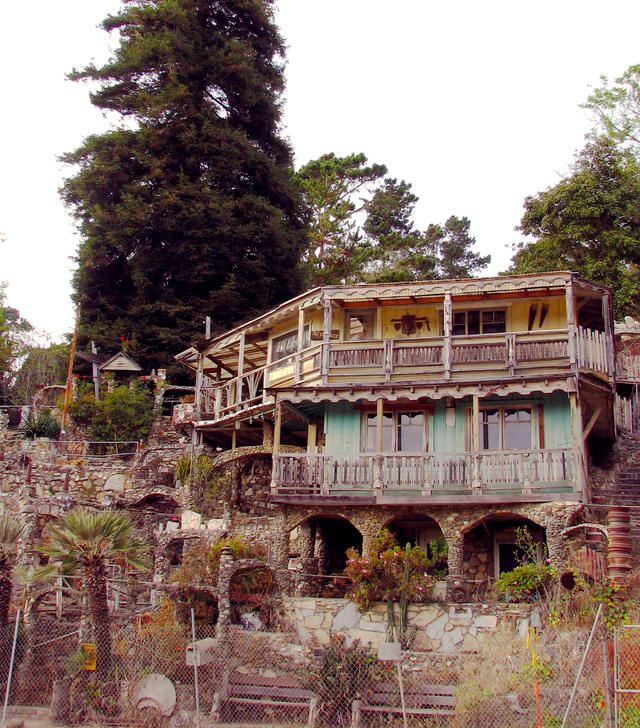 It's known as the "anti-Hearst castle." Not far from the newspaper magnate's cathedral of capitalism is Nitt Witt Ridge, pictured above, a monument to California's other great impulse: eccentricity. The hillside home in Cambria is literally made of trash, the life's work of an artist and former garbageman named Art Beal who embraced an extreme form of recycling.

Starting in 1928, he spent five decades constructing the house out of concrete and wood topped with beer cans, tire rims, toilet seats, and shells. Locals initially hated the structure, but over time attitudes changed. The home was deemed a historical landmark — and it can now be yours. Nitt Witt Ridge is on the market for $275,000. The Tribune

Also up for grabs: a glass-walled Richard Neutra home in the Verdugo Mountains, a meticulously restored Victorian in Escondido, and a Bay Area Eichler for under a million dollars. 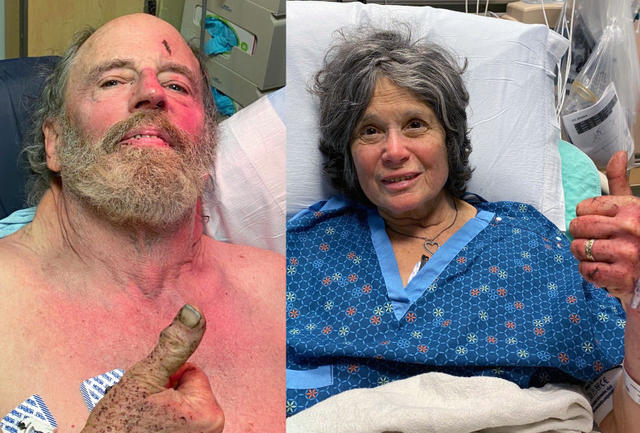 Ian Irwin and Carol Kiparsky were rescued Saturday after nine days in the Inverness forest.

The family of a missing Bay Area couple had begun to grieve. Carol Kiparksy and Ian Irwin, both in their 70s, had gotten lost while hiking on the Point Reyes Peninsula on Feb. 14. The rescue effort was officially shifted to a recovery operation. Then, nine days after they disappeared, a miracle: Searchers spotted the pair, bloody and weak but still alive, stuck in a ravine. They were holding hands. "Are you real?" Irwin said. "Are you really real?" Marin Independent Journal

Also found: Cody King, a 24-year-old from Clovis who had been missing since Wednesday after his car got stuck in the snow in the Sierra foothills. He was fine. YourCentralValley | Fresno Bee 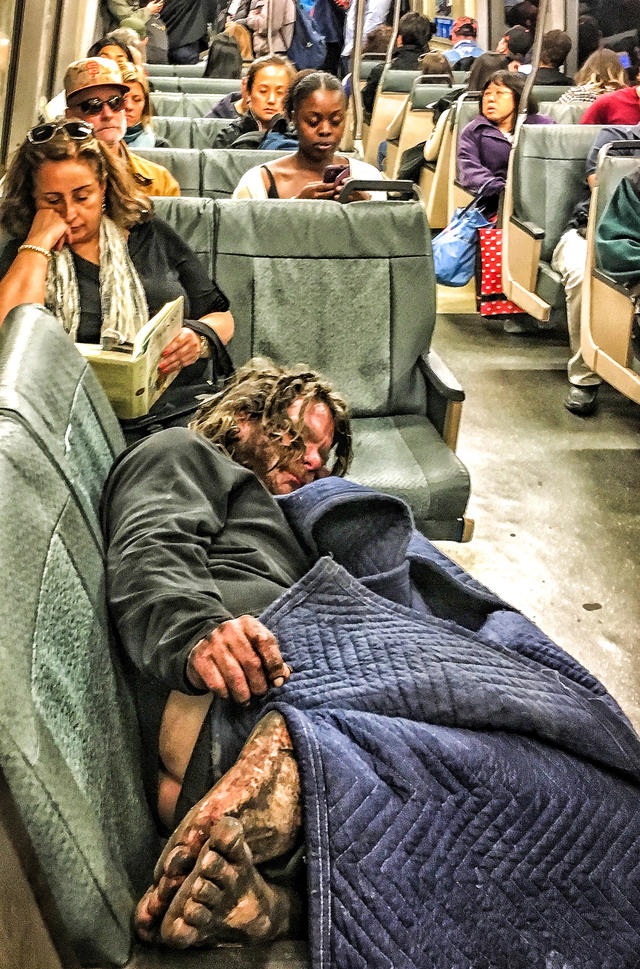 Residents cited the failure of state and local leaders to address homelessness.

Nearly 3 in 4 Bay Area residents now say that the region's quality of life has worsened in the last five years, a poll found. More residents said they are thinking about moving — 47 percent — than staying — 45 percent. Nearly 10 percent have solid plans to leave this year. Mercury News

Law enforcement officials are still undermining a new transparency law in California, and in Sacramento the resistance is draining taxpayer dollars. A judge ordered the Sacramento County Sheriff's Office to reimburse more than $165,000 in legal fees incurred by the Sacramento Bee as the newspaper fought for access to public records. Sacramento Bee 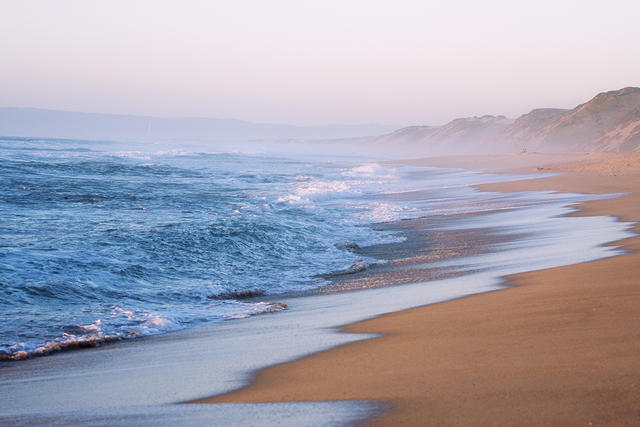 The first new state park campground on the California coast in 30 years will open in 2022. The location is at the Fort Ord Dunes State Park, a 4-mile stretch of the Monterey Bay with white sand, turquoise water, and some of the best views of coastal dunes anywhere in the state. S.F. Chronicle | Monterey Herald 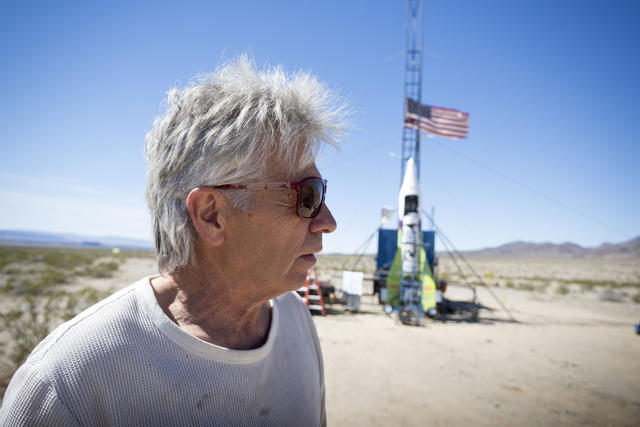 Mike Hughes, a daredevil who aspired to prove the earth was flat by flying to the edge of outer space, died after he strapped himself to a homemade rocket, blasted off over the desert, and plunged back to earth near Barstow. The launch was meant to be featured on a Science Channel series called "Homemade Astronauts," and dozens of people watched in horror as it unfolded. Victor Valley Daily Press | LAist

The fatal launch was captured on video.

As the default frontline in California's homelessness crisis, firefighters on Skid Row face constant horror. On his first day 11 years ago, Tony Navarro responded to a medical call. He found a man without feet in a wheelchair. The man was lifted up, and his entire back was revealed to be covered in maggots. "That was my first day," Navarro said, "and it was all downhill from there." L.A. Times 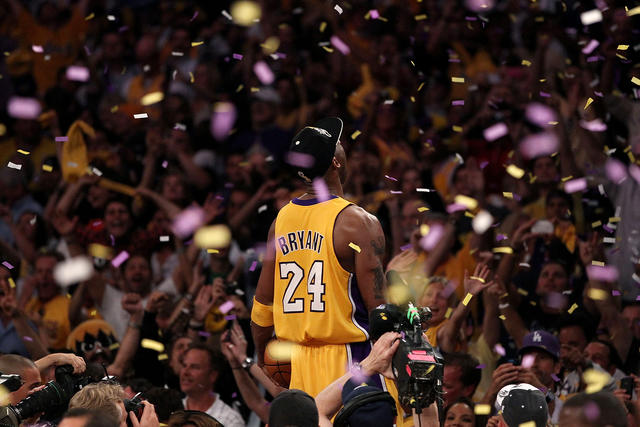 Kobe Bryant celebrated after the Lakers defeated the Boston Celtics in the 2010 NBA Finals at Staples Center.

At 10 a.m. today, 20,000 mourners are expected to fill Staples Center, home of the Los Angeles Lakers, for a memorial to Kobe Bryant and his 13-year-old daughter, Gianna. The Lakers will be streaming it live.

Across Southern California, outdoor walls have been converted into tributes to Kobe and Gianna Bryant. Photo tours of the artscape were published in both the N.Y. Times and O.C. Register.

In one of his last interviews, Bryant explained why he didn't go to more Lakers games: "It's not that I don't want to go, but I'd rather be giving B.B. a shower and sing Barney songs to her. I played 20 years and I missed those moments before." L.A. Times 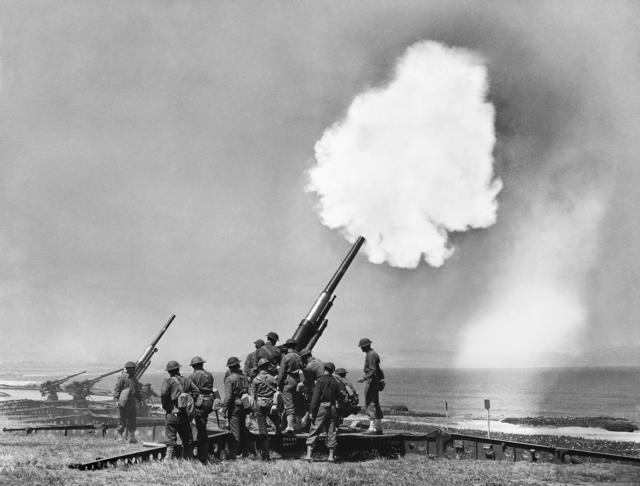 An anti-aircraft gun fired over the ocean in Los Angeles on April 30, 1942.

It was only three months after the attack on Pearl Harbor, and the West Coast was gripped by fears that the Japanese would storm the beaches at any moment.

Then, on this day in 1942, an alarm was issued: Something strange had been spotted over the skies of Los Angeles.

A total blackout was ordered. As day turned to night, reports became hopelessly varied, with a coast artillery colonel reporting about 25 planes overhead. At around 3 a.m., anti-aircraft batteries unleashed a barrage of ammunition that, the L.A. Times reported, "erupted like a volcano."

Chaos ensued. Friendly fire became confused with enemy fire, and foreign planes were reported to number anywhere from one to several hundred. 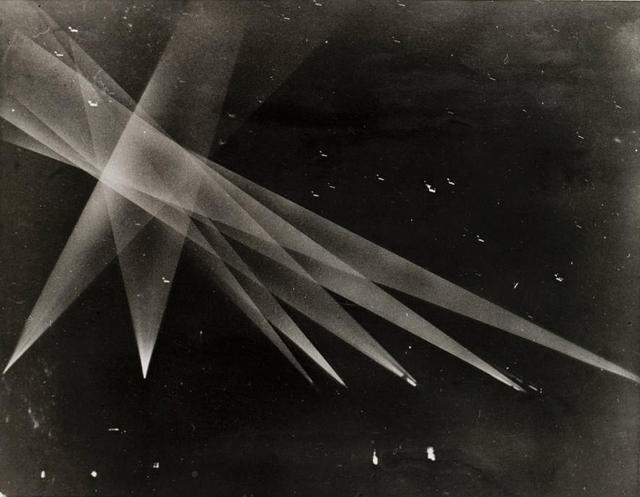 Search lights were pointed over the skies of Los Angeles on Feb. 25, 1942.

By the time dawn cast its light across the city, some 1,440 rounds of ammunition had been rocketed into the skies. Yet not a single bomb had been dropped. The death toll? Five — three from car accidents and two from heart attacks.

The Battle of Los Angeles, as it became known, was a false alarm, the Navy quickly acknowledged. The Army, however, wasn't so sure, suggesting that at least one enemy plane had entered California airspace that night.

The conflicting explanations gave way to a series of conspiracy theories. One that persists to this day: that we indeed had a visitor that night, but it wasn't the Japanese; it was aliens.

After the war, Japan confirmed that it had never flown an aircraft over Los Angeles during the war. In 1983, the U.S. Office of Air Force History issued its final word on the matter. A careful study of the evidence, it concluded, suggested the whole thing had been set off by weather balloons.