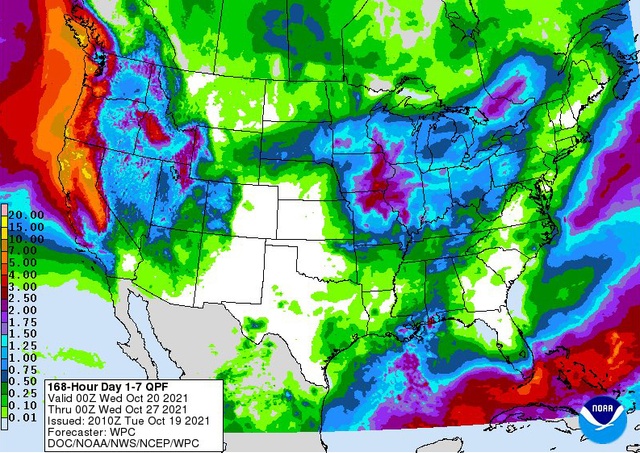 A parade of three storms is poised to drench central and northern California over the next week, forecasters said. Rain was expected to fall nonstop today and Thursday, then pause on Friday, before potentially heavier precipitation over the weekend and into next week. The weather systems could end the fire season while swelling rivers, bolstering snowpack, and adding water to depleted reservoirs. “This is definitely a robust event,” said Andy Bollenbacher, a meteorologist at the National Weather Service. “This is probably the strongest system I’ve seen in October in years." Washington Post | Mercury News | S.F. Chronicle

See a simulation of the storms' predicted arrival. 👉 @DrewTumaABC7

State energy officials are expressing concern that California's aggressive transition to renewable energy will lead to electricity shortages in coming summers. With the scheduled shutdown of four natural-gas-fired power plants and a nuclear facility, utilities have been racing to secure an unprecedented amount of renewable energy and battery storage. But with supplies already strained, people involved in the effort are anticipating "significant challenges," the Wall Street Journal reported.

Some conservationists equate the health of insects to that of the planet. If the insects die, so do birds, and fish, and so on. There are now 18 critically endangered butterfly and moth species in California, the result of a die-off attributed to habitat loss, pesticides, and climate warming. A team of specialists in San Diego is the only reason some of them still exist. The BBC profiled the group's work, which has included improvisations such as feeding butterflies Gatorade by hand until they lay eggs.

"Wow that thing is absolutely massive."

Gif created from video by "Beyond the Tide."

☝️ This, ladies and gentlemen, is a California black sea hare.

The largest of all sea slugs, it grows to the size of a housecat munching seaweed and kelp along the Pacific coast. Fun fact: Black sea hares possess both male and female sex organs. They sometimes form mating chains of multiple individuals with those in the middle simultaneously impregnating and getting pregnant. Wildlife educator Coyote Peterson and tidal pool expert Aron Sanchez found a slimy specimen in San Pedro. YouTube (~8 mins) 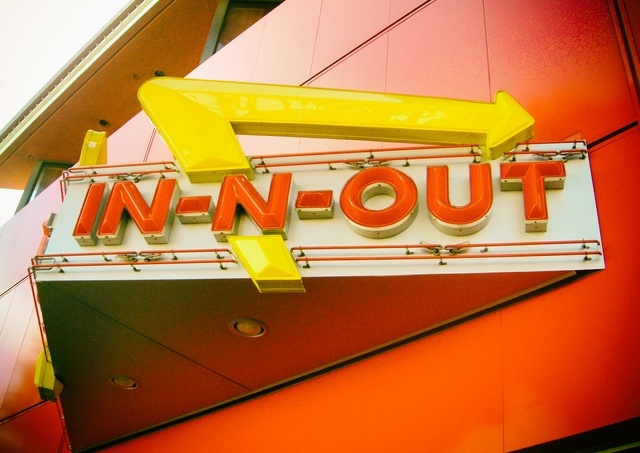 In a remarkable public rebuke, In-N-Out accused San Francisco of "governmental overreach" after city officials briefly shuttered one of its locations for failing to check patrons' vaccine cards. “We refuse to become the vaccination police for any government,” In-N-Out’s chief legal and business officer wrote. “It is unreasonable, invasive, and unsafe to force our restaurant associates to segregate customers into those who may be served and those who may not, whether based on the documentation they carry, or any other reason.” S.F. Chronicle | Eater San Francisco

The Guardian obtained an EPA document that lists every site in the U.S. known to contain so-called “forever chemicals,” which don't break down and are linked to cancers. There are 120,000 in all, including 13,000 in California, far more than previously revealed. One of them, the Clover Flat landfill in the Napa Valley area, is located within 3 miles of 5,000 people. A 2020 groundwater study found forever chemicals in every sample. 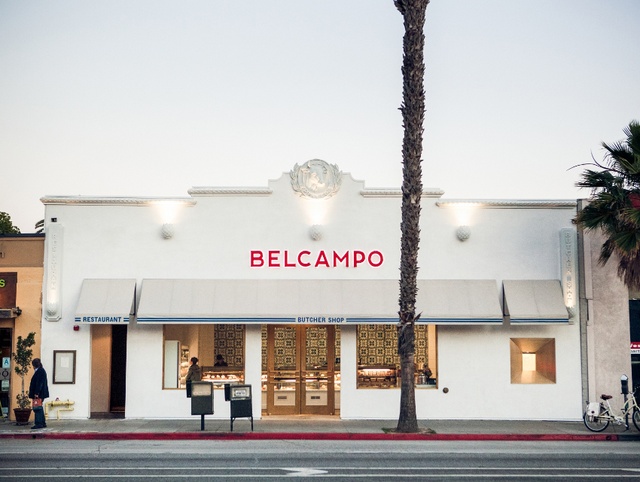 Belcampo had multiple retail butcher and restaurant outlets in California.

The Bay Area meat company Belcampo has abruptly shut down all of its operations following a meat labeling scandal. Founded with a $50 million investment in 2013, Belcampo became a darling of the sustainable butchery movement, selling immaculately sourced meats with deluxe price tags. In May, a viral video claimed Belcampo was passing off meat from other companies as its own, precipitating a spectacular fall from grace. Eater Los Angeles | SFist

After years of almost continuous crisis, Facebook is planning to change its name next week, the Verge reported, citing a source with direct knowledge of the matter. The rebranding is intended to signal the social media giant's wish to be known as a "metaverse company." In July, Mark Zuckerberg described that as "an embodied internet, where instead of just viewing content — you are in it."

Over the last year and half, many city dwellers have fled Los Angeles for the desert in search of more space and cleaner air. They've inundated places like Yucca Valley, Pioneertown, and Joshua Tree, sometimes to the chagrin of locals. “It feels like the zeitgeist of the desert,” said Tom Murtagh, a real estate agent. “It’s a tough situation — gentrification reached the desert and it’s good and bad. There’s money to fix things, but it’s a double-edged sword.” L.A. Times 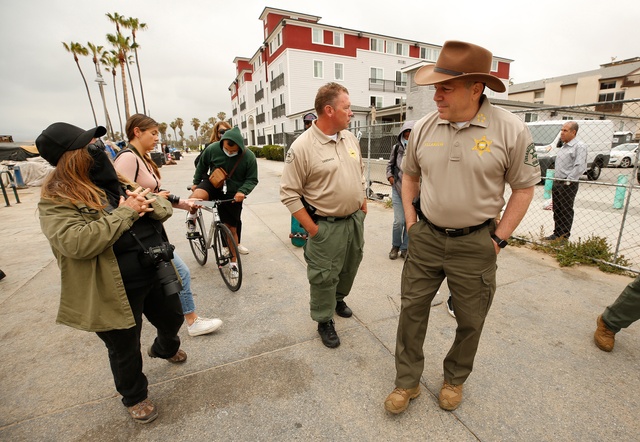 A half-century ago, immigrants started a garden on a weedy hillside in San Pedro. Over time, San Pedro Community Gardens grew to cover 6 acres, divided into 224 family plots and one communal plot tended by people from all over the world: Italy, Mexico, the Philippines, Ukraine, Ohio. A photographer shared a collection of images from a unique California oasis with deep immigrant roots. N.Y. Times 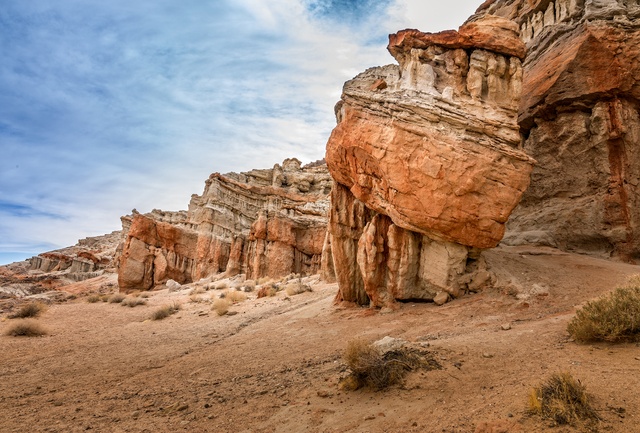 For many travelers, Red Rock Canyon State Park is a quick photo opportunity right off the higway between Los Angeles and the Eastern Sierra. But follow a dirt path around the bend and you'll find one of California's most enchanting places to pitch a tent. At Ricardo Campground, the first-come, first-served sites are tucked into the folds of the cliffs. A camper, Alice Daniel, described it as a place of profound quiet and beauty. "The Milky Way," she wrote, "looks like someone took a giant paintbrush and swiped the sky with glitter." KQED | Trail to Peak