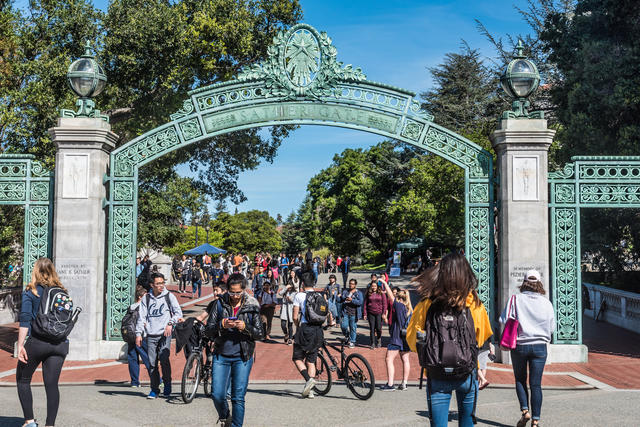 “It’s unrealistic to not consider race at all.”

"I would like to see more attention paid to socioeconomic backgrounds rather than just race.”

California is far more liberal than it was in the 1990s. Yet polls show that the passage of Proposition 16, which would reverse a quarter-century ban on affirmative action, is far from assured. This story offers a glimpse of how individual Californians are wrestling with their vote. 👉 Washington Post

Uber, Lyft, and other gig-economy players have spent roughly $200 million in the most expensive ballot race in California history — and they still may not get their way. A poll released Monday showed voters roughly divided on Proposition 22, which would exempt the companies from having to offer their drivers broad employment benefits like minimum wages and paid sick leave. If it fails, Uber has discussed retreating to just a few California jurisdictions, including the Bay Area and Los Angeles. CalMatters | Mercury News

A guide to California's 12 propositions 👉 CaPropositions.guide 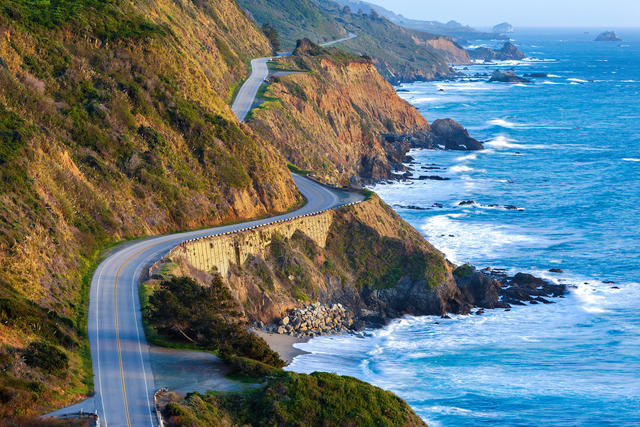 "It is the face of the Earth as the creator intended it to look."
— Henry Miller

Pictures can never do justice to the Big Sur coast. But this short video, which compiles its most stunning vistas, gets about as close as one could hope. The Hans Zimmer soundtrack sets a perfect mood. Vimeo (~4:30 mins)

Leaders of Facebook, Google, and Twitter defended their content-moderation practices at a Senate hearing Wednesday that devolved into a partisan brawl over the power of Silicon Valley. Republicans accused the platforms of censoring conservative voices. “Mr. Dorsey, who the hell elected you?” Sen. Ted Cruz asked Twitter's Jack Dorsey. Democrats accused Republicans of bullying the companies for political gain. “We have to call this hearing what it is: It’s a sham,” Sen. Brian Schatz said. N.Y. Times | Washington Post

Online, some people were more interested in Dorsey's beard. 👇 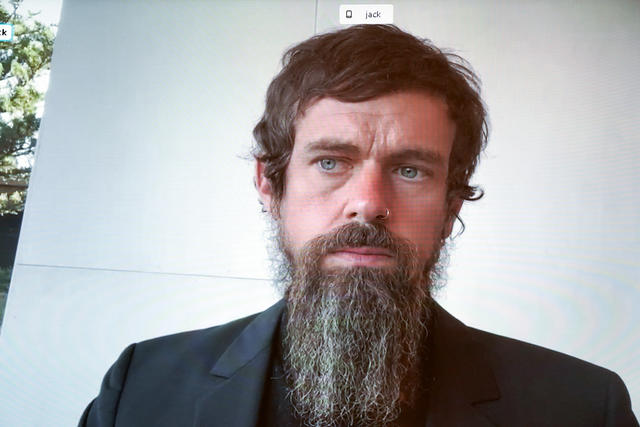 A campaign ad depicted Black men rioting on the website of the Silicon Valley chamber of commerce.

A campaign ad by the Silicon Valley chamber of commerce used an image of what appeared to be a riot in an African city to attack a progressive candidate for San Jose's City Council. A caption read: “Do you really want to sign on to this?” Deemed racist, the ad prompted a crisis within the powerful business group. Two board members quit and the CEO was placed on leave. A top executive apologized, promising an investigation. “We are horrified by this image," she said. San Jose Spotlight | San Jose Inside 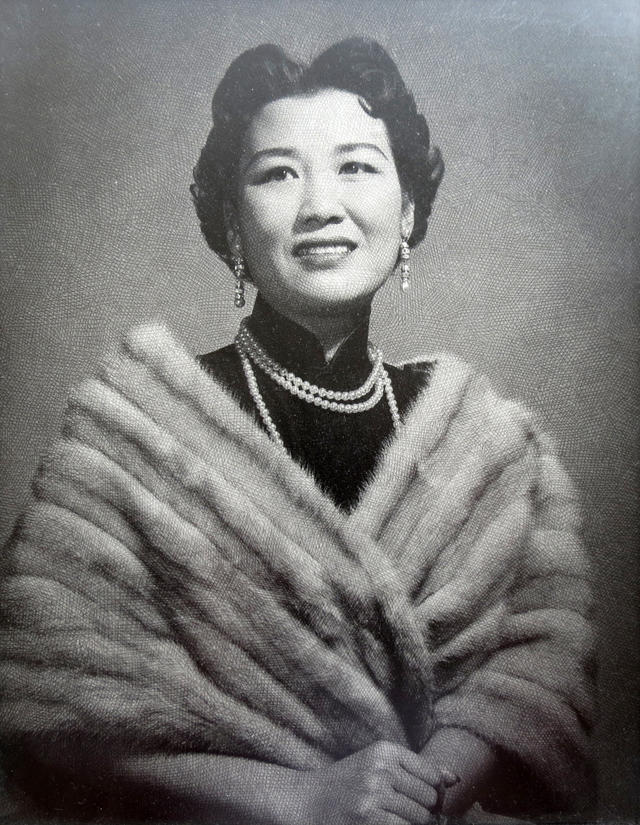 Cecilia Chiang died at 100 years old on Wednesday. The mother of Chinese food in America was a daughter of wealth in Beijing who fled on foot from the Japanese during World War II. In the 1950s, she arrived in San Francisco, where she was shocked by the blandness of the food. Her restaurant, the Mandarin, served the dishes she grew up eating, elevating Chinese cuisine from the chop suey era to the more sophisticated one of today. Yet Chiang never cooked. Her gift, she said, was "a very good palate and good memory.” S.F. Chronicle | N.Y. Times 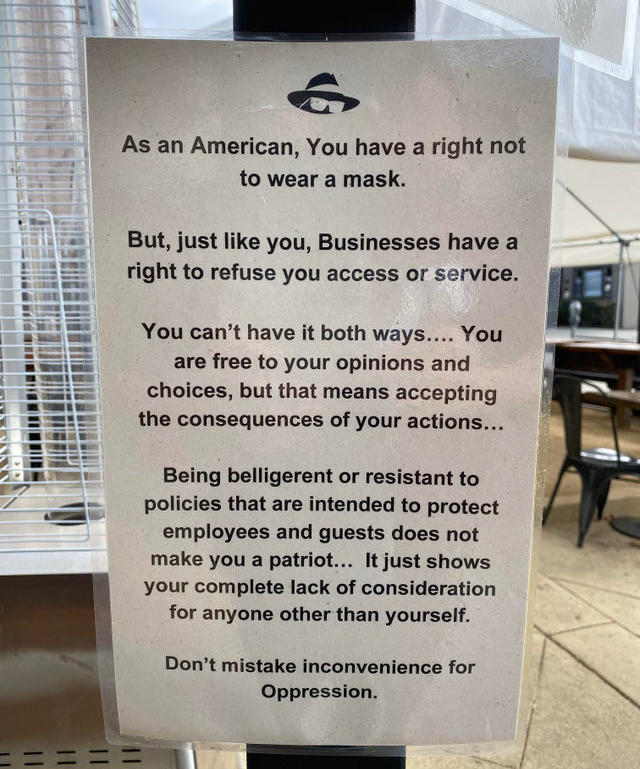 Covid is a hoax, some patrons said. Masks don't do anything, others argued. After a while, Shandel Story, manager of Oakland's Beer Baron Bar & Kitchen, had enough. He posted a sign in the window, pictured above, explaining the issue: Being belligerent, it read, "does not make you a patriot." It makes you selfish. The proclamation went viral online this week. 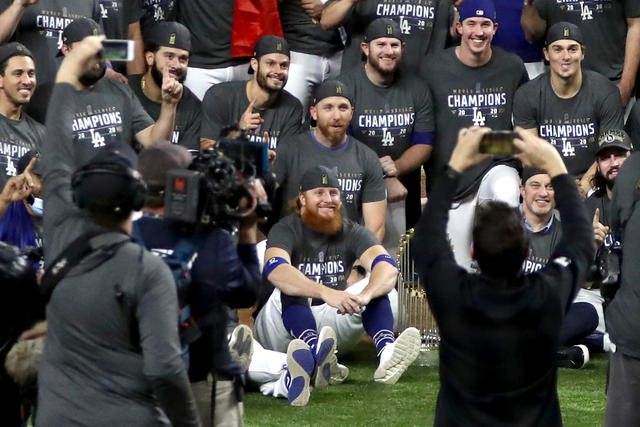 Justin Turner, sitting, posed for a photo after the World Series on Tuesday.

In a surreal postscript to the Dodgers' World Series victory, it emerged that third baseman Justin Turner had received a positive Covid-19 test result during the final game. He left after the seventh inning, but then reemerged after the win to celebrate with the team. At one point, he pulled off his mask for a team photo. The league is investigating. "While a desire to celebrate is understandable," it said in a statement, "Turner's decision to leave isolation and enter the field was wrong and put everyone he came in contact with at risk." ESPN | L.A. Times

A month after seven bodies were found at an illegal marijuana grow in the rural town of Aguanga in Riverside County, the mass killing remains shrouded in mystery. Nothing appeared to have been robbed from the property. An investigator theorized that the growers were operating in someone’s territory or eating into someone’s profits. “This was sending a message," he said. "The question is: Who did it?” L.A. Times 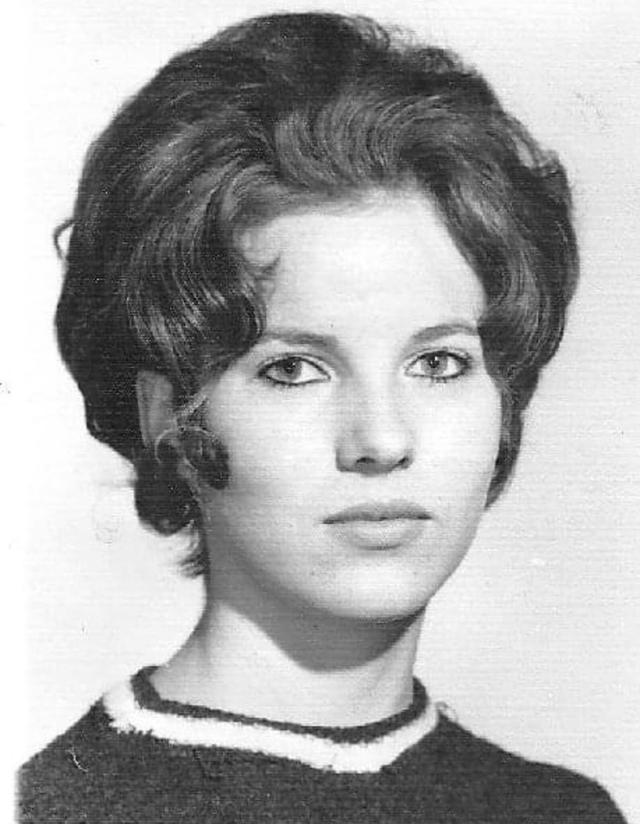 Mary Scott was 23 when she was killed.

The investigative technique of genealogy that cracked the Golden State Killer case has now solved a 51-year-old murder in San Diego, authorities said. Mary Scott, 23, was raped and killed in her apartment in 1969. The case went cold, tormenting her family for decades. Then San Diego police announced Tuesday that a 75-year-old Pennsylvania man, John Sipos, had been arrested. The news left Scott's family in shock. S.D. Union-Tribune | N.Y. Times

A nail-biter of a duel between a bobcat and a venomous rattlesnake was captured by a trail camera in Angeles National Forest earlier this month. Since being posted online, it's gotten more than 1.9 million views. I won't give away the ending. 👉 YouTube (~2:30 mins) 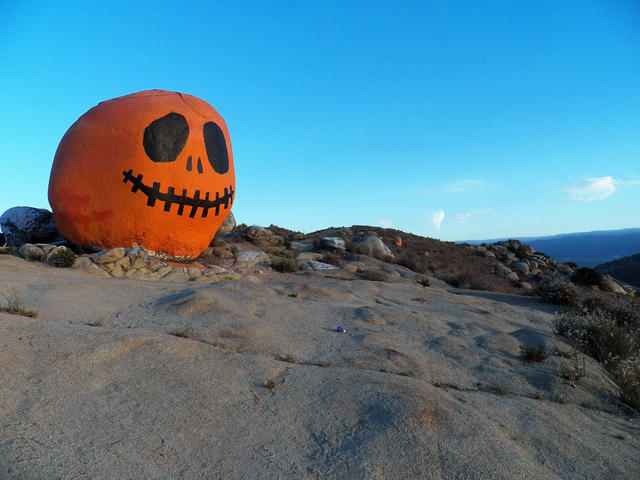 There's a giant pumpkin-looking rock atop a hill in Riverside County.

The 15-foot tall boulder was originally painted some decades ago to cover up graffiti. At various times it was a Christmas ornament and a Unocal 76 ball. Reminiscent of Jack Skellington from “The Nightmare Before Christmas,” Pumpkin Rock has become a year-round landmark for the city of Norco below — and, during Halloween season, the most popular fellow for miles around. Weird California | California Through My Lens