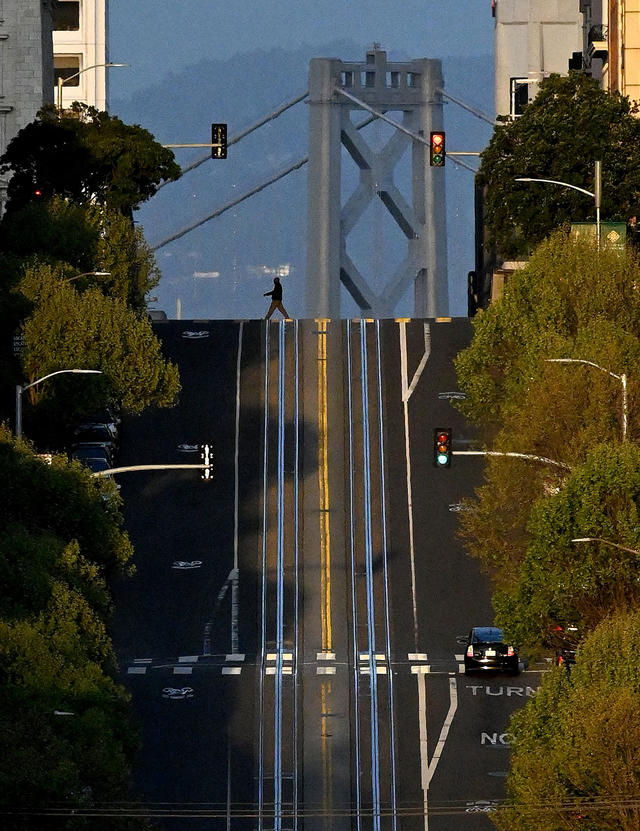 A mostly empty California Street in San Francisco on March 18.

As of Tuesday, the number of confirmed infections per capita in New York City was 15 times that of the Bay Area. Compared to Boston, the Bay Area has about a third of the cases per capita. Testing data doesn't give the full picture, but it's become clear that the disease is spreading at different speeds, and analyses suggest mandatory social distancing is working — the earlier the better. Washington Post

Gov. Gavin Newsom to states without lockdowns: "What are you waiting for?" HuffPost

"Welcome again to a Sunday civil disobedience act. We were told to stay home. 'Don't go to church. You might get sick.' I've never seen such a bunch of fear mongering in my life."

That was a Sacramento pastor speaking from the pulpit on Sunday. On Wednesday, county officials revealed that nearly one third of Sacramento County's coronavirus cases are connected to churches. YouTube | ABC10

A first case in Tehama County, a first homeless patient in Fresno, an L.A. County juvenile hall officer, and an outbreak at a Visalia nursing home. Here are the latest coronavirus totals, according to tallies by the S.F. Chronicle and N.Y. Times: 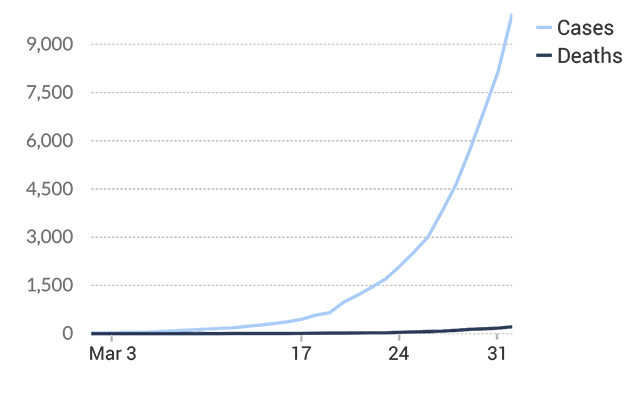 A couple weeks ago, Rep. Devin Nunes urged Californians to go out to bars and restaurants during a prime-time television appearance. Now the Central Valley Republican has weighed in on California's school closures, which he told Fox News host Laura Ingraham was "way overkill." He added: "It's possible kids could have gone back to school in two weeks, four weeks." McClatchy | N.Y. Times

The toll if social distancing is eased too soon? A Bay Area health official predicted up to 5,000 deaths a week. L.A. Times

The N.Y. Times investigated how two very different Los Angeles hospitals are facing the coronavirus pandemic. Cedars-Sinai Medical Center draws celebrities and royalty; Martin Luther King Jr. Community Hospital serves the city's most vulnerable communities. Yet both face being overwhelmed, doctors said. "It doesn't matter who you are or where you come from — this isn't a matter of wealth," one said. N.Y. Times

L.A.'s richest enclaves appear to have the densest clusters of COVID-19. Uneven testing is driving the disparity, a USC professor said. Crosstown 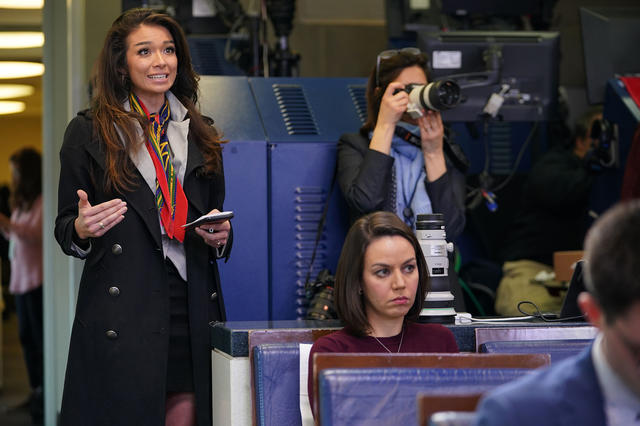 One America News correspondent Chanel Rion asked a question during a press briefing by President Trump on Wednesday.

One America News, an obscure conservative outlet in San Diego, has emerged as a safety net for President Trump during his coronavirus press briefings, teeing up his favorite talking points. On Tuesday, OAN's correspondent attended a briefing in defiance of rules designed to limit attendance. Asked to leave, she refused, saying she was "a guest" of the press secretary. L.A. Times

A train engineer was arrested, officials said, after he admitted to intentionally running a train off the end of the tracks near the Navy's hospital ship Mercy, which is docked at the Port of Los Angeles to help with the coronavirus crisis. Eduardo Moreno told FBI agents that he believed the ship had nefarious intentions, such as a government takeover, according to an affidavit. "People don't know what's going on here," Moreno told an officer. "Now they will." Daily Breeze | Justice.gov

The University of California is temporarily suspending its admission testing requirements for prospective freshmen, a dramatic step prompted by doubts over whether SAT testing could happen as scheduled in June. Critics of standardized testing hope it will amount to a trial run for making the change permanent. EdSource | S.F. Chronicle 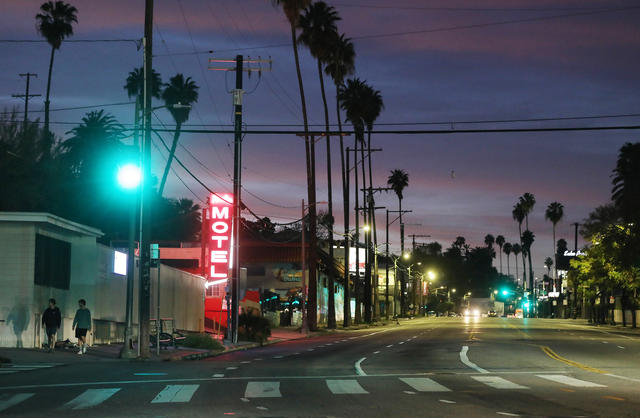 A quiet Sunset Boulevard in Los Angeles on Tuesday.

Also: Comedians. On Saturday, Patton Oswalt, Bill Burr, Dave Attell and others will perform via livestream for charity. Variety | ComedyGivesBack.com

"This year we're probably going to have one of the 10 worst snowpacks in California history."

Despite a handful of big snows in March, the Sierra snowpack is at 53 percent of normal for the start of April. That's a distressing measurement in a state that depends on snowmelt to replenish reservoirs through the spring and summer. KQED | S.F. Chronicle 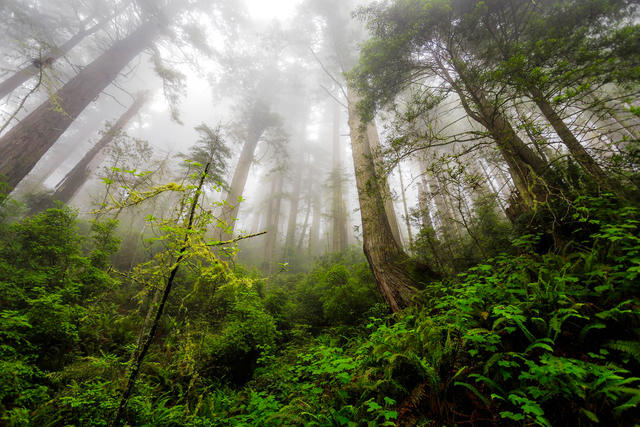 Our seclusion won't last forever. Take a moment to daydream with "Redwood," a visually stunning short film by the photographer brothers Will Pattiz and Jim Pattiz. A winner of several awards, it's essentially a highlight reel of the North Coast's most scenic locations. Vimeo (~4 mins) | More Than Just Parks