Fresno hit 112 degrees on Sunday. In Palm Springs, it was 113. But nowhere was California’s heat wave so punishing as in Death Valley, where the temperature surged to 130 degrees at 3:41 p.m., according to preliminary readings. If confirmed, meteorologists said it would rank among the three highest temperatures ever reliably measured on Earth — and may arguably be the highest. Washington Post | CBS News

The heat is just getting started. Forecasts called for blistering temperatures through the workweek, peaking Tuesday. City News Service 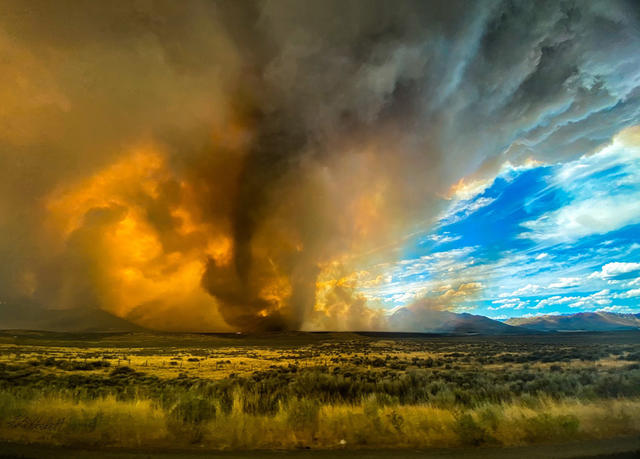 A fire tornado formed in Lassen County on Saturday.

A wildfire north of Lake Tahoe on Saturday spawned a series of fire tornadoes — twisters made of smoke and flame — prompting the National Weather Service to issue what is thought to be the first weather alert of its kind: a "fire tornado warning." The Loyalton Fire burned intensely hot, spreading to more than 30 square miles. “Amazing event. Not aware of this ever before,” wrote Neil Lareau, a fire researcher. Washington Post | Accuweather

Video of a fire tornado. 👉 Reuters/YouTube 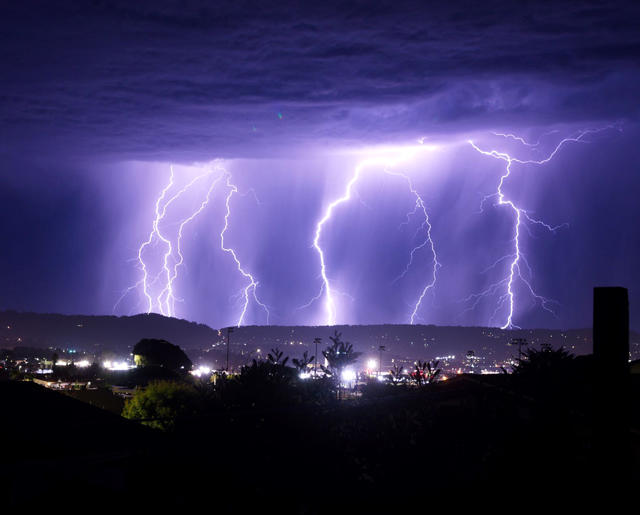 As the Bay Area sweltered, the sky crackled late Saturday and early Sunday with a once-in-a-decade lightning storm attributed to a convergence of heat, moisture, and abnormal winds. The strikes — numbering hundreds per hour — kicked up dozens of brush fires across the Bay Area and the Santa Cruz Mountains down to Monterey. SFist | KGO

Here’s an incredible time-lapse of the thunderstorms moving in. 👉 @Negative_Tilt/Twitter

Below, a few more views of the lightning show. 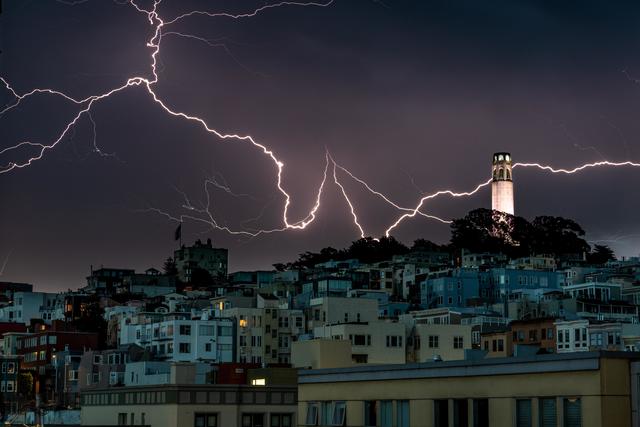 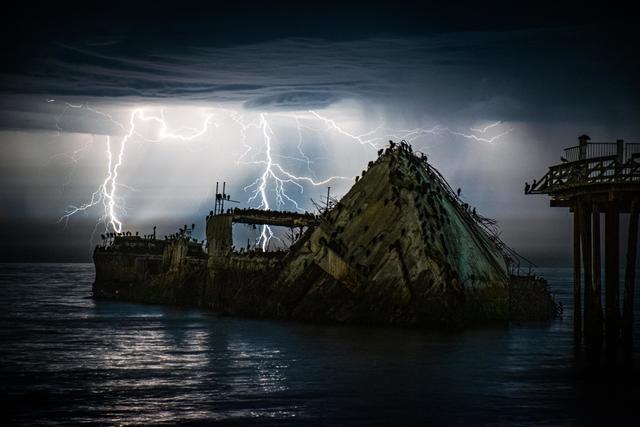 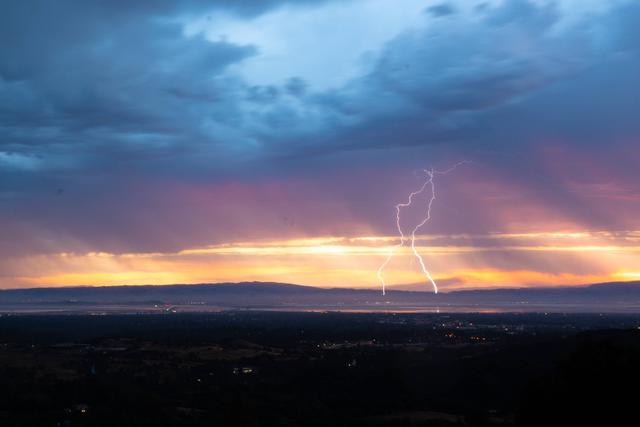 It’s a composite photo, meaning multiple images — including the bioluminescence, lightning, and Milky Way — were taken separately and later blended together. Chang said he was so excited by the event that he was unable to sleep when he got back home to San Francisco. “It was incredible!” he wrote. “I’m still amazed that I got to witness it all.” 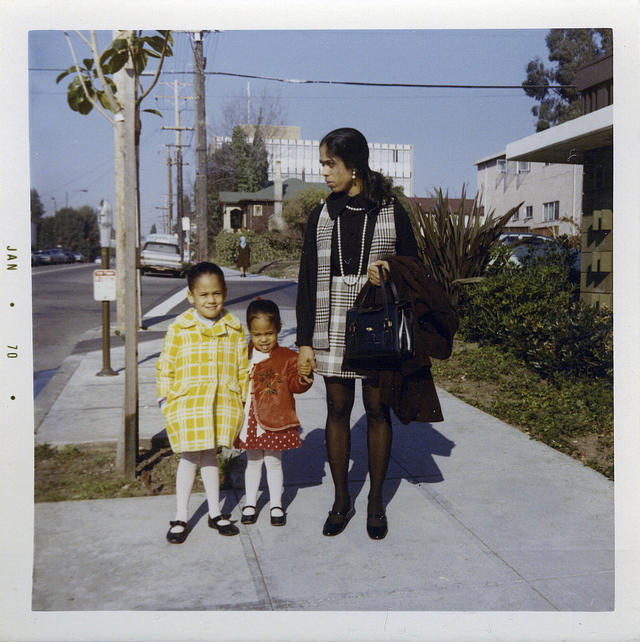 Kamala Harris, left, with her sister Maya and mother Shyamala Gopalan Harris in Berkeley in 1970.

Kamala Harris has been understated about her Indian heritage, but she's been guided by the values of her Indian-born mother, who defied stereotypes and promoted equality for women. Her uncle, who lives in New Delhi, recalled Harris's refusal to back down under pressure. “She got that from her mother," he said. "Shyamala always taught her: Don’t let anyone push you around.” N.Y. Times

Harris is the only candidate on either of the major tickets with a net positive approval rating among voters, a poll found. CNN | Politico 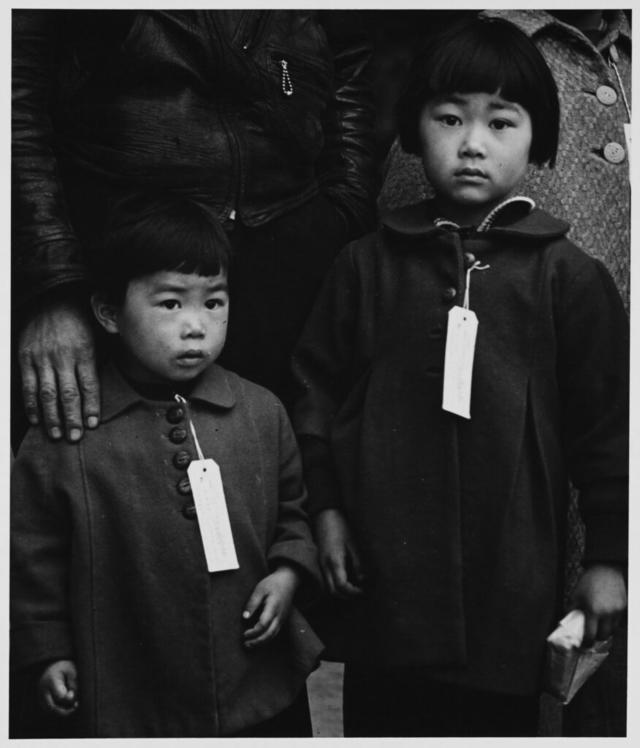 The Oakland Museum of California is home to the most complete collection of Dorothea Lange's images. Now for the first time, the museum has unveiled a remarkable digital exhibition of her work, including a number of rarely seen photographs. To view it is to be reminded of the power of the photographer's philosophy: If people could be made to see injustice, they would be inspired to do something about it. Oakland Museum of California | Smithsonian Magazine

After a judge's ruling, Uber and Lyft face a deadline this Thursday to either classify their workers as employees or suspend operations in California. As dramatic as it may seem, wrote Verge, a shutdown "seems inevitable." Going dark could serve as an warning to many voters, who will have a chance to bail out the San Francisco companies in November. The Verge | Axios 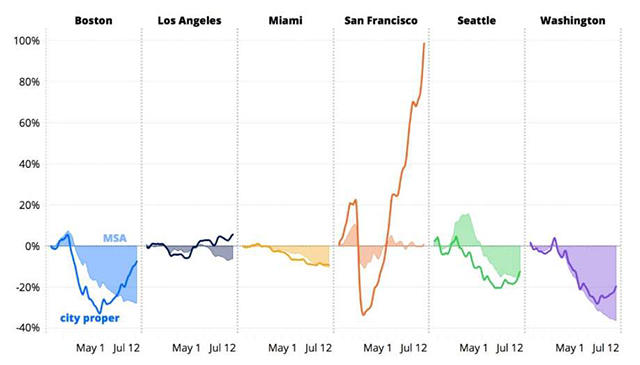 The solid lines show the year-over-year inventory change since February. The shaded regions show the change across the metro region.

The 2020 exodus from San Francisco is no joke. A new report found that homes in the city are emptying out like nowhere else in the country. Among the cited causes: Sky-high living costs, the shutdown of nightlife, and a wave of companies allowing people to work from home for the foreseeable future. SFGate.com | SFist

A federal judge ordered the immediate testing of all detainees and staff at a Bakersfield immigration detention center where Covid-19 has been spreading for weeks. The judge blamed a “deliberate indifference” among ICE officials for the failure to protect the detainees. “There’s no question that this outbreak could have been avoided,” he said. L.A. Times | A.P. 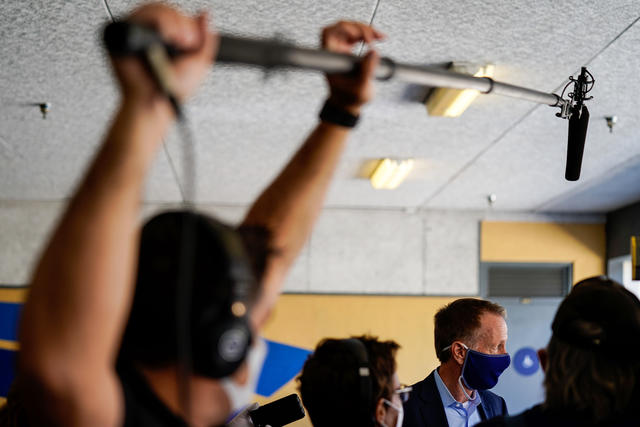 The Los Angeles Unified School District unveiled a massive Covid-19 testing initiative that will include testing nearly 500,000 students and 75,000 staff members, as well as the families of those who contract the virus. The program is not intended as an immediate prelude to reopening campuses, but the data will offer a roadmap to renewing normal operations. L.A. Times | LAist

A Facebook group that formed after a Black Lives Matter protest in the San Diego suburb of La Mesa has swelled to more than 20,000 members. Dubbed Defend East County, it is a place where QAnon conspiracies get serious discussion and videos of self-styled “patriots” assaulting protesters earn hundreds of "likes." S.D. Union-Tribune 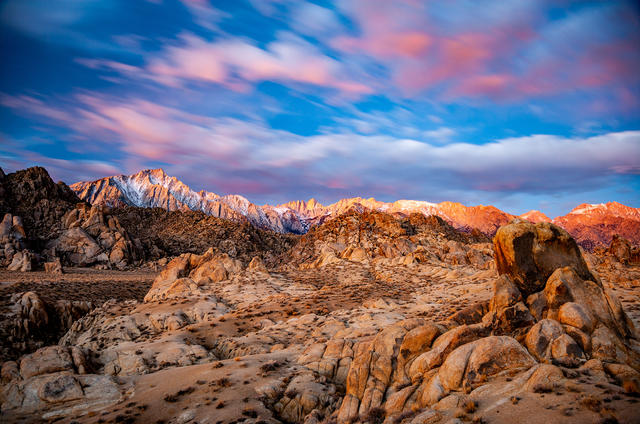 The Alabama Hills are arguably the face of the American West.

One of California's most stirring landscapes is a field of massive, jumbled boulders set against the jagged backdrop of the Eastern Sierra. So why do the Alabama Hills carry a Confederate name? Southern sympathizers named the Owens Valley range after a Confederate warship at the height of the Civil War. Debated for decades, a movement to rename it is now resonating like never before. National Geographic