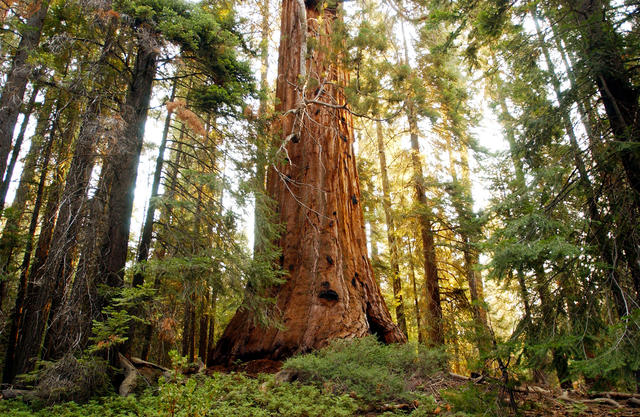 A giant sequoia dwarfs the surrounding forest in the Sierra north of Kernville.

California's giant sequoias, the largest living organisms on the planet, were thought to be immune to insects. Now, for the first time in recorded history, tiny bark beetles have been killing trees made vulnerable by drought stress and fire damage. According to a new government study, 28 giant sequoias on the western slopes of the Sierra Nevada have died since 2014. The Guardian

In a searing editorial, the Sacramento Bee said Rep. Devin Nunes had "quite possibly, betrayed our country" after text messages revealed that his staff had been linked to efforts to dig up dirt in Ukraine on Joe Biden. "Regardless of whether you lean Democratic or Republican, here's an undeniable fact: Nunes lied," the board wrote. "He lied to the American people and to his own constituents about the Ukraine allegations, dismissing them although he knew they were true." Sacramento Bee

In the two years since President Trump moved to end DACA, undocumented college students in California have had a tenacious ally in their corner: The University of California. The system has not only stepped up its effort to support students in the country illegally, it's actively fighting the government on their behalf. High Country News 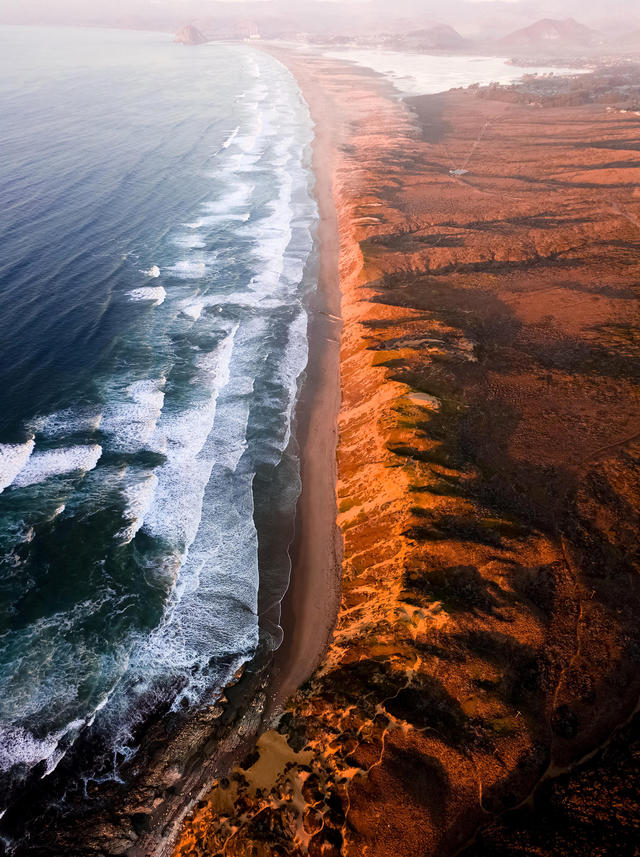 One travel writer called Montaña de Oro, pictured above, "perhaps the most beautiful spot in California that few people have heard about." A short detour off Highway 1, the "mountain of gold" encompasses seven miles of pristine coast, with both Big Sur-like cliffs and dramatic wind-swept sand dunes. Follow the beach a few miles north and you'll reach Morro Rock, the 21 million-year-old "Gibraltar of the Pacific." You can spy it in the upper left of the photo. The Independent | Parks.ca.gov 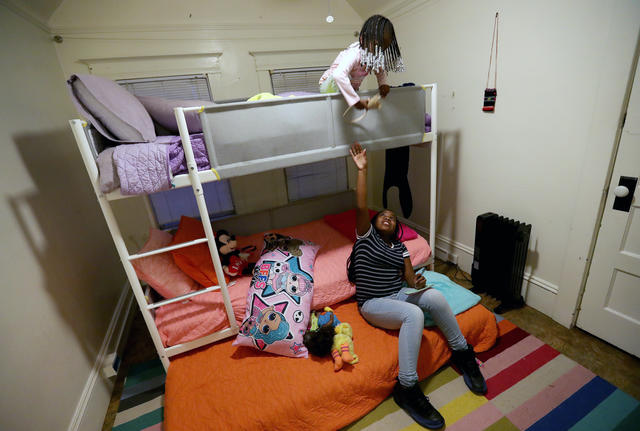 The homeless women evicted from an Oakland home that they had illegally occupied are getting a chance to reclaim the house. Wedgewood, the house-flipping company that owns the property, agreed to sell it to a local trust on behalf of the squatters. The deal was brokered by Oakland Mayor Libby Schaaf, who called it "historic." S.F. Chronicle | East Bay Times

Over the weekend, a homeless advocacy group built a tiny house community on a strip of land in Oakland — without the city's permission. It now faces bulldozing, but organizers hope the project highlights how quickly such housing can be erected. East Bay Times | KTVU

An Amazon warehouse brought 2,500 sorely needed jobs to Fresno. It also brought a harrowing workplace environment with an injury rate nearly three times the warehouse industry average. Workers interviewed by the Fresno Bee described having to work at a breakneck pace or face write-ups by supervisors. Calmatters 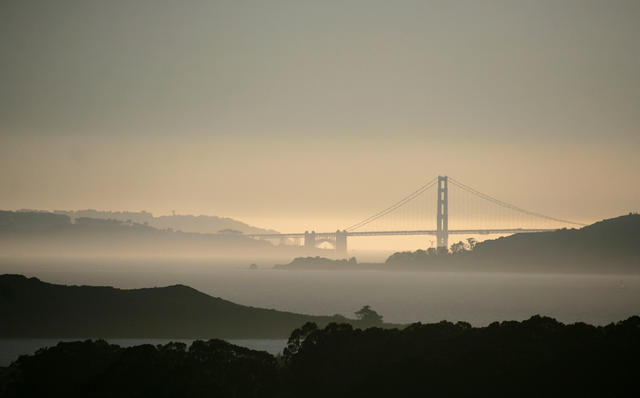 Brooks Island, seen at left, with the Golden Gate Bridge in background.

Matt Allen, a former electronics technician, has one of the Bay Area's most unusual living arrangements. He and his pit bull Honey are the sole occupants of Brooks Island, a regional preserve just offshore from Richmond. When Allen took the job of caretaker for the island nine years ago, he got a warning: Don't go crazy. A previous caretaker refused to leave at the end of his tenure and had to be airlifted away by law enforcement. Atlas Obscura 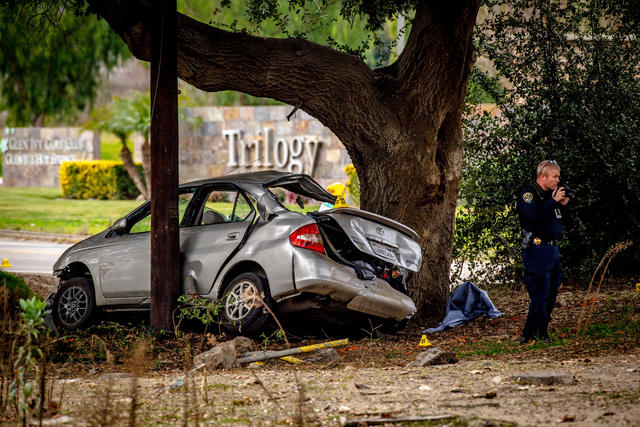 Officers investigated a crash that killed three teenagers in Temescal Valley on Monday.

A Riverside County motorist purposely rammed his vehicle into a car full of teenagers, killing three of them, police said. The car carrying the teenagers went off the road and slammed into a tree. Anurag Chandra, 42, of Corona was arrested and booked on three counts of murder. "It was an intentional act," a police official said. No motive was disclosed. Press Enterprise | A.P.

An investigation into corruption inside Orange County's jails — involving misconduct among prosecutors and law enforcement — led to retrials for dozens of defendants, including convicted murderers. Then it ended, with no criminal charges. Why? Turns out only four Sheriff's Department employees were even interviewed and the probe likely ended long before officials acknowledged. "All of them knew," said a public defender. "It's not like Sen. Harris didn't know. It's not like [Attorney General] Becerra didn't know they were perpetuating a scam." L.A. Times 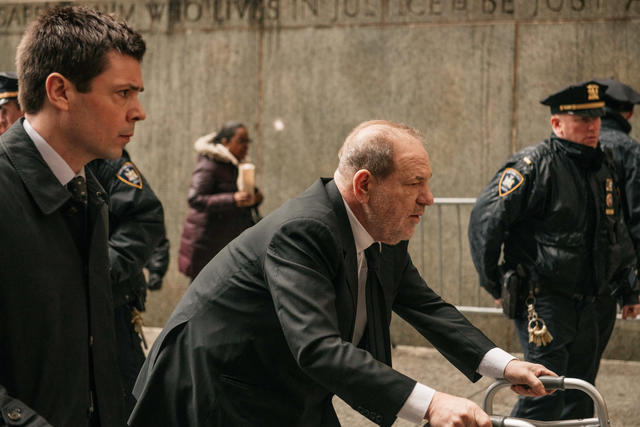 Associates have described Harvey Weinstein as hobbled and "terrified."

Harvey Weinstein has spent much of the last year and a half holed up in a Manhattan apartment, reading books, watching TV, and Googling himself. As the Hollywood producer's trial begins on charges of rape, he is "utterly isolated," friends told the N.Y. Times. "He thinks he's the victim," one said. "He doesn't blame himself for anything." N.Y. Times 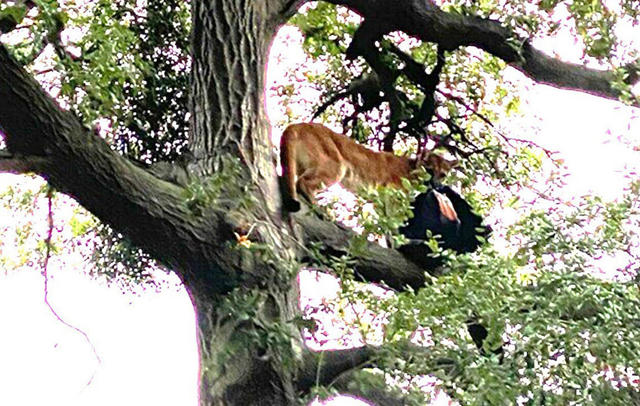 The lion retreated up a tree with a backpack at Whiting Ranch Wilderness Park.

A mountain lion grabbed a 3-year-old boy by the neck at a wilderness park in Lake Forest before being scared off when his father threw a backpack. The child suffered injuries, but nothing life-threatening. Shortly after the attack, a sheriff's deputy found the big cat, with the backpack still in its mouth, and fatally shot it. O.C. Register | L.A. Times 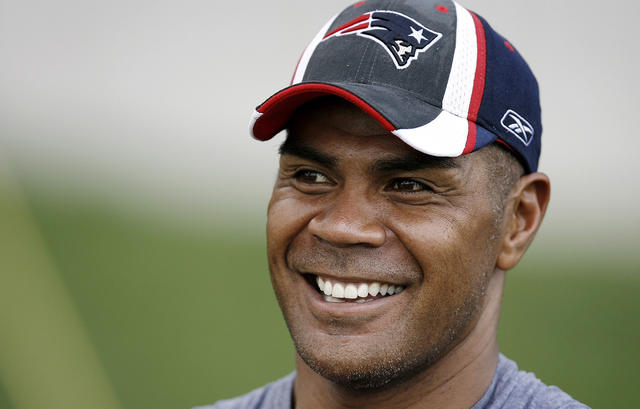 Junior Seau, football great and favorite son of San Diego, was born on this week in 1969.

The great grandson of a Samoan village chief, Seau grew up in a tough neighborhood of Oceanside. He became a multisport phenom at Oceanside High, an All-American linebacker at USC, and, drafted by his hometown Chargers, a sports legend in San Diego.

Freakishly agile for his massive size, Seau established himself as among the most formidable linebackers of his generation. He was also likable — gregarious with a big smile.

After 20 seasons in the NFL, he retired in 2009 to embark on his next chapter as a restaurant owner, philanthropist, and television personality. But his life took a troubling turn. He suffered wild mood swings and depression. He gambled compulsively and drank too much. In October 2010, Seau was arrested after his girlfriend told police he assaulted her during an argument. Hours later, he drove his SUV off a coastal bluff in Carlsbad, suffering minor injuries. 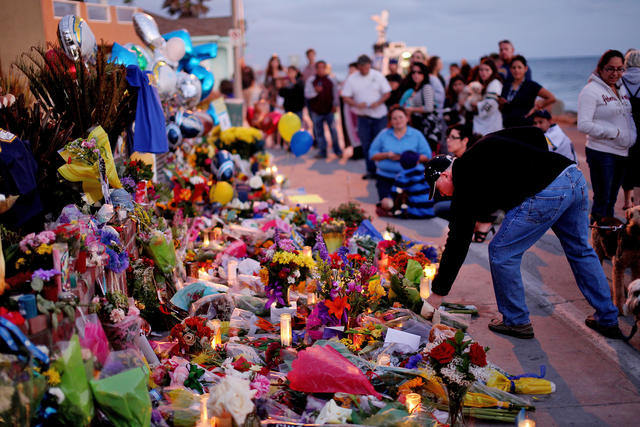 Mourners gathered outside Junior Seau’s home in Oceanside on May 3, 2012.

Then, on the morning of May 2, 2012, Seau fatally shot himself through the heart. He was 43. He left no note, aside from some scribbled lyrics from "Who I Ain't," a country song about a man who regrets the person he has become. His brain was donated for study. The results confirmed what many suspected: Abnormalities consistent with chronic traumatic encephalopathy, a disease associated with repeated blows to the head.

During his NFL years, Seau was revered for his ability to play through pain and injury. In the ESPN documentary "Seau," Taylor Twellman, a Major League Soccer player and friend of Seau's, recalled telling the football star how he was experiencing lingering dizziness and headaches after a concussion. "And I'll never forget this," Twellman said. "He looked at me and he said, 'Buddy, I've had a headache since I was 15."

Seau was elected posthumously to the Pro Football Hall of Fame, cementing his status as one of the finest players to ever step onto the field. But his larger legacy is arguably the awareness that his tragic end brought to CTE at a time when the NFL was playing down links between football and the disease.

A year after Seau’s death, the NFL agreed to a $1 billion concussion settlement in a class action lawsuit that would provide compensation to former players affected by serious neurological and cognitive issues. So far, more than 1,000 awards have been doled out. Many more are yet to be addressed.

An item in the Jan. 15 newsletter repeated some common misconceptions about the life of Carleton Watkins. Tyler Green, the author of a 2018 biography of the 19th century photographer, said accounts of Watkins's failure as a businessman are incorrect. Green also found no evidence to support the claim that Watkins once lived in a railroad car.