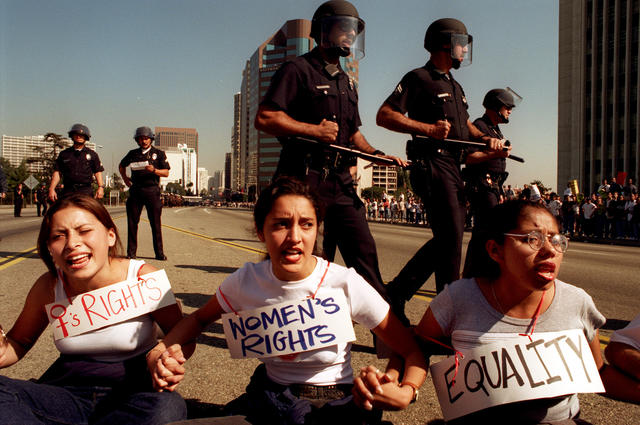 “The original sin of this country has to be addressed.”

In 1995, the University of California Board of Regents voted to curtail affirmative action, a position backed by then-Gov. Pete Wilson as well as a majority of the state's voters. On Monday, the board unanimously reversed its position. The vote was symbolic but added momentum to a campaign to overturn the state's prohibition against preferential treatment on the basis of race or sex. EdSource | A.P.

"Why are you betraying us?" Asian American lawmakers are facing pressure from constituents to uphold the affirmative action ban. LAist

California is one of just five states in the country that lacks the authority to strip police officers of their badges, even those who have been fired for serious misconduct. With the public now demanding crackdowns on problem officers, it looks like that may change. “We’re pushing ahead on significant plans to support or sponsor legislation that works to decertify police officers for serious misconduct,” California Attorney General Xavier Becerra said Monday. Mercury News | S.F. Chronicle

Gov. Gavin Newsom on Monday sought to justify California's accelerated reopening even as thousands of residents test positive for Covid-19 each day. He cited two crucial metrics: Hospitalizations, which have held roughly flat for the last two weeks, and the percentage of positive results among those who get tested. That rate has hovered between 4 and 5 percent since mid-May. Sacramento Bee | The Guardian 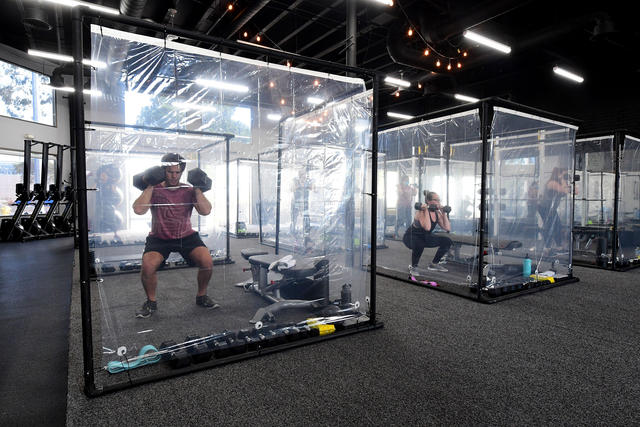 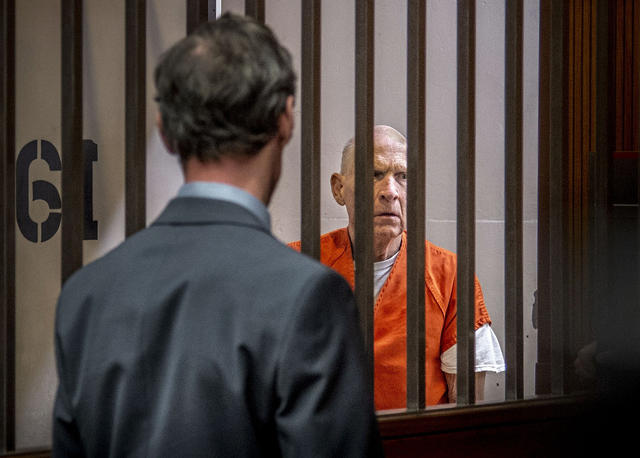 Joseph DeAngelo, behind bars in 2019, is set to admit to 13 murders and as many rapes, reports said.

Joseph DeAngelo, the suspected Golden State Killer, has agreed to plead guilty to dozens of crimes in exchange for being spared the death penalty, reports said. DeAngelo is accused of a series of heinous murders and rapes in the 1970s and ’80s. One victim's family member said he supported the deal in part because of the burden a trial would impose on witnesses who have grown old. Sacramento Bee | A.P.

A statue of the Swiss pioneer John Sutter, one of the most prominent figures of early California, was removed from outside a hospital bearing his name in Sacramento. Sutter settled an area near the confluence of the Sacramento and American Rivers in 1839 and played a role in the start of the Gold Rush. But his enslavement of Native Americans made his statue a target. A crowd of dozens cheered. KCRA | Capitol Public Radio 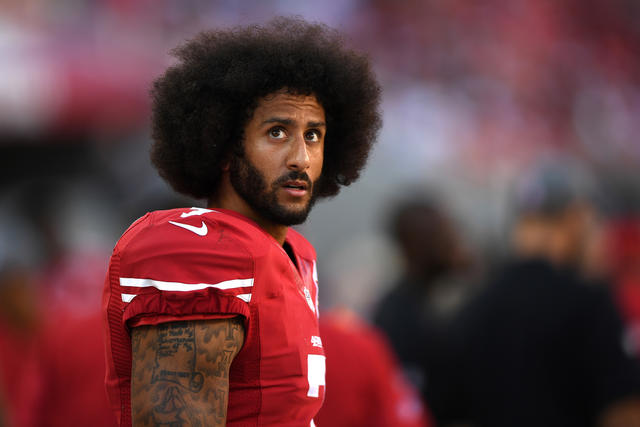 The George Floyd protests have cast a new light on Colin Kaepernick. After the 49er and Turlock native began kneeling during the National Anthem in 2016, many fans turned against him. He became a free agent at the end of that season but was shunned by team after team, which trotted out a series of excuses. Now that public attitudes have shifted, a sports writer argued, the truth is plain to see: It was never about his playing ability. Kaepernick was blackballed. The Ringer 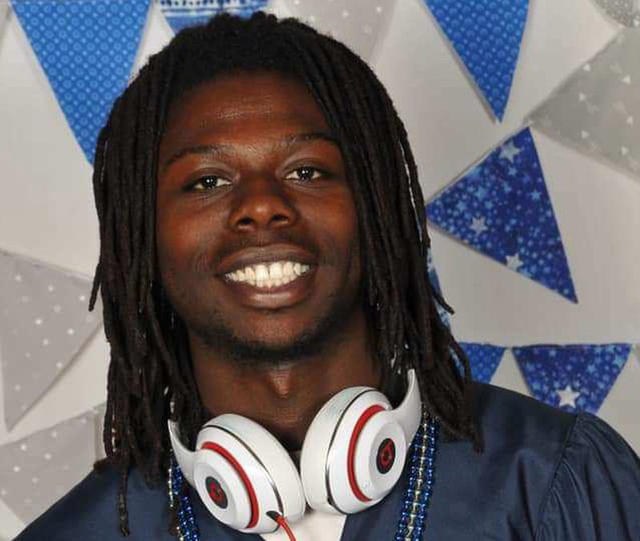 The FBI and California attorney general are stepping in to oversee the investigation into the death of Robert Fuller, a 24-year-old Black man who was found hanging from a tree in the city of Palmdale. The case was initially ruled a suicide, but his family has portrayed the death as suspicious. Two petitions demanding justice for Fuller have collected more than half a million signatures. Desert Sun | A.P.

NPR's David Folkenflik reported on unrest at the L.A. Times, where journalists used the phrase "internal uprising" to describe their anger over unfulfilled promises to improve staff diversity. One eye-popping detail: On a metro desk with nearly 90 reporters covering a majority-minority county, just one is African American. NPR 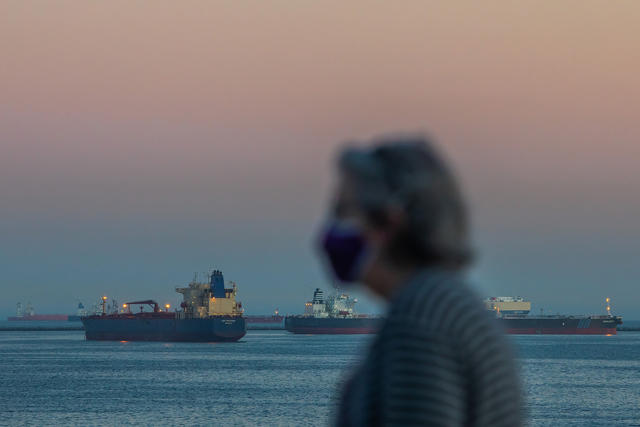 Oil tankers idle off the coast near Long Beach on April 25.

As energy demand plummeted during the pandemic, the limits of U.S. oil storage capacity were strained. With nowhere to go, a fleet of oil tankers idled near the ports of Long Beach and Los Angeles for weeks, spewing pollution that drifted onshore. Now researchers have estimated the weight of the toxic stew. Each day, the tankers released 600 metric tons of CO2, six tons of nitrogen pollutants, a quarter ton of sulfur pollutants, and 290 pounds of the particulate pollution called PM2.5. National Geographic

Fully half of the L.A. County restaurants that inspectors visited over the weekend were failing to comply with coronavirus safety rules, officials said. Protocols call for tables to be spaced six feet apart, for example. "People still had confusion, had concerns, still hadn’t quite made the changes," the county's top health official said. Eater Los Angeles | L.A. Times 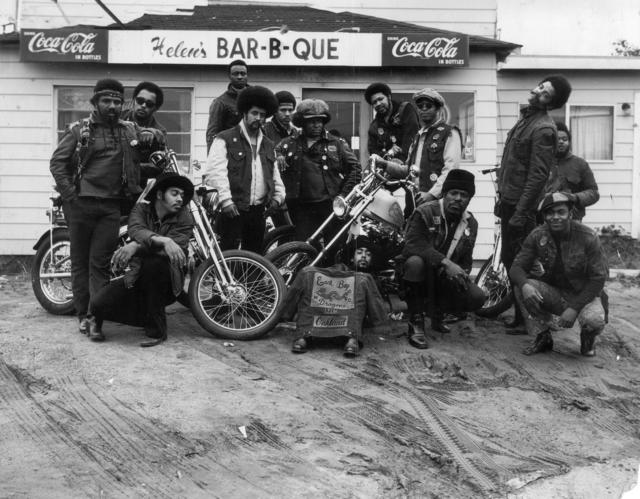 Pictured above are the East Bay Dragons, circa 1960s, one of America’s first all-black motorcycle clubs. The Oakland club was founded in 1959 by a former Louisiana sharecropper with a few rules: it would be all male, all black, and all Harleys.

At the time, just a few years after Rosa Parks refused to give up her bus seat, bike dealers refused to sell Harleys to African Americans. So they bought them used.

According to club history, early members faced real danger: “A black man riding a Harley chopper was a revolutionary act.”

In the 1960s, the Dragons were fixtures of the tumultuous era. They partied with hippies and Hells Angels and contributed ideas and support to the Black Panthers, also founded in Oakland. In later years, they held Thanksgiving turkey giveaways and charity rides for breast cancer and AIDS awareness.

The Dragons still ride today, recognized around the world as elder statesmen of the black motorcycle set.

Below, see a few archival pictures, and a bunch more over at Flickr. 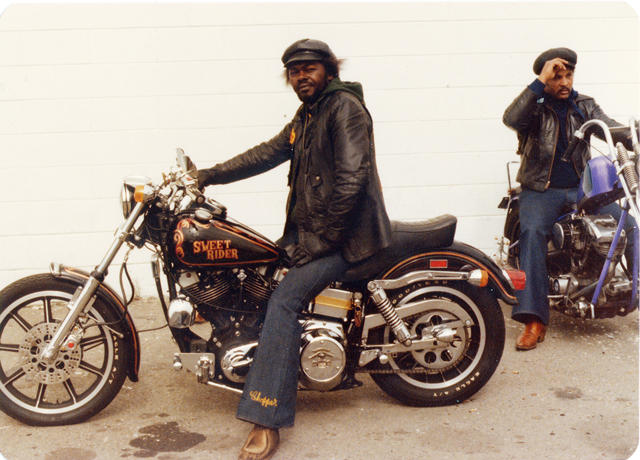 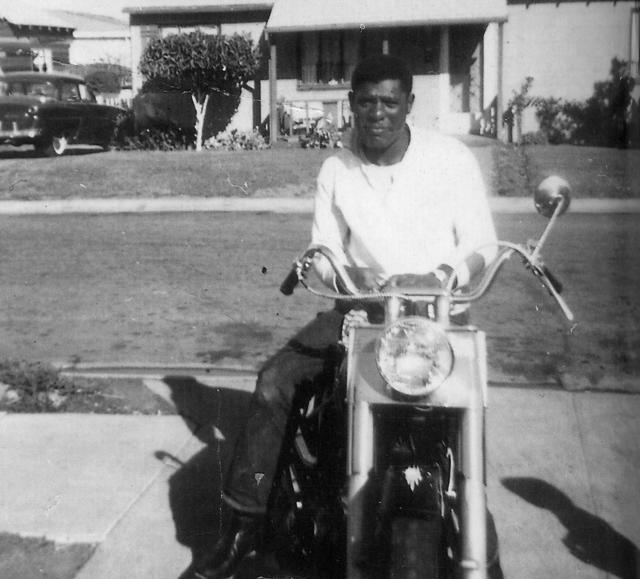 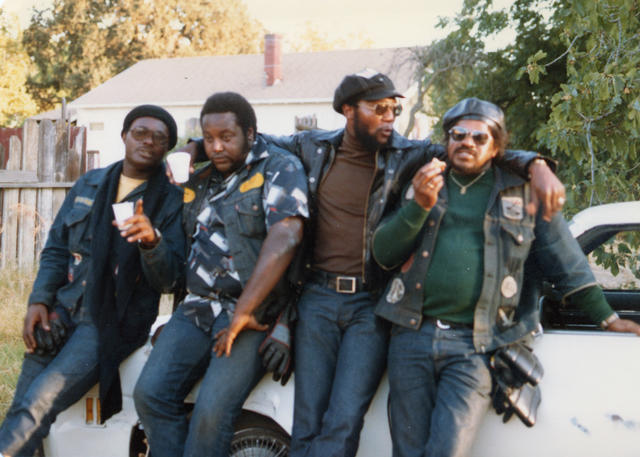 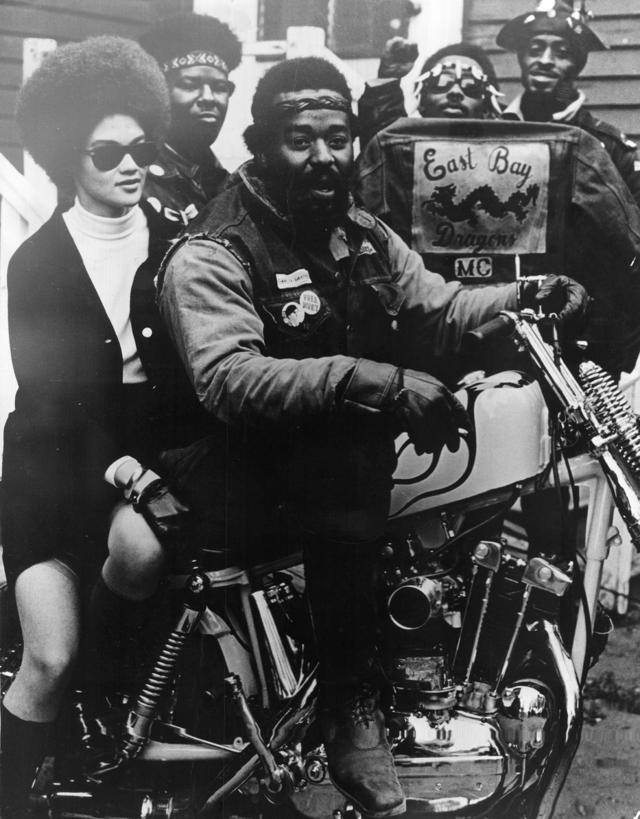