It's about to get very hot, yet again.

After inland California's hottest June in 100 years of record-keeping, meteorologists are predicting a new heat wave that will push temperatures up to 25 degrees above average starting later this week and into next week. Death Valley could hit 130 degrees on Sunday, matching the highest temperature recorded anywhere on the planet in decades. Thanks to a robust marine layer, however, coastal communities should be largely spared. Weather West | Washington Post 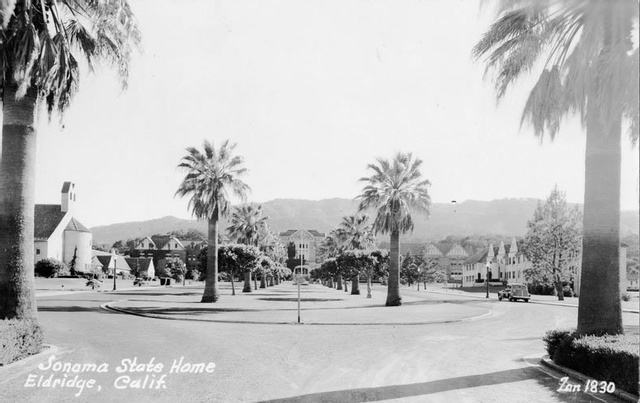 Eugenics laws were once so prominent in California that they inspired similar practices in Nazi Germany. From 1919 to 1952, state homes and hospitals sterilized roughly 20,000 people under a program intended to cure societal ills by halting the procreation of people with mental illnesses. In some cases, criminality and promiscuity were cited as justifications. It wasn't until 2003 that California formally apologized. Now the state is poised to offer reparations, giving up to $25,000 to direct victims — just a few hundred of whom are still alive. A.P. 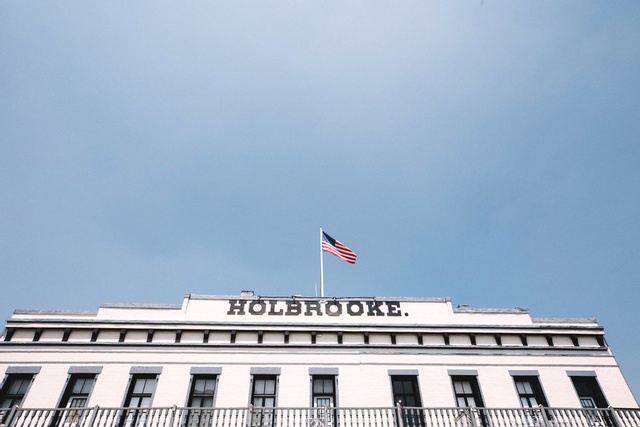 The number of Californians leaving the Bay Area has soared since the pandemic began, and the influx has been most intense in the Sierra region east of Sacramento. Rebecca Luke, who moved to El Dorado County: “In the Bay Area, I couldn’t take my son and pop him in the stroller and walk to the park or take a scenic walk. It was just very congested, always sitting in traffic. Here, I can pop him in the stroller and be at the park in five or 10 minutes. It’s a different way of living. It’s a simpler way.” L.A. Times 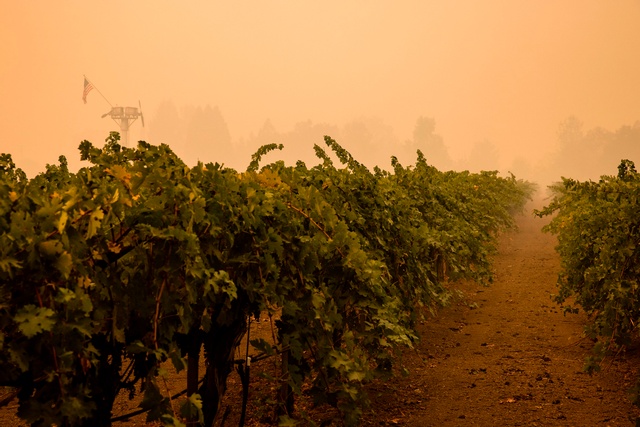 A new wolf pack has set down roots in Plumas County, becoming only the third to establish itself in California in the last century. Conservationists are ecstatic, calling the arrival a milestone in the effort to revive the state's historic population of wild wolves. Rick Roberti, a rancher, had another reaction: "It's one of our worst nightmares." The Guardian | SFGate.com 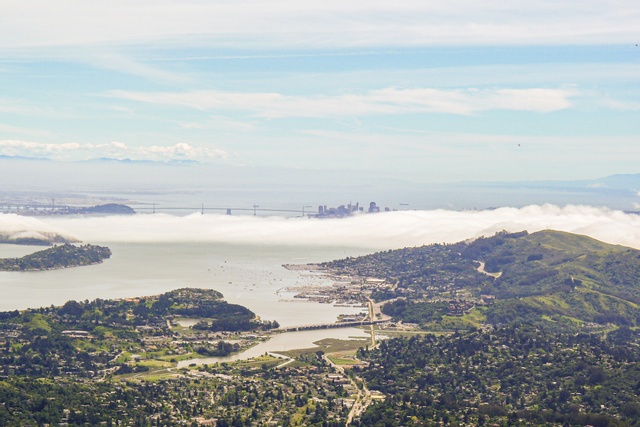 Petty crimes like pot possession are commonly settled by people showing up to court, pleading guilty, or paying a fine. But Orange County prosecutors have embarked on a novel and secretive program that requires individuals to give up their DNA as part of misdemeanor plea deals or case dismissals. They call it “spit and acquit"; critics call it Big Brother run amok. The Intercept

The New Yorker published an exhaustive account of the Britney Spears conservatorship saga. It included an anecdote from when Spears, her father Jamie, and a family friend, Jacqueline Butcher, were sitting in the pop star's home shortly after she had been released from a hospital:

"'Jamie said, "Baby,"' Butcher recalled, 'and I thought he was going to say, "We love you, but you need help." But what he said was "You’re fat. Daddy’s gonna get you on a diet and a trainer, and you’re gonna get back in shape."' Butcher felt sick. Jamie pointed at the TV and said, 'You see that TV over there? You know what it’s going to say in eight weeks? That’s gonna be you on there, and they’re gonna say, "She’s back."'"

The artist Shepard Fairey said the font was inspired by “classic art deco, hand-painted signage, and Mexican restaurant scripts.” Reviews were mixed on Twitter. Some detected Miami Vice vibes. Esther Tseng, a journalist, said she was overcome by “the urge to shop for a pair of L.A. Gear high tops.” LAist | Fast Company 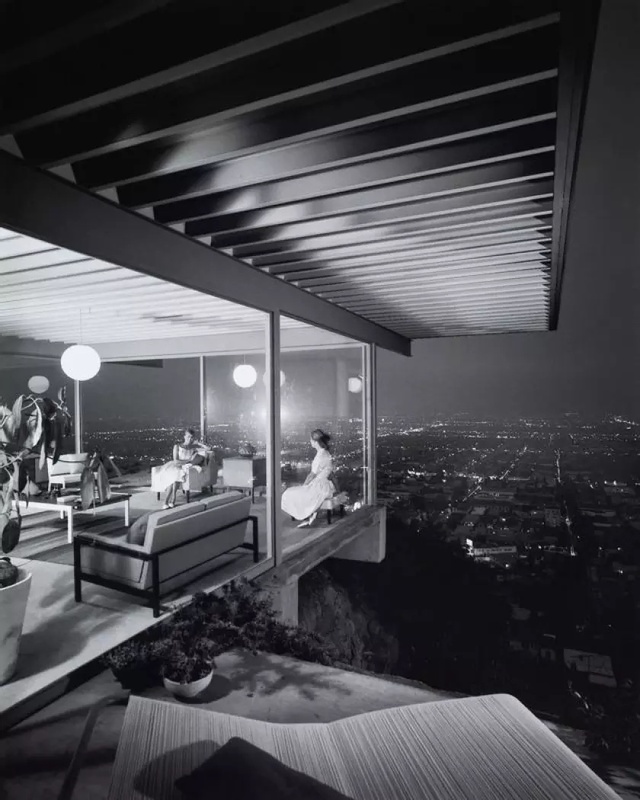 ☝️ You can wander the home in this iconic photo, and even lounge in one of the vintage chairs.

Julius Shulman's picture of the Stahl House, showing two elegant women surrounded by glass in the Hollywood Hills, became a symbol of postwar sophistication during Southern California's modernist architectural movement. People who've taken a tour of the home rave about it. The L.A. Times' Christopher Reynolds: "My suggestion is as soon as you finish exploring the place, take a seat somewhere and just gaze for as long as you possibly can. Then exhale. It’s tranquil up there." 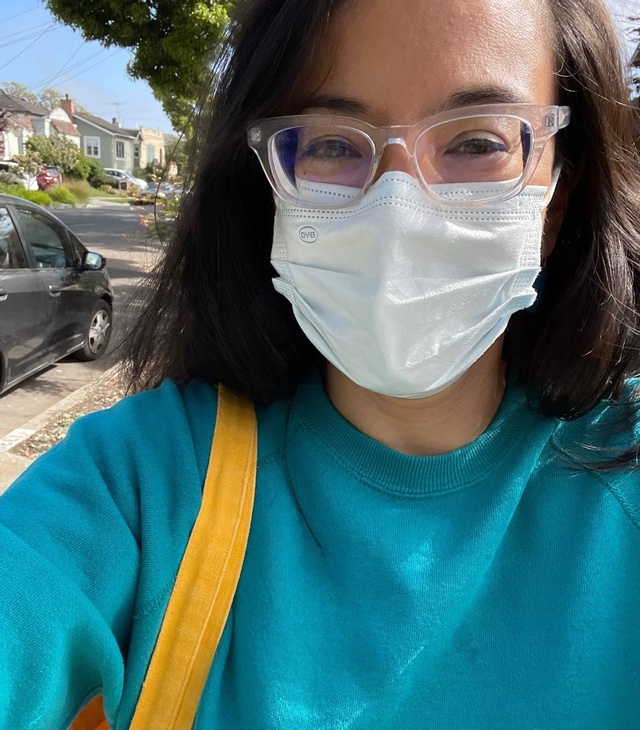 A: A farm or ranch, to see where our food comes from. CalAgTour.org is a good navigator to places that offer tours, tastings, and other activities. Kids and out of town visitors love it, too.

"How to Do Nothing" by Jenny Odell and "Minor Feelings" by Cathy Park Hong. Both books have deceptive titles. Odell's book is a call to arms to protect our mental space from social media insanity, and Park Hong's book is about the major impact of visible and invisible racism against Asian Americans. Almost every page surprised me. Through the events of the past year, I was looking for guidance on how to survive and I found some of that in both books.

Cancun Sabor Mexicano Taqueria in downtown Berkeley. They serve locally sourced, truly delicious Mexican food and they've been around forever. They donated a lot of meals during Covid and are always delicious. I need hot sauce or hot salsa with every meal.

Hiroshi Kashiwagi, 2Pac, and June Jordan. This seems like a good time for poetry. I'd just like to listen to these three legendary poets riff and bounce ideas off each other. I guess I'd start by asking, "What are you thinking about these days?"

You've studied organic and biodynamic farming in Japan; are there particular practices from that experience that you think could help the state's farmers cope with the drought, water rationing, and devastating fires that they've seen in recent years?

There are so many different types of natural farming in Japan, but they all hold a common thread: they invest in the soil, and that seems to retain water. I'll never forget grabbing some dense soil at a natural farm (that's the term they use there) and squeezing it like a sponge, while good-smelling water trickled down my fingers. But of course, they've never experienced drought like we have. We need to learn from similar bioregions like ours, like the American Southwest. There is a lot we can do if we appreciate water and listen to the land. There are no rules that we have to continue doing things as we've done for the past century — that's a tiny window of time, relatively speaking.