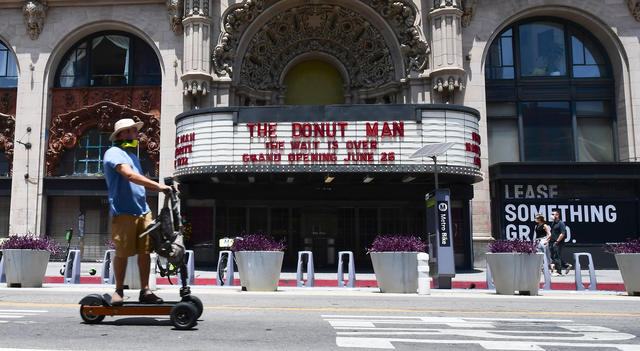 California is slamming the brakes on its reopening.

Now underway in California's whipsaw approach to living under a pandemic: The Grand Re-closing.

With coronavirus cases climbing ahead of a holiday weekend, Gov. Gavin Newsom said he would unveil new measures today to "tighten things up" in public life. "The framework for us is this: If you’re not going to stay home and you’re not going to wear masks in public, we have to enforce, and we will.” S.F. Chronicle | A.P. | Sacramento Bee

UCSF coronavirus expert: "Until recently, our state managed to do so well that our experience has been dubbed The California Miracle. But let’s say it clearly: The Miracle is over."

"To drive around Los Angeles and its satellite sprawl of smaller cities is to see dozens of reasons why the pandemic is gaining ground. Beyond the beaches, factories, restaurants, shops and gyms are back in business. Before Newsom’s abrupt order this weekend, Angelenos had been packing into reopened bars, some of which checked temperatures at the door but made no attempt to police patrons inside." Bloomberg 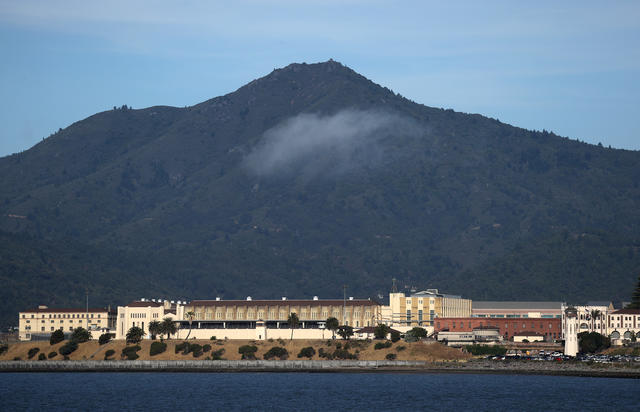 Doctors have warned that the San Quentin outbreak could spill into the entire Bay Area.

On May 30, there were no known coronavirus cases at San Quentin prison. That day a busload of inmates was transferred to San Quentin from the California Institution for Men in Chino, where nearly 700 inmates had been infected, as part of a plan to reduce overcrowding. Within days San Quentin was facing an outbreak. More than 1,000 inmates have since been infected. N.Y. Times

A report found that the pain of unemployment has been uneven across California. In the Bay Area, the jobless rate has hovered below the state's 16.3% average. In Los Angeles County, where unemployment was at 4.5% in February, the rate is now 20.6%, the highest of all the state’s large counties. S.F. Chronicle 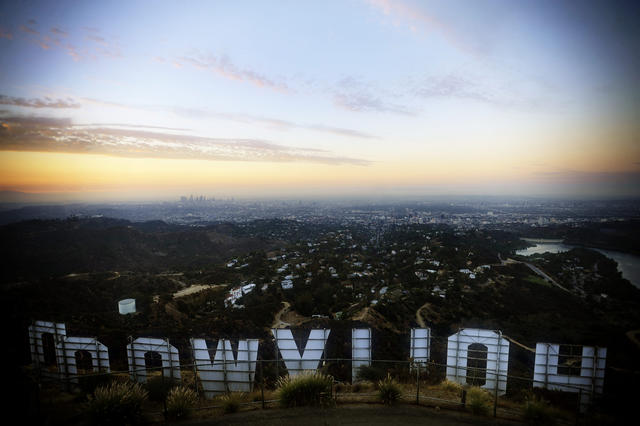 "Candy Ibarra had six jobs at the beginning of 2020. Now she has none."

Creative freelancers have been among the hardest hit by the coronavirus-driven recession. Some freelancers in Los Angeles now say they are thinking of leaving entirely, raising questions about the future of a city powered in part by creative workers — performers, production crews, ride-share drivers, and personal trainers — who pay the bills with multiple gigs. Wall Street Journal 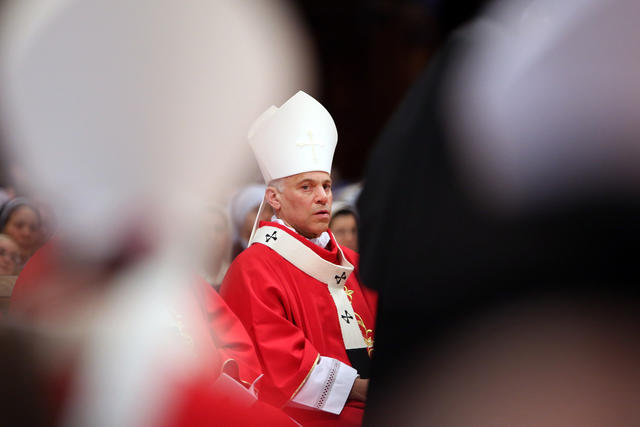 The archbishop of San Francisco, Salvatore Cordileone, held an exorcism rite with a group of worshippers at the site where protesters tore down a statue of Junipero Serra in Golden Gate Park. “An act of sacrilege occurred here," he said. "That is an act of the evil one. Evil has made itself present here.” CBS SF | National Catholic Register

Netflix said it would shift 2% of its cash, or roughly $100 million, to financial institutions that focus on black communities. The move makes the Los Gatos company the largest yet to pledge cash to historically underfunded financial institutions. The news sent shares of black-owned banks soaring. Bloomberg | CNN

Advertiser spending accounts for more than 98% of Facebook's annual $70.7 billion in revenue. Last Tuesday, Mark Zuckerberg vowed not to back down in the face of an advertiser revolt over the platform's handling of hate speech. Now more than 300 companies have joined the boycott. If Facebook doesn't adapt, one ad executive said, “they’re starting down a long slippery slope to being irrelevant.” N.Y. Times

Kara Swisher to Zuckerberg: "You get zero claps for doing a tiny right thing after doing the wrong thing for far too long." 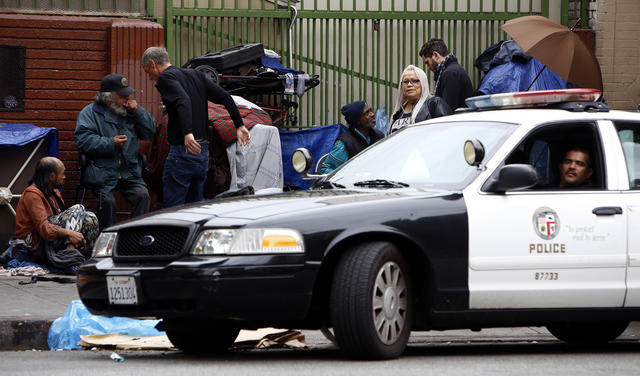 The Los Angeles City Council on Tuesday unanimously passed a measure to create an unarmed model of crisis response that will replace police officers with social workers for nonviolent emergency calls. "This is the dawn of a new era of public safety in Los Angeles," councilmember Herb Wesson said. CNN | CBSLA

Members of the Kumeyaay tribe blocked work on the U.S.-Mexico border wall by standing in the way of a construction site on Monday, saying planned detonations would disturb ancestral burial grounds. Tribal members said they would continue to resist the blasting. “It would be just about as disrespectful as us going into Arlington cemetery and setting off explosions,” one said. S.D. Union-Tribune

The way we were 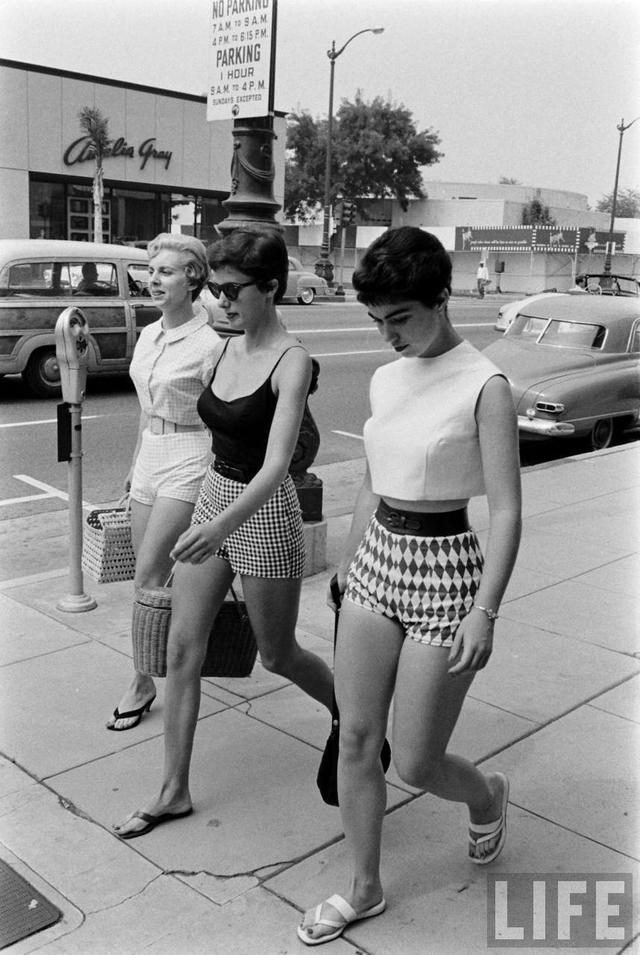 In the 1950s, LIFE magazine dispatched the photographer Allan Grant into the wilds of Beverly Hills to document a strange new fashion: short shorts. In a 1956 article, LIFE noted pushback in some American quarters toward a growing trend of informality. But generally speaking, it reported, “short shorts can be worn almost anywhere with impunity." Below, see a few images from Grant's photo shoot, and more at Google Arts & Culture. 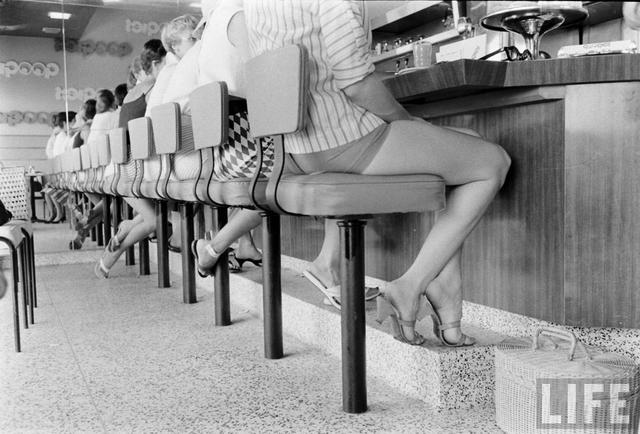 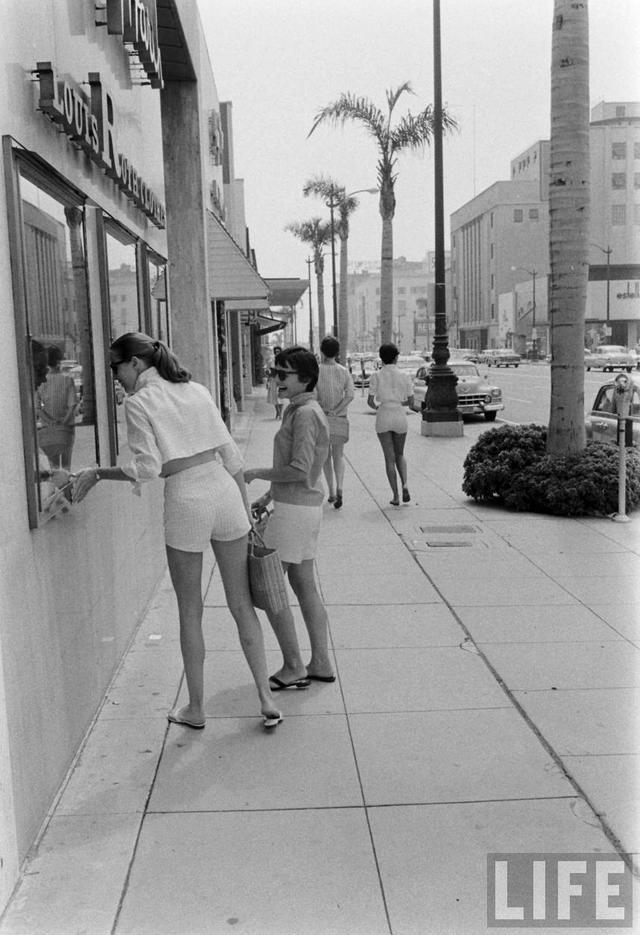 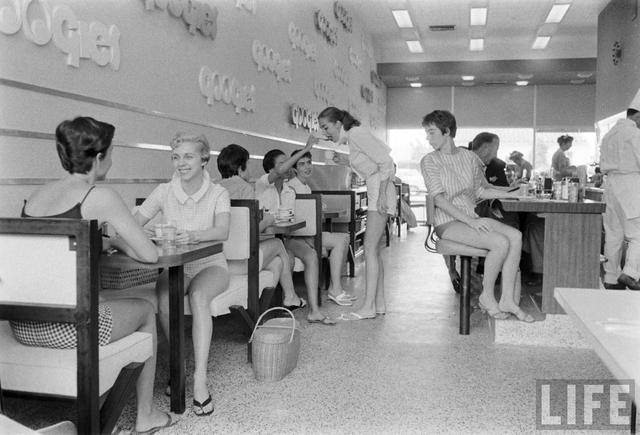 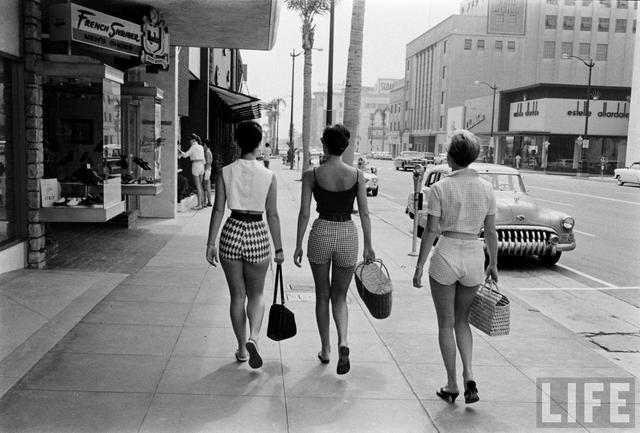