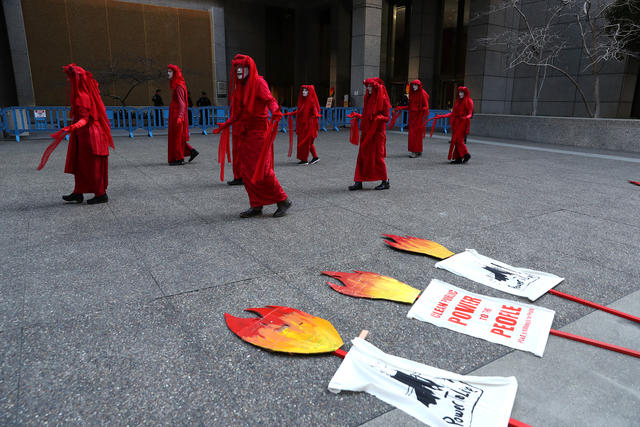 PG&E got some good news and some bad news on Tuesday.

In September 2018, California became the first state to require that public companies have at least one female director. They had until the end of 2019. After a scramble to find hundreds of female directors, more than 90 percent of companies are now in compliance. For the rest — 46 companies in all — the clock is ticking. The penalty for missing the deadline: a $100,000 fine. CALmatters | N.Y. Times

Freelance writers and photographers filed a legal challenge to California's new gig economy law, saying it would put independent journalists out of business. The American Society of Journalists and Authors and the National Press Photographers Association criticized a provision requiring media outlets to hire freelancers who produce more than 35 submissions a year, calling it "irrational and arbitrary." A.P. | L.A. Times 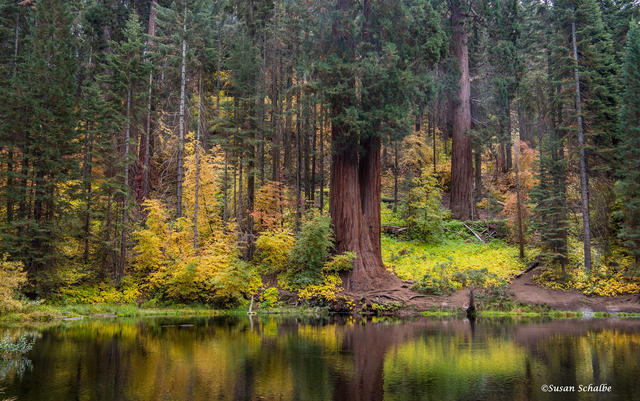 Many of California's giant sequoias can be found in the large federal reserves of Sequoia & Kings Canyon National Parks. But tucked nearby is a little known county park with trees that rival its better known neighbors. Tulare County's Balch Park, above, is a gorgeous sanctuary of trout-filled ponds, mixed oak and conifer forests, and giant sequoias that soar as high as 250 feet. Tulare County Treasures 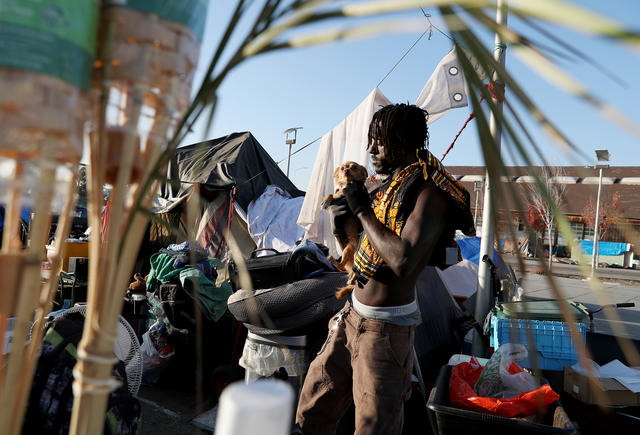 Leroy Styles and his dog Peanut Butter hung out in a homeless encampment in Oakland on Nov. 21.

The U.N. has compared California's proliferating homeless camps to the slums of Pakistan and Brazil. A N.Y. Times reporter and photographer spent three months documenting life in one of Oakland's biggest camps. Many residents ended up at the camp after natural disasters, others after personal disasters. "Homeless people are treated worse than stray animals," a woman said. "When someone finds a stray animal, they take it home and feed it. When someone sees a homeless person, they call the police. Where is the compassion?" N.Y. Times

Oakland created an impact fee on new developments in 2016 to fund affordable housing. Three years later, not a single unit has been built. S.F. Chronicle | SFist 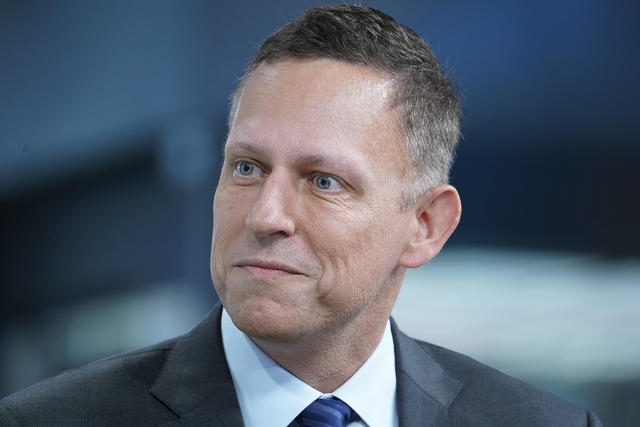 Peter Thiel was an early investor in Facebook and forged an alliance with Mark Zuckerberg.

Facebook's board has been divided over a controversial policy allowing politicians to lie in ads on the social network. One board member who has played a significant part in convincing Mark Zuckerberg to stand by the decision: The libertarian billionaire Peter Thiel. In October, Thiel, Zuckerberg, and President Trump had dinner at the White House. Wall Street Journal | Mashable

Google fired another engineer who was engaged in employee organizing. Kathryn Spiers created an internal browser popup that offered a reminder to Google employees. It read, "Googlers have the right to participate in protected concerted activities." The company accused Spiers of "a serious violation" and escorted her out of the building. NBC News | Mercury News 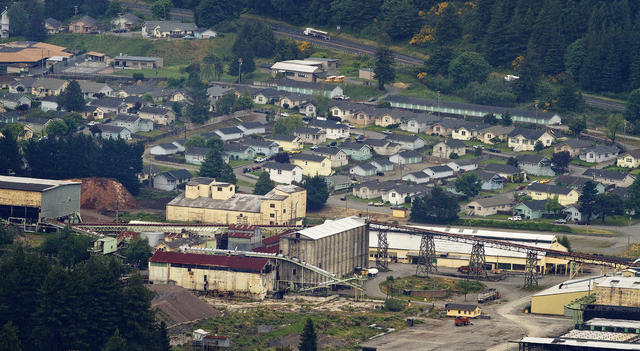 The turbines would have been positioned in the hills near Scotia, a historic lumber town.

For months, Humboldt County has been locked in a fierce debate over a proposal to build 47 wind turbines that could deliver more than half of the county's power supply. The problem: The site, on a pair of ridges near the tiny town of Scotia, includes an ancestral prayer site of the Wiyot Tribe.

In an emotional debate Tuesday, supervisors wrestled with tribal objections and the need to lessen dependence on fossil fuels. "This is an existential crisis that we're in," one supervisor said, "culturally, environmentally, on a local and global perspective. I really wish I wasn't here today." In the end, they killed the project. Lost Coast Outpost | Times-Standard 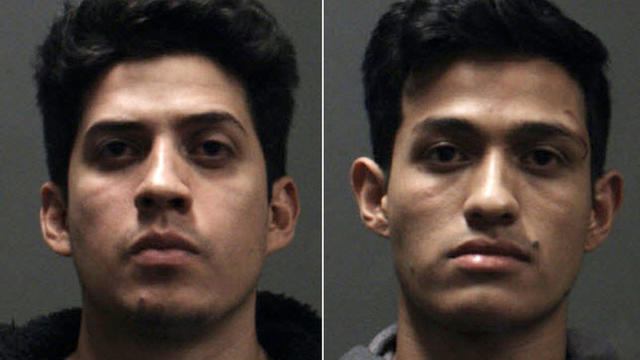 Two brothers crashed a wedding reception in a backyard in Chino and beat the groom to death, authorities said. The assailants, who lived nearby, had been asked to leave the party, a relative of the victim said. Then they returned with baseball bats. The groom, 30-year-old Joe Melgoza, is survived by his new bride and an 11-year-old daughter. The suspects were in custody. L.A. Times | NBC Los Angeles

San Diego approved a set of reforms that will allow houses of worship to build affordable housing on their parking lots. The push for the change was led by a group calling itself YIGBY, for "Yes in God's Backyard." Mayor Kevin Faulconer said the change was a no-brainer. "We have people in need and people who want to help," he said. KPBS

A school district in suburban Ventura County has begun teaching elementary school students about gender diversity. That has upset some parents, and relieved others. The mother of a transgender 7-year-old said it shouldn't be the child's job to teach his classmates. "Adults should be giving them the words for this," she said. L.A. Times 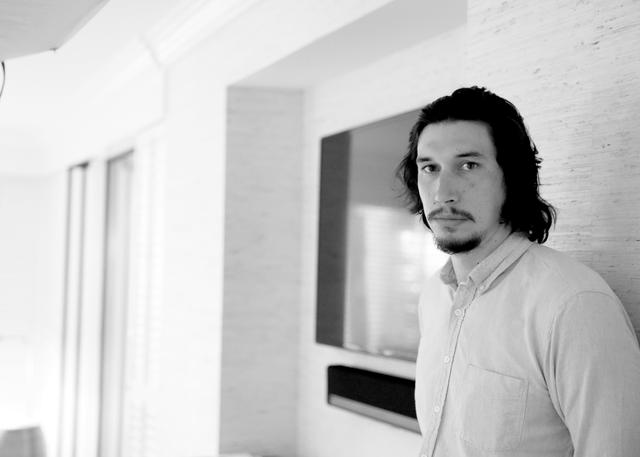 Adam Driver stars in two of the biggest movies this December, "Star Wars: The Rise of Skywalker" and "Marriage Story."

Adam Driver, the celebrated actor and San Diego native, walked out of an interview on "Fresh Air" after the host, Terry Gross, played a clip of him singing in the new film "Marriage Story." Many actors avoid listening to themselves, but Driver's aversion has been called a phobia. "We don't really understand why he left," "Fresh Air's" executive producer said. "We were looking forward to the interview." Daily Beast | NBC News

The Instagram feed of the drone photographer who captured the scene, Domenic Biagini, is a treasure trove of California whale photography, including this incredible clip of a humpback breaching completely out of the water.