The U.S. 9th Circuit Court of Appeals on Tuesday restored California's ban on high-capacity magazines, a decision expected to lead to the reinstatement of the state's ban on assault weapons. By a 7-4 vote, the majority held that the magazine ban was a reasonable measure to thwart mass shootings and did not significantly interfere with the right of self-defense. A gun rights group said it would ask the U.S. Supreme Court to overturn the ruling. N.Y. Times | Politico 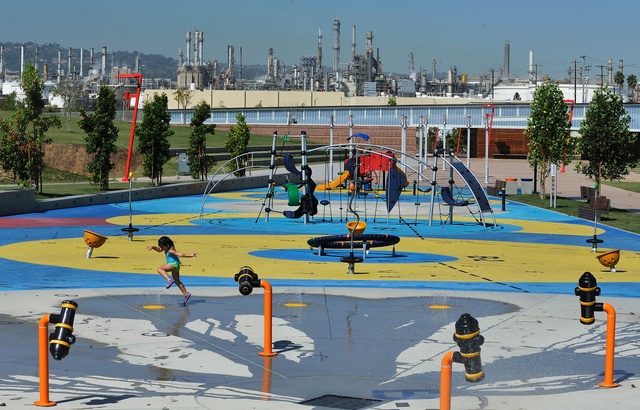 The rising sea isn't only a threat to cliffside homes. According to a new statewide mapping project, more than 400 toxic sites are at risk of flooding by the end of the century, potentially exposing thousands of nearby residents to dangerous chemicals. The communities are overwhelmingly working class — places like Wilmington, South Oxnard, West Oakland, and Richmond. L.A. Times

A judge will begin hearing evidence today in a case that could undo California's pioneering law requiring women on boards of publicly traded companies. A conservative legal group has argued that the law violates the equal protection clause of the California Constitution. When Gov. Jerry Brown signed it in 2018, he acknowledged that it might not survive legal scrutiny. Even so, the law has had a big impact: In three years, the share of women on California boards has risen from 17% to more than 30%. A.P. 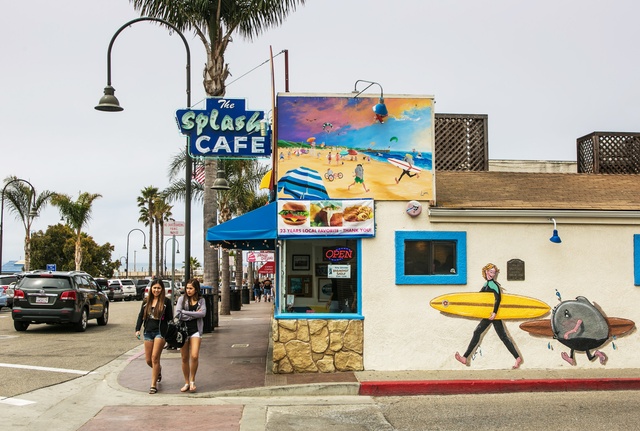 Splash Cafe is a favorite for clam chowder. Pismo's restaurants import their clams from other places.

Pismo Beach was once the clam capital of the world. The mollusks remained abundant into the 1980s, before all but disappearing. At recent festivals, "clam digs" staged for children used plastic shells buried by organizers. But now there are signs of a clam comeback. In July, a survey found 35,000 clams in just three days.“You can’t even walk on Pismo Beach right now without stepping on clams,” said Marissa Bills, a researcher. L.A. Times

Mayor London Breed was captured on video clubbing without a mask in San Francisco again. The clip, shared widely over the weekend on social media, reignited charges of hypocrisy against the mayor, who has now twice flouted rules imposed by the city on residents and businesses. Asked for comment, Breed said she was at a table with drinks in a "private area." The video showed her dancing on a crowded dance floor. S.F. Chronicle | SFist 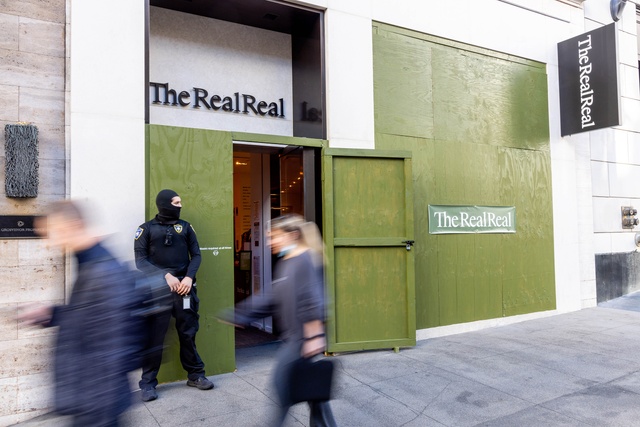 A security guard stood watch outside The Real Real store in San Francisco on Tuesday.

In December, San Francisco's downtown is traditionally festooned with holiday lights and decorations. But this year, shoppers are being greeted with dozens of boarded-up storefronts and a bolstered police presence after a wave of robberies shook the retail community. “It’s sad," a shopper said on Tuesday. "We’re living in this city that’s very beautiful, but we have to deal with robbing. You feel insecure.” S.F. Chronicle

"I am so angry at our leaders." A Twitter thread with 28 photos of boarded-up shops went viral on Monday. @michelletandler

In Fresno County, more people die from methamphetamine overdoses than any other drug. There are more meth fatalities than those from suicides or homicides; more than from fire, falls, and drowning combined. CNN rode along with a Fresno County sheriff's deputy during a graveyard shift. A man who was stopped for expired registration tags explained how he began using meth at age 13. He's 28 now, with two young sons — yet he can't stop. "It just took control," he said.

Airbnb has more than a dozen homes listed in China's Xinjiang region on land owned by a paramilitary organization accused of complicity in genocide. Some of the listings are located near mass internment facilities for Uyghurs. The San Francisco company has pushed aggressively in the Chinese market and became a top sponsor of the 2022 Winter Olympics in Beijing. In 2019, it came under criticism for allowing hosts in China to ban Uyghur and Tibetan guests. Axios 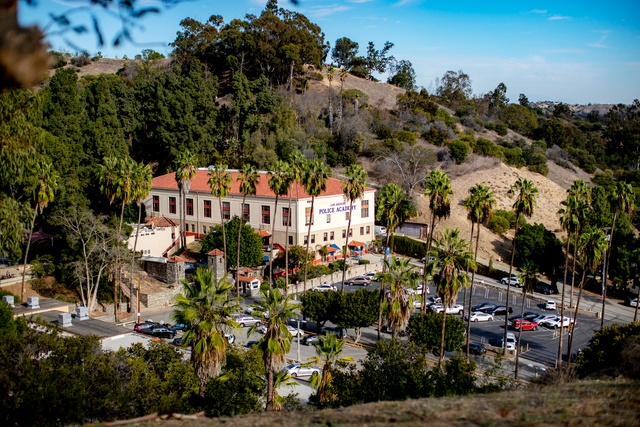 The Los Angeles Police Academy in Elysian Park on Nov. 22.

“How much do you think my price will be?”

In February 2020, the authorities were alerted to a worker's theft of dozens of firearms from the gun store at the Los Angeles Police Academy. In an ensuing investigation, they discovered a more troubling web of criminal activity: The clientele for the gun-stealing scheme included cops, several of whom remain on the job. Top commanders, meanwhile, were accused of trying to impede the investigation. L.A. Times

The Washington Post came to Santa Clarita to see how people in the battleground congressional district are reacting to inflation, which is on its highest trajectory in decades. In about two dozen interviews, some residents welcomed President Biden's $1.2 trillion infrastructure law. But many grumbled about rising prices, blaming Democrats. Richard Parker, a 63-year-old power plant worker, said he was so startled by the price of bread he called his wife from the grocery store: "Everywhere you go it’s more expensive.”

Reporters analyzed the death certificates for 4,046 San Diegans who died from Covid-19 during the first year of the pandemic. They found that just 17% of victims had a bachelor’s degree or higher, though that group represents roughly 40% of the general population over the age of 25. People without a high school diploma made up 31% of deaths, nearly triple their share of the general population. Voice of San Diego 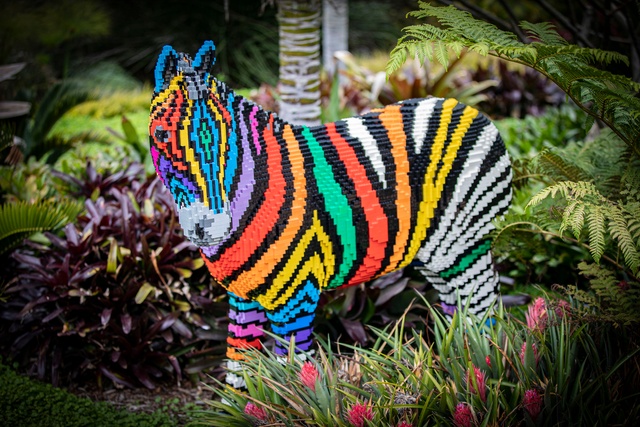 A rainbow zebra at Legoland on May 29.

At Legoland in Carlsbad, there are more than 30,000 models created from more than 60 million Lego bricks. They include the Golden Gate Bridge, a 28-foot-tall Freedom Tower, and full-scale Lego people. Builders rely on a blend of math and creativity to mold their works out of 17,000 possible shapes of brick across 62 colors. WIRED did a video piece on PJ Catalano, who holds many kids' dream job: Master Model Builder at Legoland. YouTube (~11 mins)