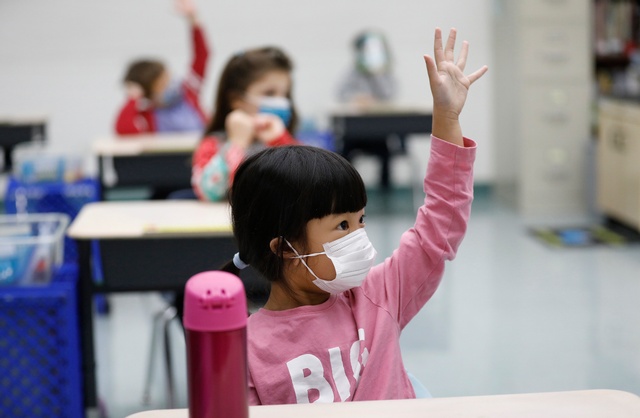 The governor is targeting early schooling in a broad education spending package.

Gov. Gavin Newsom announced a plan to expand transitional kindergarten, currently available to about a third of 4-year-olds, to all students by the 2024 school year. The proposal is part of a multibillion-dollar education package that would also set up a college savings account for every low-income child entering public schools and expand summer and after-school programs. “We are looking to transform — not go back to where we were — but transform our education system,” Newsom said. EdSource | L.A. Times

Championed by former Gov. Jerry Brown, California's exclusively online community college, named Calbright, opened in 2019. Taxpayers provided an initial investment of $100 million for what seemed like a worthwhile mission: to retrain workers forced from their jobs by automation. Now the early results are in: Of 904 students, 384 dropped out, and just 12 graduated in the first year. Calbright executives, meanwhile, are getting paid better than those at any other community college in the state. A lawmaker said it was time to shut the experiment down. EdSource | S.F. Chronicle 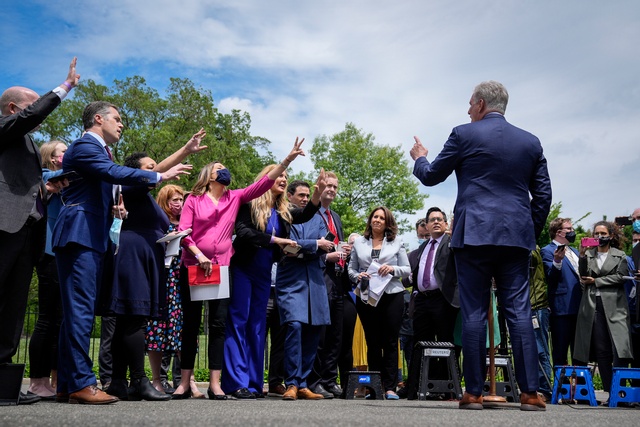 Rep. Kevin McCarthy had a whirlwind day in Washington on Wednesday. First, he oversaw the ouster of Rep. Liz Cheney from the House Republican leadership for her peristent repudiation of former President Trump's election falsehoods. Then the Bakersfield Republican sat with President Biden in the Oval Office for the first time, a meeting McCarthy had complained was too long delayed. Asked later by reporters how he could credibly plead for bipartisanship with Biden, McCarthy answered, "I don’t think anybody is questioning the legitimacy of the presidential election” — a statement contradicted by the remarks of numerous G.O.P. House lawmakers. Washington Post | N.Y. Times

McCarthy's treatment of Cheney angered some House Republicans. One said McCarthy should be "worried." Politico

Before the 2020 election, then-Sen. Kamala Harris accused the Trump administration of violating federal law when it cited the pandemic to effectively seal the Mexican border. Now, after being sworn in as vice president, Harris supports the Biden administration's decision to keep the border closed under the very same provision, people familiar with her thinking told Politico. Critics are calling the policy "inhumane."

"California is one of the best places to mountain bike, not just in North America, but in the world."

KC Deane, a professional mountain biker, created a short film that showcases California's most epic mountain biking trails. In it, he rips through Dumont Dunes, the Alabama Hills, and Montaña de Oro. It's enough to make you want to take up the hobby. Visit California 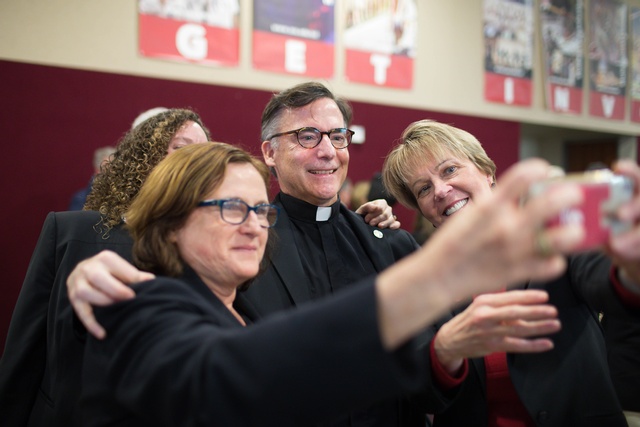 Rev. Kevin O'Brien posed for a photo after being introduced as Santa Clara University's president in 2019.

The president of Santa Clara University, Rev. Kevin O’Brien, resigned after after an investigation found that he engaged in inappropriate behavior, campus officials said on Wednesday. The university, California's oldest institution of higher learning, gave a cryptic account of his missteps, saying only that they involved conversations with Jesuit grad students. O’Brien, 54, was seen as a rising star, having delivered the homily at a Mass for the inauguration of President Biden. Mercury News | KRON

Under a highway overpass in West Oakland is a collection of structures built from foraged materials. There's a hot shower, a kitchen, paths lined with flowers, and an outdoor pizza oven. The so-called “Cob on Wood” center was created by local advocacy groups to foster a sense of community and dignity for residents of nearby homeless encampments. “It is working,” said Dmitri Schusterman, who helped bring the idea to life. “This is the vision we had and it is working like a miracle.” The Guardian

On Monday, tech reporters hailed Apple's hiring of Antonio Garcia Martinez, a former Facebook product manager and the author of the 2016 Silicon Valley tell-all "Chaos Monkeys." Two days later, the Verge reported that a staff revolt had erupted over views expressed in Martinez's book, among them that women in Silicon Valley are “soft and weak, cosseted and naive.” By the end of the day, Apple confirmed that Martinez was out. Bloomberg | Reuters

In 1958, the Chronicle described a neighborhood in the middle of San Francisco as "a spectacular bit of nothing," a place where cows grazed and steep slopes kept developers at bay. It was there, in what became known as Diamond Heights, that the architect Joseph Eichler was invited to build 100 tract homes. Eichler's iconic midcentury modern designs helped to define suburban Los Angeles and San Francisco. Intended as starter homes, they now set off bidding wars among the tech rich. Curbed has a look back at how a rare Eichler outpost emerged in the middle of San Francisco. 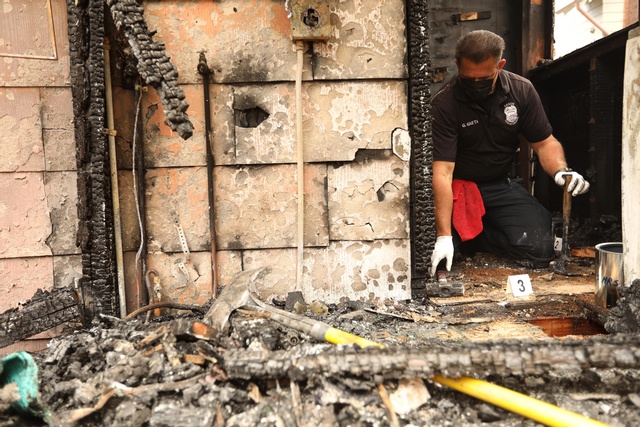 An arson investigator probed the site of a Venice fire that residents think was started by homeless people.

In the last three years, fires linked to Los Angeles' sprawling homeless community have nearly tripled. In the first quarter of 2021, they occurred at a rate of 24 a day, making up more than half of all fires responded to by the Los Angeles Fire Department. Many burned tents. But others, wrote the L.A. Times, have led to deaths, costly destruction, and a general sense of dread among residents that is "impossible to quantify."

Ellen DeGeneres said she would end her daytime talk show in 2022 after nearly 20 years on the air. DeGeneres, who built her brand on the motto “Be Kind,” faced a drumbeat of claims over the last year that she nurtured a hostile work environment. In a new interview with Hollywood Reporter, she said she got into comedy to spread happiness. "So, it destroyed me, honestly," she said of the allegations. "I’d be lying if I said it didn’t.” Hollywood Reporter | N.Y. Times 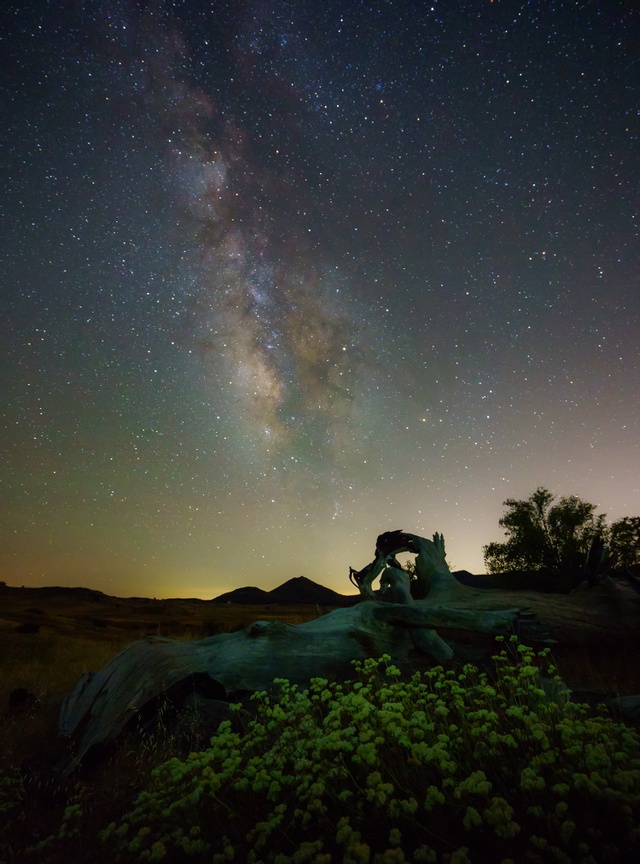 A starry sky over Lake Cuyamaca, near Julian.

Julian became the second California city to be certified as a dark-sky community. The other is Borrego Springs. Julian, a mountain town 30 miles east of San Diego, spent years taking measures that would reduce the glow of lighting around town, mitigating so-called light pollution that erases our view of the cosmos. Visitors to Julian from the coast are sometimes known to peer skyward and ask, "What is that?" That is the Milky Way. S.D. Union-Tribune