Health officials said Wednesday that vaccinated Californians will be allowed to shed their masks in almost all settings starting next Tuesday, when the state fully reopens. The guidance brings the state into alignment with CDC guidelines. Yet a baffling wrinkle remains: California workplaces will be required to enforce strict masking rules for at least a few more weeks as regulators continue to wrangle with their regulations. S.F. Chronicle | A.P. 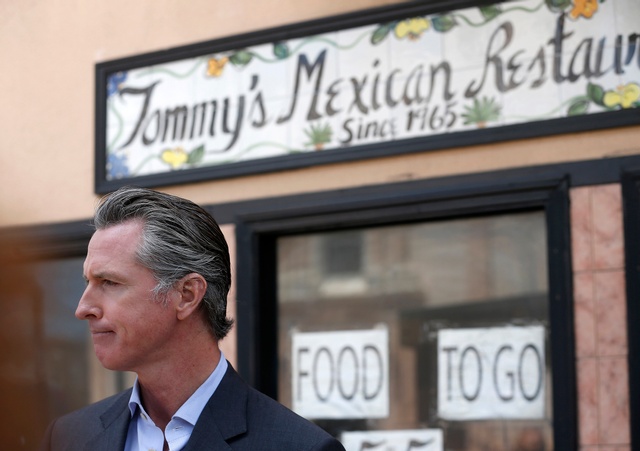 As of Tuesday in California, the average number of daily deaths from the coronavirus is about two. Yet Gov. Gavin Newsom has said he plans to keep his emergency powers beyond the state's June 15 reopening. "This disease has not been extinguished," he explained last Friday. "It’s not vanished.” That prompted some opinions:

O.C. Register: "The governor has moved the goalposts again, this time clear off the field and out of the stadium."

L.A. Times: "This has no doubt contributed to some of the frustration that drove more than 1.5 million Californians to sign the Newsom recall petition."

Wall Street Journal: "Judges should also seize the next opportunity to clarify that the governor’s emergency authority cannot last forever."

Those three words, said by Vice President Kamala Harris to migrants during a recent visit to Guatemala, have triggered blowback from critics on the left who called them "disappointing” and “tone-deaf.” The California Latino Legislative Caucus reminded Harris that seeking asylum is legal. “In keeping with past precedent we should not discourage asylum seekers from seeking a better life," the leaders said. "They are doing what they need to do to survive." Politico | L.A. Times 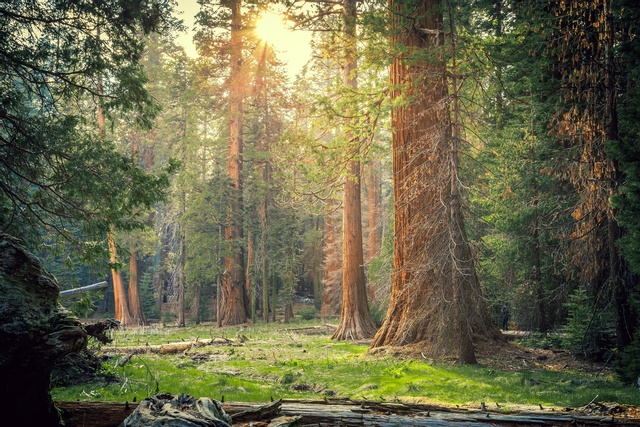 "The Pileated Woodpecker again. It's so loud!"

As part of a new pop-up podcast series, an ecologist brought sophisticated recording equipment into Sequoia National Park to capture the sounds of the forest — from 150 feet off the ground. Jacob Job climbed into the canopy of a giant sequoia and interpreted an incredible symphony of birdsong. Scientific American 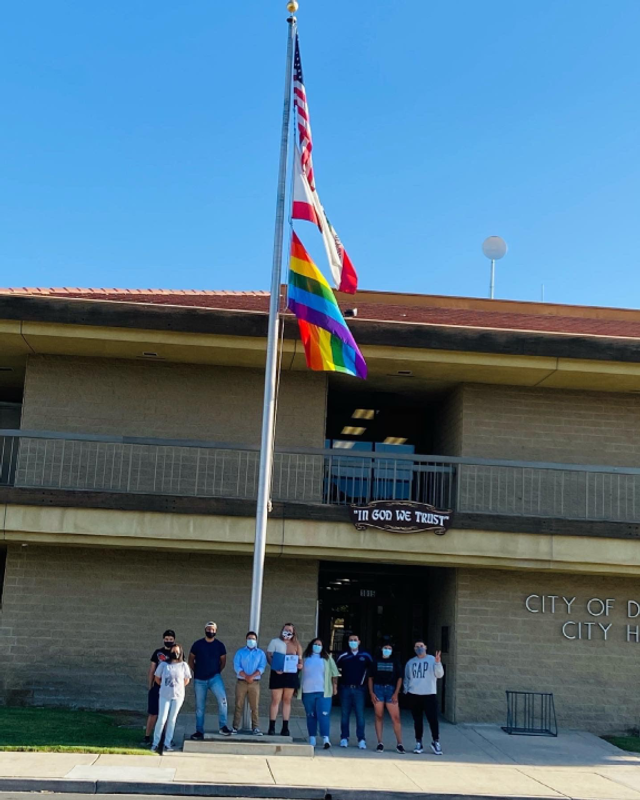 Delano, in Kern County, raised a rainbow flag outside City Hall this week.

June is Pride month, and in recent days local leaders agreed to fly City Hall pride flags for the first time in Gilroy, Fresno, Pasadena, Delano, Huntington Beach, and San Diego. Even Shasta County, one of California's most conservative outposts, narrowly approved a proclamation declaring June LGBTQ+ Pride month — but not without opposition. Supervisor Les Baugh wondered where it would all end: "Would we present a heterosexual day? Would we represent, I'll just say 'fat white day?' I don't know." Record Searchlight | KRCR

When the sports reporter David Chen traveled to Marin County to investigate the case of a high school tennis coach who was convicted of molesting his star players in 2019, he found a court document mentioning a former college recruit who had accused that same coach of abuse 15 years earlier. He was identified as John Doe, and when he testified against the coach he was heckled from the gallery by other players and their parents. N.Y. Times

David Pride lost his father when he was young. He put aside his father's typed poems having never read them, planning to pull them out some day when he was ready. Then a wildfire roared through Pride's mountain community of Boulder Creek last September. "After the fire, at first I mourned the loss of my things," he said. "But I realized that, ultimately, my attachment to things was because of the memories in them. With my dad’s poetry, though, I don’t have the memory of it. I didn’t get to read it all. I didn’t get to feel it, experience it, and then let it go. And now it’s gone."

The Believer collected 10 portraits of loss from California's wildfires, told through the stories of irreplaceable personal objects. 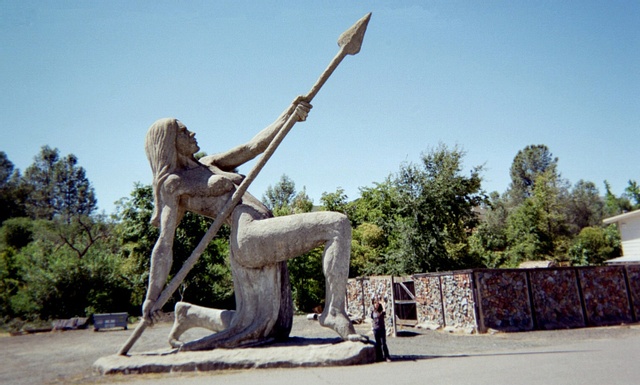 In the Gold Rush town of Auburn, it was hard to not have an opinion about the chosen hobby of the local dentist Ken Fox. Beginning in the 1960s, he made colossal nude figures inspired by Greek mythology, including a topless archer rising 42 feet along the road outside his office. Scandalized, city officials rerouted the school buses. Half a century later, attitudes have softened toward Fox's statues, which remain scattered across town. Fox died just last November at the age of 95, his passing noted with a brief obituary in the Auburn Journal. His statues, Fox once predicted, will stand for another 200 years. Atlas Obscura 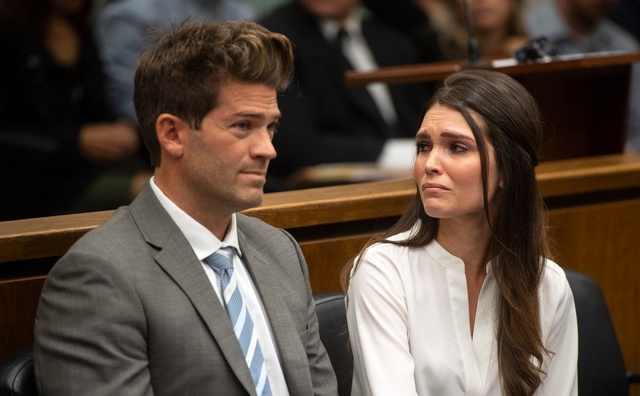 Dr. Grant Robicheaux and his girlfriend Cerissa Riley appeared in court in Newport Beach in 2018.

“It’s a case of women being absolutely trampled."

Six women, who never met each other, accused an orthopedic surgeon in Newport Beach of raping them. Their stories were strikingly similar: Dr. Grant Robicheaux and his girlfriend, Cerissa Riley, were accused of luring women, spiking their drinks, and taking them to Robicheaux’s home. Investigators collected evidence, but the case became entangled in the politicking of rival prosecutors. Years later, it appears now that the women may never get their day in court. BuzzFeed News

In March, the FBI got a warrant to raid a Beverly Hills safe deposit box company accused of conspiring to sell drugs and launder money. The customers were accused of nothing, however. So a judge was clear: “This warrant does not authorize a criminal search or seizure of the contents of the safety deposit boxes." Yet now the FBI is trying to confiscate $86 million in cash and millions of dollars more in other valuables found in the boxes. L.A. Times | Courthouse News Service 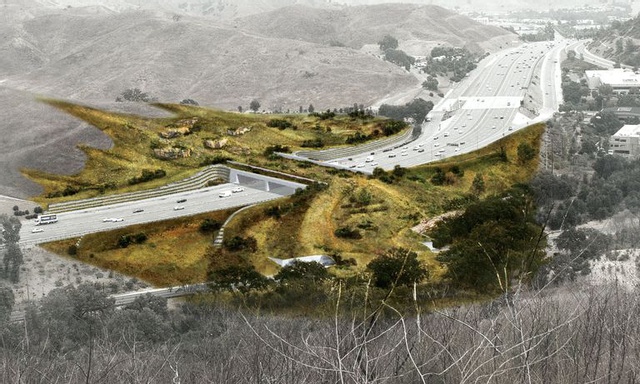 A rendering of the Liberty Canyon wildlife bridge in Agoura Hills.

Mountain lions once enjoyed the broadest range of any terrestrial mammal in the Americas, roaming forests, deserts, and marshlands. In Southern California, they exist now on fragments of habitat, hemmed in by freeways that cut them off from mates. Year after year, the big cats make deadly attempts to sprint across them. That's why work is due to begin this year on what will be the world's largest and most ambitious wildlife crossing: a pathway as wide as a football field over Highway 101, carpeted in vegetation and melded into the surrounding hillsides. Alta

Over the last five years, the independent journalist Yashar Ali has emerged as one of the most powerful voices on the web. When a reporter working on a profile asked for a list of his acquaintances who might comment about him, Ali shared a spreadsheet with the personal emails and cellphone numbers of more than 40 bold-face names, including Chrissy Teigen, Piers Morgan, Jeff Zucker, and Meghan McCain. The resulting profile didn't fully answer how Ali amassed his army of A-list supporters, but it did provide a fascinating window into the world of a bon vivant who lives out of benefactors' homes while using his vast Twitter following to promote his famous friends and punish foes. L.A. Magazine