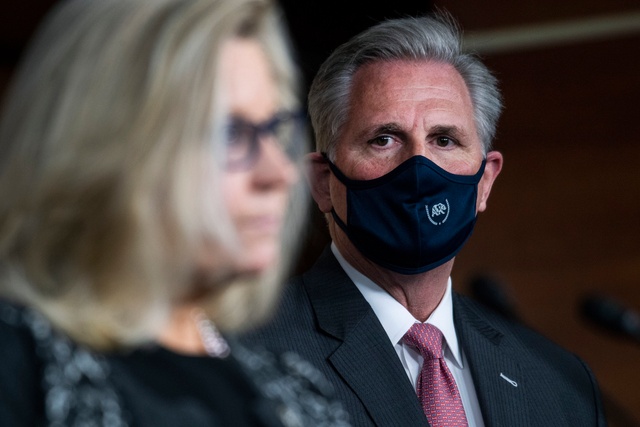 The House select committee investigating the Jan. 6 attack on the Capitol on Wednesday formally requested an interview with Rep. Kevin McCarthy, who was in close contact with former President Trump as the violence unfolded. In a statement, the Bakersfield Republican said he would refuse to cooperate, accusing the panel of "abuse of power." The committee now faces the question of whether to take the extraordinary step of issuing a subpoena. Rep. Liz Cheney: "We're going to evaluate our options." N.Y. Times | Washington Post

Just five months ago, Gov. Gavin Newsom was fighting for his political life as a recall vote approached. How things have changed. Susan Kennedy, a top aide to former Govs. Arnold Schwarzenegger and Gray Davis: “He’s sitting on a massive budget surplus that is every politician’s dream. He’s got no credible opposition to reelection and the wind at his back. He should be able to tackle any major issue he sets his mind to.” L.A. Times

A federal judge blocked a new state law that prohibited protesters from coming within 30 feet of vaccination clinics to harass those trying to enter, saying it violates free speech. Lawmakers said the law, signed by the governor on Oct. 8, was necessary to protect patients and health care workers. It was challenged in court not by vaccine opponents, but anti-abortion activists whose protests would also face restrictions. S.F. Chronicle 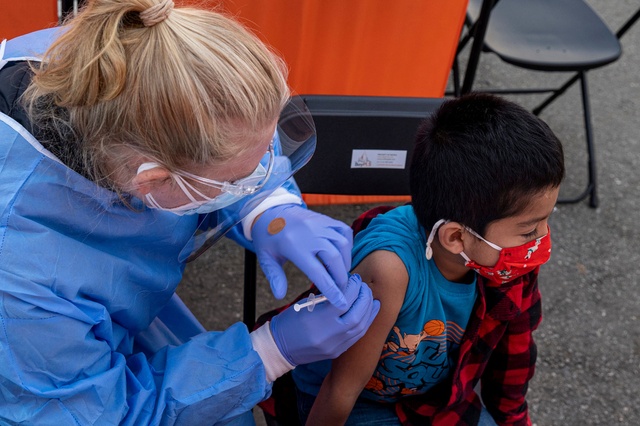 A healthcare worker administered a Covid-19 vaccine in San Francisco on Monday.

Three children under the age of 8 were found dead inside an apartment in a small town in the San Joaquin Valley on Wednesday, the authorities said. A woman with injuries that appeared self-inflicted was also at the home, leading investigators to focus on a possible murder-suicide. Sheriff’s spokesperson Daryl Allen said the deaths jolted Le Grand, located about 15 miles from Merced: "This whole town — I’m going to call it a family — everybody in this town knows everybody. So when something like this happens it effects everybody.” Merced-Sun Star | KSEE

The national political writer David Weigel wrote about the forces shaping the effort to recall three San Francisco school board members. Recall opponents have portrayed the campaign as a power grab by moderates and conservatives. But it has plenty of supporters on the left. Among them: Matt Gonzalez, the Green Party candidate who challenged Gavin Newsom in San Francisco's 2003 mayoral race. “I hate to break it to them,” Gonzalez said, “but this is really more about incompetence than it is about how it fits into some ideological battle over school boards or textbooks or things like that.” Washington Post 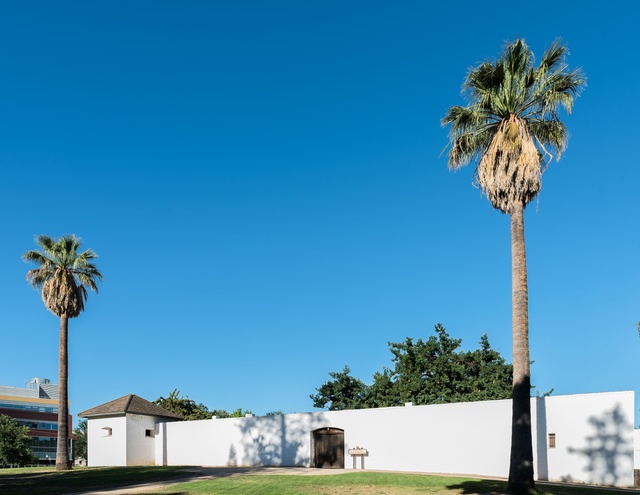 “We missed the truth.”

Sutter’s Fort, a state historic park in Sacramento, has portrayed the 19th-century Swiss immigrant John Sutter as a pioneer of the “California Dream.” Glossed over has been how Sutter abused the local Miwok people, feeding workers from troughs and lashing runaways. In one gruesome episode, historians say, he had a Miwok man decapitated to terrorize local tribes. Parks officials are now reinterpreting the fort with input from historians and Indigenous people. Capitol Public Radio

The Japanese have a word for the dance of sunlight filtering through the forest: komorebi. SFGATE's Ashley Harrell heard that nowhere in California is the phenomenon more dramatic than along Damnation Creek Trail in Del Norte Coast Redwoods State Park, where the fog, redwoods, and sloped trail align perfectly for the sun's rays. She walked a ways down the trail, then turned around and gasped at what looked like an exploding firework shooting through the canopy. “God is talking,” a stranger nearby said.

Below, a few views from the park. 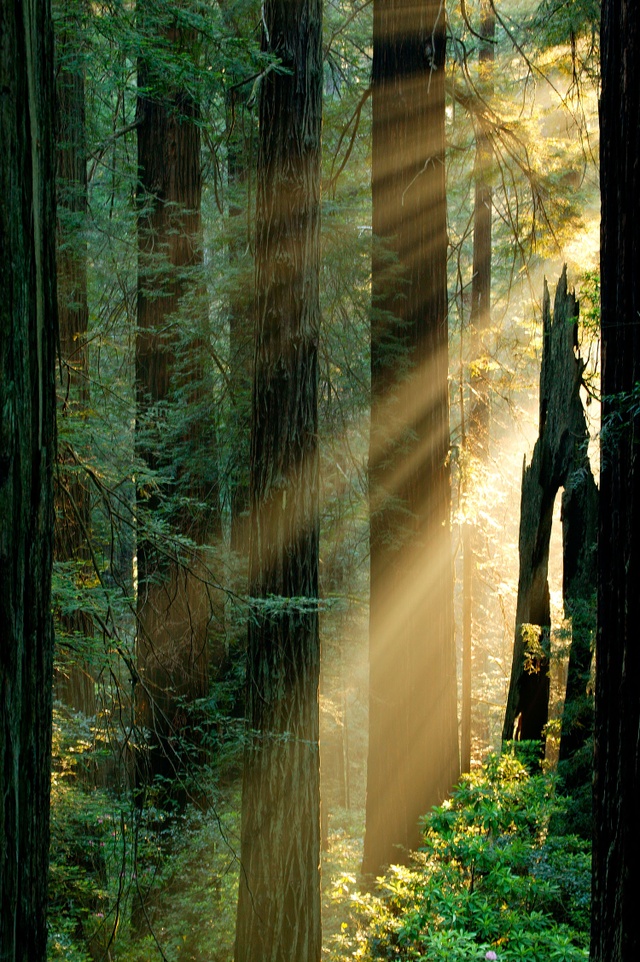 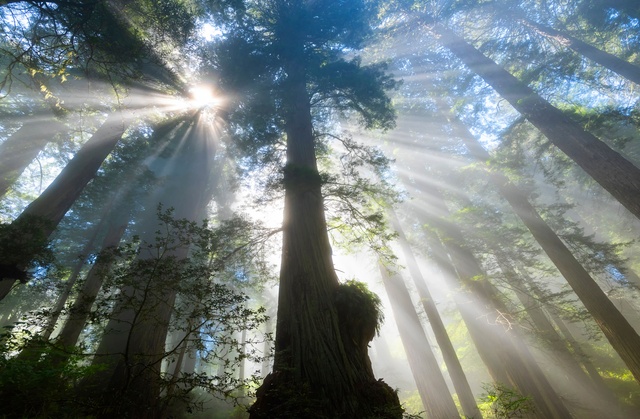 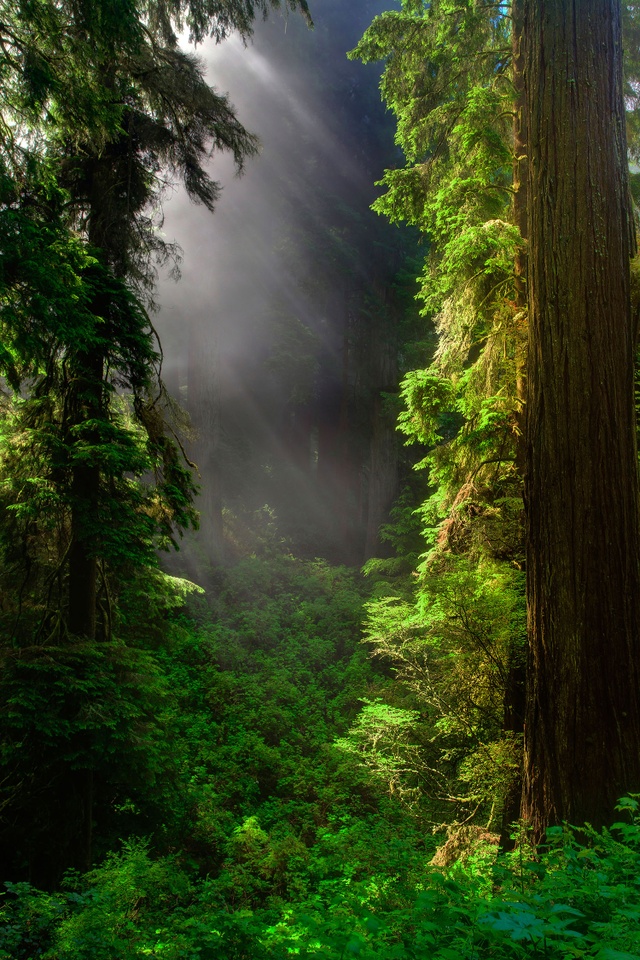 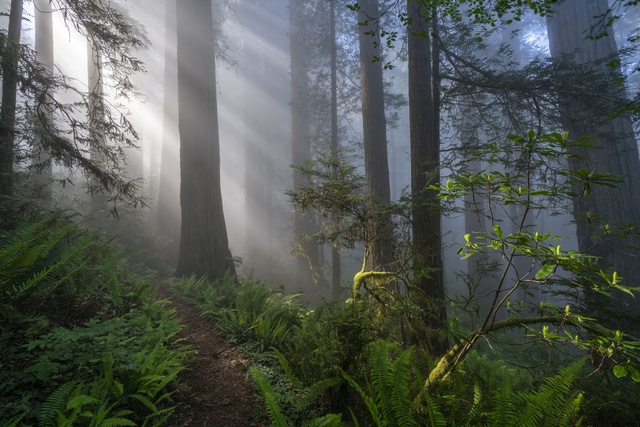 An analysis of IRS records found that since 2016 parent groups at Los Angeles public schools raised at least $30 million a year to help pay the cost of supplies, educators, and arts programs. But the fundraising varied widely: a full two-thirds of the parent fundraising happened on just 6% of the district's campuses — mostly in wealthy westside neighborhoods or the southwestern San Fernando Valley. LAist's report lets you look up fundraising at your neighborhood schools. 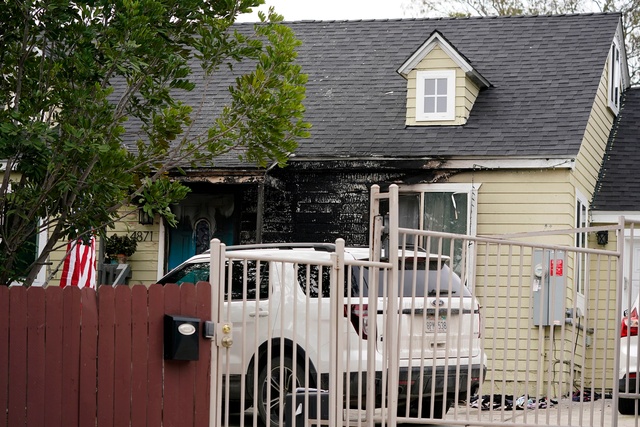 A political power couple in San Diego were jolted awake by a smoke detector at 4 a.m. Wednesday and found the front of their home engulfed in flames. Police said they were treating the fire at the home of Board of Supervisors Chairman Nathan Fletcher and former Assemblywoman Lorena Gonzalez, both of whom escaped injury, as suspicious. Both Fletcher and Gonzalez have drawn strong reactions from critics on issues such as pandemic restrictions and labor policy. S.D. Union-Tribune | A.P.

Dutch Faro was filming the scenery near Pyramid Lake, a short distance northeast of Santa Clarita, when he caught sight of something emerging from the brush in his peripheral vision. “Didn’t take long to snap into reality it was a f—n cougar,” Faro wrote in an email to Backpacker magazine. He ran, but the cat followed. So Faro turned toward the animal and let out a roar, a gambit that he later explained was driven by "primal instincts." It worked. Faro posted the video on his Instagram. 👉 @du7chfaro

Gif created from video by TrainTrackTrav.

☝️ Imagine driving home bleary-eyed from the office and seeing this race by mere feet away. The Santa Fe 3751 is a 430-ton locomotive that once played a seminal role in introducing high-speed passenger rail service to the West. Built in 1927, it ran primarily between California and the Midwest until the 1950s. To train enthusiasts' delight, the 3751 was restored in the 1980s for public display and, from time to time, passenger trips. The clip above shows an outing in 2014, when the 3751 barreled along a track that runs down the middle of the I-10 from San Bernardino to Los Angeles. Excursions have lately been on hold, but the San Bernardino Railroad Historical Society, which owns the train, said it hopes to announce new trips as soon as the spring.