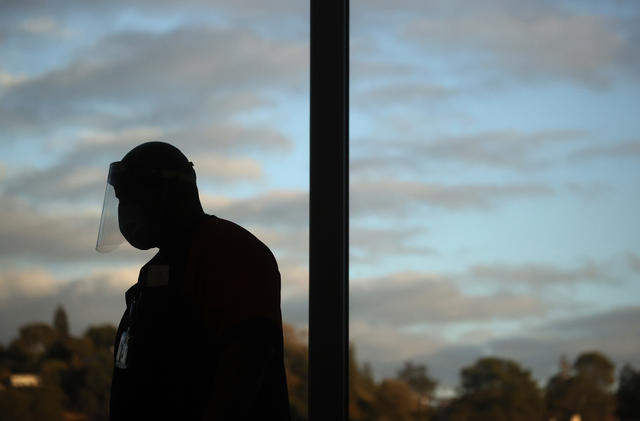 An average of 163 coronavirus patients have died daily in California over the last week. In November, the average was 41. The surge has been so dramatic that the state has now activated its "mass fatality" program, sending 5,000 additional body bags to San Diego, Los Angeles, and Inyo counties. Sixty refrigerator trailers were put on standby as makeshift morgues. Sacramento Bee | A.P.

The number of available ICU beds in Los Angeles County — home to 10 million people — has now fallen to fewer than 100. And the crisis is worsening. On Tuesday, the county had 4,400 Covid-19 patients hospitalized. That figure is expected to hit 5,000 by the weekend. Nearly a quarter of those now hospitalized are in intensive care units. The county's top health official: “Our reality is frightening at the moment.” L.A. Times | L.A. Daily News 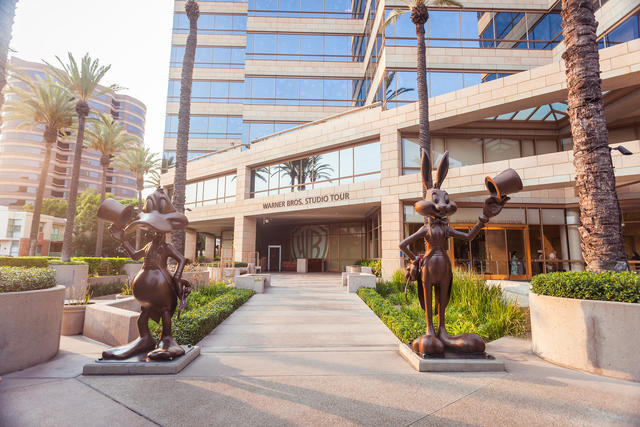 California has designated the entertainment industry as “critical infrastructure,” allowing it to continue filming even as many small businesses face harsher rules. The different treatment is focusing renewed attention on Gov. Gavin Newsom's infamous French Laundry dinner back in November. Among those in attendance was Jason Kinney, a powerful lobbyist who counts Netflix among his clients. The Intercept

On Friday, a Superior Court judge ordered Orange County Sheriff Don Barnes to reduce his jail population by half — or roughly 1,800 inmates — accusing him of "deliberate indifference" to the spread of the coronavirus. Barnes delivered his response on Monday: "I have no intention of releasing any of these individuals from my custody." KABC | CBS Los Angeles 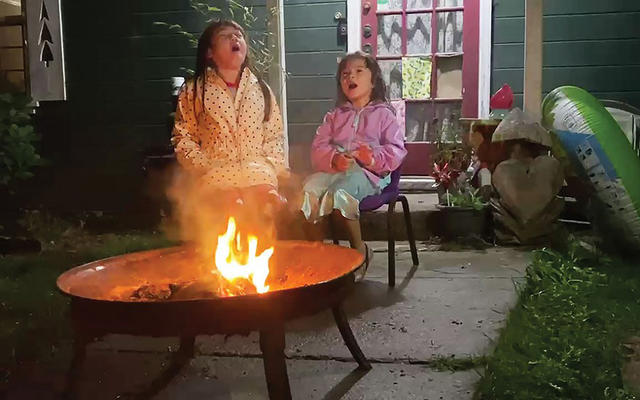 Early in the pandemic, people would cheer every evening in honor of health care workers. Up in Humboldt County, they would howl from their porches, a nightly hubbub that eventually faded away. But not entirely. In one tiny town, two little girls — Alexis Wickizer, 8, and her sister, Shelby, 5 — never stopped. Here's an adorable item on "the last true howlers of Blue Lake." 👉 North Coast Journal 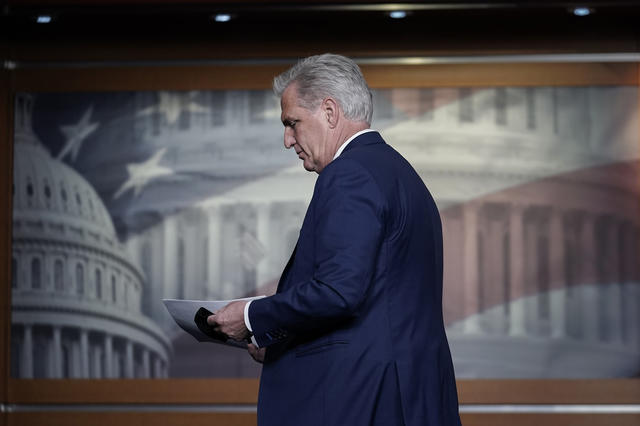 Rep. Kevin McCarthy has been an ardent Trump ally.

Senate Majority Leader Mitch McConnell alerted House Minority Leader Kevin McCarthy on Tuesday that he would finally acknowledge the victory of President-elect Joe Biden. But McCarthy is still refusing to do the same. The Bakersfield Republican, who is already plotting a run for House speaker in 2022, remains reluctant to upset President Trump. Axios | Sacramento Bee

In the past six years, California sent more than 1,200 troubled kids to out-of-state treatment programs intended to help put them on a healthy path. An investigation found that reports of abuse at the facilities were rampant, an issue brought to light after seven staffers piled on top of a 16-year-old who had acted up in April, killing him. When reporters asked California officials about the problems on Nov. 19, they brought every kid home. The Imprint 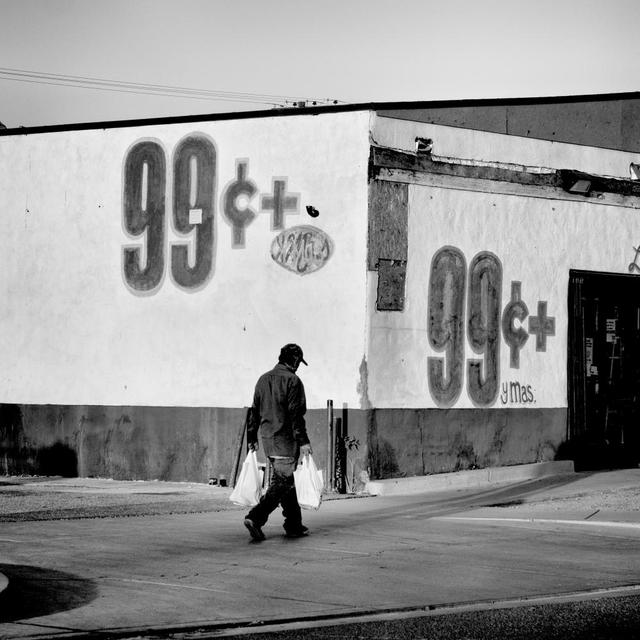 This fall, the Magnum photographer Matt Black spent two weeks traveling a route from the Imperial Valley up to the northern San Joaquin Valley. His images, published in the Guardian, capture the "tenor of uncertainty" reverberating across a region that has faced the crises of 2020 perhaps more acutely than any other place in the state, from suffocating smoke to rampaging disease.

Redfin ranked the country's 10 "hottest neighborhoods of 2021" by analyzing listing views and real estate demand. No. 1 was Lake Tahoe, which didn't even make the list last year. A real estate agents said pandemic-weary San Franciscans had been arriving in droves. "Everyone here drives a Tesla now.” Also in the top 10: Big Bear and Mountain House, a small community at the edge of the Bay Area. SFGate.com

Where people are moving beyond California, according to LinkedIn zip code changes: Austin, Phoenix, Nashville. Bloomberg 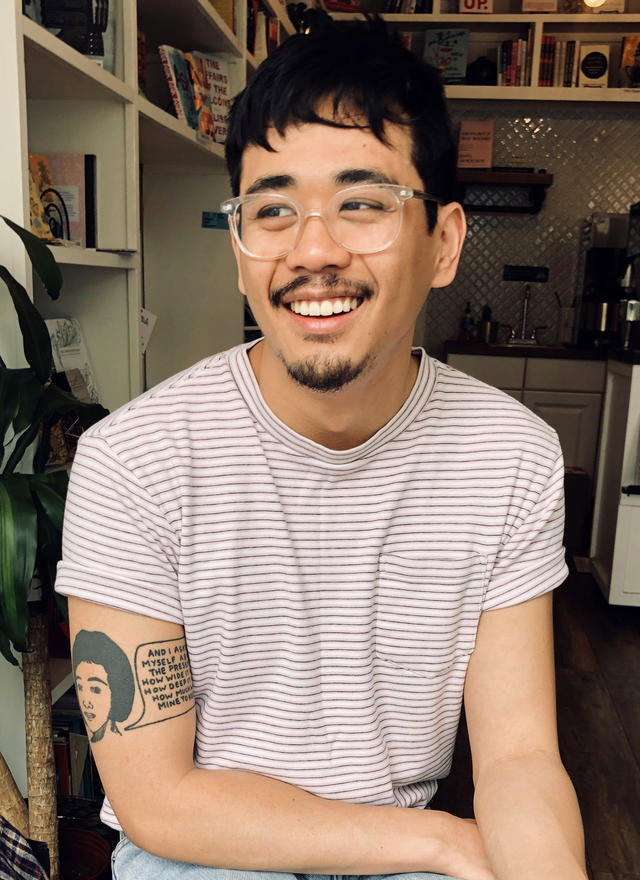 Anthony Veasna So was the author of the forthcoming story collection “Afterparties.”

Anthony Veasna So, a San Francisco writer, died last week at the age of 28. So’s partner said the death was sudden and unexpected, but the cause was not given. So, who wrote darkly comedic stories about the lives of Cambodian Americans, was said to be on the brink of stardom. A far-flung but tightknit literary community was in shock. S.F. Chronicle | N.Y. Times

Three dogs have joined the San Diego Fire Department to help first responders cope with trauma in what's believed to be the first program of its kind in the U.S. A battalion chief said firefighters often worry about the stigma of seeking help. The hope is that the dogs — two Labrador retrievers and a mini Goldendoodle — will make it easier to open up. S.D. Union-Tribune | A.P.

A Tracy man who does light productions for a living synced his home's Christmas lights to A-ha's Scandinavian synth classic "Take on Me," in a strangely satisfying mashup of holiday spirit and 1980s nostalgia. Tom BetGeorge told KGO he spent 400 hours programming 70,000 lights. The Christmas tree spiral during the chorus really brings it to the next level. 👉 YouTube (~3:45 mins)