Please note: The newsletter will pause for Labor Day. Back in your inbox on Tuesday. 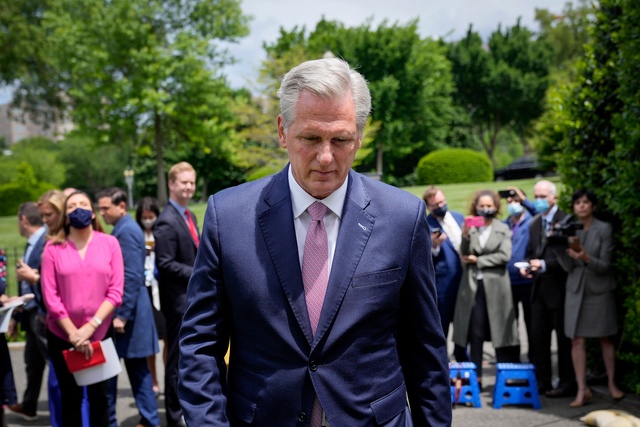 Rep. Kevin McCarthy outside the White House on May 12.

The House committee investigating the Jan. 6 Capitol riot asked telecoms companies to preserve the phone records of House Minority Leader Kevin McCarthy, several reports said. The move signaled that investigators could seek personal data from the Bakersfield Republican, who has said he had a phone call with Donald Trump during the attack. McCarthy on Tuesday threatened to retaliate against companies that complied with the panel's request. Politico | CNN

"Something exciting is taking shape in California."

The columnist Ezra Klein argued that many Californians, distracted by the pandemic, fail to give Gov. Gavin Newsom enough credit for the torrent of policies adopted since 2019. It's included a doubling of the state's earned-income tax credit, expanded paid family leave, universal transitional kindergarten, free lunches for all students, and a climate agenda that amounts to a Green New Deal for the Golden State. N.Y. Times 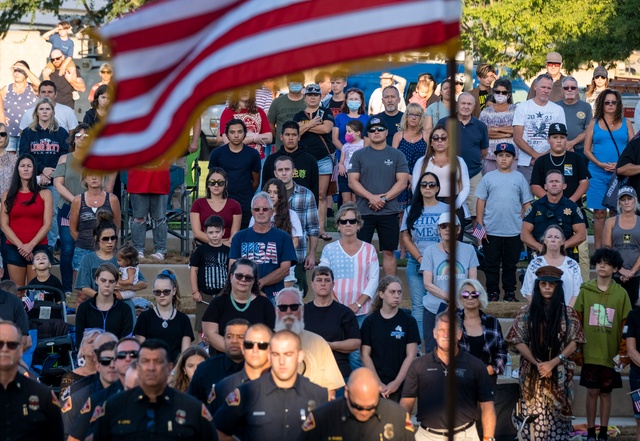 Shana Chappell's favorite story about her son, Kareem Nikoui: On her birthday one year, she found a note on her pillow. Nikoui apologized for failing to get her a present; money was tight. He said he wouldn’t want any other mom in the world. When her birthday arrived this July, Nikoui was in Kabul. But presents began arriving in the mail: Slippers and shoes; soaps and lotions; paintings he’d commissioned of her dogs. “This birthday, he had money to spend,” she said. “He just wanted to do something nice for his mom.”

Nikoui was one of the four young California soldiers killed in the Kabul airport blast. The L.A. Times told their stories. 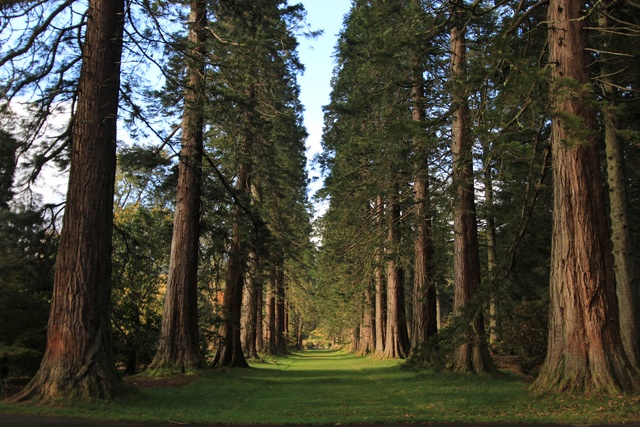 Fun fact: A corridor of 19th-century-born giant sequoias rises at the edge of a loch in the Scottish Highlands. In 1863, a wealthy American named Piers Patrick planted the 50 California trees at his estate on Scotland’s west coast, making them among the first to be introduced to the outside world. The "Avenue of Giant Redwoods," rising 170 feet, is today the jewel of Benmore Botanic Garden, regarded as among the finest entrances to a botanic garden anywhere in the world. Monumental Trees 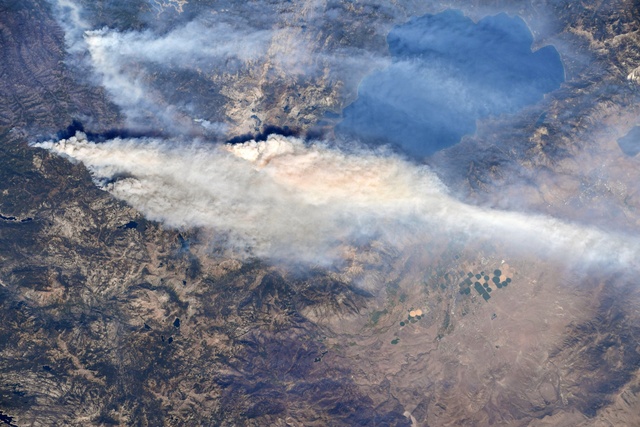 An astronaut on the International Space Station photographed smoke at Lake Tahoe on Wednesday.

Cal Fire officials pronounced Thursday “a good day” as winds died down in the Tahoe region and firefighters worked to steer the Caldor Fire toward a nearby burn scar left by another massive blaze. The idea is to halt the fire's forward progress by starving it of fuel. South Lake Tahoe and other mountain communities weren't out of danger yet, officials said. "I’m not gonna breathe a sigh of relief until it’s out," one firefighter said. Washington Post | Mercury News

On this week's California Sun Podcast, host Jeff Schechtman talks with Lizzie Johnson, a Washington Post reporter and author of "Paradise: One Town's Struggle to Survive an American Wildfire." She talked about how the threat of fire has led a growing number of people in the Sierra to consider calling it quits. Some are determined to stay. Others, she said, "realize that they just can't do it year after year, seeing smoke in the sky and wondering if they are going to get evacuated again."

A Sacramento school district said it would fire a high school teacher who hung a poster of the Chinese communist Mao Zedong in his classroom and boasted in an undercover video about trying to turn students into “revolutionaries.” On Wednesday, a packed school board meeting over the episode got so heated that it was cut short. The Sacramento Bee captured some of the tense moments, complete with chants of "USA! USA!" 👉 YouTube (~3:30 mins) 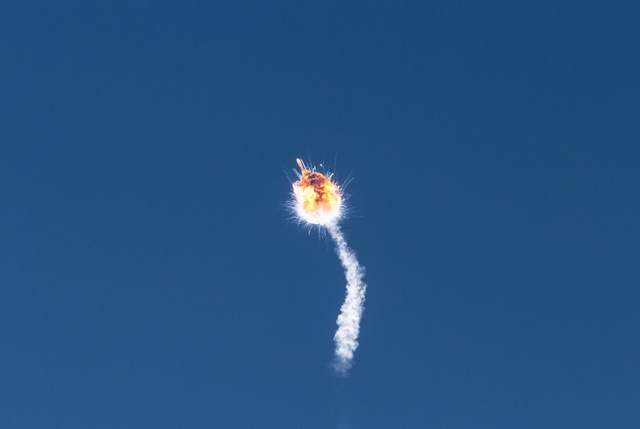 Firefly's inaugural rocket exploded off the coast of California on Thursday.

On Thursday, Firefly Aerospace launched its first rocket from Vandenberg Space Force Base on the Central Coast only to see it explode over the Pacific about two minutes after liftoff. Firefly is one of a growing number of rocket start-ups jockeying to provide transportation to space for small satellites. The company blamed “an anomaly” for the Alpha rocket's failure and said further investigation was needed. Noozhawk | SpaceNews

See the moment of the explosion. 👉 @thejackbeyer

On June 23, a viral video of a woman complaining that a transgender woman had exposed their penis at a Los Angeles spa set off violent protests, with right-wing groups battling activists in the streets. On Monday, prosecutors charged an individual with five felony counts of indecent exposure in connection with the incident. Police said Darren Merager, 52, is a registered sex offender with a history of indecent exposure convictions. Merager denied the allegations. N.Y. Post | L.A. Times

"Even now, surfing can seem to embody a kind of protest or conscious transgression for Black people: a commitment to occupying spaces traditionally considered off-limits."

A photographer and a water cinematographer created a gorgeous feature on the history of Black surfers and their efforts to fight racism in the sport. N.Y. Times 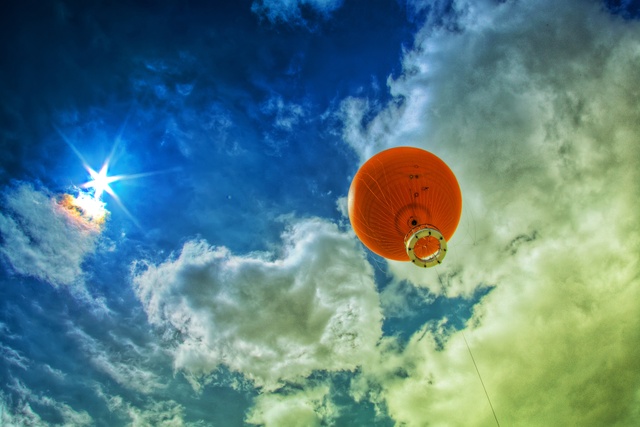 There's a park in Orange County where you can ride a giant orange balloon 400 feet into the sky. One of the largest tethered helium ballons in the United States, it's the centerpiece of Irvine's Great Park, conceived in the early 2000s as Orange County's answer to San Diego's Balboa Park or New York's Central Park. The park never quite entered that league, but the balloon has become a symbol of the city. At no charge, riders get views that stretch from Catalina to the San Gabriel Mountains, and, if you're lucky, a front row seat for the occasional marriage proposal. Atlas Obscura