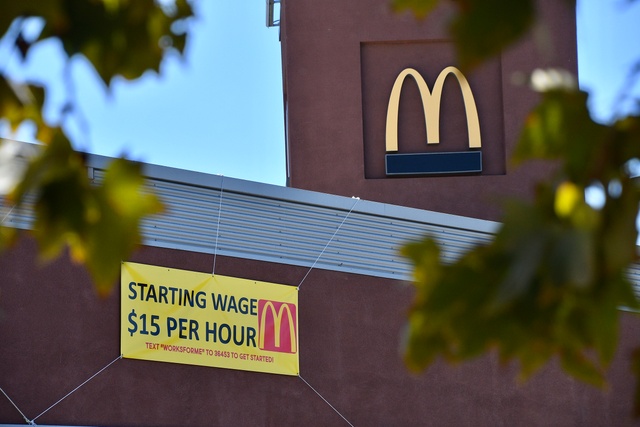 A McDonald's in Yorba Linda sought job applicants on Sept. 13.

In September, there were 10 million job openings nationwide and more than 8 million unemployed people actively looking for work. That disconnect has hit the restaurant industry hard, as many former workers decline to return, often explaining their reluctance in similar ways: They want to better their lives. "I’ve been able to focus on my health in a way I couldn’t in a previous life," said Daniel Lovett, a former manager at San Francisco's Nopa. "I’ve lost 40 pounds, I ride my bike, and I quit smoking. When you've worked 12-hour shifts and the chef offers you a burger, you eat a burger. Multiply that five or six times a month." S.F. Chronicle | SF Weekly

California is removing from its state laws the word “alien” in reference to people in the country illegally. Gov. Gavin Newsom said the word "is not only an offensive term for a human being, but for far too long has fueled a divisive and hurtful narrative." In its place, terms like “noncitizen” or “immigrant” will be used. A.P. | Sacramento Bee 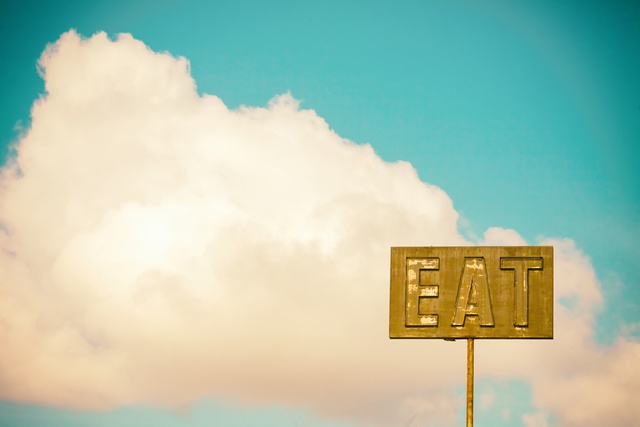 For many, the California dream is fading.

"Right now market forces are telling California, 'Get your shit together.'"

A new report from Stanford University compared quality of life in California and Texas in 2020. Aside from its higher income and better health outcomes, California didn't come out looking so great. Texas attracted more immigrants, issued more building permits, graduated a higher percentage of high schoolers, experienced cleaner air, and had lower rates of homelessness and violent crime. S.F. Chronicle

Fun fact: You can order an off-menu "puppy patty" for your dog at In-N-Out. The secret menu options at California's quintessential hamburger chain are not much of a secret, but fewer people seem to know about the dog option — a grilled, unsalted beef patty. A recent TikTok video about the menu item went viral, but included a bit of misinformation. It's not free, as the TikToker claimed, but it is only $1. Eat This, Not That | KSEE 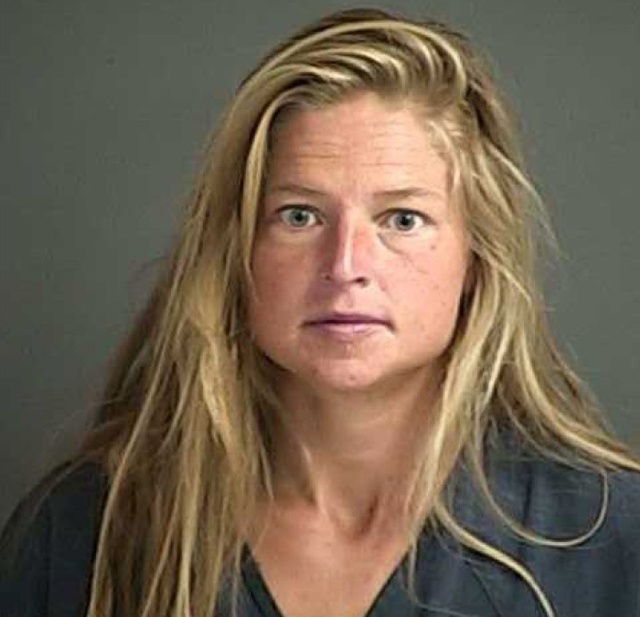 Alexandra Souverneva, 30, graduated from the California Institute of Technology.

Firefighters on Sunday were gaining an upper hand on a wildfire just north of Redding that has destroyed more than 40 homes. The authorities said Alexandra Souverneva, a Palo Alto scientist accused of setting the fire, may be a serial arsonist. Shasta County Sheriff Michael Johnson addressed an emotional community meeting Saturday. "It is difficult to grasp when disaster like this is, apparently, not a natural disaster," he said. "But we have a suspect.” Mercury News | A.P.

Nearly 50 students from the Sacramento area remain trapped in Afghanistan under Taliban rule weeks after the U.S. completed its withdrawal. Increasingly desperate, principals are now working with families and third-party groups in the absence of a focused government extraction effort. “This is like a back-up, sort of secret-ops plan,” said Nate McGill, an elementary school principal. Sacramento Bee

KTVU suspended a veteran news anchor, Frank Somerville, after he pushed for a report on the Gabby Petito homicide case to include commentary on racial disparities in coverage of missing persons. News of the disciplinary action set off widespread condemnation on social media. But sources told the Chronicle that newsroom leaders objected not to the topic, but to Somerville's apparent suggestion that police had concluded Petito was killed by her boyfriend. S.F. Chronicle | SFGate.com

For some visitors, entering the lobby of Yosemite's magnificent Ahwahnee Hotel arouses an unsettling feeling — like something dreadful has happened there. That may be because it served as inspiration for the hotel lobby where the writer in Stanley Kubrick's "The Shining" descended into madness. The director's movie set mimicked the Ahwahnee's cavernous ceilings, chandeliers, Native American patterns, and terrifying red elevators doors. Sitting by the lobby fireplace on a chilly winter night, you could almost hear the sound of a typewriter clacking in the distance. Atlas Obscura | FirstShowing

Some creepy views inside the Ahwahnee.👇 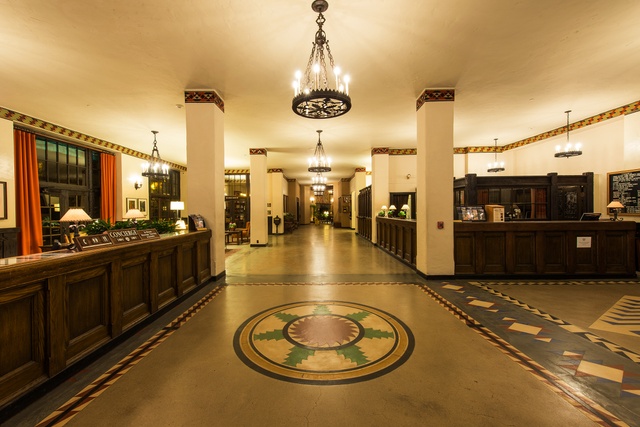 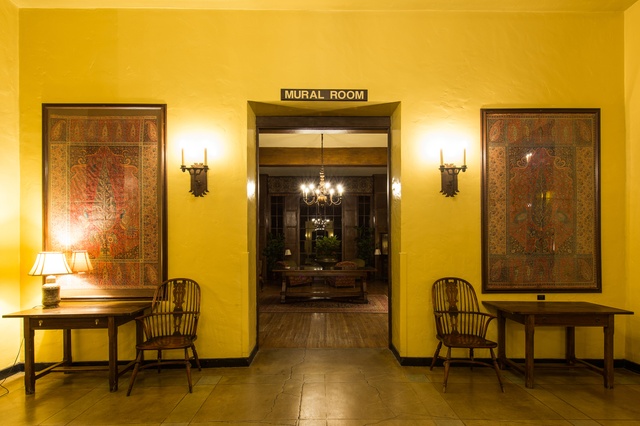 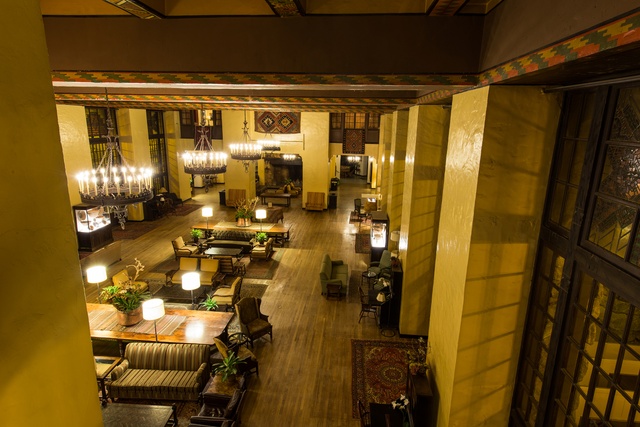 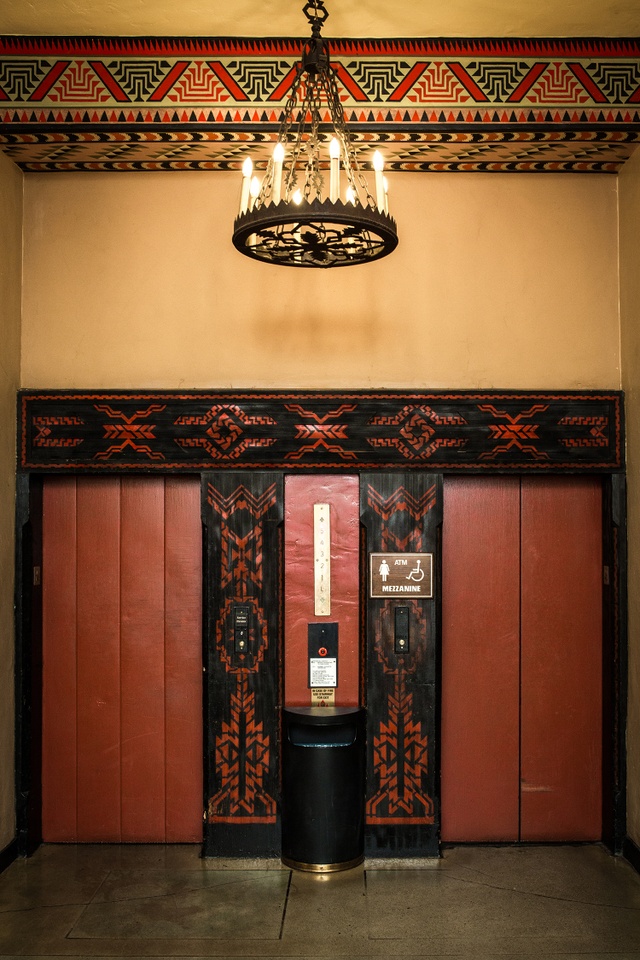 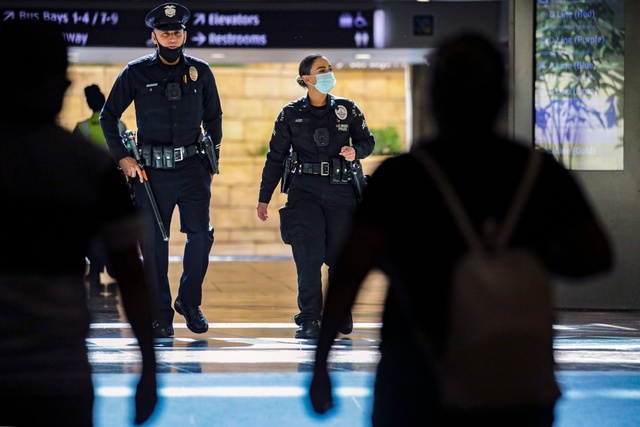 The Los Angeles police and fire departments are hotbeds of coronavirus infection, the L.A. Times revealed through a public records request. Since March of last year, 211 outbreaks have raced through the two agencies, reflecting a consistent spread up to the present. The departments are also full of vaccine opposition. Less than 59% of their employees are fully vaccinated, well below the rate of 68% for eligible residents countywide. L.A. Times | A.P.

According to witnesses, a 40-year-old holding her toddler jumped onto a picnic table bench in a concessions area at San Diego’s Petco Park on Saturday, then tipped over the side of the facility, falling the equivalent of six stories. She and her 2-year-old son were killed. The authorities described the deaths as "suspicious," but acknowledged little was known about the circumstances of the deaths. Washington Post | S.D. Union-Tribune

Elderly women are rarely charged with murder. But Sandra Bonertz, 76, has acknowledged that she fatally shot her roommate, 83-year-old Winnie Smith, at a Bakersfield retirement home in July. In a newly released police report, Bonertz discussed her motive with investigators. Smith was deteriorating, Bonertz said, and the women had a "pact." “She asked me to do it, and I did," Bonertz said. Bakersfield Californian 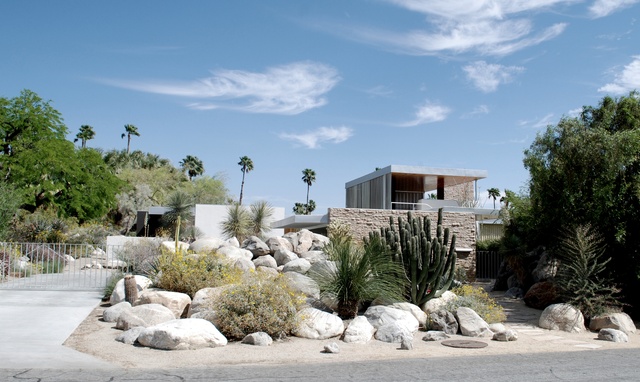 The Austrian-born architect Richard Neutra perfected a signature Los Angeles look: houses that blur the boundary between inside and outside. In a riveting profile, the New Yorker chronicled how Neutra saw himself as a therapist of sorts, easing the stress of modern life. “Human habitat in the deepest sense is much more than mere shelter," he once wrote. "It is the fulfillment of the search — in space — for happiness and emotional equilibrium."