Please note: The Sun will be off next week. Back Monday, Aug. 17.

With California now surpassing 10,000 coronavirus deaths, Gov. Gavin Newsom faces intense pressure to either reopen the state or shut it down further. Instead, he appears to be taking a middle path. “There is politics everywhere," one analyst said. "You either get the politics of restricting movement again, or the politics of a high death count. Neither is good. But one is unconscionable.” CalMatters 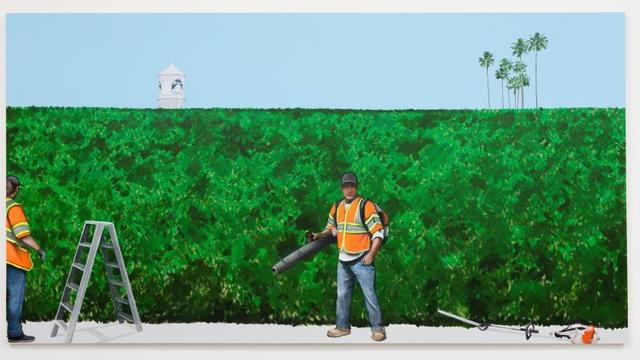 An L.A. Times reporter asked her Twitter followers what jobs their parents worked to get them where they are today. The responses were powerful, highlighting the grueling work of many immigrants — the cooks, nannies, and gardeners — who sacrifice now more than ever to lift up their children. L.A. Times

On this week's California Sun Podcast, host Jeff Schechtman talks with Anthony Rendon, speaker of the California Assembly. He talked about his experience working with two very different governors. "I never went downstairs and had Jerry Brown say, 'Hey, what do you think about A, B, and C?'" he said. "Jerry Brown would call me downstairs and tell me what he thought about A, B, and C. Gavin Newsom is much more consensus-oriented." California Sun Podcast

☝️Here's Dean Potter in 2011 walking across a highline at Cathedral Peak in Yosemite, untethered.

Potter, who died in a BASE jumping accident in 2015, described his craft as a sort of meditation. “On the highline," he said, "my thoughts are simple and clear.” National Geographic 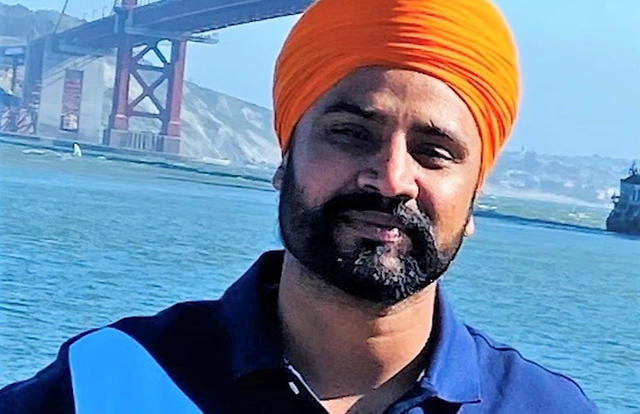 Manjeet Singh drowned in the Kings River on Wednesday.

On Wednesday, three kids were playing at a beach along the Kings River when they were swept downriver. A bystander, 29-year-old Manjeet Singh, saw it happen and leapt in to rescue them. He drowned. Two of the kids made it to safety. The third is on life support. Singh immigrated to the U.S. from India two years ago and recently moved to Fresno to start a trucking business. KFSN

Last week, the NFL released a video recounting the 2018 fatal police shooting of Stephon Clark in Sacramento. That brought a rebuke from the California District Attorneys Association, which accused the league of omitting suspected crimes committed by Clark, who was unarmed. The group demanded that the video, part of the NFL's Inspire Change initiative, be taken down.

Now more district attorneys are weighing in. San Francisco's Chesa Boudin and two others applauded the NFL video. "This is a conversation that we must have," they said. S.F. Examiner 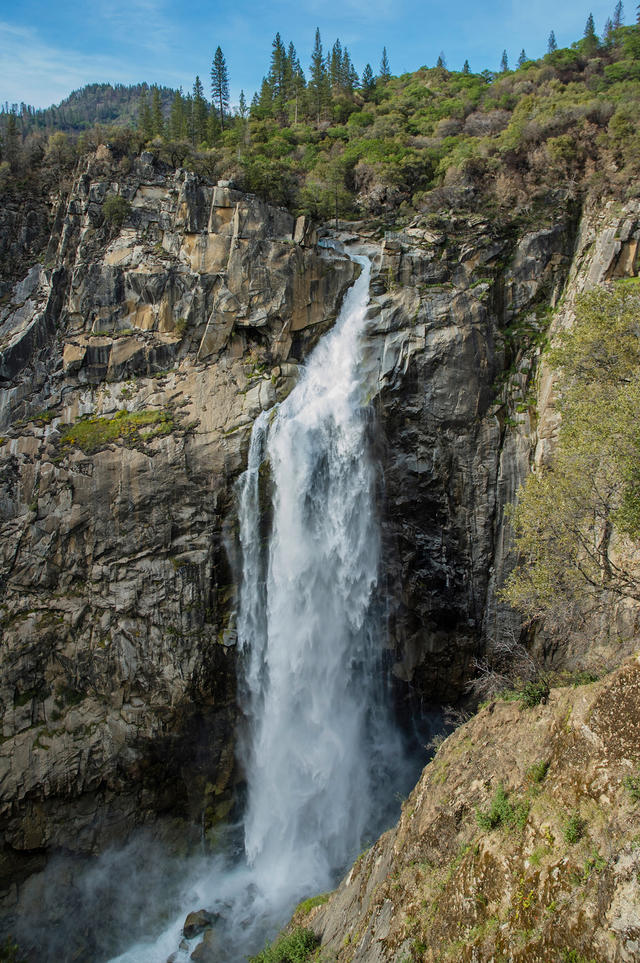 Located along the Fall River in Plumas National Forest, it plunges more than 400 feet into a granitic gorge. Outdoors writer Tom Stienstra called it California’s prettiest waterfall outside of Yosemite. It gets overlooked because it’s not near anything, he wrote. But taking it in “can feel something like the first time you see Yosemite Valley, Lake Tahoe, or the Golden Gate Bridge.” S.F. Chronicle 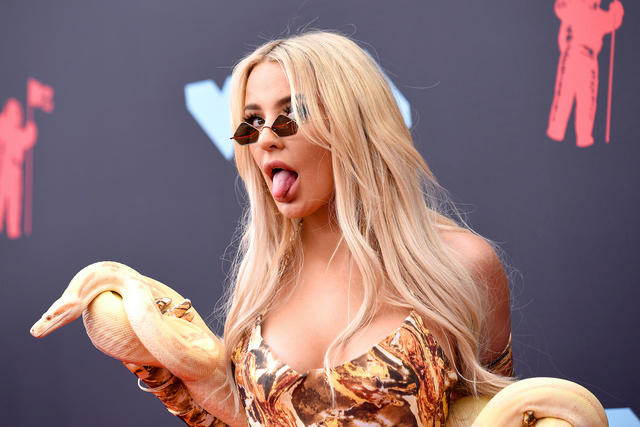 A N.Y. Times reporter talked to YouTubers, TikTok stars, and Gen Z celebrities in Los Angeles about why they won’t stop partying. “Our jobs are to entertain people," the founder of the Hype House said. "We live with groups of people, and we are all intertwined for work. We can’t put our entire lives on hold for a year and not make any money.” N.Y. Times 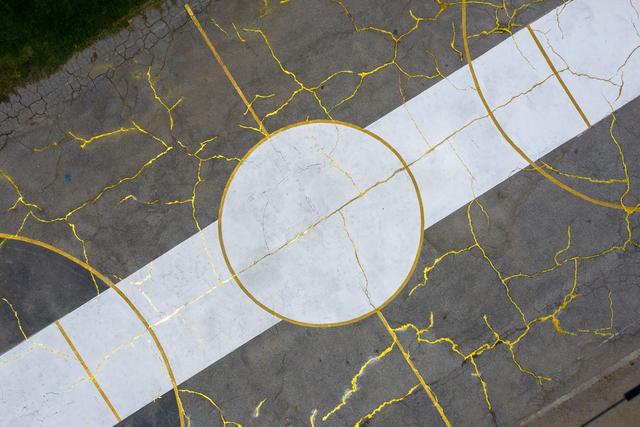 Kintsugi, the Japanese technique of mending broken ceramics with gold, has grown in popularity both as a design feature and metaphor for healing. The artist Victor Solomon applied the technique to an unusual object: The cracked surface of a basketball court in Los Angeles. The result is pictured above. More photos and video 👉 Hypebeast 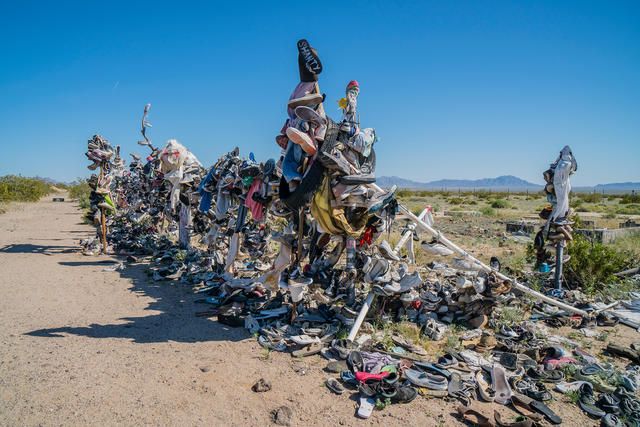 A shoe garden grows in Rice.

Rice, a speck of a town in the Mojave Desert, was once a wild place, known for gambling, prostitution, and thievery. Long since abandoned, it's now known for shoes.

As the story goes, years ago someone hung a pair of shoes on a lone tamarisk near the highway in Rice. Over time, people on the way to and from the Colorado River added sneakers, loafers, and flip-flops of their own until it grew into a full-fledged art project.

Sadly, the tree burned down in 2013. But passersby simply started over, adorning an old fence and gas station. Today, all that remains of Rice are some crumbling foundations and the shoe-based landscaping, a lonely homage to the strangeness of the desert.

Below, the original shoe tree. 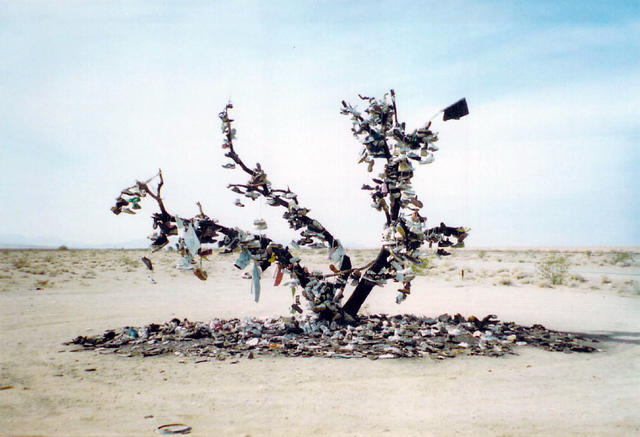 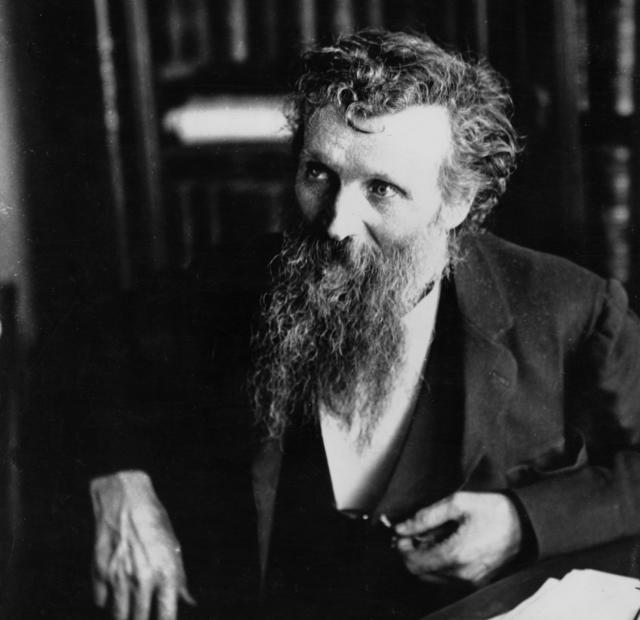