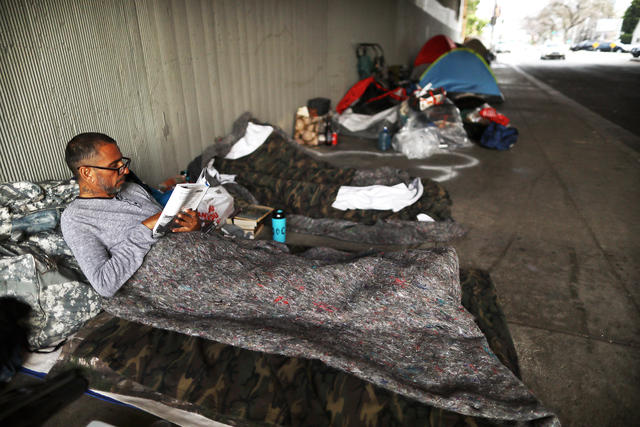 California's nonpartisan legislative analyst concluded that Gov. Gavin Newsom's proposed $1 billion homelessness plan was likely to fail, calling it unclear and rife with implementation headaches. One major problem, according to the analysis: It shifts decision-making away from local governments to administrators selected by Sacramento. A.P. | Courthouse News

Here's an example of the perverseness of California's homelessness crisis. The only steady job a homeless Bay Area couple could find was delivering eviction notices to tenants, themselves on the brink of homelessness. "Believe me," said John Hebbring, "we see the irony." N.Y. Times

The only statewide measure on the March 3 ballot, Proposition 13, asks voters to approve the largest school bond in state history, at $15 billion. The money would be used to update facilities from kindergarten through public colleges. A key difference with this bond: In contrast to the first-come, first-served process used in the past, it prioritizes disadvantaged districts. A.P. | S.F. Chronicle

The L.A. Times editorial board thinks it would be money well spent. The Mercury News disagrees.

Cities up and down the coast have been paralyzed as rising seas threaten more than $150 billion in property by 2100 — far more economic damage than from the state's worst earthquakes and wildfires. "We are already 10 years late to this issue," a legislator said, "and there are options that are slipping away from us as we postpone a very difficult conversation." L.A. Times

Below, a king tide event at Imperial Beach last month offered a preview of things to come. 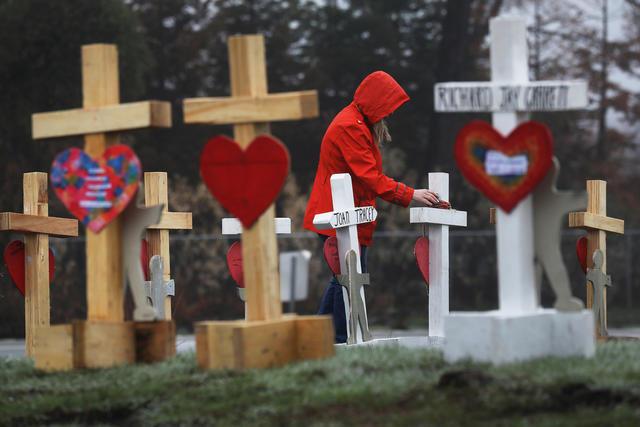 The official death toll of the 2018 Camp Fire is 85, making it the deadliest wildfire in state history. But an investigation by the Chico Enterprise-Record found that 15 months after the disaster at least 50 additional deaths have been linked to the fire. "These are the ones who have been forgotten," a victim's mother said. Enterprise-Record | A.P.

In an extraordinary confrontation, hundreds of Berkeley teenagers stormed the school district headquarters and demanded action to stamp out "rape culture" at Berkeley High. It was the second straight day that students had walked out of class to protest. "I believe you," the district superintendent told the students. Berkeleyside 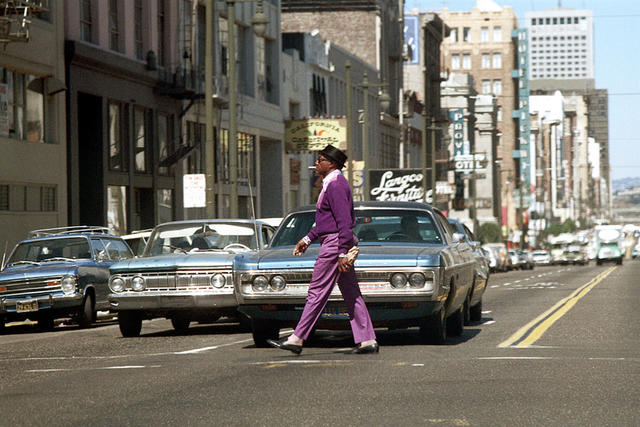 A sartorial vision in San Francisco, 1971.

Nick DeWolf was a Boston inventor, tech pioneer, and prolific street photographer. On a trip to the Bay Area in 1971, he aimed his 35mm camera at the fashions and hairstyles of an era that hadn't fully abandoned the trappings of Summer of Love hippiedom. The images are fabulous. S.F. Chronicle | Vintage Everyday

Here's the full archive of 901 photos. 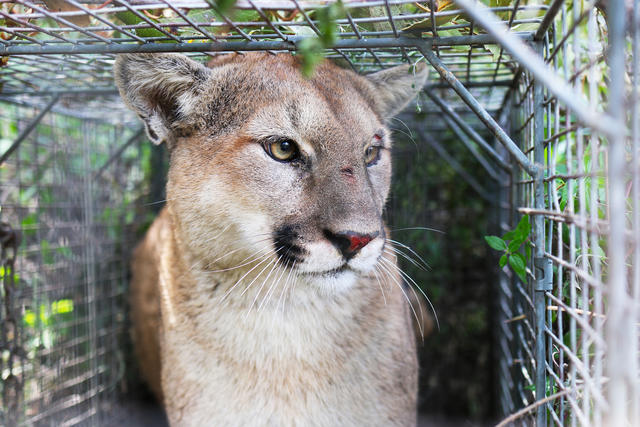 P-56 was killed in the Santa Monica Mountains on Jan. 27.

Two Los Angeles City Council members introduced a resolution calling for an end to permitted killings of mountain lions after a property owner was allowed to kill a cougar that had attacked his livestock. Councilman Paul Koretz said there was an "insane disconnect" between conservation efforts and the killing of a predator that's just trying to survive in its natural habitat. L.A. Daily News 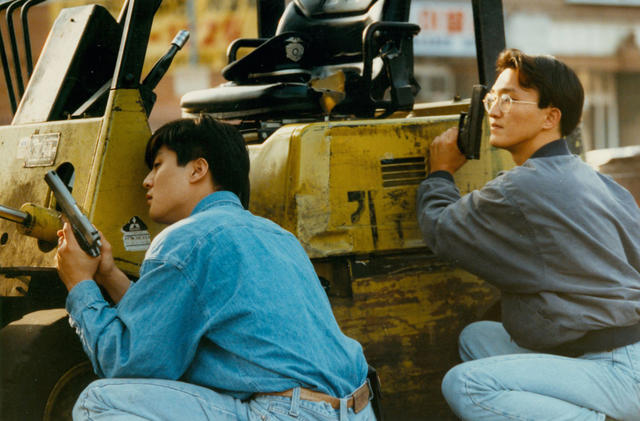 Korean storeowners defended their property in Los Angeles on April 30, 1992.

During the 1992 L.A. riots, dozens of Korean-owned liquor stores were burned to the ground. Nearly 30 years later, misgivings still run deep between Korean-owned businesses and the surrounding African American community in Leimert Park. "The people that are actually in the community don't have much better understanding or relationship than they did back in '92," a community leader said. "'Koreans, they're just here taking our money.' 'African Americans come in and they steal from us.'" L.A. Times

Some Disneyland ticket prices broke the $200-a-day mark after the Anaheim theme park raised the cost of one-day passes by between 3 and 5 percent. Since 2000, the price of admission at Disneyland has more than tripled. Even so, attendance has grown steadily. O.C. Register | L.A. Times 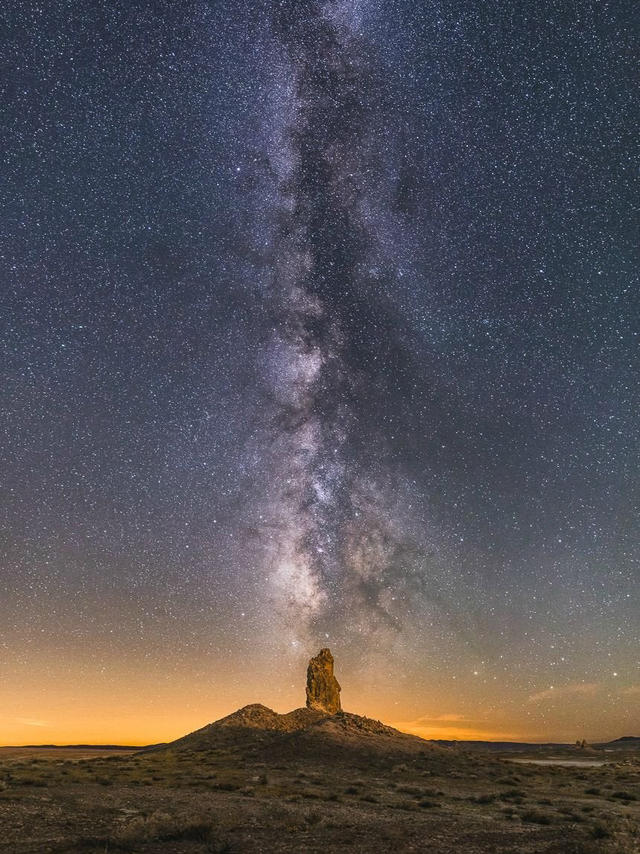 Get far enough from the city lights, and you can't help but be entranced by the cosmos. Wander among the tufa spires of the Mojave Desert and you could swear you were viewing it from the surface of Mars. It's perhaps no surprise that conspiracy buffs have suspected the moon landings were staged at the Trona Pinnacles, pictured above. Atlas Obscura | California Through My Lens 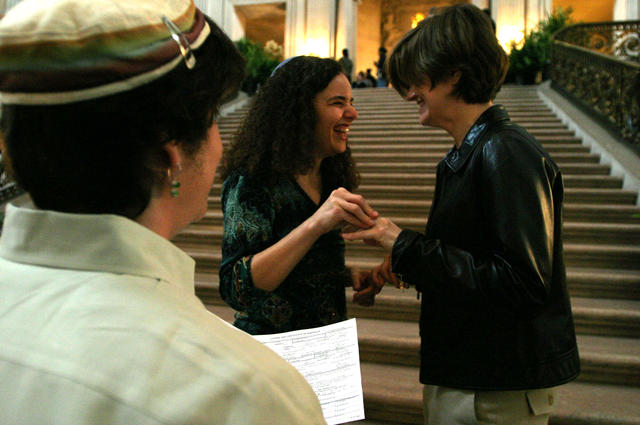 It was on this day in 2004 that Gavin Newsom, then mayor of San Francisco, directed city clerks to issue the nation's first marriage licenses to same-sex couples. His stand was a lonely one. A mere four years earlier, Californians had voted by a resounding margin to restrict marriage to one man and one woman. Some in the 36-year-old mayor's inner circle warned that his political career could be destroyed.

Sen. Dianne Feinstein opposed the move. "Too much, too fast, too soon," she said at the time. So did Rep. Barney Frank, the openly gay Democrat from Massachusetts. Gov. Arnold Schwarzenegger warned of riots in the streets. After George W. Bush was reelected as president later in 2004, some Democrats blamed Newsom for energizing social conservatives. 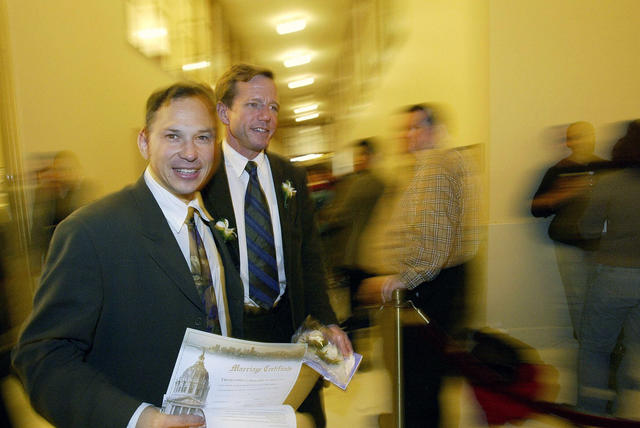 In the years that followed, a flurry of states passed constitutional amendments banning same-sex marriage. California voters too reaffirmed their opposition in a 2008 ballot initiative. Yet over time, the tide began to shift. In 2012, President Obama announced his support of same-sex marriage. And in 2015, 11 years after Newsom took his rogue stance, the U.S. Supreme Court settled the issue, declaring same-sex marriage a right nationwide.

Historians may debate whether Newsom's action did more to hurt or help the cause, but one effect seems certain: the images of thousands of joyful couples expressing their commitment to each other at San Francisco's City Hall humanized the issue more powerfully than any political speechifying ever could.

According to several polls, a majority of California residents have supported same-sex marriage since about 2011, with the margin growing each year. As for Feinstein, she had a change of heart as well. "History has proven that Gavin Newsom made the right decision, a very bold decision," she told the L.A. Times in 2018.