Social gatherings and lax personal behavior are driving California's coronavirus surge, health experts say. Yet with lockdowns, it's businesses that are paying the price in efforts to contain the virus. “It’s like you’re taking a sledgehammer to the problem; it’s not very fine-tuned,” an infectious diseases experts said. “It doesn’t address where a lot of the catalysts are for transmission.” A.P.

San Diego restaurant manager: “This is the last dagger for everyone. And it’s pretty scary.” S.D. Union-Tribune

California voters rejected a statewide commercial property tax increase that would have raised up to $12.5 billion for hard-hit local budgets. Yet in the same election, they approved at least 173 local measures that authorized more than $12.8 billion in new spending and borrowing, a new analysis showed. “The average California voter clearly trusts the policymakers in their own backyard far more than they do those in the state Capitol,” a business leader said. A.P. 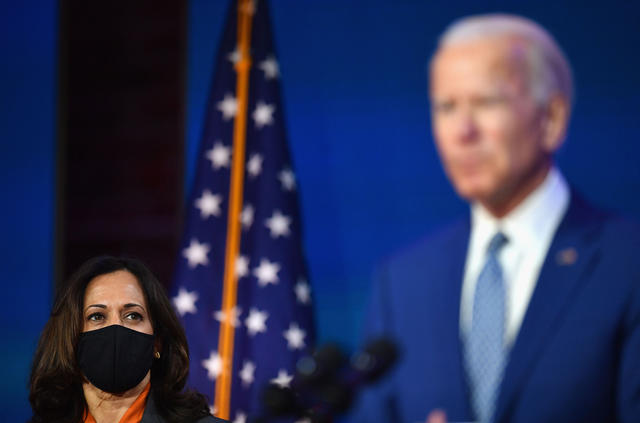 Allies of Kamala Harris are worried that she won't have real clout as vice president. She and President-elect Joe Biden have a strong personal relationship. But signs have emerged that he plans to elevate his longtime advisers into an array of influential roles, possibly sidelining Harris. “I certainly think there’s going to be a strain within the administration," a co-founder of Black Voters Matter said. Washington Post

Harris has yet to be contacted by Vice President Mike Pence. N.Y. Times 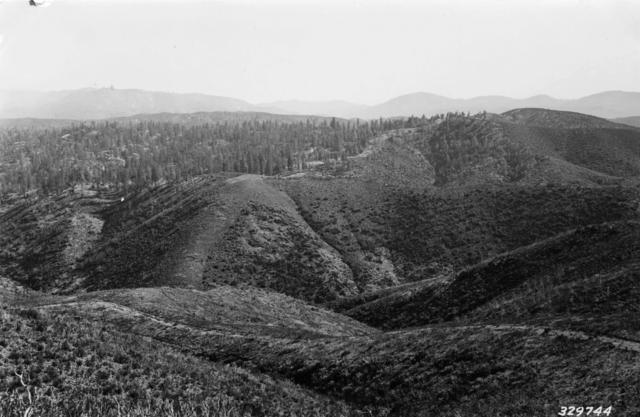 A section of the Ponderosa Way firebreak in 1935.

California once had the world's biggest firebreak, stretching 800 miles from Mount Shasta to Bakersfield. The “Great Wall of California,” as one fire historian called it, was one of the most ambitious projects of the Depression era. If maintained, it might have played a role in protecting communities during California's record-breaking fire seasons. Instead, it was largely reclaimed by nature. A fascinating history 👉 S.F. Chronicle

Earlier this month, San Francisco Unified ordered its principals to start working again at their cavernous, empty schools. The reason, it was explained: to re-learn the routine of showering and getting dressed every morning. “That was extraordinarily offensive,” one assistant principal recalled. “People were un-mic-ing and just yelling.” Mission Local

People trying to escape the pandemic trashed Lake Tahoe over the summer, locals said. Officials had feared the tourist region would take a major hit because of the coronavirus. Instead, vacationers arrived in droves. They brought with them a surge in vandalism, littering, and the number of bears hit by cars. “It got really hostile,” a bear conservationist said. Washington Post 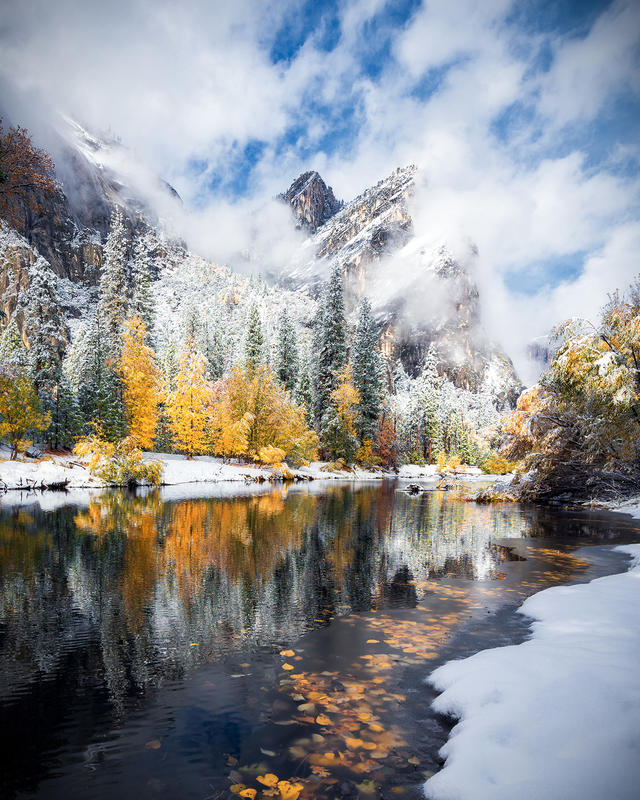 ☝️ Here's what it looks like when fall and winter collide in Yosemite.

The first snowfall of the season arrived early this year, setting up a rare tableau of peak fall colors draped in white. Marcin Zajac, a Bay Area photographer, shared his photo of the park's Three Brothers rock formation, captured about a week ago. 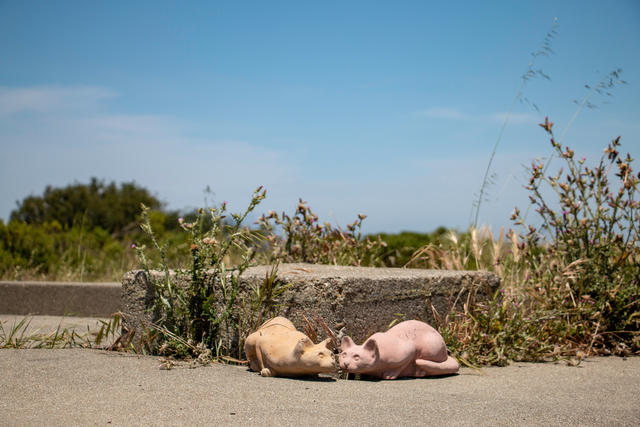 Inanimate cats took up residence at an abandoned missile site in the East Bay.

An abandoned anti-aircraft missile site in the Bay Area hills is home to a group of crouching stone cats.

During the Cold War, dozens of anti-aircraft missile sites were positioned around California's population centers, ready to pick off adversaries at a distance. In time, they were converted for other uses or left to wither. The site in what is now Richmond's Wildcat Canyon Regional Park became a gathering place for guardians of a different sort. How and when the cats got there remains a mystery. Atlas Obscura

Los Angeles County officials are talking about imposing another curfew after a weekend of spiking coronavirus cases. Saturday saw 3,780 new cases, the highest one-day total since the peak of the crisis in mid-July. “I think it makes sense to do everything we can to encourage people not to be out and about, not to be mingling with others,” the county's top health official said. L.A. Times | CBSLA 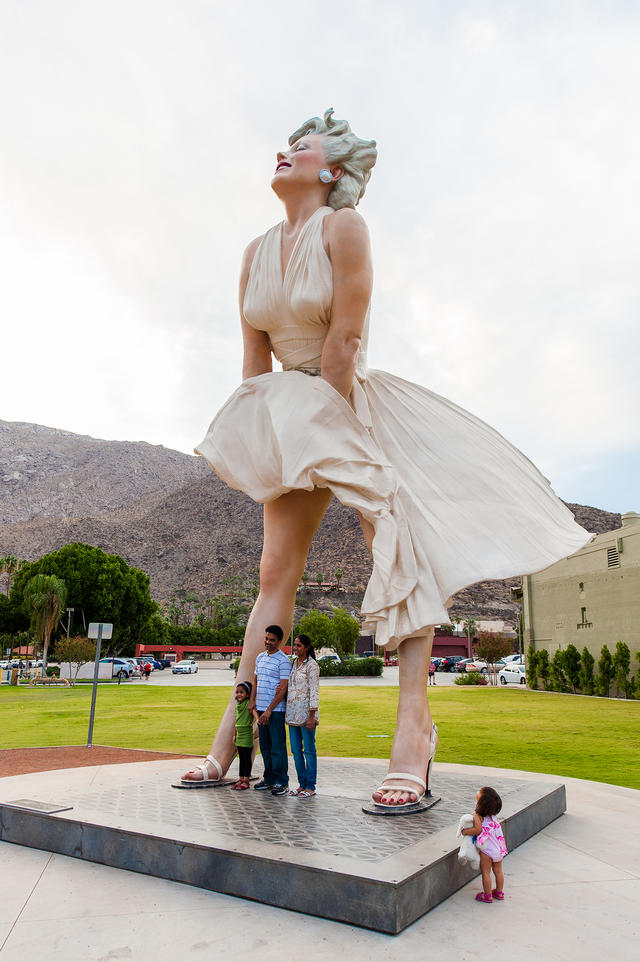 Opinions are divided on "Forever Marilyn" in Palm Springs.

After fierce debate, the Palm Springs City Council approved a plan to bring back a 26-foot-tall statue of Marilyn Monroe with her dress flying up. "Forever Marilyn" was a hit during a two-year stay in the city that began in 2012. But opposition has sharpened from critics who see it as crass. "What message does that send to our young people, our visitors, and community to present a statue that objectifies women, is sexually charged, and disrespectful?" a museum director said. Desert Sun | KESQ 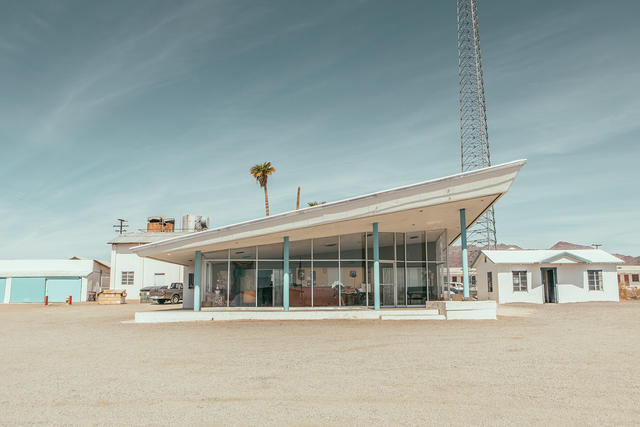 To exist in the Southern California desert is to struggle perpetually against being swallowed by the elements. The photographer Ben Geier took a journey along Route 66 and captured a cinematic series of images of the region's battered trailers, motels, and liquor stores. 👉 Behance | Plain Magazine

... Rashida Holmes is a chef and owner of Bridgetown Roti, a pop-up in downtown Los Angeles.

A. The Madonna Inn in San Luis Obispo. I recently spent a couple days up there with my wife. The drive from L.A. is gorgeous, and the Madonna Inn is really cute and kinda cheesy in all the right ways. Plus downtown SLO has some really nice places to eat with a lot of outdoor seating. I've just discovered this and I can't wait to go back.

What’s your ideal album to have on in the kitchen during service, and why?

My team loves the Mexican classics but for me I can always put on a Beyoncé mix or, oddly enough, anything by Vampire Weekend. Things I like to sing along to.

My favorite Thai spot is Sapp Coffee Shop in Thai Town. But a new favorite is the ice cream place that just opened up on Cesar Chavez in Boyle Heights called La Michoacana. The best paletas — they have over 40 different kinds — and ice cream in the world. Plus you can take home a 12-mix box. It's pretty great.

You’re organizing a dinner party. Which three California figures, dead or alive, do you invite, and what would you want to talk about?

I gotta start with our Vice President-elect Kamala Harris, because she is who I voted for. Kareem Abdul-Jabbar because he is excellence personified and I love his story, and Angela Davis.

What culinary aspects of California are the most striking to you? Is there a particular food culture that you feel is unique to the state?

The access to produce, the variety available, the seasonal ambiguity that the climate provides, all these factors make cooking in California really interesting and crazy fun. It's what has allowed me to open a Bajan pop-up with many of the ingredients you would find in the tropics. I love cooking here.