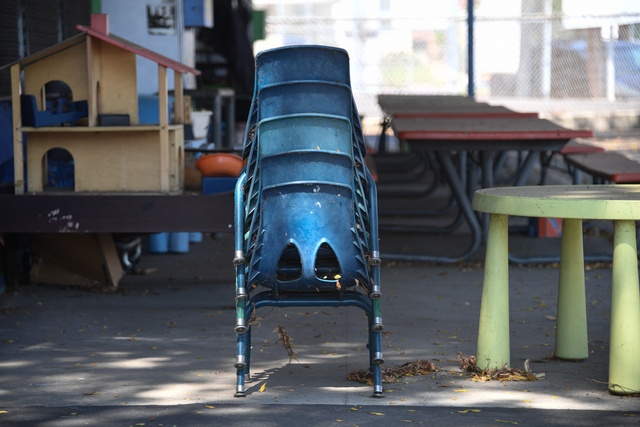 Los Angeles school campuses have been closed since March.

Los Angeles County elementary schools were cleared to fully reopen for the first time in nearly a year, officials announced late Monday. The milestone was reached after the county's average daily Covid-19 cases fell below 25 per 100,000 people. When classrooms reopen now hinges on negotiations between district officials and labor leaders, who have demanded that teachers be vaccinated first. L.A. Times | L.A. Daily News

As classrooms remained closed in San Francisco, the school board spent two hours debating whether a gay dad could volunteer to join a parent advisory group populated by 10 straight moms. He was blocked because he's white and wouldn't bring enough diversity. "Was this an episode of 'Portlandia,' the TV satire about liberalism gone to ludicrous extremes?" wrote the columnist Heather Knight. "No, it was just another Tuesday night at the San Francisco Board of Education." S.F. Chronicle 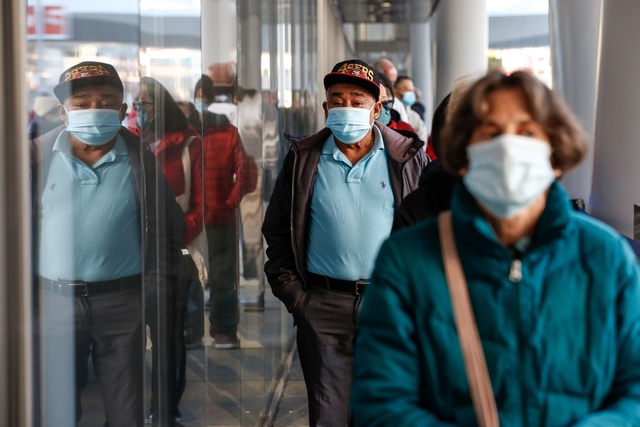 California plans to be able to vaccinate up to 3 million a week by March 1 — more than double its current rate — according to a contract made public Monday. Leading the effort is Blue Shield, which is creating a distribution algorithm with “a focus on equity,” the documents said. The goal will be constrained by supply. Over the last week, California received a little more than 1 million vaccine doses. L.A. Times | S.F. Chronicle

On Jan. 24, when Southern California's intensive care wings were at full capacity, a prominent tech executive, Peter Diamandis, held an indoor, in-person conference in Culver City. Wealthy executives arrived from as far away as Israel, Hawaii, and Vancouver, some paying upwards of $30,000 to attend. After they flew home, at least 20 people had confirmed cases of the coronavirus. MIT Technology Review

The N.Y. Times did a deep dive on Slate Star Codex, a controversial blog that served as a hub of “rational inquiry” into everything from science and medicine to philosophy and politics. It was popular with some of Silicon Valley's top minds, who valued its willingness to push boundaries. But that tendency, critics said, sometimes went too far, allowing extremist views to seep into the influential tech world.

The Times article drew pushback from some writers who felt it misrepresented Slate Star Codex. People need to stop being such babies about everything, wrote Matthew Yglesias. 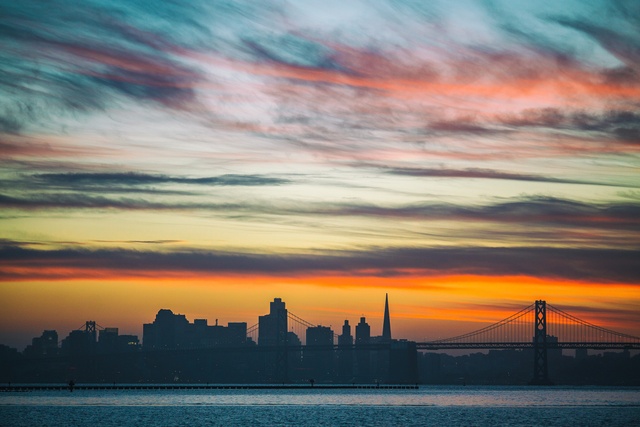 Some in San Francisco are finding it harder to justify the high cost of living.

The S.F. Chronicle started a new feature called "California Exit Interview," where it asks people why they are leaving the state. Kieran Blubaugh, who grew up Indiana, dreamed of living in California. After he landed a job with a San Francisco tech company, life was grand for a time. Then thieves broke into his garage and vandalized his motorcycle. His dog nearly died after eating human feces on a sidewalk. Drug overdoses near his home were common. “We need more police," Blubaugh said. "There’s a general lawlessness that’s just scary.” S.F. Chronicle

To the ears of many Native Americans, the name of a small community in the Central Valley is so offensive they won't even utter it. But a nascent campaign to rename Squaw Valley has stirred intense debate. Opponents say people are being too sensitive. A proponent of renaming, Roman Rain Tree, described how men on horseback used to hurl the "s-word" at his grandmother. “The only difference between her experiences and the experiences of present-day indigenous women in S Valley is that the men drive pickup trucks,” he said. Fresno Bee

Fresno was on the front pages of two national newspapers on Monday.

The LAPD is investigating accusations that its police officers circulated a mock valentine photo of George Floyd with the caption “You take my breath away.” Los Angeles County’s top prosecutor, George Gascón, issued a statement Monday calling for anyone involved to be fired. “Celebrating the murder of a Black man at the hands of police demonstrates a profound absence of humanity,” he said. L.A. Times | A.P. 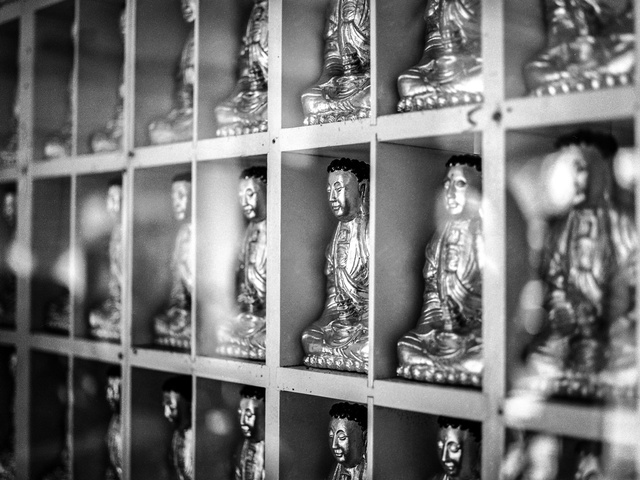 ☝️ At the City of Ten Thousand Buddhas in southern Mendocino County there really are 10,000 sculptures of Buddha lining the prayer hall.

Built on the site of an abandoned state mental hospital in 1976, the Chinese Zen Buddhist community was among the first to be established in the United States. Some locals worried initially that it would invite the sort of cultishness that attended Rev. Jim Jones' Peoples Temple or the Rajneesh movement in Oregon. Instead, it grew into a world-renowned center for Buddhist study, a place of beauty and stillness where peacocks roam the lawns, chants fill the halls, and roads have names like Wisdom Way and Joyous Avenue. Visitors are normally welcome to sessions where they learn to cultivate wisdom in the mind — just as one would cultivate the surrounding gardens.

Below, a few views of the grounds. 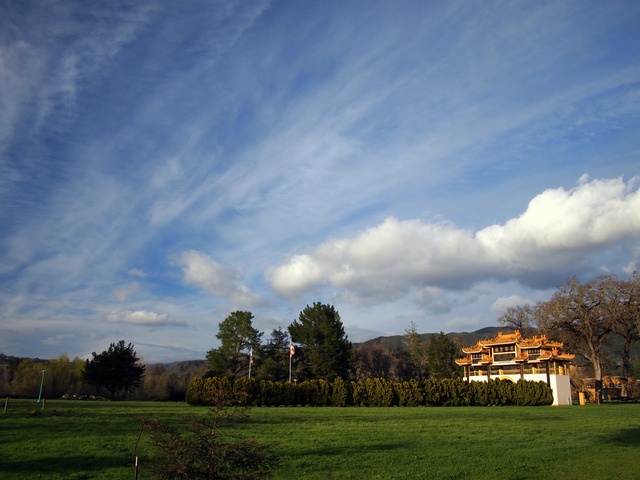 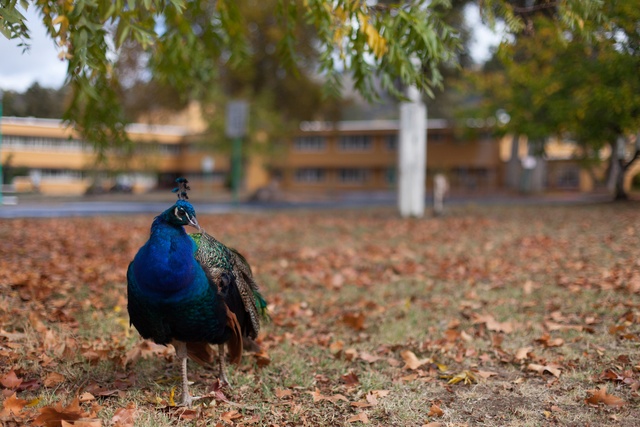 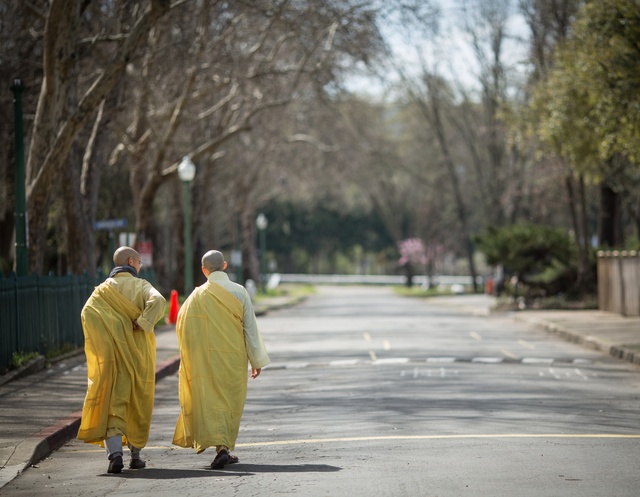 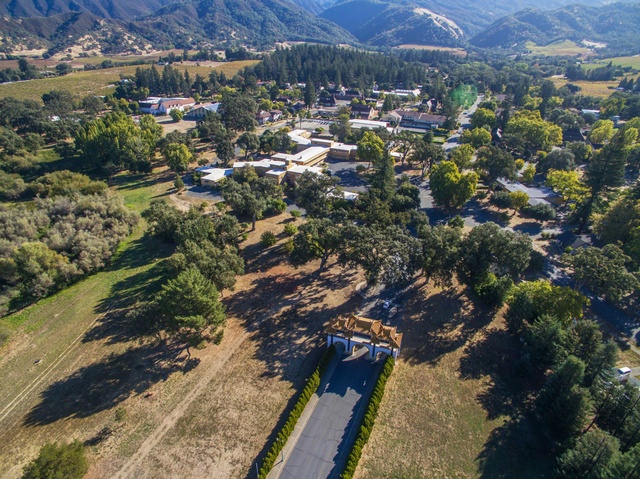 … Nina Katchadourian, a Stanford native, professor at NYU’s Gallatin School, and artist currently in Berlin. Her latest exhibit at the Catharine Clark Gallery in San Francisco ends on February 20.

A. As someone who grew up in Northern California but then also lived in Southern California, I must split my allegiances to answer this question: 1) the natural hot springs at Esalen, in Big Sur, and 2) the Ocotillo Patch in Joshua Tree National Park.

Because of my current exhibition, focused on the true account of a shipwreck in the 1973 book "Survive the Savage Sea," I've been reading a LOT of true accounts of shipwrecks, most often written by the castaways themselves. From my summer reading list, it's hard to pick amongst “Adrift” (an account of 76 days adrift), “66 Days Adrift,” “117 Days Adrift,” “Sole Survivor” (the story of Poon Lim, 133 days adrift), and then the mind-boggling “438 Days” — but I'll go with the last, which just won't leave my mind.

What’s a hidden food gem in your California hometown?

Mediterranean Wraps in Palo Alto: They have the most incredibly fluffy falafel and amazing, properly smoky baba ganoush, and the guys there call my 88-year-old dad "habibi" ("darling" in Arabic) so I couldn't love the place more.

Mike Watt, George Hurley, and D. Boon, because I love the Minutemen, and I never got to see them live. I would order really good Chinese food and beer and get the conversation started by saying, "Hey, can we sing an acapella version of 'The Glory of Man’?"

Are there any aspects of your work that you can trace directly to growing up in California, or are there indirect influences from the area?

I shot part of a film called “The Recarcassing Ceremony” (2016) at Pescadero beach, south of Half Moon Bay. That stretch of coast is somewhere we'd take excursions as a family, and it's where my brother (now a pro windsurfer) learned to windsurf in waves. There is something about being in that landscape that clears all the dust from my head.