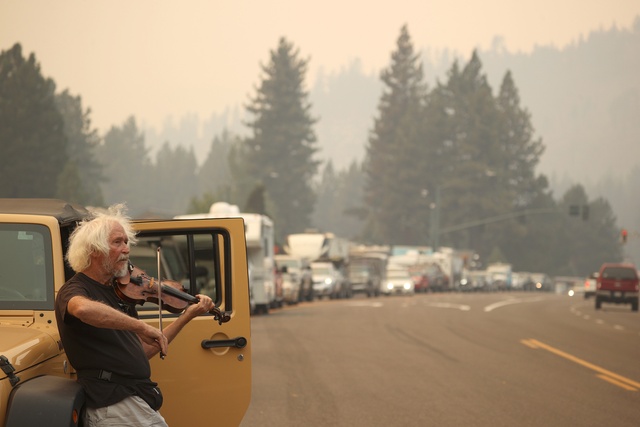 The rush out of South Lake Tahoe turned Highway 50 into a parking lot on Monday.

The Caldor fire was churning down the slopes toward the Tahoe basin in the predawn hours Tuesday. A day earlier, emergency officials ordered all of South Lake Tahoe to evacuate, triggering massive gridlock on Highway 50 as vehicles loaded with as much as they could carry filed out of town. Residents hoped the granite cliffs that descend to the basin would save their resort community, but fire experts warned of a nightmare scenario in which sailing embers set off a disastrous “urban conflagration.” Tuesday called for more dry, gusty winds. Mercury News | A.P. | Sacramento Bee 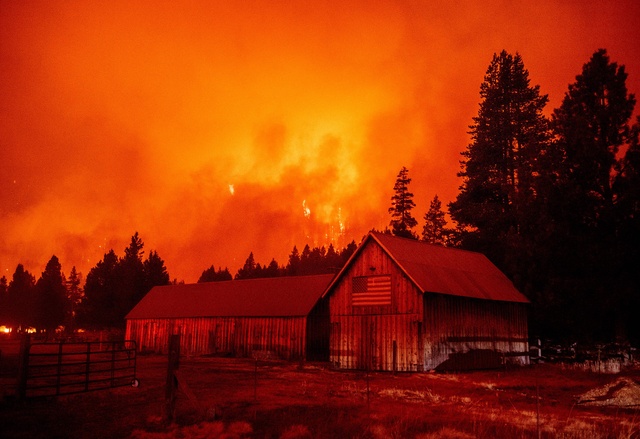 Flames ripped across a hillside as the Caldor fire pushed toward South Lake Tahoe on Monday.

Last week, Democratic state lawmakers shelved one bill that would have legalized psychedelics and another that would have allowed composting of the dead as an alternative to burial or cremation. CalMatters offered an explanation for why: Legislators wanted to spare Gov. Gavin Newsom the liability of having to weigh in on measures opposed by law enforcement and the Catholic Church, even if they were popular with Democrats.

Lawmakers also dropped a proposal that would have required proof of coronavirus vaccination to enter many indoor businesses and compelled every California worker to get inoculated or submit to regular testing. With the legislative session wrapping up, the idea is now dead for 2021. It had faced questions about cost and enforcement. But, perhaps crucially, like psychedelics and human composting, the controversial plan posed a recall risk for Newsom. L.A. Times | Sacramento Bee 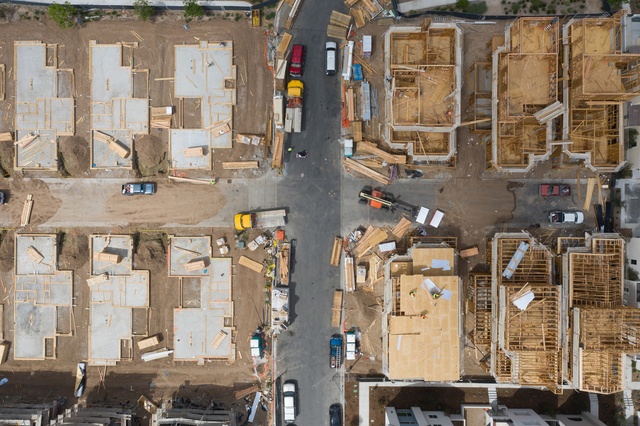 Single-family homes under construction in Irvine on April 14.

This month California regulators adopted what energy experts are calling one of the most sweeping single environmental updates to building codes ever attempted by a government agency. Starting on Jan. 1, 2023, new homes and commercial buildings will have to have solar panels and battery storage. One expected consequence: California's already expensive homes will become more so, with ripple effects for prices of everything from office rents to the price of milk. N.Y. Times 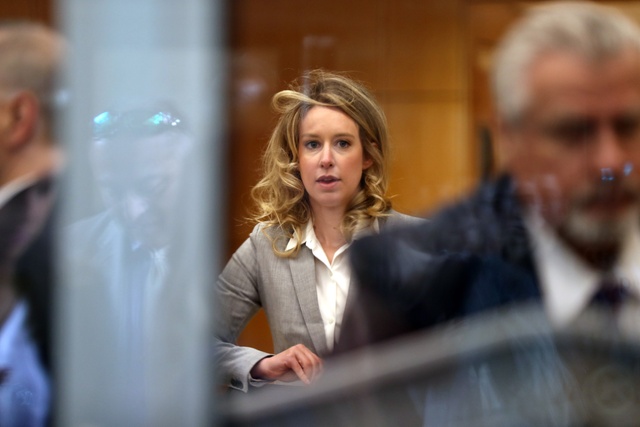 After four years of delays, Elizabeth Holmes, the founder of Theranos, is finally set to stand trial today in San Jose. Holmes has been accused of fraud after the collapse of her once high-flying blood testing company in what became a parable of Silicon Valley’s “fake it till you make it” culture. Newly revealed legal filings have hinted at a possible defense strategy. In them, she accuses her former business and romantic partner of psychological and sexual abuse. N.Y. Times | The Guardian

In an open letter, dozens of Mendocino County doctors pleaded with residents to get vaccinated:

"Every day, we take care of more and more patients who are sick with Covid-19. The great majority of hospitalized patients are unvaccinated. Our emergency departments are overflowing. Our hospitals are full. Our ICUs are full. We struggle to find hospital beds even for the patients who are coming to the emergency department with strokes, heart attacks, or appendicitis." Press Democrat | @MendocinoDocs

A Brazilian bull rider was fatally stomped by a bull during a competition in Fresno on Sunday, event organizers said. Amadeu Campos Silva, 22, was thrown off a bull about five seconds into a ride and suffered chest injuries. Cody Lambert, a tour official, witnessed the fall: “When he came off, his spur got tangled up and it turned him upside down right under the bull’s back leg," he said. “It’s just a really freak, tragic accident." USA Today | Bleacher Report

Carrying just two bags, Sayed Omer Sadat, who worked for the U.S. military in Afghanistan, arrived in Los Angeles in July to begin a new life with his wife and three daughters, ages 6, 9, and 11. One of the girls wants to be a makeup artist; another, a doctor. The same day a bomb tore through people in Kabul, they started school. When told the girls were lucky to have him, Sadat corrected a reporter: “I’m lucky that I have them.” A beautifully done piece on a father's gift to his daughters. 👉 L.A. Times

Karl Doron, 45, holds a doctorate in psychological and brain sciences. He's held academic posts at Dartmouth, UC San Diego, and UC Santa Barbara, producing more than a dozen journal articles on such matters as "Transcranial magnetic stimulation as a complementary treatment for aphasia." Another of his vocations: armed bank robber. On Monday, Doron pleaded guilty to a string of holdups across San Diego County in 2018 and 2019. S.D. Union-Tribune | City News Service 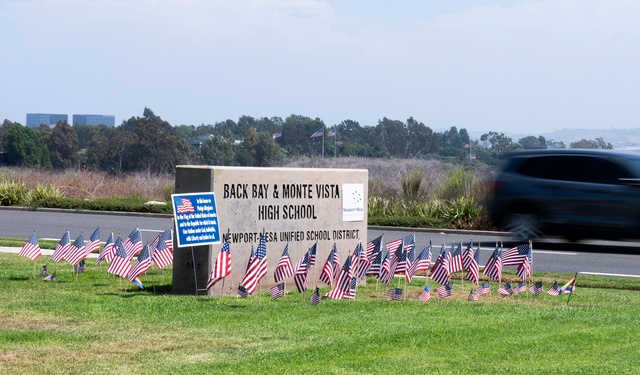 U.S. flags and a few pride flags were placed on the lawn at Back Bay High School in Costa Mesa on Monday.

A Costa Mesa teacher who joked in a viral video about removing an American flag from her classroom and inviting students to pledge allegiance to a pride flag is no longer teaching the class, a district spokeswoman said. In the video, the teacher explained that the U.S. flag made her "uncomfortable." As outrage spread, dozens of American flags appeared on the lawn in front of the school. O.C. Register | CBSLA

Josh Newman, a longboarder based in Los Angeles, puts his body on the line in terrifying downhill rides. His YouTube videos have earned the 21-year-old a massive online following, numerous sponsorships, and, occasionally, broken bones. Here's Newman and some friends flying down gorgeous mountain roads in Northern California. 👉 YouTube (~13 mins)