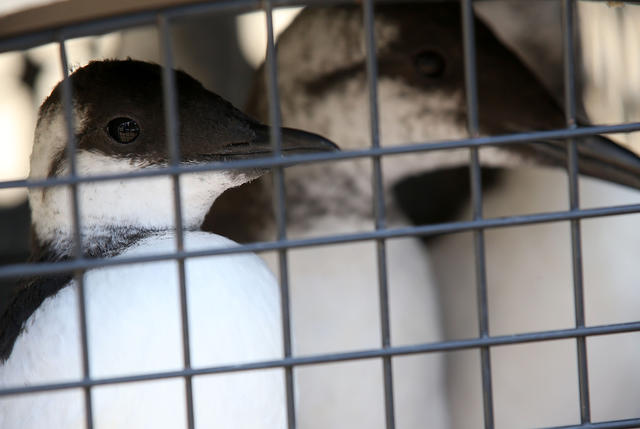 Rehabilitated common murres waited to be released into the San Francisco Bay in 2015.

In 2015 and 2016, emaciated seabirds washed up on Pacific beaches from Alaska to California in what researchers believe was the largest seabird die-off recorded in the world's oceans. As many as 1 million common murres died. Researchers now think they've identified the culprit: a colossal mass of warm ocean water, dubbed the "blob," whose effects reverberated throughout the food web. Mother Jones | A.P.

In the last 10 years, California's tax credits to Hollywood have more than tripled, from $100 million to $330 million a year. Defenders of the giveaway say it pays for itself by keeping productions in California. But analysts say there's simply no proof of that. "Time after time," one public policy expert said, "studies show that tax incentives for the entertainment industry do not pay off." CalMatters 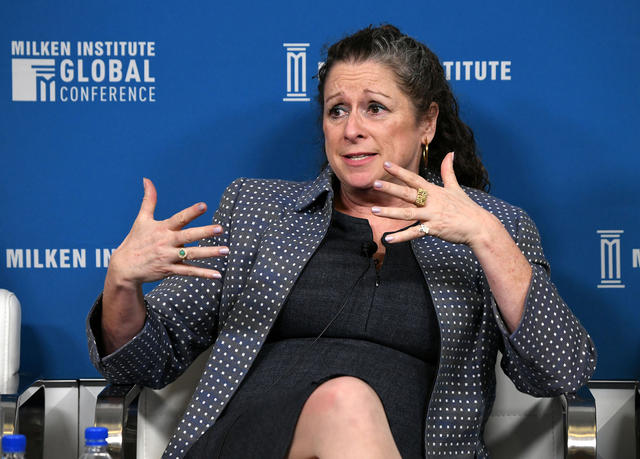 California is considering raising taxes on companies with highly paid executives. The bigger the pay gap between top executives and workers, the bigger the tax increase would be. Abigail Disney, granddaughter of Roy Disney, testified in favor of the bill. "At the happiest place on earth, they are paid so poorly that they rely on food banks, sleep in cars, or live so close to the bone that even a small problem could send them into a death spiral," she said. A.P. | CNN

California has restarted its biggest water project in decades, an underground tunnel that would pump billions of gallons of water from the Sacramento-San Joaquin River Delta to cities and farms to the south. The project aims to avoid the controversy and funding shortfalls that doomed former Gov. Jerry Brown's vision of a pair of tunnels. S.F. Chronicle | A.P. 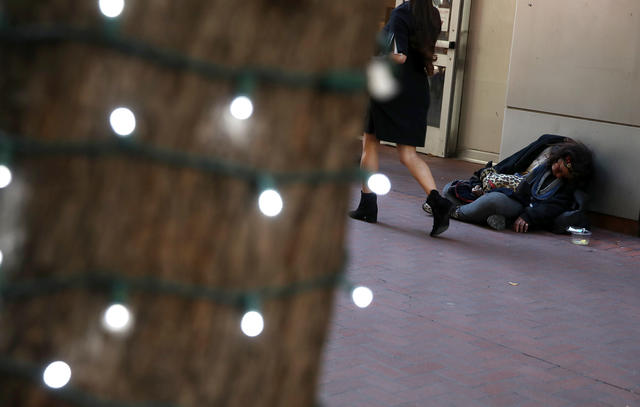 A homeless woman slept on the sidewalk in San Francisco.

Thousands of bankers are in San Francisco for the JPMorgan Healthcare Conference. They're staying in $2,000-a-night hotels, attending lavish parties — and complaining vigorously about the homeless. "San Francisco," one attendee said, "is the Bill Clinton of cities." The idea of wealthy business travelers complaining about street poverty drew ridicule on Twitter. "Real crisis: Homelessness," wrote the Chronicle's Peter Hartlaub. "Not a crisis: Wealthy people not wanting to come to conventions because of the homelessness." Bloomberg

A 68-year-old woman who was missing for six days was found in her vehicle, which was buried in snow northeast of Chico. She was alive. Paula Beth James, who suffers from dementia, was last seen at her home in Oroville on Jan. 9. A helicopter was lucky to spot her Toyota 4Runner, a rescue official said. "It really is a needle in a haystack." KCRA | KHSL 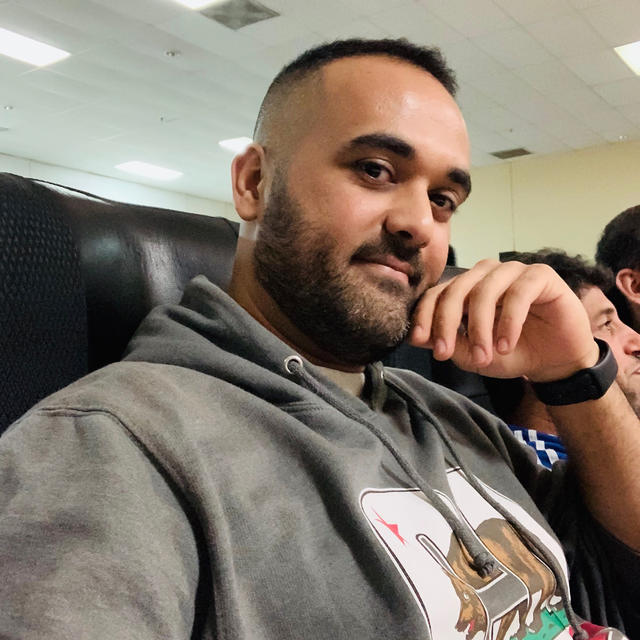 Nawres Hamid was a naturalized U.S. citizen who served as an Arabic interpreter.

The Sacramento region is home to about 75,000 Muslims, including many Iraqis and Afghans who fled wars. Nawres Hamid, a naturalized citizen who grew up in Iraq, was one of them. It was his death in a rocket attack in Iraq, where he was working as a translator for the American military, that touched off a chain of events that brought Iran and the U.S. close to war. N.Y. Times

Mountain lions are solitary animals. So it was a rare treat when a home surveillance system captured video of five of the big cats roaming at the edge of the El Dorado National Forest. "We shared the videos and photos with several of our wildlife biologists and none of them could recall ever seeing five mountain lions together in the same photo or video," a wildlife official said. KTXL | A.P. 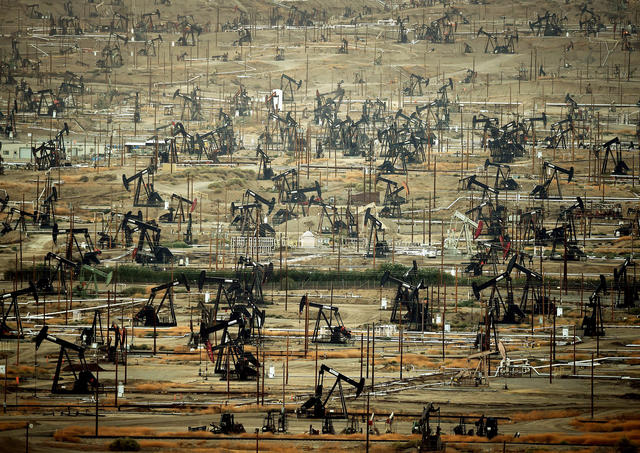 State officials were in Bakersfield on Tuesday for a public meeting about how they plan to reach ambitious climate goals without ruining the economy of California's oil capital. Roughly 1,100 people, some wearing "Make Oil Great Again" hats, gathered at the Kern County Administrative Center in what was said to be a record crowd. "We need to send them the message that 'Hey, we're here. And we're not going anywhere,'" one oil worker said. Bakersfield Californian

Newly disclosed emails revealed that U.S.C. was courting Lori Loughlin and her husband for donations, even as the couple was conspiring, prosecutors say, to bribe their daughter's way into the school. Loughlin and her husband, Mossimo Giannulli, have floated the idea that they believed their $500,000 payment to a college consultant would go toward legitimate donations to U.S.C. N.Y. Times | L.A. Times

Passenger planes generally need to be lighter on landing than on takeoff. Burning fuel serves that purpose, but sometimes planes are forced to dump fuel. Experts have been baffled, however, as to why a Delta jet pilot felt compelled to do so over a heavily populated area of Los Angeles County on Tuesday. "It's a pretty outrageous thing," a retired United Airlines pilot said. "They should have gone over the ocean or landed heavyweight." A.P. | L.A. Times 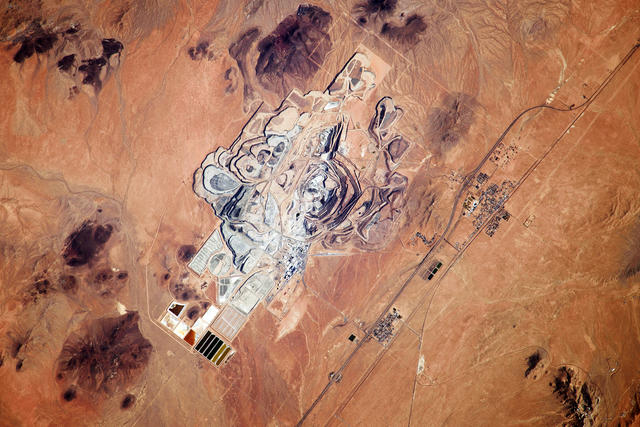 An aerial view of the Rio Tinto Boron Mine and the town of Boron that sprouted next to it.

Pictured below are scenes from a tiny town on the western edge of the Mojave Desert that owes its existence to a single chemical element. In 1925, prospectors in the scorching hinterlands found one of the planet's richest deposits of boron, used in detergents and other products. Soon after, people flocked to the town, which they duly renamed Boron. Generations of families have since worked for the Rio Tinto Boron Mine, the largest open-pit mine in California, supplying nearly half of the world's borates.

The Borax Visitor Center, opened in Boron in 1997, claims to be one of the best-kept secrets of the Southern California desert, with everything you ever wanted to know about boron. It's weirdly engrossing, wrote Atlas Obscura. "The enthusiasm for their product is infectious." Atlas Obscura 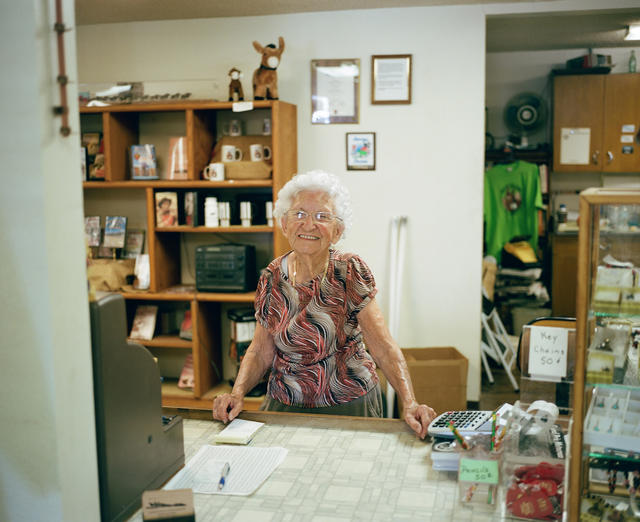 Barbara Pratt, one-time director of the Twenty Mule Team Museum, a shrine to all things boron. 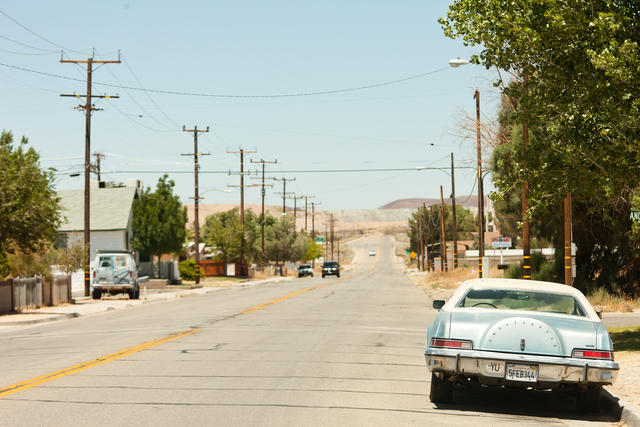 Boron Avenue leads to the mine. 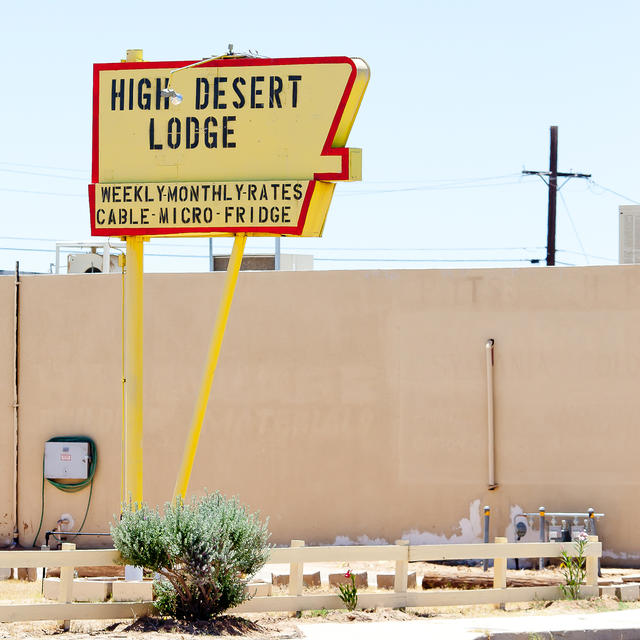 The High Desert Lodge in Boron.

Patrons at the K & L Corral in Boron.