A CalMatters analysis found that roughly a quarter of University of California lecturers don't return each year, an unusually high rate of turnover. Labor leaders think they know why: It's cheaper to maintain a revolving door of lecturers than to grant the pay raises and job stability that come with seniority. Asked repeatedly for comment, the UC declined to respond. 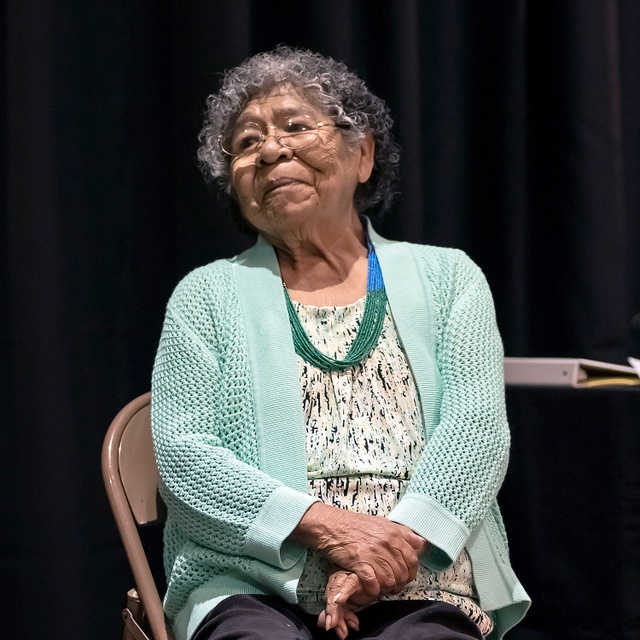 The last fluent speaker of Wukchumni is gone.

For many years, Marie Wilcox was a guardian of the Indigenous language once commonly spoken in Central California. In the 1990s, she began writing down words as she remembered them and didn't stop for two decades, ultimately producing a complete compendium of Wukchumni. On Sept. 25, Wilcox died at a hospital in Visalia. She was 87. N.Y. Times

“It’ll just be gone one of these days.” Wilcox was featured in an acclaimed short documentary in 2014. 👉 YouTube (~9 mins)

Anxiety over California's water crisis is so acute it's fueling a market for consumer air-to-water systems that sell for up to $200,000. The units work like air conditioners, using coils to chill air, then collect water drops in a basin. A hydrologist said they may be a fine idea for individual homeowners but they are no solution to the state's droughts. “We really actually need to curb climate warming to really make a difference again,” she said. A.P. 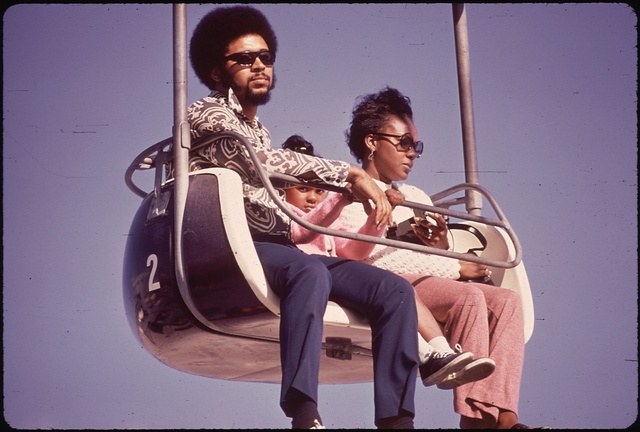 Ruth Schwartz, 59, is a former AIDS activist and Bernie Sanders supporter. So her latest identity has been an uneasy fit: landlord advocate. It's been more than a year since Schwartz has received rent from a tenant in her Oakland home. She filed an eviction suit, but the state's eviction moratorium stalled it court. “This is the best place in the world to be who I am, and I love that there are such strong tenants’ rights,” she said. “Except in a situation like this.” S.F. Chronicle

Students at an elementary school on the outskirts of Fresno are discouraged from walking to school. It hasn't been safe since so many warehouses sprouted along neighboring streets, bringing a stream of semi trucks, the principal explained. The columnist Marek Warszawski said the school's plight is an illustration of the relationship between urban planning and inequality. "Would Fresno planners surround a school on the north side of town with warehouses and distribution centers?" he wrote. "Of course not." Fresno Bee 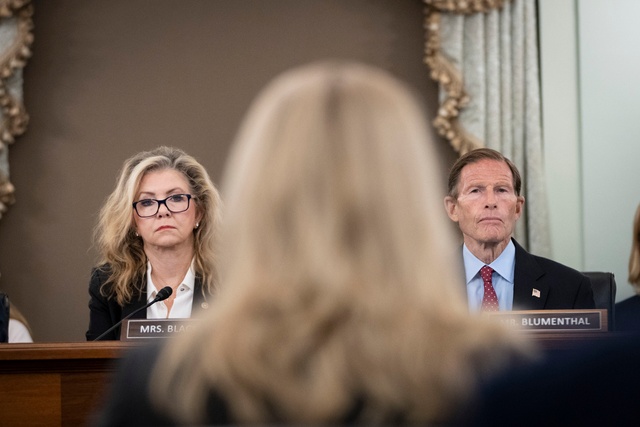 Lawmakers think Silicon Valley is about to face its “Big Tobacco moment.” Revelations brought to light by a Facebook whistleblower have led both political parties to unite behind sweeping proposals targeting social media companies, after years of stalled attempts. “This time feels distinctly different,” Sen. Richard Blumenthal said. “The public has been engaged and outraged in a very different way.” Washington Post

Forecasters said the Sierra Nevada would likely get its first significant snowfall of the season Thursday and Friday as an early winter storm sweeps into the region. Highway officials planned to close three mountain passes between Lake Tahoe and Yosemite as a precaution. Areas hit by wildfire and smoke had their fingers crossed for some relief. A.P. | SFGate.com

The U.S. Coast Guard investigated a vessel in Oakland on Wednesday in connection with the pipeline oil spill off Orange County. Global positioning data showed that a German vessel called the Rotterdam Express was anchored near the vicinity of the spill last Friday and later headed north. A final determination on the cause of the disaster could take months, but investigators appear to be zeroing in on a ship anchor as a likely cause. L.A. Times | A.P. 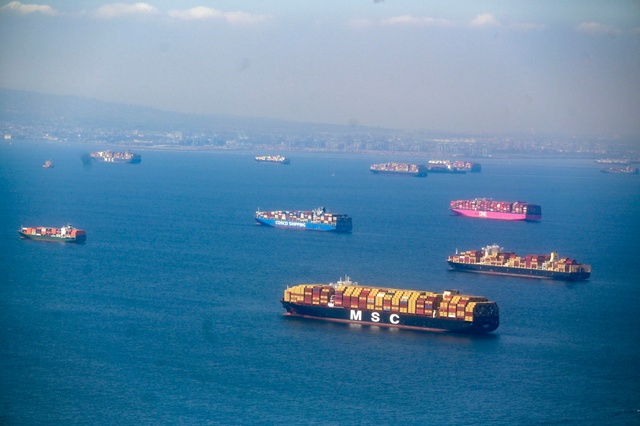 Container ships sat offshore near the ports of Los Angeles and Long Beach on Wednesday.

The ecological crisis from the pipeline spill has cast a harsh light on the combination of oil production and global shipping in the same coastal area. Unprecedented gridlock at the ports of Los Angeles and Long Beach this year has forced ships to drop massive anchors near oil platforms and undersea oil lines. "The more ships you have at anchor, the more risk there is that something could happen," one expert said. L.A. Times | Bloomberg

Los Angeles on Wednesday approved one of the nation’s strictest vaccine mandates, requiring proof of inoculation for everyone entering a range of indoor venues, including bars, restaurants, nail salons, gyms, or even a Lakers game. Mayor Eric Garcetti said the ordinance would save lives. Critics called it discriminatory and unenforceable. It takes effect Nov. 4. L.A. Times | LAist 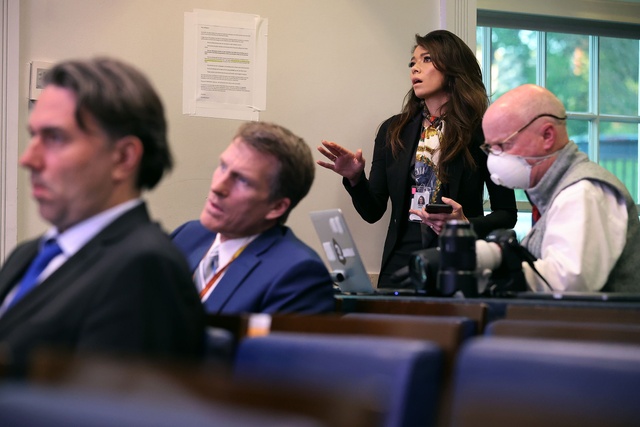 Chanel Rion, an OAN correspondent, asked a question during a briefing at the White House.

A Reuters investigation revealed that AT&T played a role in creating and funding One America News, the far-right conspiracy outlet based in San Diego. Robert Herring, the OAN founder and chief executive, testified that he created the network in 2013 at the suggestion of executives at AT&T, which subsequently provided tens of millions of dollars in revenue. “They told us they wanted a conservative network. … When they said that, I jumped to it and built one,” he said.