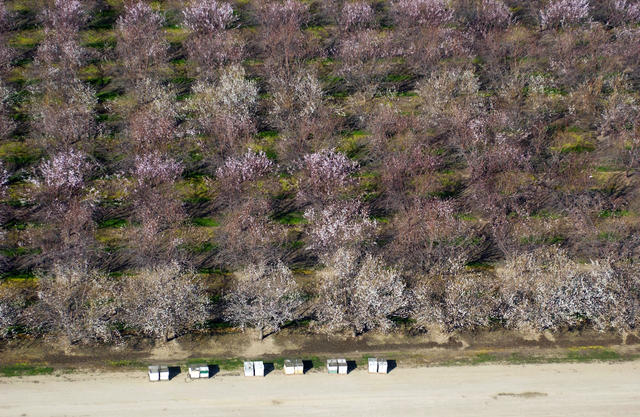 Beehives at an almond orchard in Kern County.

Beehive rentals are big business in California, where vast almond orchards rely on the insects to fertilize their flowers. But scientists say a toxic soup of chemicals in the Central Valley is contributing to a massive bee die-off. "It's like sending the bees to war," a scientist said. "Many don't come back." The Guardian

As mental illness has become more visible on California's streets, state lawmakers have warmed to a controversial solution: Forced treatment. But mental health advocates say a shortage of services means many people would have nowhere to go. "The easiest legislative fix is to expand conservatorship," one analyst said. "It then will appear that the Legislature is trying to do something. But as is often the case with social problems, the wound is so much deeper than that. And the wound will require a lot of money." CALmatters

Longform.org, which recommends nonfiction writing from around the web, ranked its favorite stories from 2019. Among those that got nods: 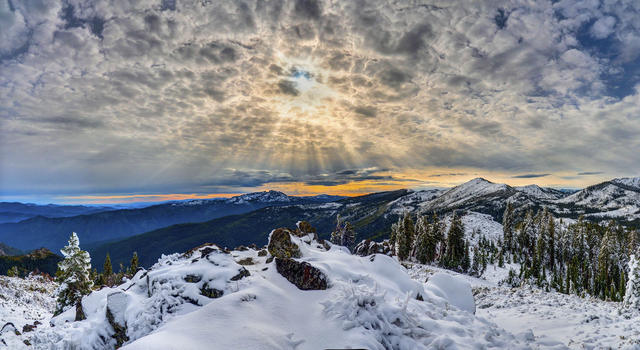 The view from atop Castle Peak in the Marble Mountain Wilderness.

"I believe it is important to drive a couple of times a year to a land far away where cell phones don't work, hike to a destination where there are more bears than people, with a payoff that seems to put the world in order."

That's a pro tip from California chronicler of the outdoors Tom Stienstra. One option: The Marble Mountain Wilderness, pictured above, a natural paradise set deep within Northern California's Klamath Mountains. Experienced hikers say its scenery rivals that of the Sierra Nevada — and with far fewer visitors. SFgate.com | Outdoor Project 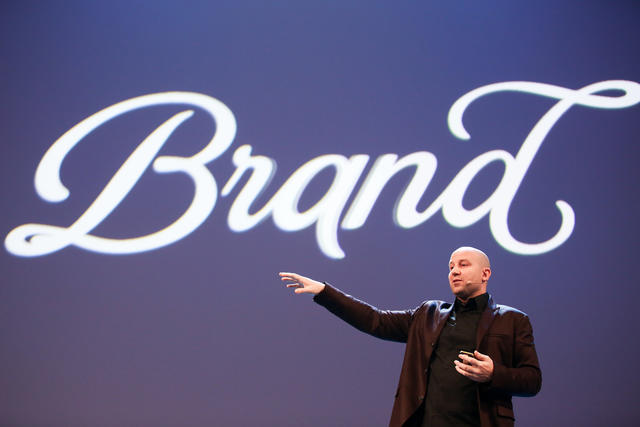 Andrew Bosworth, a longtime Facebook executive, said in an internal post that, as a liberal, he "desperately" wanted to use the social network's platform to tilt the scales against Donald Trump, but that the company had a moral duty not to do so. He said keeping Facebook's policies in place "very well may lead to" Trump's reelection, but that it was the right decision. N.Y. Times | Washington Post

Some California lawmakers are expressing support for a group of homeless mothers who illegally moved into a vacant home in Oakland. On Tuesday, a news conference on legislation to boost housing was drowned out by supporters of the squatters, who chanted "Hey hey, ho ho, luxury housing has got to go." State Sen. Nancy Skinner of Berkeley thanked the group. "It was totally legitimate for those homeless moms to take over that house," she said. A.P. | East Bay Times

Chesa Boudin, a son of Weather Underground radicals, is to be sworn in as San Francisco's district attorney on Wednesday. Boudin is part of a wave of new progressive prosecutors across the country, and analysts say liberal San Francisco may offer some of the best odds for putting his platform into place. One reform: Creating a wrongful conviction unit. S.F. Chronicle | KQED 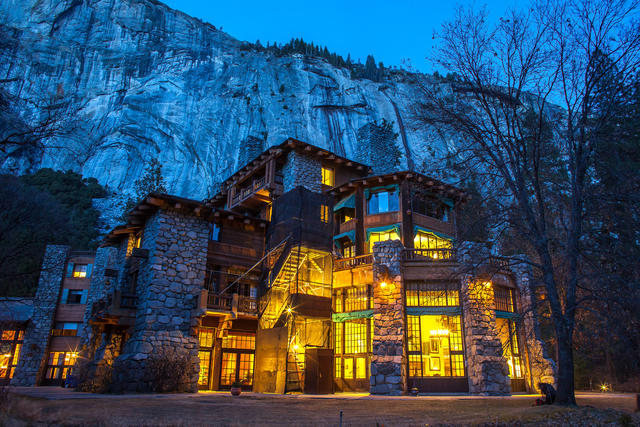 The Ahwahnee Hotel opened in Yosemite Valley in 1927.

Rep. Duncan Hunter, the Alpine Republican who pleaded guilty to misusing campaign funds, submitted his letter of resignation to Speaker Nancy Pelosi. The departure ends a dynasty in which he and his father represented the San Diego County district for nearly 30 years. Hunter will be sentenced in March. He faces up to five years in prison. Politico | S.D. Union-Tribune 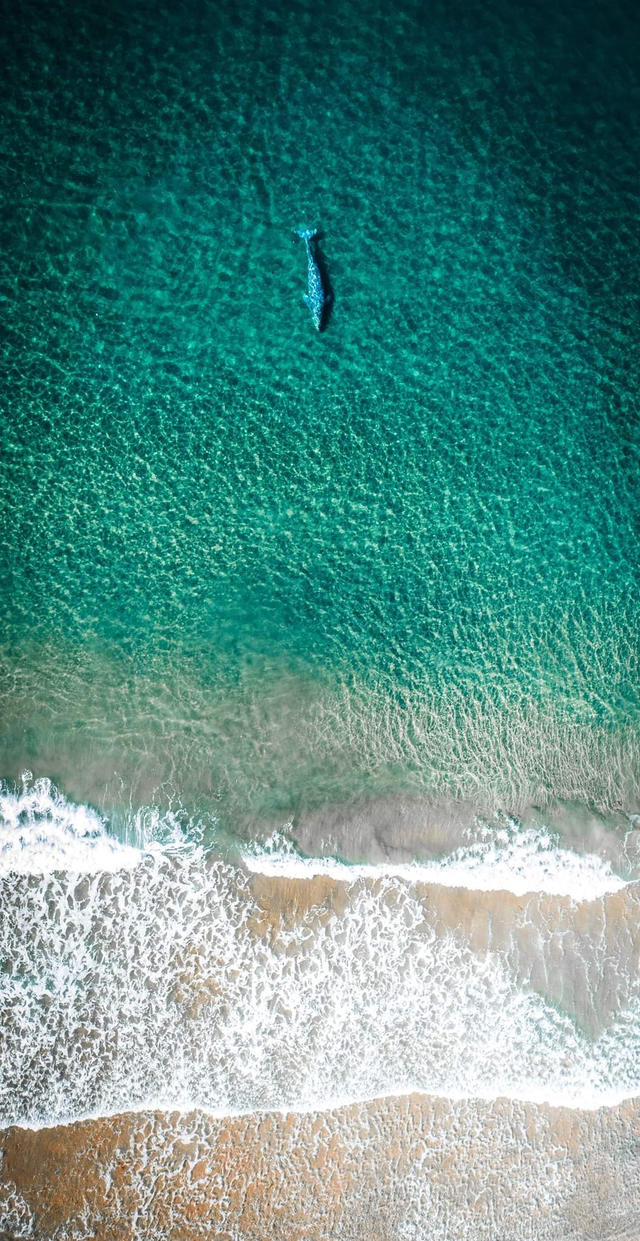 Trystan Snodgrass, a San Diego photographer, shared this fantastic photo captured Sunday of a young gray whale in La Jolla. The gray whale is one of the animal kingdom's greatest migrators. Found only in the Pacific Ocean, they travel roughly 10,000 miles roundtrip between their summer feeding grounds off Alaska and their winter birthing grounds off Baja California, often giving Californians a show as they hug the coastline. NBC 7 | Marine Mammal Center

Here are more photos and video.

Yelp named a San Diego food truck as the country's best place to eat in 2020 based on ratings by users of the website. Shawarma Guys, started last year by a former cellphone salesman, was awarded five stars in nearly all of its roughly 500 customer reviews. A favorite dish: ultra-tender Australian Wagyu beef shawarma. Yelp | S.D. Union-Tribune 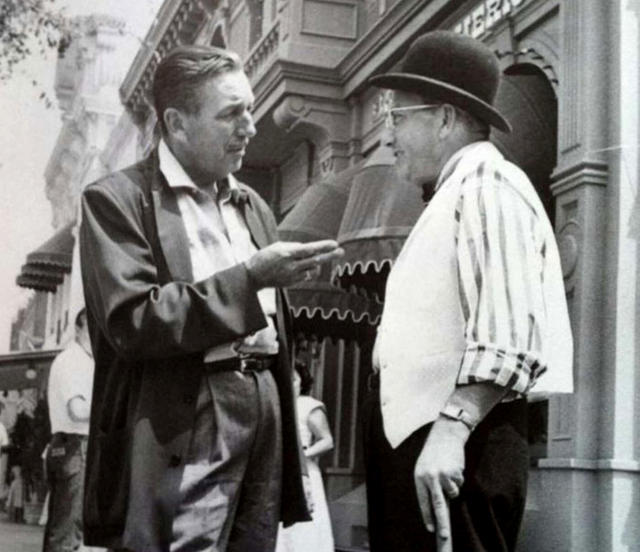 Fun fact: Disney used to airbrush cigarettes from pictures of Walt Disney, who was a heavy smoker and died from lung cancer. The images contributed to a perception that he commonly pointed with two fingers. Perhaps not coincidentally, cast members at the theme park have long been trained to use "the Disney point," using two fingers when giving directions. The official reason is to avoid offending international visitors who regard pointing with one finger as rude. Other accounts point to its origins as a murky tribute. PetaPixel | HuffPost