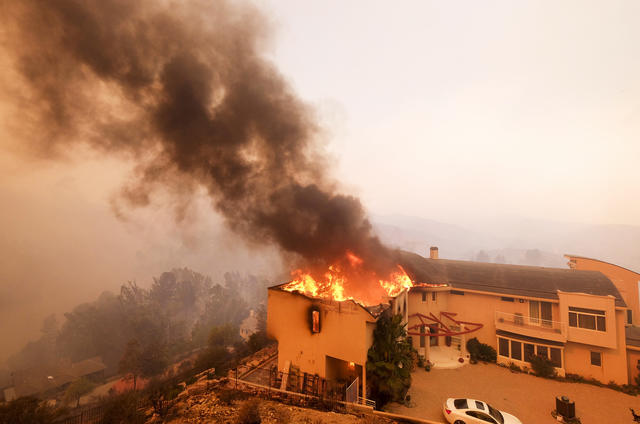 A Malibu home went up in flames last Friday.

Mike Davis's essay "The Case for Letting Malibu Burn" has aged better than the criticism of it. The author argued that building opulent homes on a mountainside prone to wildfires was not just folly, it has drained public resources from the inner city.

L.A. Times columnist Gustavo Arellano reached out to Davis, now professor emeritus at U.C. Riverside, after the latest round of fiery destruction.

"I'm infamous for suggesting that the broader public should not have to pay a cent to protect or rebuild mansions on sites that will inevitably burn every 20 or 25 years," Davis said. "My opinion hasn’t changed."

Read Arellano's column at the Times. See a live fire map, and how to help fire victims.

So far in 2018, fires in California have scorched more than 2,100 square miles, an area five times larger than the average of past years. In an impassioned Twitter thread, Daniel Swain, a climate scientist, noted the crucial role of unusually low autumn precipitation in driving the colossal Camp fire, an outcome predicted by climate change. 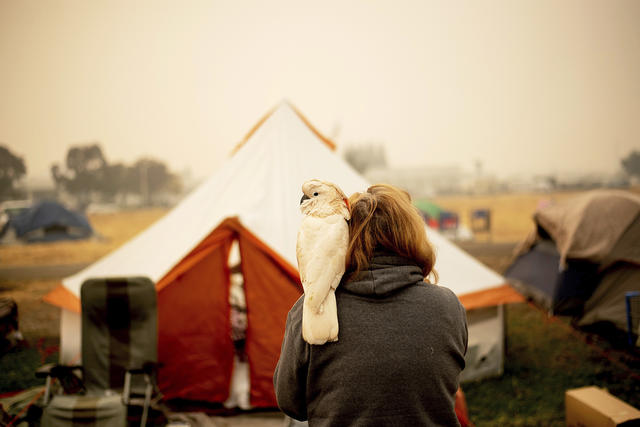 Suzanne Kaksonen, a fire evacuee, and her cockatoo Buddy at a makeshift shelter outside a Walmart in Chico on Wednesday.

Butte County is facing a humanitarian crisis with thousands of fire refugees suddenly flung into homelessness. Many are living in shelters or the parking lot of a Walmart in Chico. "Big picture, we have 6,000, possibly 7,000 households who have been displaced and who realistically don't stand a chance of finding housing again in Butte County," a housing official said. 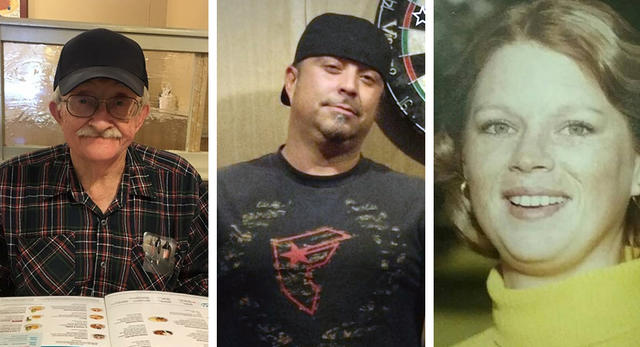 The death toll from the fires ravaging California has risen to at least 59, with many more people unaccounted for. The L.A. Times has been collecting stories about the victims. They included a rock ’n’ roll musician, an elderly couple that took in foster children, and a soft-spoken Air Force veteran.

PG&E has lost nearly half of its value since last week. If found liable in the Camp fire — the deadliest and most destructive wildfire in California’s history — the utility has warned it doesn't have nearly enough insurance coverage. That could leave customers on the hook. On Tuesday, residents of Paradise sued the utility, accusing it of negligence. 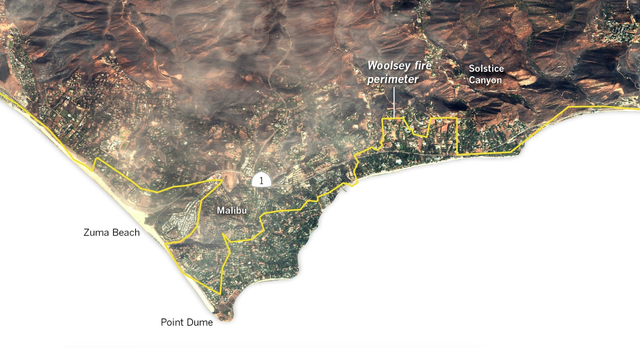 A screengrab from latimes.com shows the Woolsey fire perimeter.

Here are perhaps the clearest maps depicting the ruins of the Woolsey Fire, one of the largest fires to ever hit Los Angeles County. New satellite imagery shows the massive burn scar across nearly 150 square miles, from Bell Canyon to the Pacific Ocean. 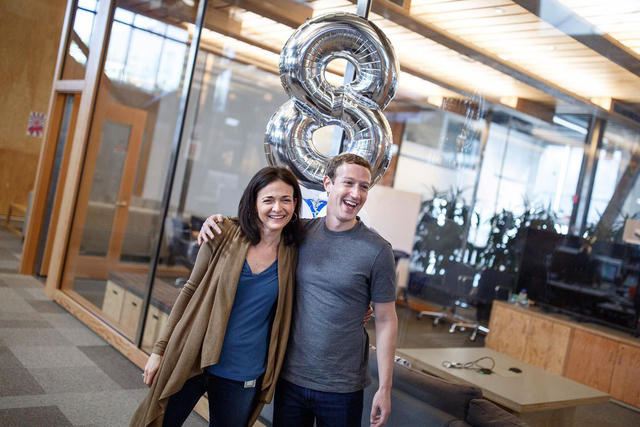 A bombshell report by the N.Y. Times revealed how Facebook leaders Mark Zuckerberg and Sheryl Sandberg responded to Russian misinformation and abusive content with delays, denials, and a lobbying campaign in Washington. Among the takeaways: 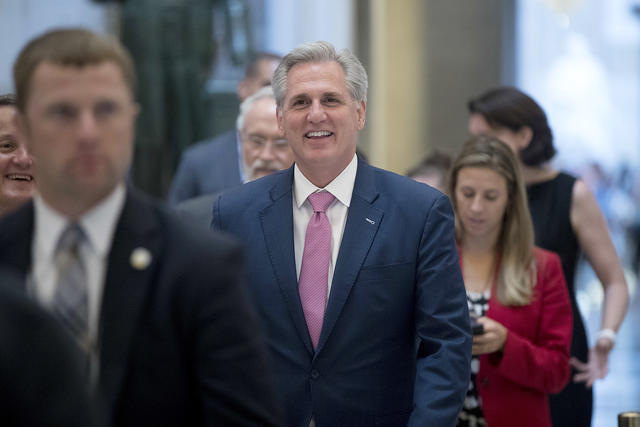 Rep. Kevin McCarthy, a Trump ally from Bakersfield, easily defeated conservative firebrand Rep. Jim Jordan in his quest to become House minority leader. In his first remarks, he offered no hint of a conciliatory approach to working with Democratic leaders. "I know they want to abolish ICE," he said. "I know they want to impeach the president. I just don’t think that’s the agenda Americans want." 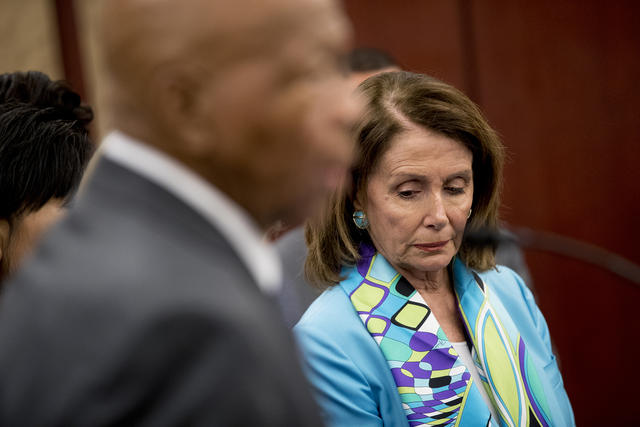 A group of restive Democrats vowed to produce enough votes to block Rep. Nancy Pelosi's bid for House speaker. At least 17 Democrats have joined a bloc opposing the San Francisco liberal. Asked about the challenge, Pelosi dared them to put forward an alternative. "Come on in," she said. "The water's warm."

Outgoing Gov. Jerry Brown is leaving a parting gift to his successor: a fat surplus. The Legislative Analyst’s Office on Wednesday released a gushing analysis of the state's budget. "It is difficult to overstate how good the budget's condition is today," it said. "By historical standards, this surplus is extraordinary." 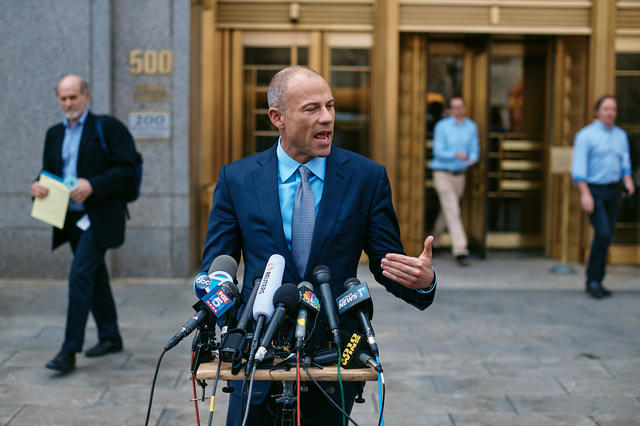 Michael Avenatti rose to prominence as a critic of President Trump.

A Los Angeles County man was accused of intentionally driving off a pier, killing his two severely autistic sons to collect the insurance money. The authorities said Ali Elmezayen plotted for two years, spending about a quarter of his $24,000 salary to insure himself and his family for $6 million. The deadly plunge happened 12 days after the policy took effect. 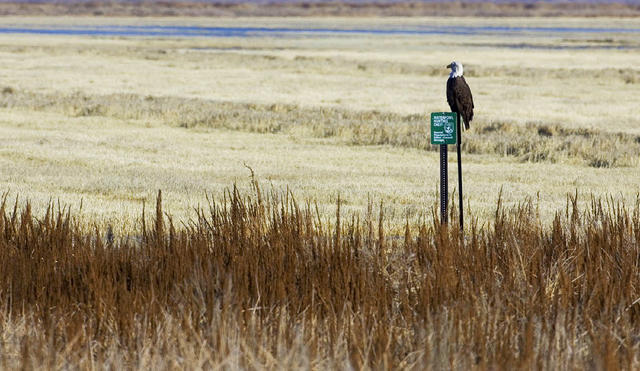 The Klamath Basin along California's border with Oregon hosts the largest concentration of wintering bald eagles in the lower 48 states. Hundreds of the majestic raptors — sporting wingspans as broad as eight feet — migrate from points north into California in search of food. They usually start showing up in November. 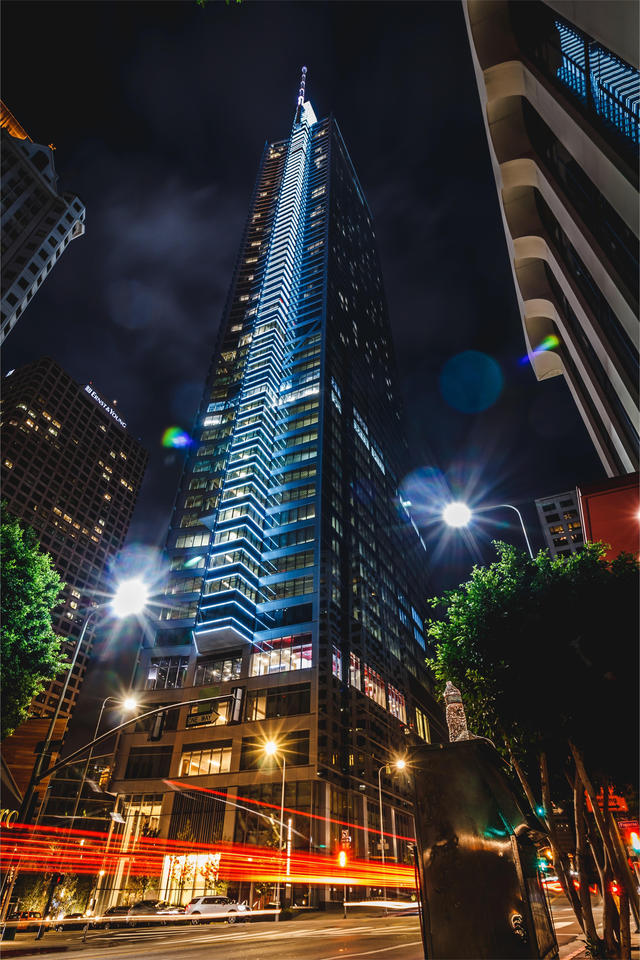 The Wilshire Grand opened in the summer of last year.

This is the Wilshire Grand in downtown Los Angeles, hailed as the tallest building west of the Mississippi. Some quibble with the claim given that the tower only eked above 1,100 feet with the addition of a decorative sail and spire. Not in dispute is the distinction held by the top occupiable floor: It includes the highest open-air lounge in the Western Hemisphere — and by most accounts it's absolutely gorgeous. 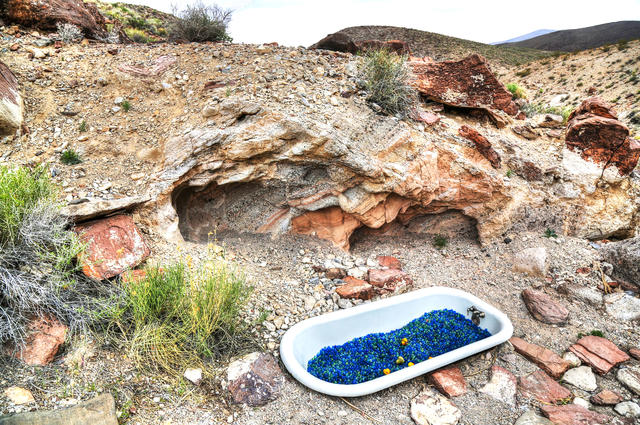 Call it a cartographic prank. Tucked behind a rock in Death Valley is an unlikely bath tub, installed in the dirt and filled with bright blue marbles. Some old maps gave the wrong location for a spot known as Marble Bath, a set of shallow depressions near the Last Chance Mountains that fill with rainwater. In the early 1990s, someone thought it would be funny to put the cast iron bathtub at the bogus location. And there it's remained ever since.