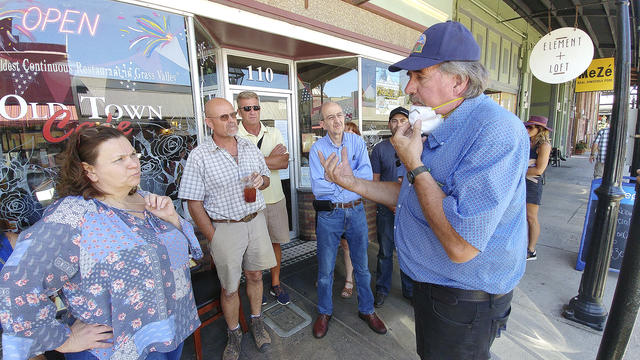 Rep. Doug LaMalfa spoke to people upset with the shutdown in Grass Valley on Tuesday.

Republican legislators from Northern California lashed out at Gov. Gavin Newsom's latest lockdown order. In a statement, the lawmakers — including Rep. Doug LaMalfa — said small businesses were being forced to shoulder an unfair burden. "Main Street is struggling for its very life," they wrote, "while Lowe’s and Home Depot are packed with people and having record years." Record Searchlight

Redding deli owner who is defying the shutdown owner: "This is my first episode of civil disobedience in my entire life." KRCR

Sacramento County is among the few counties that breaks out its data on the ages of coronavirus patients by decade. The cohort with the most new infections? People in their 20s. The second largest number is among those in their 30s. Health officials blame parties and graduations. Sacramento Bee

Los Angeles County on Tuesday reported its highest single-day counts of Covid-19 cases (4,244) and hospitalizations (2,103) since the pandemic hit. Los Angeles Mayor Eric Garcetti warned that the city was near the verge of shutting down further. “It is up to all of us that we don’t,” he said. L.A. Times | Deadline 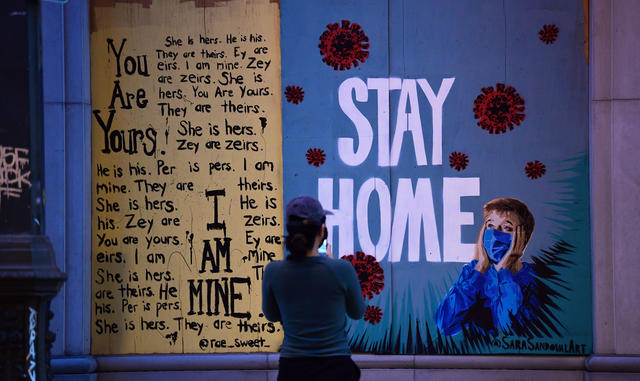 Lack of human contact is taking a toll on everyone.

A crisis center in Alameda County reported a 15% surge in calls. “People are one-by-one hitting their limits at different times. They have different capacities for dealing with the unknown,” said the center's executive director. “As this crisis is prolonged, people who were fine in March or April are starting to feel the stress add up.” Mercury News

Tens of thousands of international students in California no longer have to worry about being deported if their colleges are closed to classroom instruction this fall. Bowing to pressure from universities, Silicon Valley, and 20 states, the Trump administration abruptly reversed a policy that would have forced the students to leave the U.S. if their schools held online-only classes. EdSource | N.Y. Times 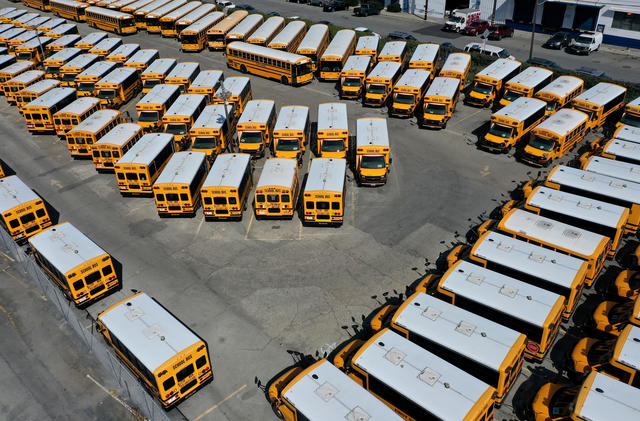 School reopening plans are taking shape around the state. A few snapshots: 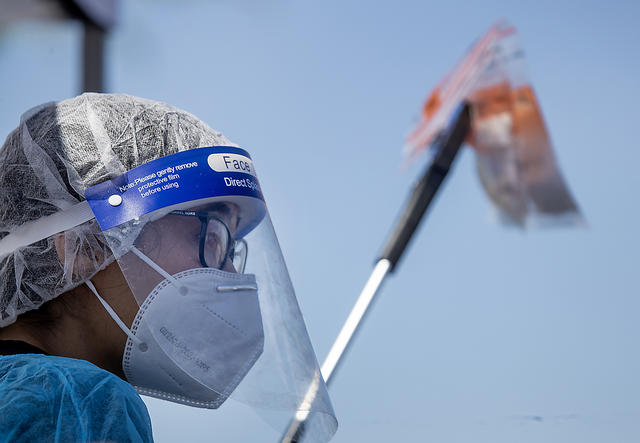 A health care specialist retrieved a completed test from a patient in Irvine on Monday.

California has sued Cisco, accusing it of discriminating against an engineer who emigrated from India and was from a low caste, or Dalit, background. Caste prejudice within Silicon Valley's Indian diaspora is a widespread reality, an Indian journalist argued in a column. To "come out" as Dalit, she wrote, is to risk ruining one's career in an industry filled with higher-caste Indians. N.Y. Times 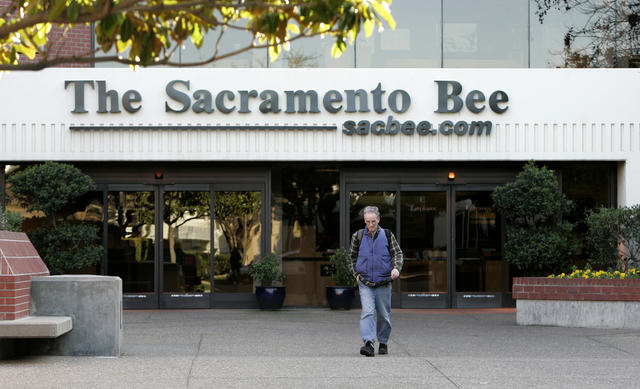 The Sacramento Bee is among five California newspapers published by McClatchy.

McClatchy is now being taken over by a hedge fund whose publishing assets include the National Enquirer. Founded in Sacramento in 1857, the newspaper chain that owns five California newspapers, including the Sacramento Bee, has been decimated by declining advertising and readership. Washington Post

On Tuesday, California's attorney general restricted law enforcement's access to the suspected gang member database known as CalGang after three officers were accused of falsifying records. It was hailed as a partial victory by critics who have long argued that CalGang fosters racial profiling. They want to see it shelved altogether. L.A. Times | A.P.

A feral peacock is dividing the residents of a neighborhood in Oakland. At issue is the iridescent bird's predawn ritual: "For the past 15 weeks or so he has screamed relentlessly, every day,” explained a resident who was so sleep-deprived she changed bedrooms in her home. Others have rallied around the bird as something of a neighborhood mascot. SFGate.com 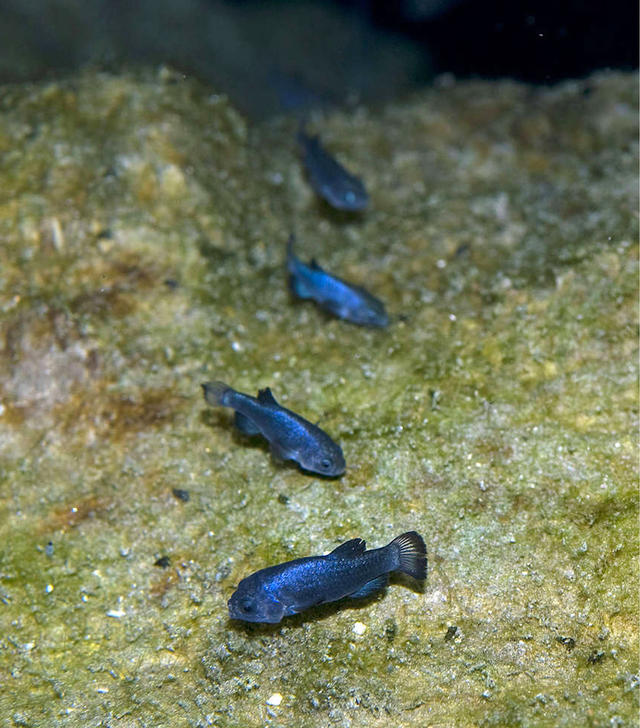 The Devils Hole pupfish is one of the world's rarest fishes.

Death Valley, the hottest and driest place in America, sits atop a sprawling system of underground water.

In many places, it burbles toward the surface in support of oases and strange, watery cradles of life like Devils Hole, a deep limestone cavern just over the Nevada border that's home to perhaps the world's rarest fish. The Devils Hole pupfish has existed in a hellishly hot geothermal spring there — and only there — since the last Ice Age.

The luminous blue fish was among the first to be protected under the Endangered Species Act in 1967. Yet generations later, its survival remains tenuous. The pupfish population hovered in the 200-300 range for decades, then plummeted to a low of 35 in 2013.

Scientists have linked its struggle at least in part to human disruption of an exquisitely calibrated ecosystem, making the fish something of a canary in a coal mine for climate change. 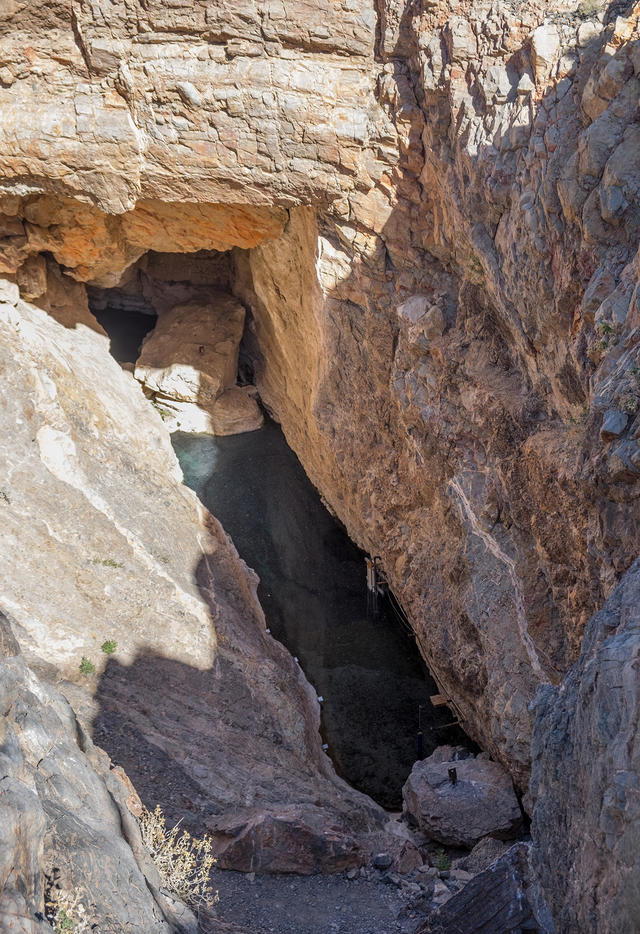 A view inside Devils Hole.

As a last resort, the government created a 110,000-gallon replica of Devils Hole at a nearby facility where they have nurtured a “lifeboat population” of pupfish that could be used to replenish the wild population if needed. The project has consumed millions of dollars and years of attention from a team of federal biologists, prompting some people to ask: Why go to such lengths to rescue a tiny fish in the middle of the desert?

One answer from pupfish supporters was articulated in a N.Y. Times opinion by the nature writer Richard Conniff. Wildlife should be useless in the same way that art is useless, he wrote.

"They are useless in the sense that they do nothing more than raise our spirits, make us laugh or cry, frighten, disturb and delight us. They connect us not just to what’s weird, different, other, but to a world where we humans do not matter nearly as much as we like to think.

And that should be enough."