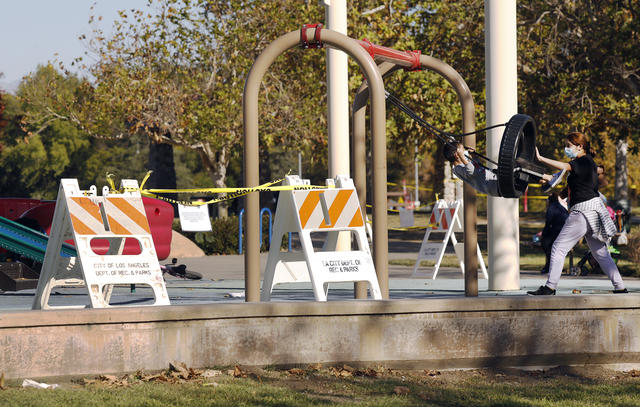 All but a large part of Northern California and much of the Bay Area had imposed harsh new lockdown orders across the state as of early Monday, as available ICU capacity dropped to critically low levels. That means no outdoor dining, drastically limited retail, and roughly 33 million Californians barred from gathering with people outside their households through the Christmas holiday. NPR | L.A. Times

Restrictions are triggered when ICU capacity falls below 15%. The latest figures:

"This is the greatest threat to life in Los Angeles that we have ever faced."
— Mayor Eric Garcetti

California on Sunday reported a record number of new daily coronavirus cases for the third consecutive day, as infections topped 30,000. According to an analysis by the Chronicle, nearly one in 10 Californians tested in the last week got a positive result, the highest rate of the pandemic. S.F. Chronicle | A.P.

Infections are rampaging through California. But most other states are faring even worse. Mother Jones | Mercury News

A video by a Sherman Oaks restaurant owner expressing frustration over the closure of outdoor dining went viral over the weekend. In the video, Angela Marsden showed how a film crew's outdoor dining area was allowed to operate across from her grill, even as she was forced to shut down. "Everything I own is being taken away from me," she said through tears, "and they set up a movie company right next to my outdoor patio." CBSLA | CNN

UCSF infectious disease expert on restaurants that use masks, distancing, ventilation, and hand hygiene: “There is no evidence that I can find anywhere in the world that outdoor dining with those four procedures in play increases the risk of Covid-19." 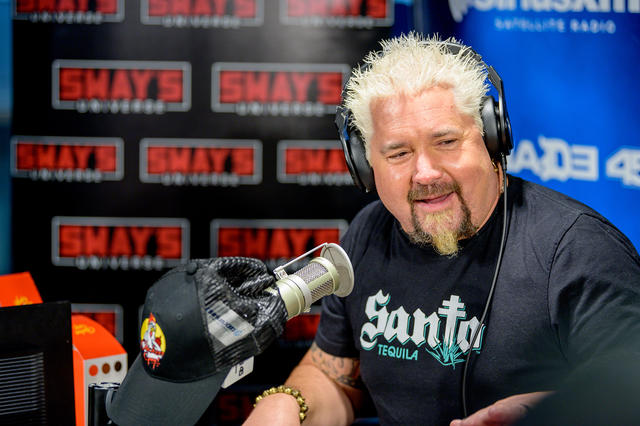 Guy Fieri is by all accounts a good dude.

Flashback: "Can something please explain to me what the hell Guy Fieri ever did to anyone?" This comedian has the best take on Fieri. 👉 YouTube (~4:15 mins) 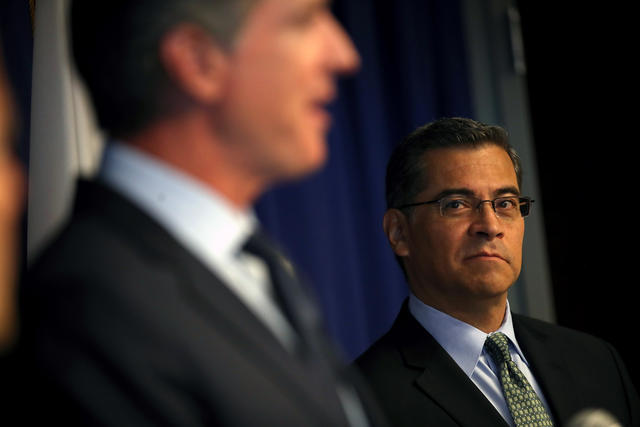 California Attorney General Xavier Becerra is President-elect Joe Biden's choice to lead Health and Human Services, reports said. A surprise pick, Becerra has been a defender of the Affordable Care Act and a relentless activist in court, suing the Trump administration more than 100 times. If confirmed, he would be the first Latino to run the department, which faces a surging pandemic. N.Y. Times | Washington Post

With Becerra headed out the door, Newsom now has the chance to fill three high-profile statewide offices that would shape California's power structure for years: U.S. senator, attorney general, and secretary of state. He's expected to name Secretary of State Alex Padilla to fill the Senate seat vacated by Vice President-elect Kamala Harris. In that case, he'll get to select the replacement for Padilla. Politico 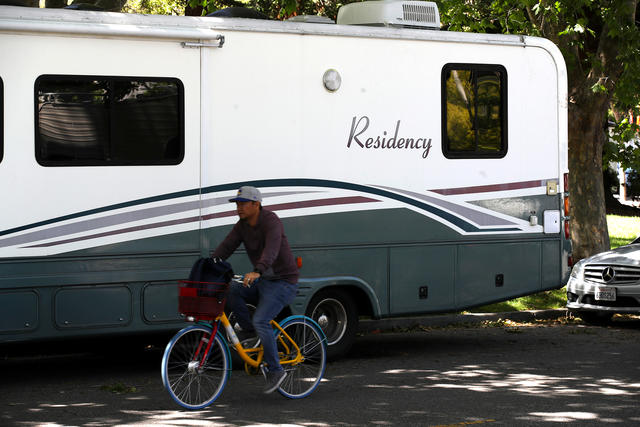 A Google employee rode by an RV parked in Mountain View last year.

In a bitterly contentious vote in November, residents of Mountain View approved a measure to prohibit RV dwellers from parking on narrow streets. Now the city is planning to post 2,600 no-parking signs throughout the city that hosts Google. Total cost: nearly $1 million. Reacting to the story, a housing activist tweeted, "The Bay Area is a deeply hypocritical, cruel, and performative place." Daily Post

Harlan Kelly was ousted from a $390,000-a-year job as San Francisco's utilities chief and now faces 20 years in prison on bribery charges. According to court documents, all he has to show for it is a vacation to China, a $418.95 purchase from a jewelry store, and some discounted work on his home. A San Francisco Chronicle columnist asked the question: Why risk so much for so little? Short answer: "Because pay-to-play politics is sadly how it’s always been done here." 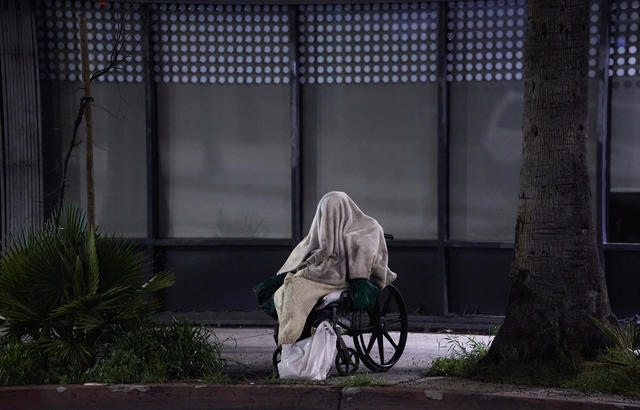 A homeless person in Los Angeles was featured in the Associated Press collection.

For a reminder of just how tumultuous 2020 has been, the Associated Press curated a series of its photographers' most powerful images. Scenes from California include a memorial to Kobe Bryant, a woman embracing her dying husband at a Fullerton hospital, and elderly nursing home residents fleeing a wildfire in Santa Rosa. A.P. 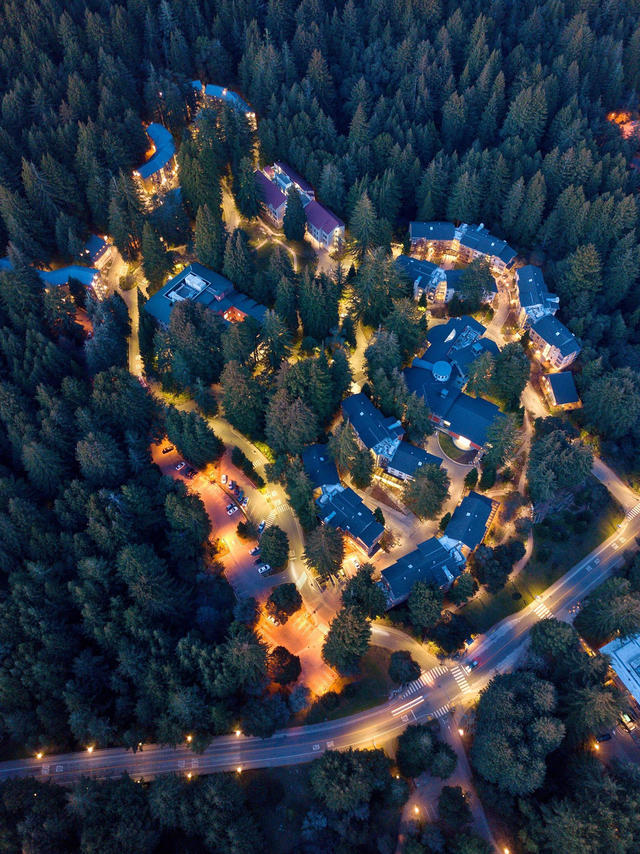 ☝️ Here's what you get when college is nestled in a redwood forest.

UC Santa Cruz spreads out along the base of the lush Santa Cruz Mountains, with open meadows that offer sweeping views of the Pacific. Forbes magazine once impaneled a group of architects to rank the world's most beautiful university campuses. Included alongside Oxford and the University of Bologna was Santa Cruz. 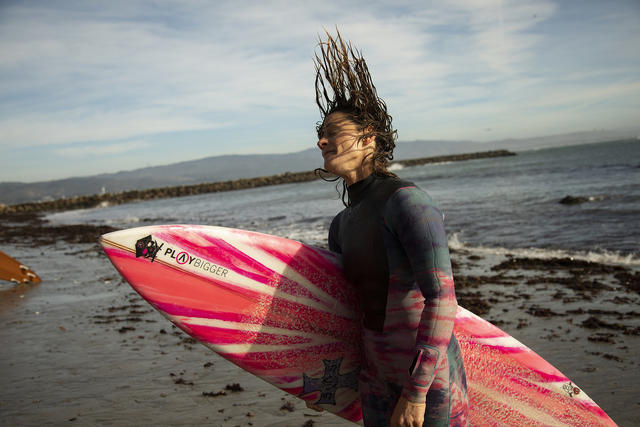 Bianca Valenti shook the water from her hair at Mavericks Beach in Half Moon Bay.

... Bianca Valenti, a big-wave surfer, environmental activist, and the cofounder of the Committee for Equity in Women’s Surfing.

A. Toluma Farms in Tomales. It's pretty magical in spring when it's green and baby goats and lambs are running around. Not to mention a bad-ass team of women farmers and cheesemakers making insane cheese! I also love the fact that they are dedicated to carbon-positive farming practices. And a great beach to surf or take your dog nearby at Dillon if you don't mind sharing the water with great white sharks who have lived there since long before humans.

What’s the last great film or TV series you watched?

“Crutch” is one of the most amazing documentary stories I've ever seen. Bill Shannon is an insane athlete and performer. The movie makes you wonder if he needs the crutches, as well as about how people perceive someone with an invisible disability. It is very deeply thought-provoking.

Valenti & Co Ristorante Vinobar! In San Anselmo. My father is from Italy and he's the best chef in the world — and no, I'm not biased. He really is!

What's your favorite spot in California to surf?

Mavericks in Half Moon Bay — the Mount Everest of Big Wave surf spots.

Who's an up-and-coming California surfer to pay attention to?

Izzi Gomez from San Clemente. She's a hard worker with a positive attitude and dedicated to learning and growing. Also a very strong and brave athlete and all-around nice human.