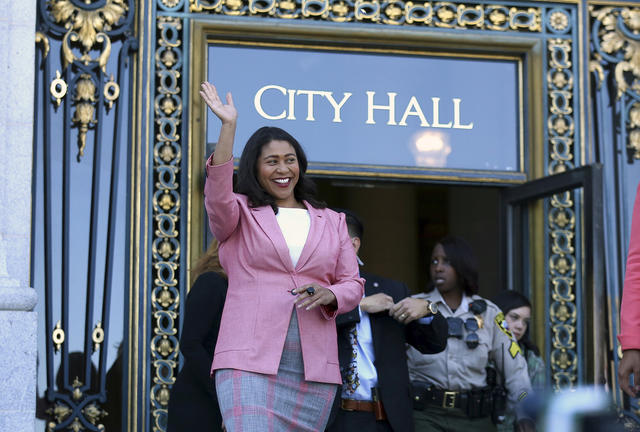 London Breed will be San Francisco's next mayor, the first black woman to hold the post.

She squeaked to victory past Mark Leno, a former state senator, who was gracious in defeat, saying, "Her success is San Francisco’s success.”

Breed — who supports injection sites for drug users and divestment from oil companies — is regarded as moderate in the lingo of San Francisco's liberal politics. “Whether you voted for me or not," she said from City Hall on Wednesday, "as mayor, I will be your mayor, too.”

The S.F. Chronicle columnist Heather Knight wrote a profile of Breed, 43, a couple months ago.

Read Knight's column in the Chronicle. 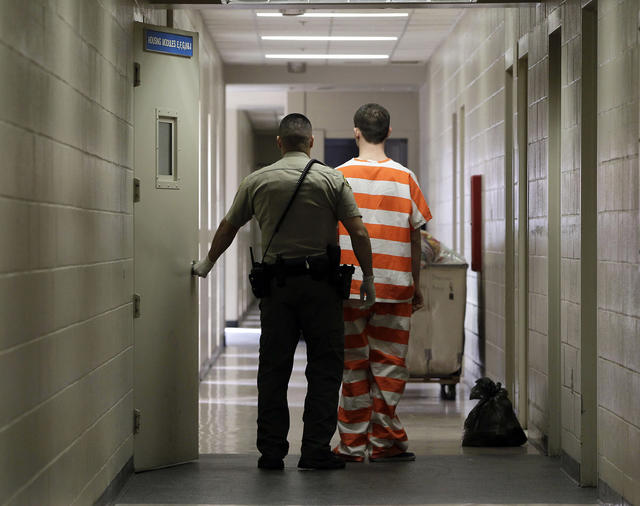 An inmate at the Madera County Jail. California has tried to reduce its prison population.

California voters’ decision to reduce penalties for drug and theft crimes in 2014 led to a jump in car burglaries, shoplifting, and other theft, a study found. Larcenies increased about 9 percent by 2016. Supporters pointed out that Proposition 47 did not result in more violent crime, and achieved other goals, including drops in prison populations along with the costs associated with them.

State legislators have been advancing a bill that would force public companies to include women on their boards. Members of the L.A. Times editorial board debated the idea over email. One congratulated the lawmakers "for making us confront this gross disparity." Another called the proposal "social engineering at its worst, but so what else is new in Sacramento?"

President Trump’s endorsement of John Cox, a long stretch out of public office, a lackluster Latino voter turnout. Antonio Villaraigosa, the former Los Angeles mayor, reflected on what went wrong in his bid for governor. “I have no regrets," he said. "I left it all on the field.” 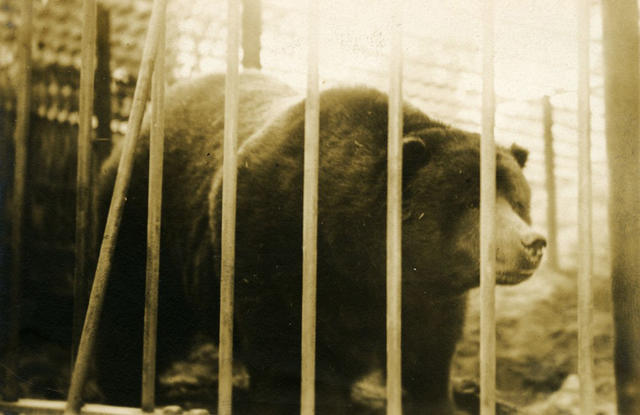 Monarch, one of California's last grizzly bears, in an enclosure at Golden Gate Park, circa 1910.

Long read: Nearly a century has passed since the last wild grizzly bear was seen in California. In that time, suburbs have sprawled, habitats have vanished, and the human population has exploded. Yet a group of conservationists is studying how to reintroduce the animal that looms large in the Californian imagination. "California is a state of big dreams," one supporter said, "and it has really caught on."

A ballot initiative in Napa County that would restrict vineyard planting bitterly divided the valley. Supporters said profit-hungry growers were abusing the landscape. Opponents said the measure would sabotage the region's lifeblood industry. Now, with most ballots counted, the measure's author says it appears doomed. “This movement will not be diminished,” he said. “It will go forward.” 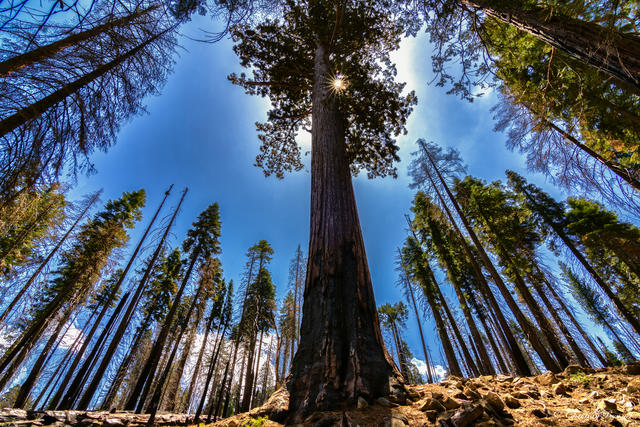 Mariposa Grove is home to more than 500 mature giant sequoias.

Mariposa Grove, the largest of Yosemite's three sequoia groves, is reopening on Friday after being closed for nearly three years. A $40 million restoration project was completed in part to protect the trees, among the world's largest, from tourists trampling the roots. Visitors will now stroll along a new boardwalk. A former parking lot is now forest floor.

"Larry Page's flying car project suddenly seems rather real." A co-founder of Google unveiled the latest iteration of his Kitty Hawk Flyer. It looks a bit like a human-sized drone, with 10 battery-powered propellors and two control sticks. The company hasn't said when the Flyer would go on sale or how much it would cost. 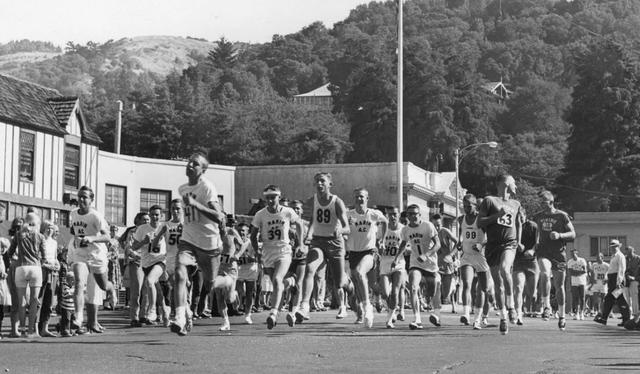 Competitors at the start of the Dipsea Race, circa 1950s.

The Dipsea Race is said to be the country’s oldest trail-running race. It's also punishing, "a topographically schizophrenic romp" through the redwoods, up Mount Tamalpais, and down to Stinson Beach. But the toughest part is mental, knowing that the slowest runners get a head start. "It is like unloading a zoo’s worth of animals in reverse order of mobility and releasing the cheetahs at the end."

An 1858 house overlooking the Hudson River in New York, a lakefront condominium in Chicago, and a storybook-style house on Belvedere Island in Marin County. Here's what $4.75 million buys you right now.

Jose Luis Garcia, a legal resident of the U.S. who arrived in the country nearly 50 years ago, was arrested by I.C.E. agents while drinking his morning coffee outside his San Fernando Valley home, his family said. The authorities told the family that Garcia "has past criminal convictions that make him amenable to removal from the United States.” Garcia's daughter said he is in shock. “He is obviously devastated."

Palmer Luckey, the 25-year-old founder of Oculus, is trying to fuse virtual reality and surveillance technology to create a virtual border wall to replace President Trump's hopes of a physical one. The technology from his new startup, based in Orange County, has been tested by the federal government, and has already helped customs agents "catch 55 unauthorized border crossers."

Los Angeles police are investigating reports of elder abuse against Stan Lee, the 95-year-old Marvel Comics legend. A restraining order has been filed against Keya Morgan, who has claimed to be Lee's caregiver. Morgan was arrested after he called 911 and said burglars were in Lee's house when in fact two detectives and a social worker were there to conduct a welfare check. 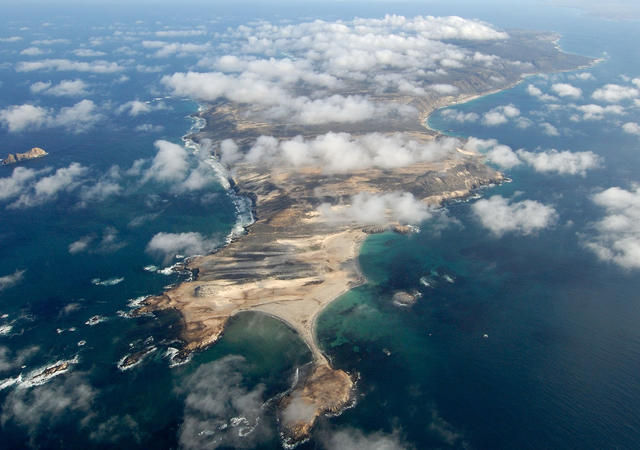 San Miguel Island, where the remains of an ancient man were discovered.

In 2005, archeologists found a Native American man who died 10,000 years ago buried on one the Channel Islands. His remains were excavated and studied. Then, rather than being stored in some facility, they were handed over to a local Chumash tribe. Last month, among singing and the burning of sage, the so-called Tuqan Man was reburied on the island. “We’re very happy that we could lay this man to rest,” a tribal official said. 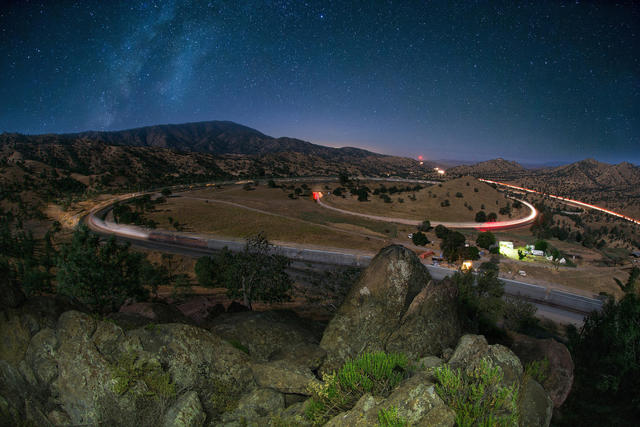 The Southern Pacific Railroad built the Tehachapi Loop in the 19th century. 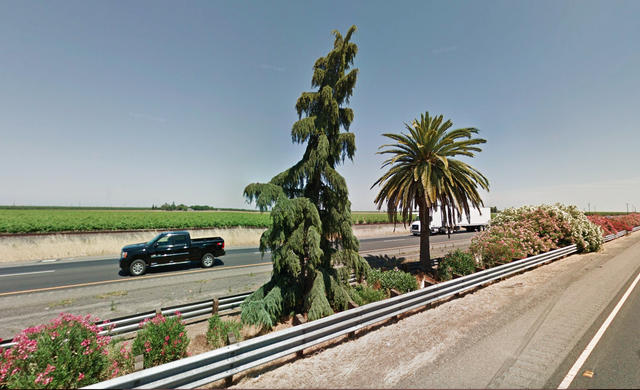 The cedar and palm trees along Highway 99 as seen via Google Maps. 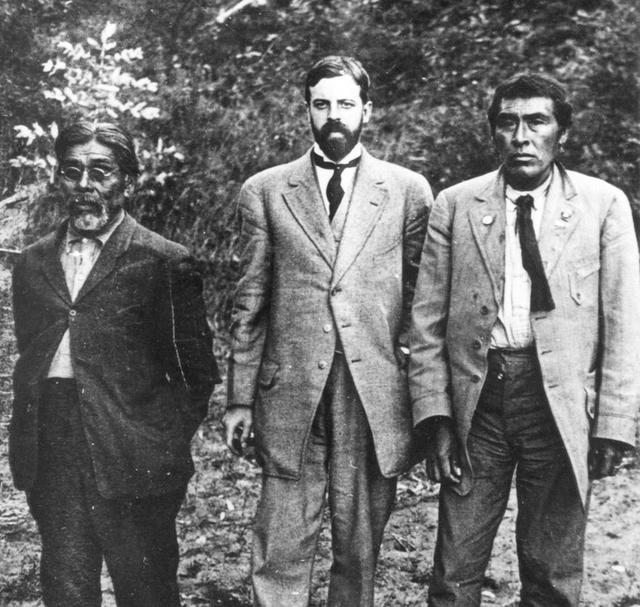 From left, Sam Batwai, a Yahi translator; Alfred Kroeber, an anthropologist; and Ishi in 1911.