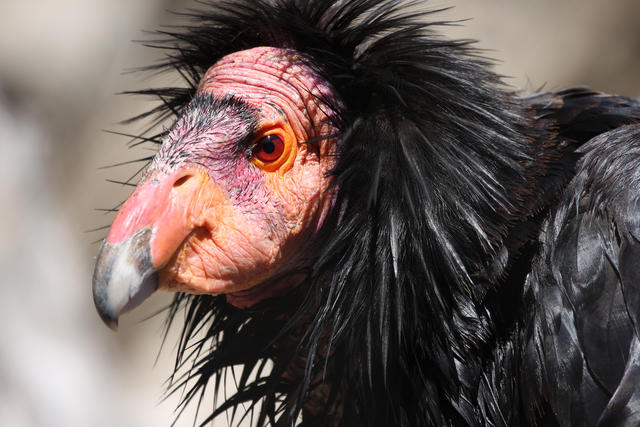 The lawsuit says species including the grizzly bear, humpback whale, and California condor, pictured above, would be threatened by relaxed provisions.

California Attorney General Xavier Becerra announced a lawsuit challenging the Trump administration's move to weaken the Endangered Species Act. Joined by attorneys general from 16 other states, the lawsuit is California's latest in a blitz of legal challenges to the president's policies. "The only thing we want to see extinct are the beastly policies of the Trump administration putting our ecosystems in critical danger," Becerra said. L.A. Times | KQED

During a phone conversation between Speaker Nancy Pelosi and President Trump on Tuesday, the president abruptly changed the subject to the whistleblower complaint over his communications with Ukraine. "Mr. President," Pelosi told him, "you have come into my wheelhouse."

The N.Y. Times wrote: "At a deeply divisive moment in American politics, the speaker is confronting the president yet again, by drawing on something Mr. Trump does not have: an intimate knowledge of the intelligence community." N.Y. Times | Business Insider

Gas prices in California rose to their highest level in nearly seven years after several unexpected refinery problems. The average statewide price is $3.78 gallon, compared to a national average of $2.66. A petroleum analyst said California's prices could soar to $4.30 in the next couple weeks. L.A. Times | KGTV

California charges the highest taxes and fees on gas in the nation. Kiplinger 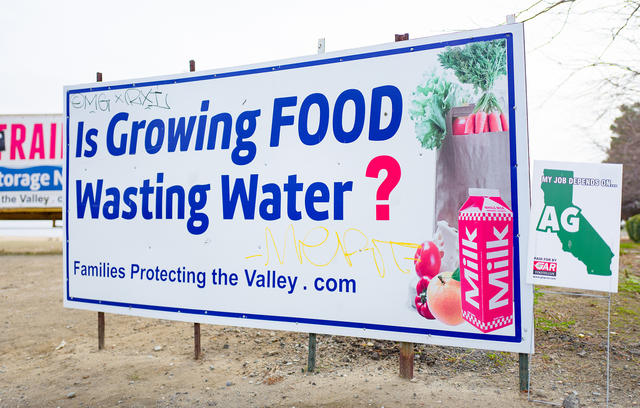 Starting in January, California farmers will have to gradually rein in the amount of water they can pump from wells thanks to a new law aimed at restoring aquifers. Achieving that, according to one estimate, will require retiring up to 14 percent of San Joaquin Valley farmland. "It could devastate the economy of the entire San Joaquin Valley," the Sacramento Bee wrote. Sacramento Bee

Another threat to the farm region: invasive swamp rodents that weigh 20 pounds and eat like crazy. A.P. 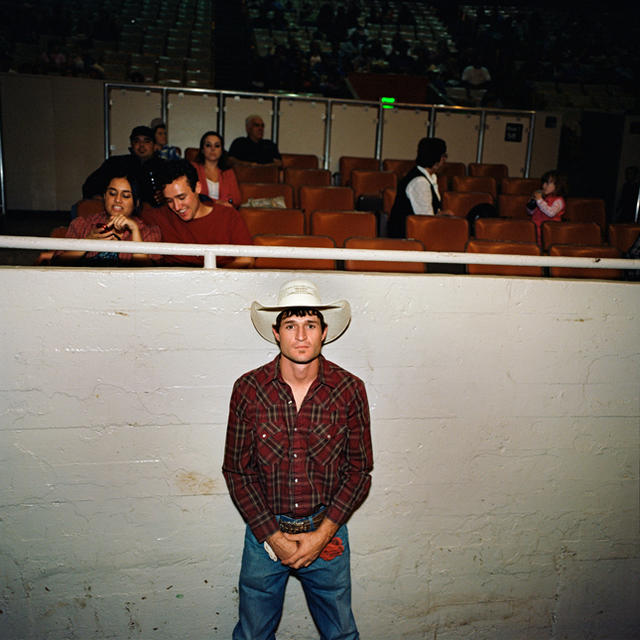 In 2011, photographer Lisa M. Hamilton traveled nearly 10,000 miles around the the state with one goal in mind: To reintroduce rural California to the rest of the state. Her project, called "Real Rural," is a fantastic catalogue of the diversity of lifestyles cradled by a state larger than the 12 smallest U.S. states combined. RealRural.org | Popular Photography 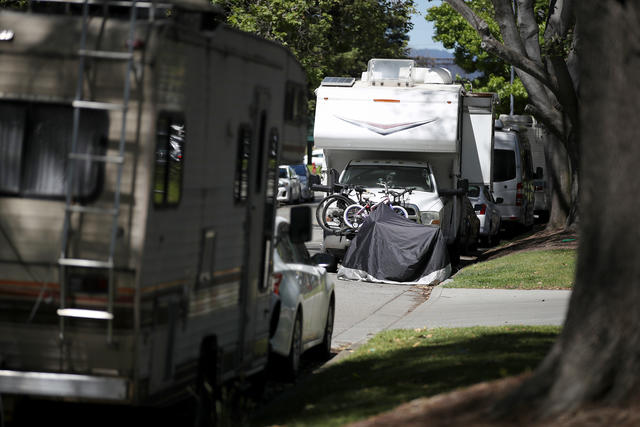 RVs are parked across from Google headquarters in Mountain View.

Mountain View has decided to ban RV dwellers on most of its city streets. The number of people living in vehicles in the city has swollen thanks in large part to the region's crushing housing costs. But locals are fed up with trash and encroachment into bike lanes. "At some point in time, you just have to make some decisions. And they're not easy," an official said. "I'm not excited or happy to do this, but that's what we’re here to do." Mercury News 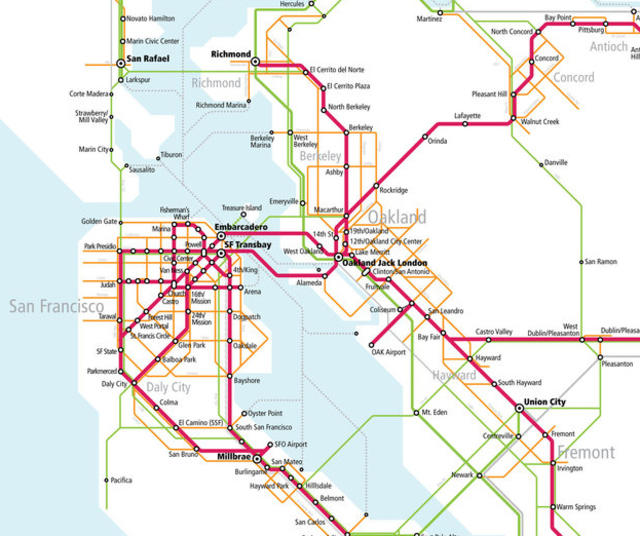 A detail from the "Seamless Bay Area Vision Map."

In a number of European metropolitan areas, transit riders get one card with one charge that lets them travel set distances — on any combination of trains, buses, and ferries. They also facilitate seamless transfers throughout the system. The Bay Area? Not so much. But a movement is growing to change that.

An advocacy group published a map, pictured above, of what a seamless public transit system might look like. If put into reality, it said, hundreds of thousands of new jobs would be put within reach for Bay Area residents. Mercury News | Seamless Bay Area

According to this analysis, San Francisco is the best big metro in the country to live car-free. CityLab

Vaping was held up as a trendy alternative to cigarettes. Now, amid a public uproar over youth vaping, Juul Labs has replaced its chief executive with a veteran of Big Tobacco. The newly anointed boss, K.C. Crosthwaite, a top official at Altria, told employees at the San Francisco company that his appointment wasn't a sign that the Marlboro maker was taking over. N.Y. Times | Wall Street Journal 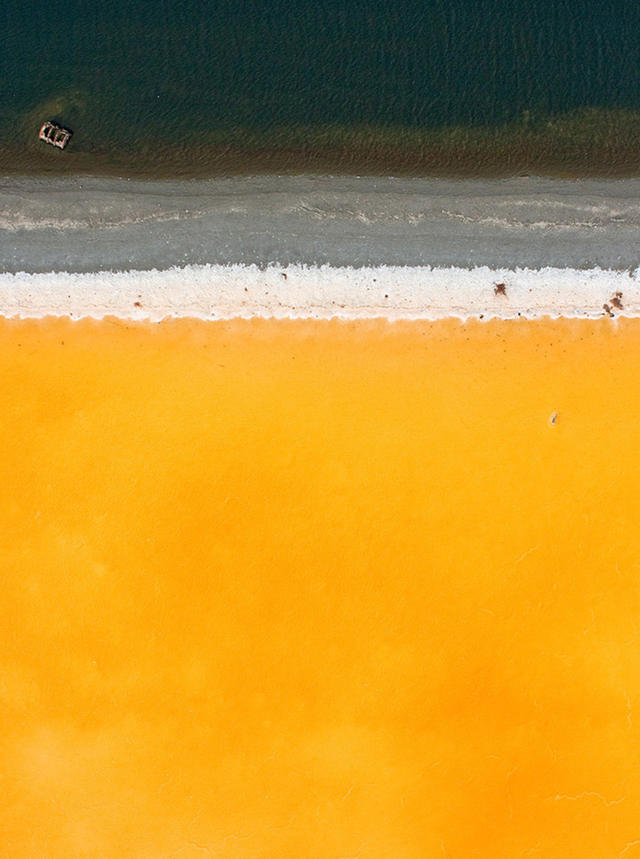 Beginning in the mid-1800s, the San Francisco Bay's salt pond operation was a major industry. Then in 2003, most of it was sold to the public to be restored back into wetlands. But part of the Redwood City site was left out of the deal. It's there that Cargill Salt, the Minnesota company that owns it, proposed to build a megadevelopment.

Now, Attorney General Xavier Becerra and several conservation groups are suing the EPA for deciding to do away with federal protections of the waters and thereby essentially greenlighting construction. Mercury News | S.F. Chronicle

Cris Benton's amazing aerial photos of the salt ponds are a kaleidoscope of colors and textures. Berkeleyside | Sierra Club 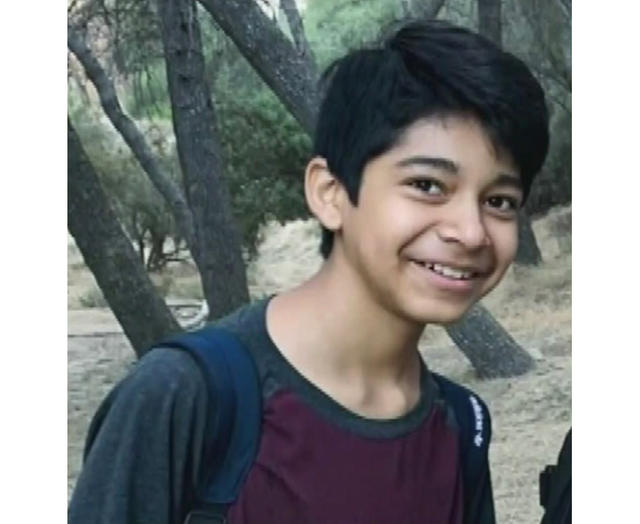 "This is a life-changing tragedy for everyone involved."

A 13-year-old boy died after being punched by another student at a Moreno Valley middle school. The Sept. 16 attack, which was captured on video and set off an uproar in the community, led to two students being arrested. They remain in juvenile detention. The family of the victim, identified only as Diego, planned to donate the boy's organs. NBC Los Angeles | Inland Valley Daily Bulletin

Riverside County prosecutors said they would not file criminal charges against an off-duty L.A. police officer who fatally shot an intellectually disabled man inside a Costco store last June. Kenneth French, who had pushed the officer, was shot three times in the back and once in the shoulder. But a grand jury found charges unwarranted, a decision District Attorney Mike Hestrin said he would stand by. He added: "I am not condoning this shooting." L.A. Times | Press-Enterprise 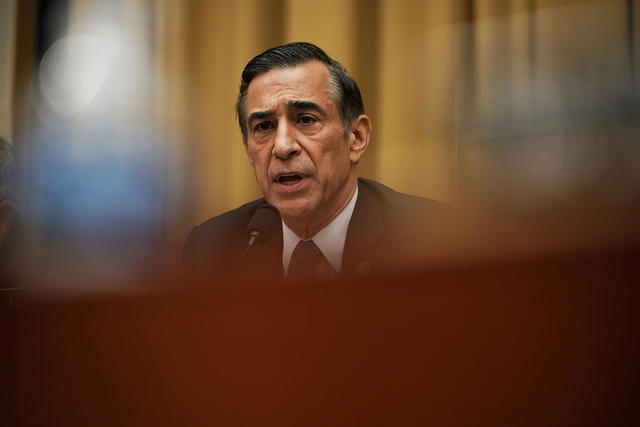 Darrell Issa was one of former President Obama's chief antagonists.

Former Rep. Darrell Issa, the deep-pocketed businessman and Trump ally, is expected to announce Thursday that he will challenge fellow Republican Rep. Duncan Hunter for his San Diego County district. Hunter is facing charges of siphoning campaign funds for personal use. "[Issa] is rock solid and has enough financially to lock this down," another Republican said. S.D. Union-Tribune | A.P.

Science has shown that being nice makes you healthier. Now UCLA is launching the world's first interdisciplinary research institute on kindness. Its goal? To promote a more humane world. "In the midst of current world politics, violence, and strife, the UCLA Bedari Kindness Institute seeks to be an antidote," the social sciences dean said. L.A. Times | UCLA 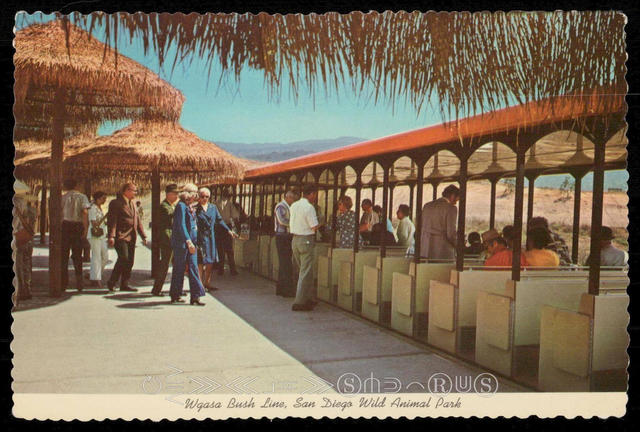 An old postcard of the Wgasa Bush Line Railway.

In the 1970s, officials at San Diego's wild animal park wanted an African-sounding name for the park's original monorail. So they went with Wgasa Bush Line Railway.

Wgasa is an acronym for "Who gives a s--- anyway." The name survived for three decades. Snopes | Voice of San Diego

An item in Wednesday's newsletter misidentified the location of Slab City. It's in the Sonoran Desert, not the Mojave.