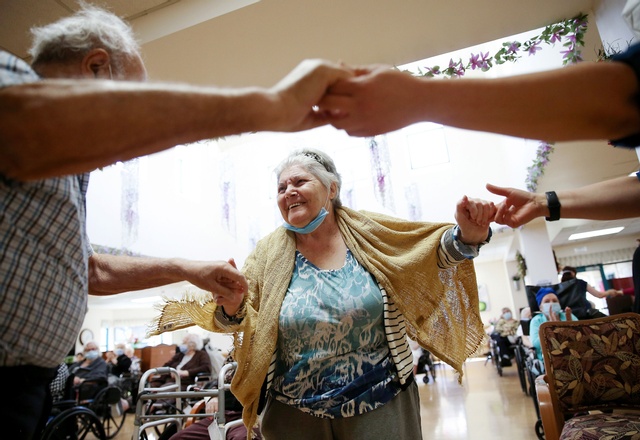 Vaccinated residents danced during a concert at the Ararat Nursing Facility in Los Angeles on April 1.

California's seven-day rate of new coronavirus cases — 40.3 per 100,000 people — is now the lowest in the continental U.S., a remarkable milestone after a winter surge transformed the state into the epicenter of the pandemic. Case rates over the same period were 65.9 in Texas, 200.6 in New York, 201.1 in Florida, and, at the other end of the spectrum, 483 in Michigan. L.A. Times

California's nominee for state attorney general, Assemblyman Rob Bonta, was shaped by the progressive political culture of the East Bay. Police reform activists are counting on him to depart from the approach of his predecessor, Xavier Becerra, who was accused of shielding cops who abused their power. “We need to rebuild trust between law enforcement and communities,” Bonta told lawmakers considering his nomination on Wednesday. “Accountability is part of that trust.” A.P. | S.F. Chronicle

In 1991, Tucker Carlson identified himself as a member of the “Dan White Society” in his Trinity College yearbook, reports said Thursday. Dan White was the name of the man who gunned down San Francisco Supervisor Harvey Milk and Mayor George Moscone in 1978. “I’m rarely at a loss for words," said Cleve Jones, who was a friend of Milk's, "but this is truly despicable and well beyond the garden variety homophobic crap we’ve come to expect from this guy.” The Fox News host, who was born in San Francisco and raised in La Jolla, hadn't responded to the story by late Wednesday. S.F. Chronicle | The Wrap 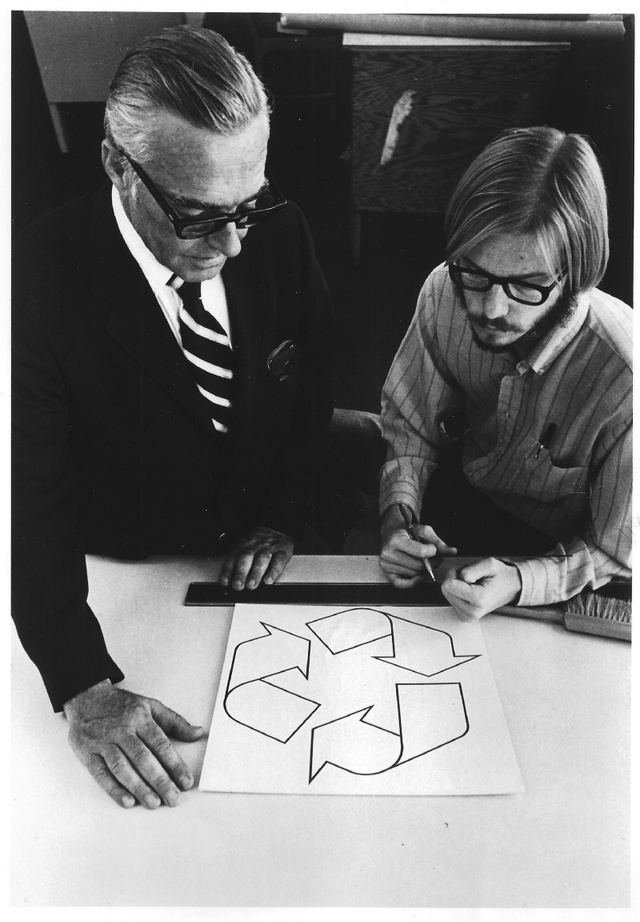 Gary Anderson, right, with his recycling symbol in 1971.

In 1970, Gary Anderson was an architectural student at USC when he saw a notice for a design contest inspired by the first Earth Day, held on this day 51 years ago. The challenge was to create a symbol for recycled paper that would be transferred into the public domain. Intrigued, he gave it a go, sketching three endless looping arrows. It took "a day or two,” he later said. He won, then used his $2,000 in prize money to study abroad.

Only years later, when he started seeing the symbol everywhere, did Anderson realize he had created a design classic on the level of those for Coca-Cola or Nike. In a 2012 interview in FT Magazine, Anderson weighed the impact of his artwork against his decades-long career as an architect. "I feel much closer to the recycling symbol now than I used to," he said. "Maybe this design is a bigger part of my life’s contribution than I had thought but still, I’d hate to think that my life’s work is defined by it. There’s more to me than the recycling symbol." 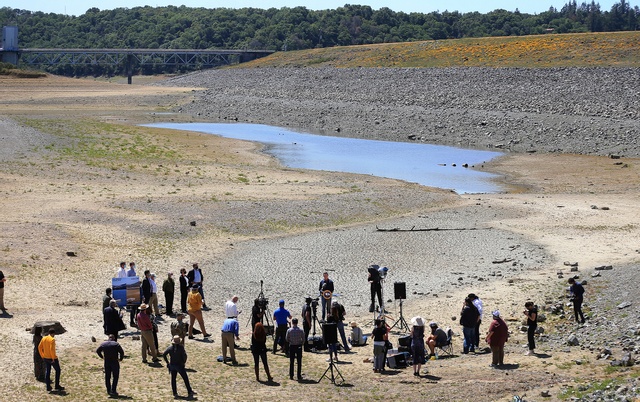 In a rare move, Contra Costa prosecutors on Wednesday charged a sheriff's deputy with manslaughter and assault in the fatal shooting of an unarmed man during a slow-moving car pursuit in 2018. Video showed Deputy Andrew Hall running toward a sedan driven by Laudemer Arboleda, 33, then opening fire as Arboleda’s car passed by.

As prosectors were investigating the case for an unusually long two and a half years, Hall fatally shot another man, Tyrell Wilson, on March 11. Body camera video of that shooting, released on Wednesday, shows Hall approaching Wilson in an intersection, then firing at his head after Wilson presented a knife and said, "Kill me." S.F. Chronicle | A.P. 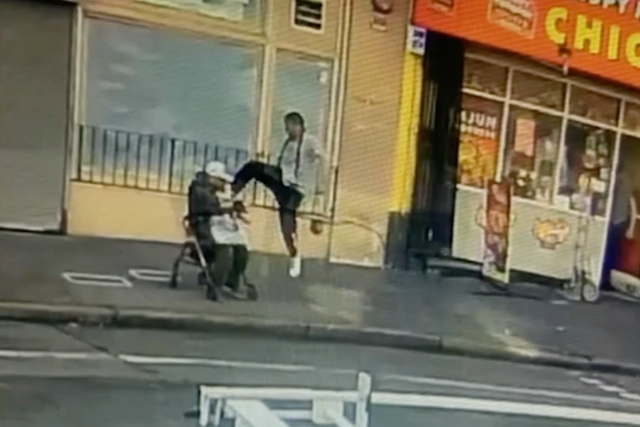 In February 2020, 84-year-old Rong Xin Liao was violently kicked to ground by an attacker in San Francisco. He suffered a broken collarbone, a skull fracture, and likely brain damage. According to his family, Liao was adamant about pressing charges. So he was stunned this week when he learned that the suspect, 24-year-old Eric Ramos-Hernandez, had been "diverted" into a treatment program. The family is now accusing District Attorney Chesa Boudin's office of exploiting Liao's lack of English skills to advance Boudin's platform of restorative justice. HereSay Media

Jason Yu, a 30-year-old San Franciscan with two kids, wanted to open an ice cream shop. He found the perfect spot, a long-vacant former restaurant on 20th Street. He signed a lease, submitted paperwork, and fought off legal objections from a competing ice cream shop. A morass of red tape and fees followed. Nearly two years and $200,000 later, Yu has finally given up. He said he might try to open something in another city someday: “For sure I will not try to do anything in San Francisco. It just doesn’t make sense.” S.F. Chronicle 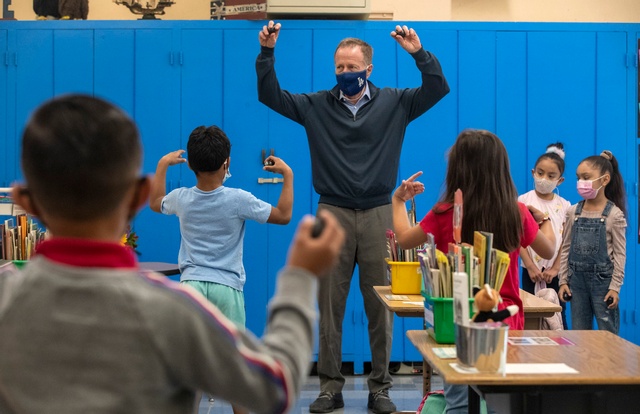 Across the country, pandemic-fatigued civic leaders have been reassessing their service. The latest to make a move: Austin Beutner, who said Wednesday that he would step down as superintendent of the Los Angeles Unified School District in June. “This job is extraordinarily demanding, even in ordinary times,” he said, adding, “It’s been a long three years.” N.Y. Times | L.A. Times

Over the last couple years, Brentwood School, an exclusive prep academy in Los Angeles, reworked its curriculum to align with anti-racism tenets. "To Kill A Mockingbird," "Lord of the Flies," and "The Crucible" were out. American Literature — a course that taught T. S. Eliot and Ernest Hemingway — became American Identity and Culture. “If you want your children to read the classics," one teacher was said to tell parents, "you should have them do it in their spare time." Some alumni welcomed the changes. Some parents were appalled by them. Overall, the campus has never been more divided. Los Angeles Magazine

When the Padres visit the Dodgers on Saturday, some spectators will watch from a "fully vaccinated fan section." Fans with tickets will have to present documentation like a vaccination card along with proof that at least two weeks have passed since being inoculated. Masks will still be required, but social distancing will not — as the Dodgers put it: “Persons seated in these sections will be seated directly next to other parties.” L.A. Times | CBSLA

Gif created from animation by FlightAware.

Every day over Los Angeles, small planes circle the skies dropping sterilized male flies to combat invasive Mediterranean fruit flies. You can see their symmetrical flight patterns in flight trackers, like the one depicted above.

In the 1980s, when Medfly outbreaks threatened California's agricultural industry, officials authorized widespread aerial spraying of malathion. The insecticide shattered the fly’s nervous system, but also unnerved many Californians, who accused then-Gov. Jerry Brown of poisoning them. Today — with Medfly populations suppressed but still not eradicated — the preferred method of control is the continual release of radioactively sterilized male flies, ensuring that their female partners have no offspring. Even that program occasionally causes alarm. During the 2020 summer protests, some mistook the drops for surveillance missions.

“The greatest economic disaster California has ever faced.” Retro Report did a nice little documentary on the battle against the Medfly in 2017. 👉 YouTube (~10 mins)