Restaurants across California are turning away customers because they can't find enough cooks, food servers, or kitchen staffers to do the job. The employment gap, said one industry leader, amounted to a “full-blown crisis." Among the reasons cited: frayed nerves, fear of the coronavirus, and federal aid that has provided a cushion to stay home. Federal lawmakers are being urged to expand visa programs for restaurant workers. A.P.

NASA released new satellite images, below, that reveal the dramatic effect of the drought on California's largest reservoirs: Shasta Lake and Lake Oroville. As of June 22, Shasta stood at 40% of capacity. Oroville was at 34%. The tan fringes seen around the water are areas normally under water, a phenomenon known as "bathtub ring." NASA Earth Observatory 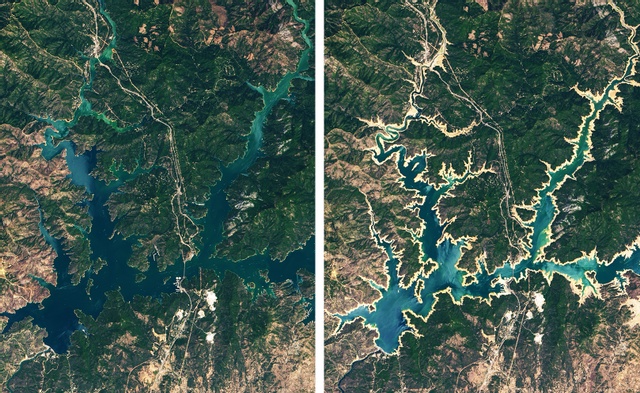 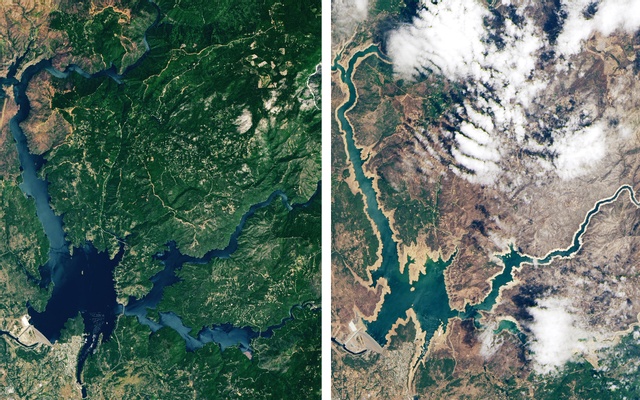 If Lake Oroville gets much lower, its giant hydropower plant could be idled for the first time ever. Sacramento Bee | CNN

In January, a lawsuit filed in California accused Subway of serving tuna sandwiches that “are completely bereft of tuna as an ingredient.” Intrigued, a New York Times reporter procured 60 tuna sandwiches from three Subway locations around Los Angeles and had them analyzed at a lab. The verdict: No identifiable tuna DNA. Experts however noted an important caveat: the tuna was cooked, making such results inconclusive at best. N.Y. Times

Tim Cook, the Apple chief executive, personally called Speaker Nancy Pelosi to deliver a warning: New antitrust bills aimed at undoing the dominance of Amazon, Apple, Facebook, and Google would crimp innovation and hurt consumers. The call was part of a massive pushback in Washington in which lobbyists have swarmed Capitol offices to dissuade lawmakers from enacting what would be the most sweeping set of antitrust legislation in generations. N.Y. Times

A coalition of 13 groups signed a letter to Congress warning that the legislation would “dramatically degrade” tech products. The letter didn't mention that all 13 groups were funded by companies that would be subject to bills' provisions. Gizmodo 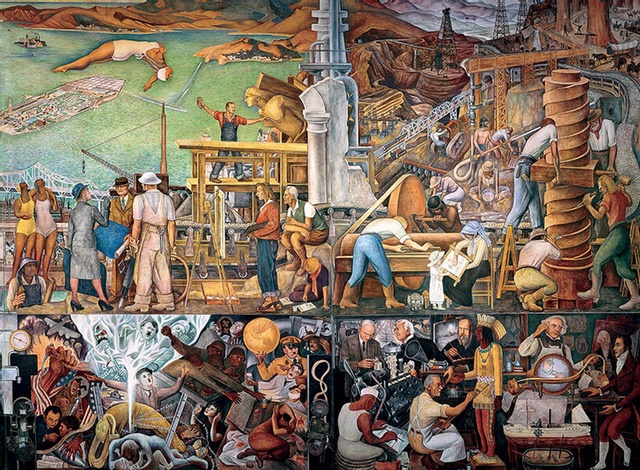 A detail from Diego Rivera's “Pan American Unity,” which celebrates the Americas.

“Pan American Unity” — a 30-ton, 74-foot-wide mural by the Mexican painter Diego Rivera — has been mounted in the lobby of a theater at City College of San Francisco since the early 1960s, hidden away from the art world. After a mammoth, four-year undertaking, it's now been carefully extracted and moved across town to San Francisco Museum of Modern Art, where it will go on display June 28. The N.Y. Times has a cool time-lapse of its installation. N.Y. Times | S.F. Chronicle

Two ciphers attributed to the Zodiac killer, who terrorized the Bay Area in the 1960s and ’70s, have baffled cryptographers and amateur sleuths for decades. In December, a 38-year-old French engineer named Fayçal Ziraoui read an article about the mystery and became obsessed. Two weeks after starting his quest, he claimed to crack the ciphers, revealing as the killer a career criminal in South Lake Tahoe who had been a suspect in the case. Many are skeptical. N.Y. Times | SFGate.com

Death Valley's magnificent Ubehebe Crater was formed when magma released by the shifting earth hit a pocket of underground water, setting off an epic steam explosion. A mushroom cloud like that of an atom bomb would have shot into the sky, geologists say, then collapsed and raced across the desert floor in the shape of a donut at 200 miles an hour, killing everything for miles around. Left behind was a geologic work of art, a bowl half a mile wide with bands of orange, rust, pink, and white. You can drive right up and walk into the crater itself. Though the chance of another explosion is small, visitors often can't help but feel a flutter of danger. 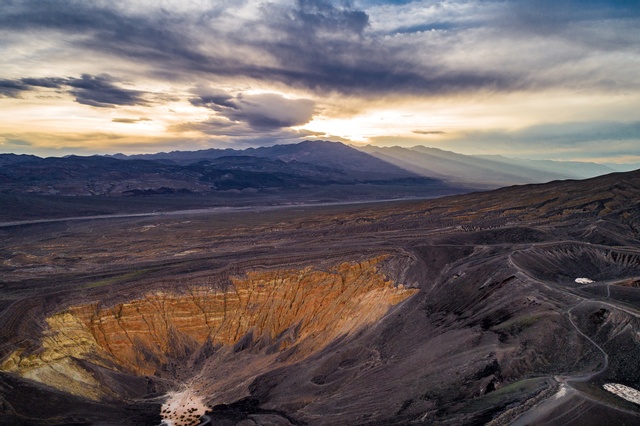 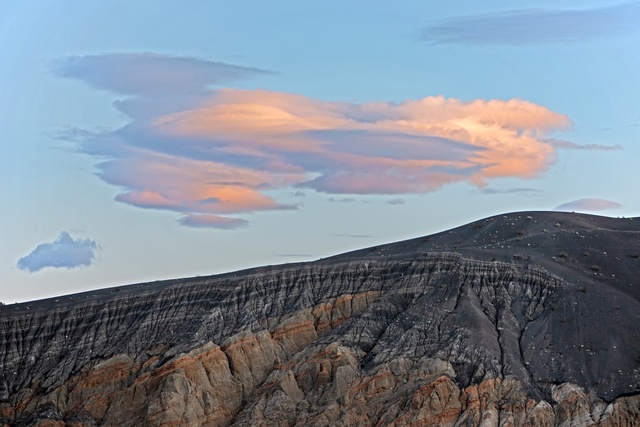 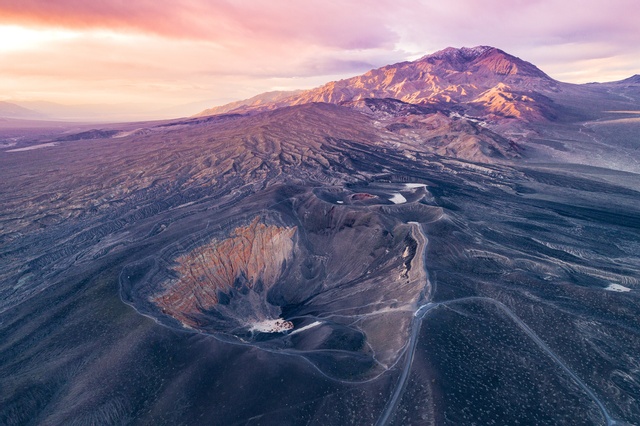 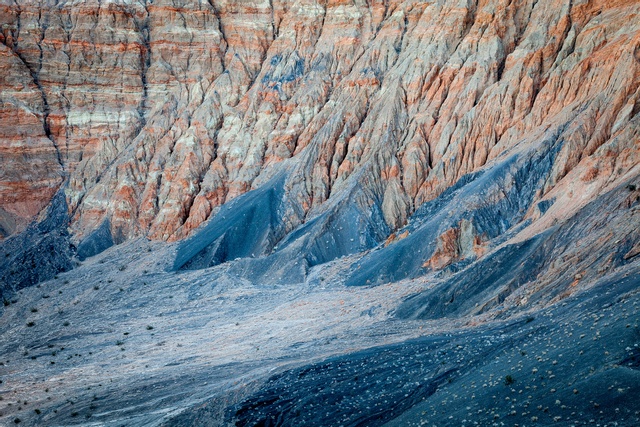 An analysis of satellite data found that the Southern California Sonoran desert has lost 37% of its plants since 1984. The scale of the die-off stunned scientists, who had hoped that hardy desert plants could survive the warming temperatures and meager rainfall. "They are not somehow super adapted to be able to withstand the effects of climate change," said James Randerson, a biogeochemist. Desert Sun | UC Irvine 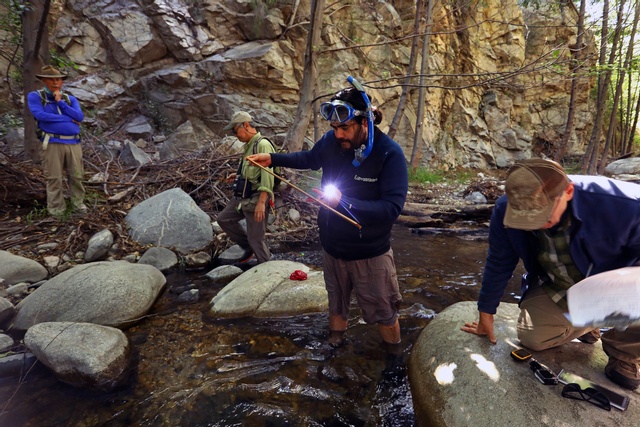 Conservationists conducted a survey of rainbow trout in the Arroyo Seco on May 23.

After a major wildfire last summer, state biologists hatched a plan to save threatened rainbow trout by transferring hundreds of them from the burn area to the Arroyo Seco, a creek 30 miles away. The problem is the city of Pasadena gets about 35% of its water from the Arroyo Seco, an allotment granted in part because there were no fish in the creek. That's led to one of California's most unusual water wars. L.A. Times 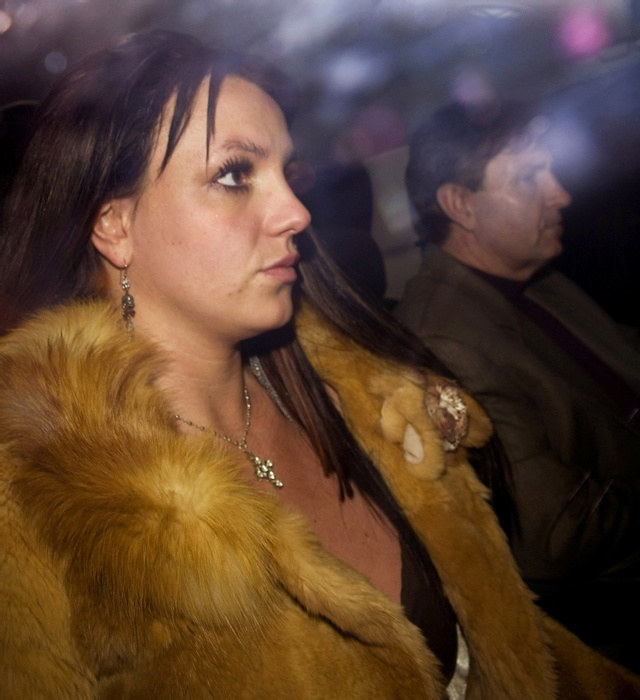 Britney Spears and her father in Hollywood in 2008.

A N.Y. Times report revealed that Britney Spears has quietly pushed for years to be freed from her father's control of her finances and personal life. Conservatorships are supposed to be a last resort for people who cannot take care of their basic needs. Yet Spears, 39, has been able to perform and profit for more than a decade. Among the details revealed in confidential court records:

Chris Brown, the singer who beat his then-girlfriend Rihanna in 2009, was accused of hitting a woman during an argument at the singer's San Fernando Valley home over the weekend, authorities said. Police responded and took a report but made no arrest. Since pleading guilty in the Rihanna case, Brown has faced multiple accusations of threatening and violent behavior. NBC News | TMZ

Roughly 35 cows made a dash for freedom from a slaughterhouse in Pico Rivera late Tuesday, stampeding through residential streets and causing light mayhem. News helicopters covered the story from the sky in the style of a classic Los Angeles police pursuit. A few of the cows paused to munch on lawns. One was hit by a car. Another was fatally shot by law enforcement. When a man tried to corral one of the beasts, it knocked him to the ground and stepped on him. FOX 11 | KABC

An item about Subway tuna in an earlier version of this newsletter left out some important context. While an analysis of the tuna found no identifiable tuna DNA, the N.Y. Times noted that once fish is cooked, its proteins break down, making such results inconclusive.